Losing someone close is, no doubt, a painful experience.

It’s even more difficult to cope with the loss when memories of the good ol’ days hit you with pangs of nostalgia. 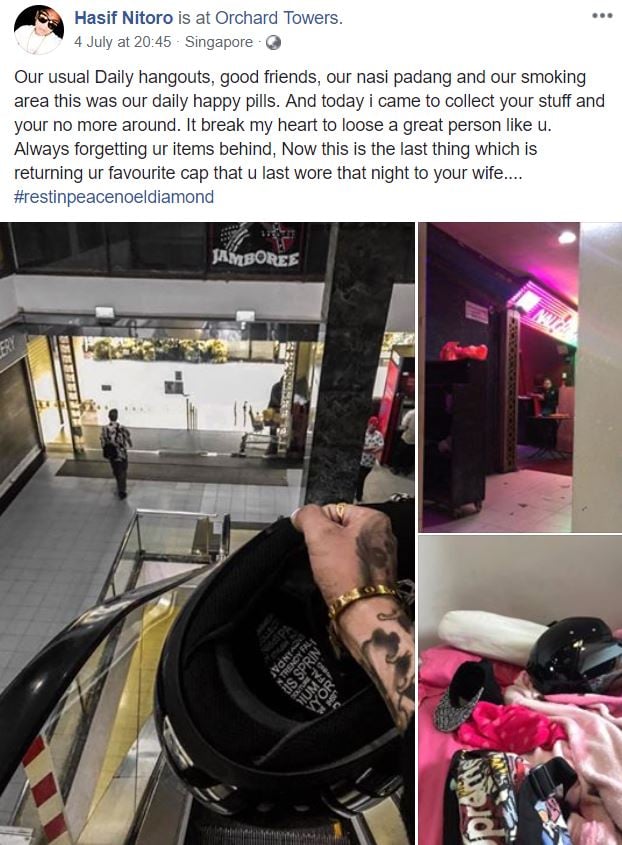 On Thursday (4 Jul), he took pictures of Mr Satheesh’s belongings after going back to retrieve them at Orchard Towers — the very place the victim’s life was taken too soon.

Mr Satheesh is remembered fondly by his friends and family as a caring father of two.

In a brief, but emotional tribute to Mr Satheesh, Mr Hasif wrote,

Our usual daily hangouts, good friends, our nasi padang and our smoking area, this was our daily happy pills.

He shared that he had gone to collect Mr Satheesh’s stuff and mourned that fact that he was no longer around.

Mr Hasif also returned his friend’s “favourite cap” that he wore on the last night to his wife, in an emotional tribute to his friend.

Satheesh left his cap behind

From Mr Hasif’s post, he had gone to an outlet on the 2nd floor of Orchard Towers to collect Mr Satheesh’s cap. 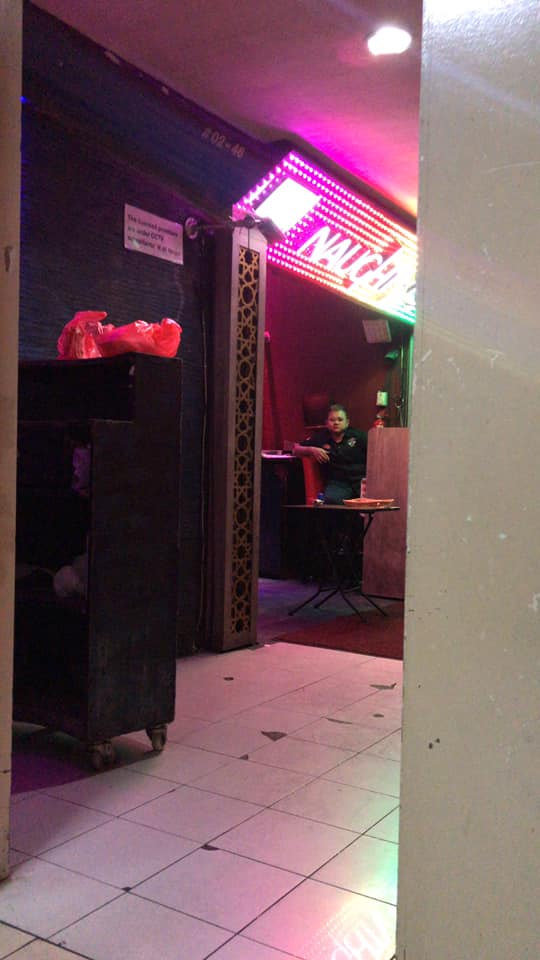 He fondly described the victim as a forgetful person, “always forgetting your items behind.”

Another friend of Mr Satheesh’s left a comment on the post, saying that this was the last place they enjoyed a night out together – with Hello Panda snacks – on the Saturday before his untimely demise on 2 Jul.

Mr Hasif then ended his post with a picture of Mr Satheesh’s bed and array of pink-coloured possessions, saying “Sitting in your bed but you’re not here.”

A kind soul with many friends

Last Friday (5 Jul), The Straits Times reported that Mr Satheesh, who worked as a chemist, last spoke to his mother on the night of 1 Jul.

She called him at around 7pm to ask about his wife and two young kids. Though he had to cut their conversation short as he was in the toilet.

That was the last time she heard from him.

She related that he was a kind soul and had many friends, who remembered him as a caring father.

After getting off the phone with his mother, Mr Satheesh, 31, was killed several hours later in a brawl at Orchard Towers.

7 people – 6 men and 1 woman – were charged with his murder last week.

According to The Straits Times, they were arrested by the police within 12 hours of Mr Satheesh’s death. Investigations are still under way for another individual, who was also arrested last Tuesday (2 Jul).

Cherish your loved ones everyday

From Mr Hasif’s post, we are once again reminded that all life is fragile. You’ll never know when could be the last time you’re seeing somebody.

Cherish the time you have with your loved ones everyday, because life is unpredictable.