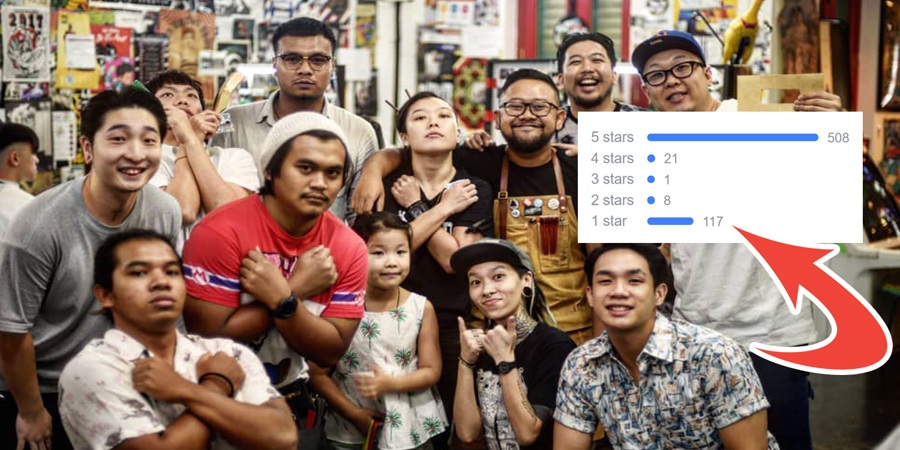 They May Be A Small Business, But That Didn’t Stop Them From Being The Bigger People

What would you do if you woke up one morning to find your business page on Facebook flooded with 1-star reviews? Some might report them to Facebook to have them removed.

But not The Panic Room, a barbershop nestled in a shophouse in Geylang.

On Tuesday (24 Jul), its owners found that its Facebook rating had dropped from 4.7 to 3.9 stars, after an onslaught of alleged spam 1-star reviews.

The sudden dip in its ratings is surprising, given The Panic Room’s popularity. Even though their prices are way higher than the average heartland barbers, The Panic Room remains a popular barbershop for locals and others abroad — customers may have to book their appointments a month beforehand during peak periods.

Our research shows that the seemingly fraudulent reviews were posted on Monday night, between 11.14pm and 11.15pm. That’s right, seventeen 1-star reviews were posted in 2 minutes. Some of these reviews have been taken down after social media vigilantes confronted the users responsible for the reviews

Reviews were not justified by comments and the people behind them appear to be outside of Singapore.

Needless to say, the chances of these reviews being real are rather slim.

Here are screenshots of some of the reviews.

They chose to be the bigger man

While most companies caught in the same situation would understandably report these spam reviews to have them removed, The Panic Room decided to lan-lan (suck it up) and not do anything about it.

A post shared by The Panic Room SG (@thepanicroom_sg)

They explained on Instagram that small businesses like themselves are “bigger than the reviews that they(we) get online”. In the same post, the owners theorise that the spam reviews were likely the work of a salty customers who didn’t get his haircut because he was late.

The Panic Room has a strict policy against latecomers: customers late for more than 10 minutes may have their haircuts denied.

It may sound over the top, but it’s all in the name of customer satisfaction. After all, who enjoys waiting in line for their haircut?

You have my support, #geylangtakeover squad

As someone who has frequented The Panic Room for nearly 2 years, I can attest for its top-notch customer service. In fact, it’s one of the reasons why I continue to patronise the joint, despite fierce competition from other barbershops.

So a dip in its Facebook ratings might not make much difference to me – but it might sway the mind of a someone who’s never been to The Panic Room.

The owners might have decided not to act but the store’s loyal following did. They stepped in to flood the page with 5-star reviews, helping increase its rating to 4.2.

And that’s the way I think it should be.

What do you think of The Panic Room’s response to the incident? Let us know in the comments below.

Featured image from The Panic Room. 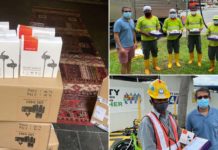