Humanity at its best.

During the ‘Circuit Breaker’ (CB), private-hire and taxi drivers are severely affected due to the decreasing number of customers. Still, many of them continue reporting for work.

On Tuesday (5 May), a taxi driver Mr Kenneth Chan took to Facebook to share a story of how a kind-hearted passenger made his day.

The woman, who apparently works as a cleaner, generously tipped him $10, even though she lives in a one-room HDB flat, saying that she’s aware of the struggles taxi drivers are facing now. 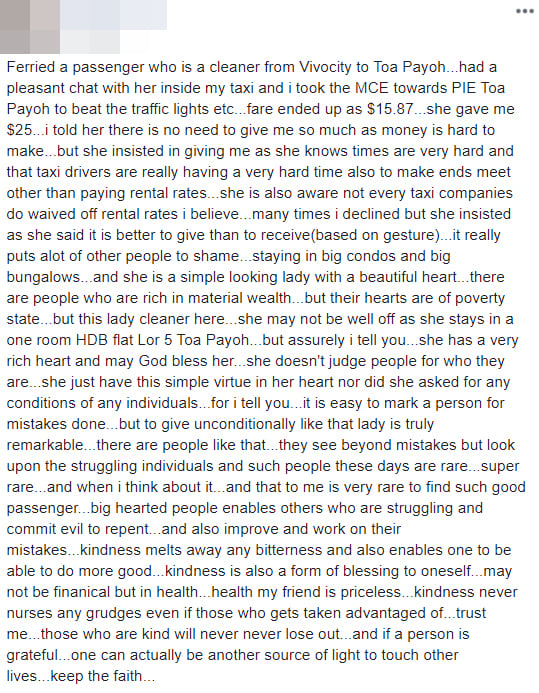 According to Mr Chan’s post, the encounter apparently took place on Tuesday (5 May).

During the ride from Vivocity to Toa Payoh, Mr Chan had a nice time conversing with his passenger, who reportedly works as a cleaner. 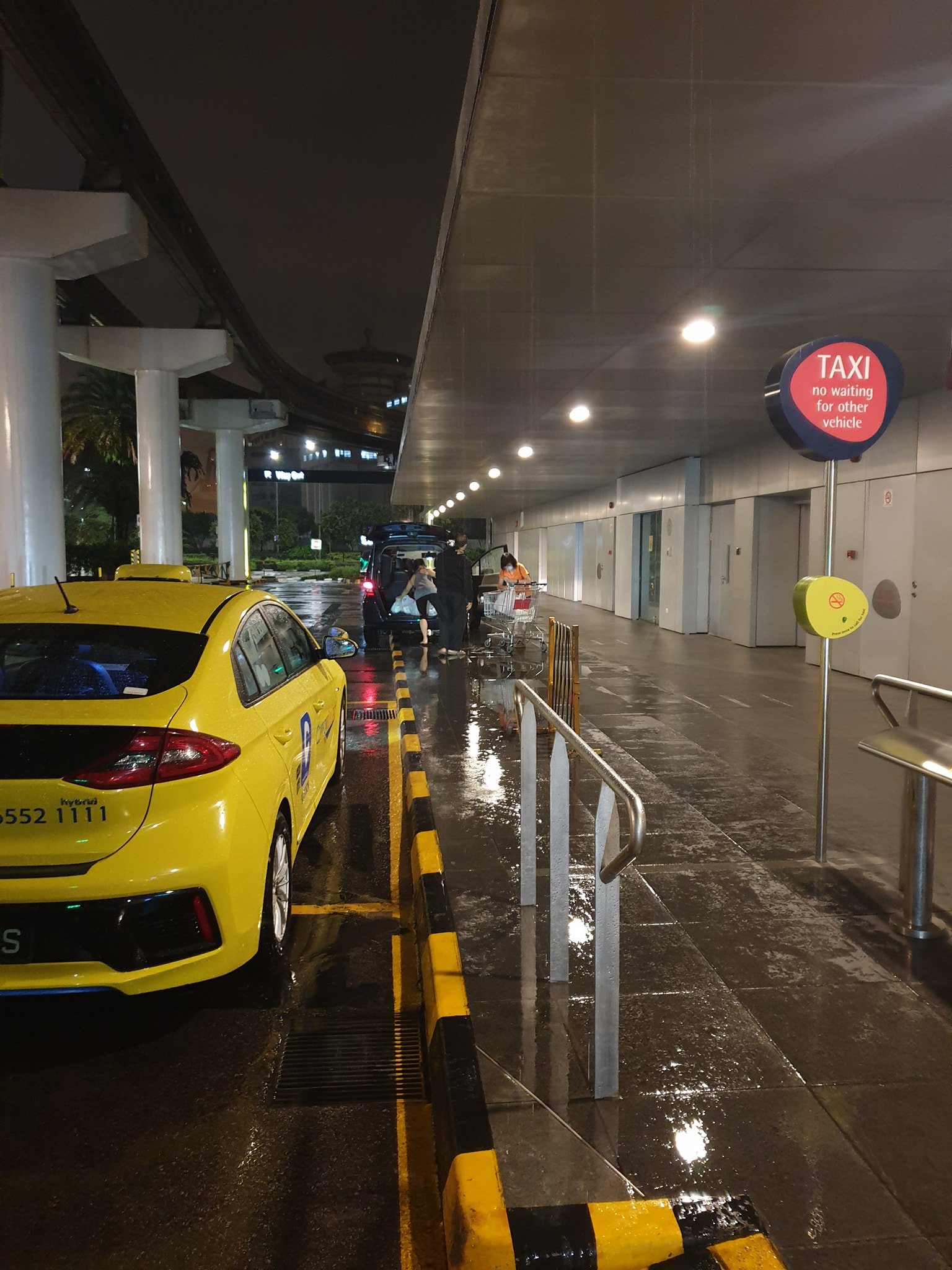 When they reached the destination, the final fare amounted to $15.87. But instead of paying the amount stated on the meter, the passenger allegedly gave Mr Chan $25. 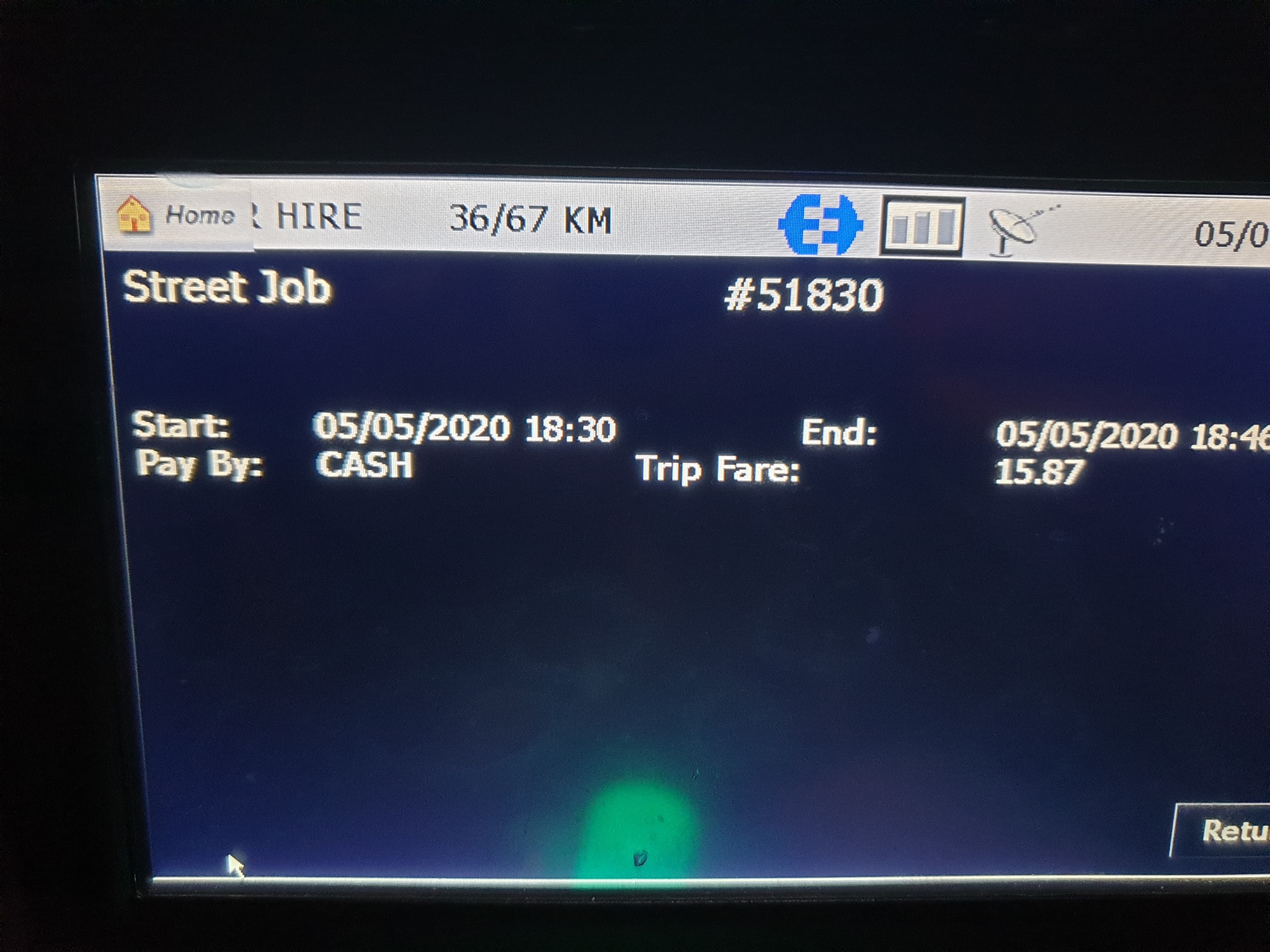 Mr Chan initially rejected the tip, explaining that she should keep it for herself as money is “hard to make” during this period. 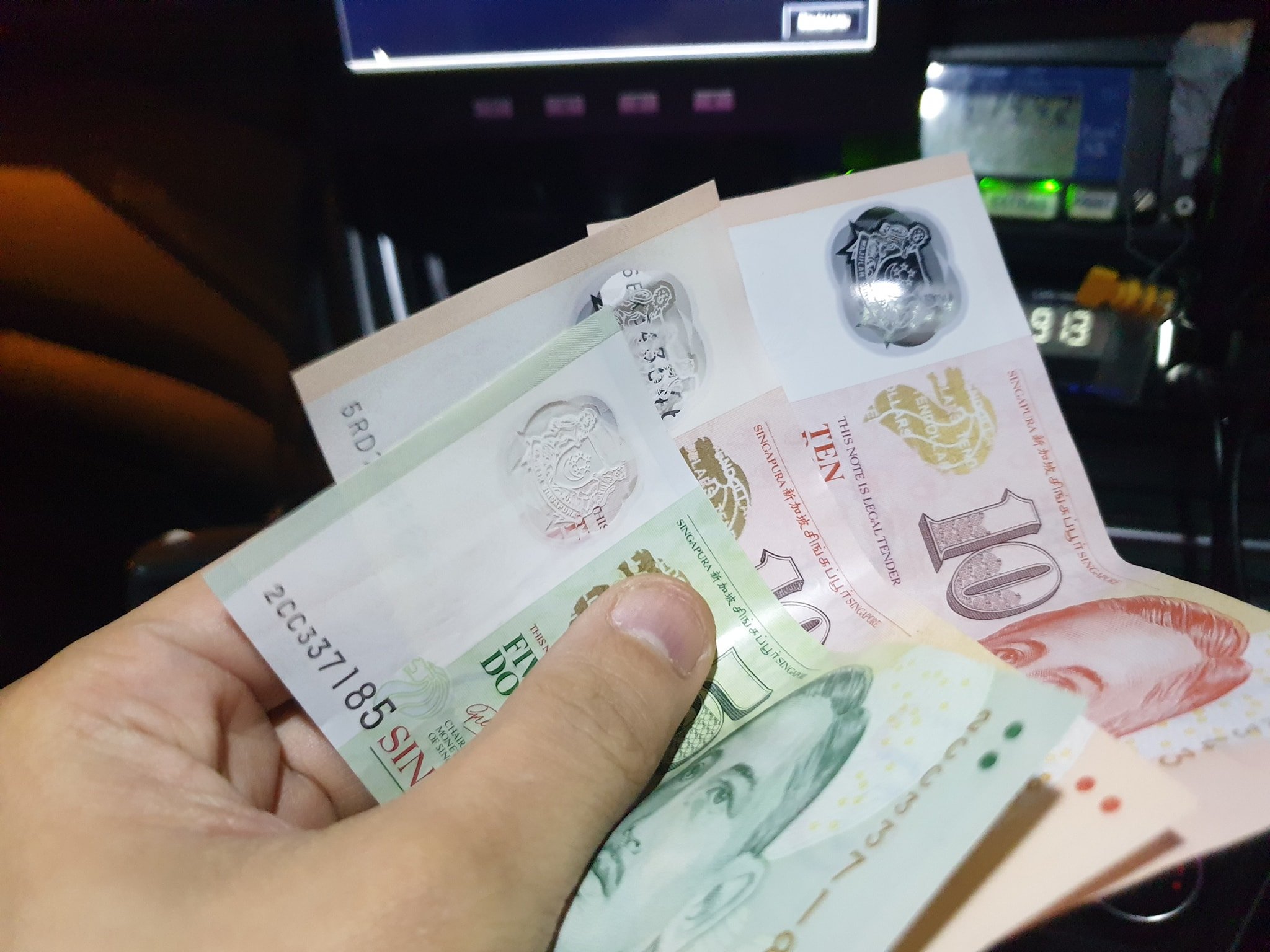 However, the passenger insisted, claiming that taxi drivers like Mr Chan are having it tougher. After all, not every taxi company is waiving rental fees, she explains.

According to Mr Chan’s post, this passenger lives in a one-room HDB flat along Lorong 5 Toa Payoh. 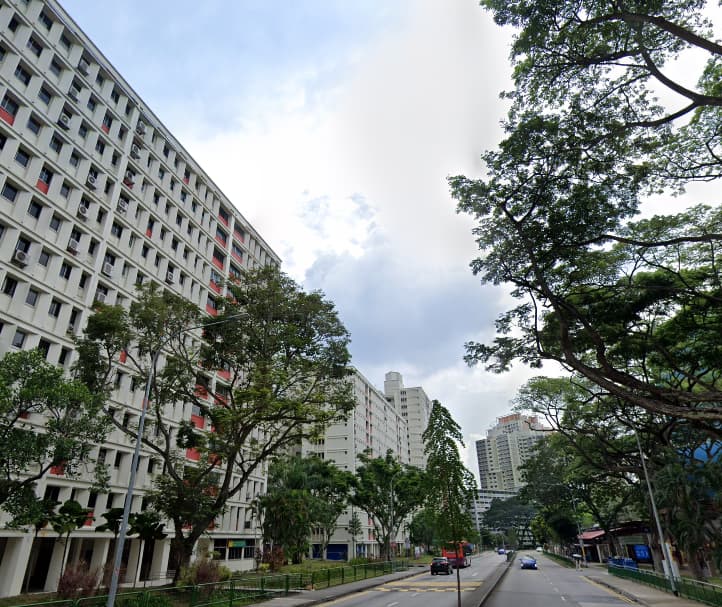 Though she may not earn much from her humble job, she still extends help to those in need around her. In Mr Chan’s words,

She is a simple-looking lady with a beautiful heart.

Her kind gesture left an impression on the taxi driver, who is evidently filled with gratitude while recounting the incident.

Kudos to the passenger for her kind gesture

Kudos to the passenger for the heartwarming gesture, showing that kindness and generosity still exist amid the gloomy situation now.

We hope her actions motivate others to do their part to help those badly affected by the Covid-19 outbreak.

In our own little ways, we can “be another source of light“, shining on the lives of others during this pandemic.