Together, we stand a better chance of winning the war against Covid-19.

Several Covid-19 clusters have emerged in Singapore, since the new coronavirus was detected on our shores. 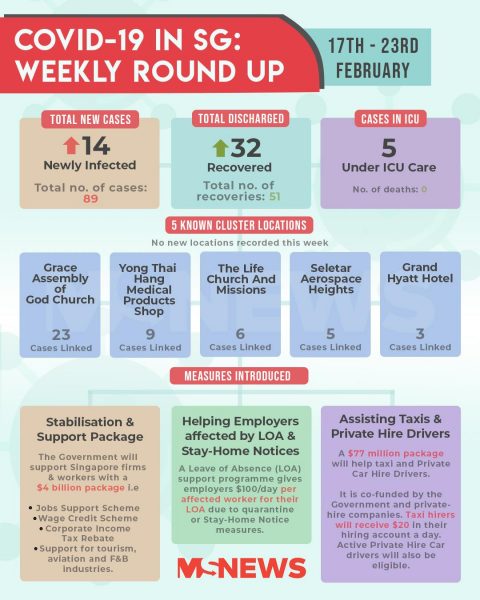 Information accurate as of 24 Feb
Source

Among these were the Grace Assembly of God Church and The Life Church and Missions. The two clusters have 23 and 7 linked cases respectively, as of the time this article.

On Tuesday (25 Feb), the Ministry of Health (MOH) announced that it has established links between the two clusters, thanks to a new test developed by researchers at the Duke-NUS Medical School.

PM Lee took to Facebook hours later, thanking those involved for their hard work and praising them for the breakthrough. In the post, PM Lee reiterated that the authorities have found a vital link connecting the two church clusters — a Chinese New Year gathering at Mei Hwan Drive.

The authorities were able to establish this link thanks to a new serological test developed by the Duke-NUS Medical School.

Instead of detecting the virus in patient like in previous tests, the new test detects antibodies, which allows doctors to identify patients who have recovered from the infection.

The test was key for testing cases 83 and 91 — a couple who reportedly showed “mild symptoms earlier, and had not been diagnosed with Covid-19”.

PM Lee praised MOH, Singapore Police Force, and Duke-NUS Medical School for their “close cooperation” in establishing the link, and thanked them for the “job well done”.

In ending, PM Lee urged Singaporeans to continue practicing good hygiene and be socially responsible by not attending gatherings should they feel unwell.

Massive kudos to those who made the discovery possible

Like PM Lee, our thanks go out the several organisations who made the discovery possible.

This goes to show the importance of working together during such trying times.

Together, we all stand a better chance of winning the battle against Covid-19.