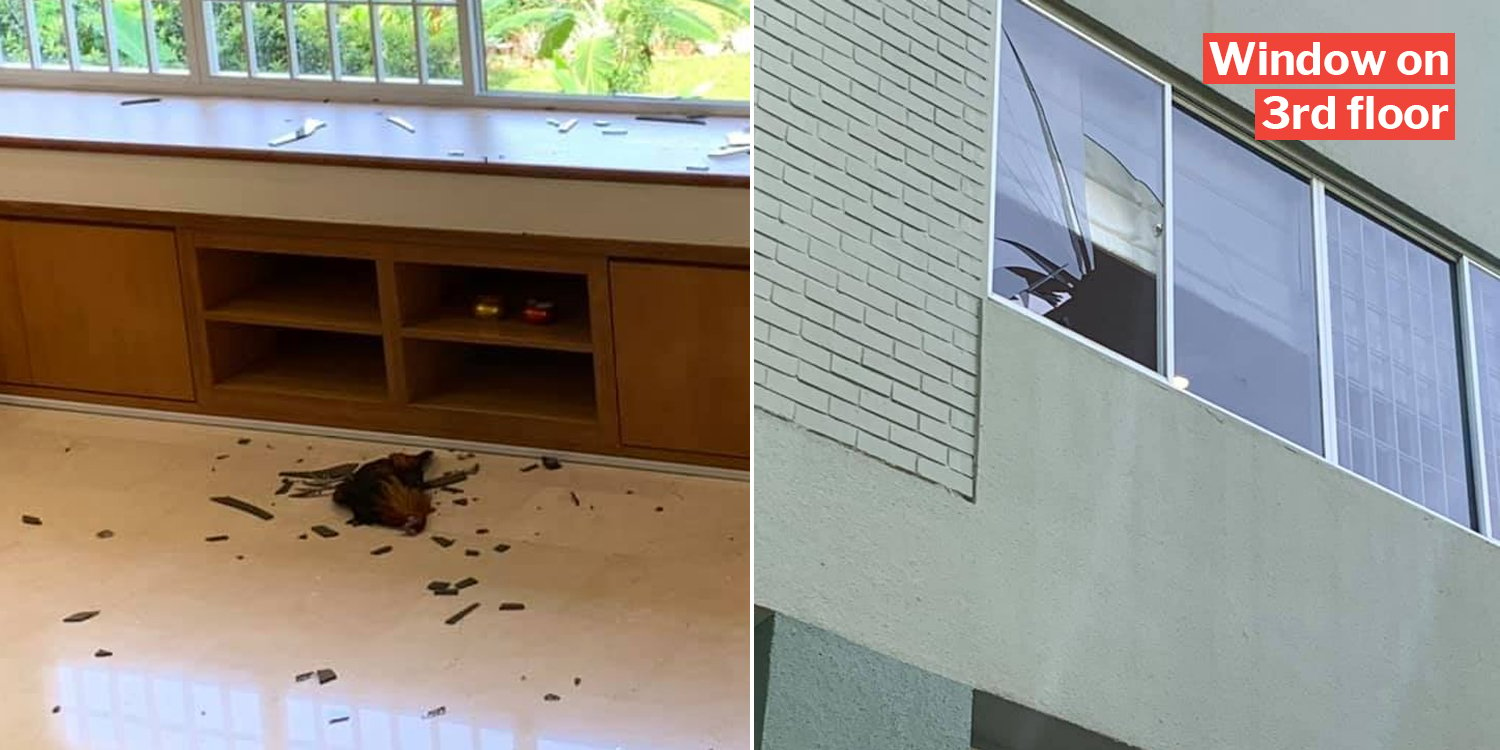 Singaporeans from older generations would have lived through the good ol’ days when chickens and other fowls are a common sight in villages.

However, as our nation urbanised over the years, it’s not so easy to spot these animals roaming the streets like they used to.

On Thursday (18 Feb) morning, a rooster reportedly flew into a house and broke one of the window panels on the 3rd floor. Later that day, the owner of the property took to the Nature Society (Singapore) Facebook group to share the incident. 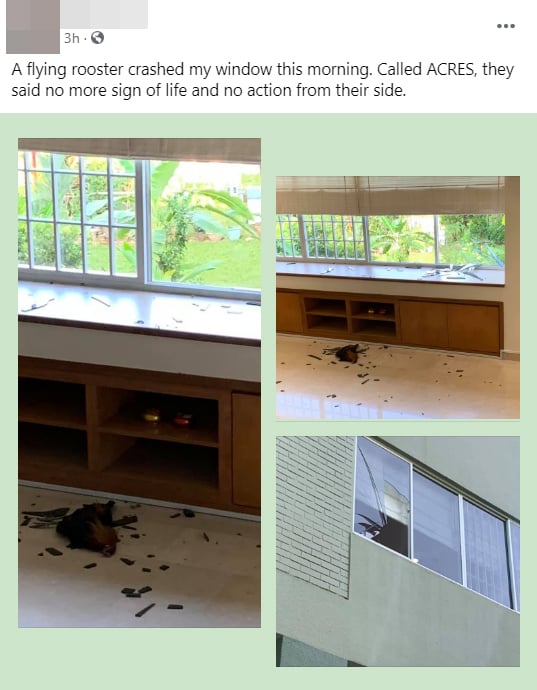 Tragically, the cockerel passed away as a result of the incident. 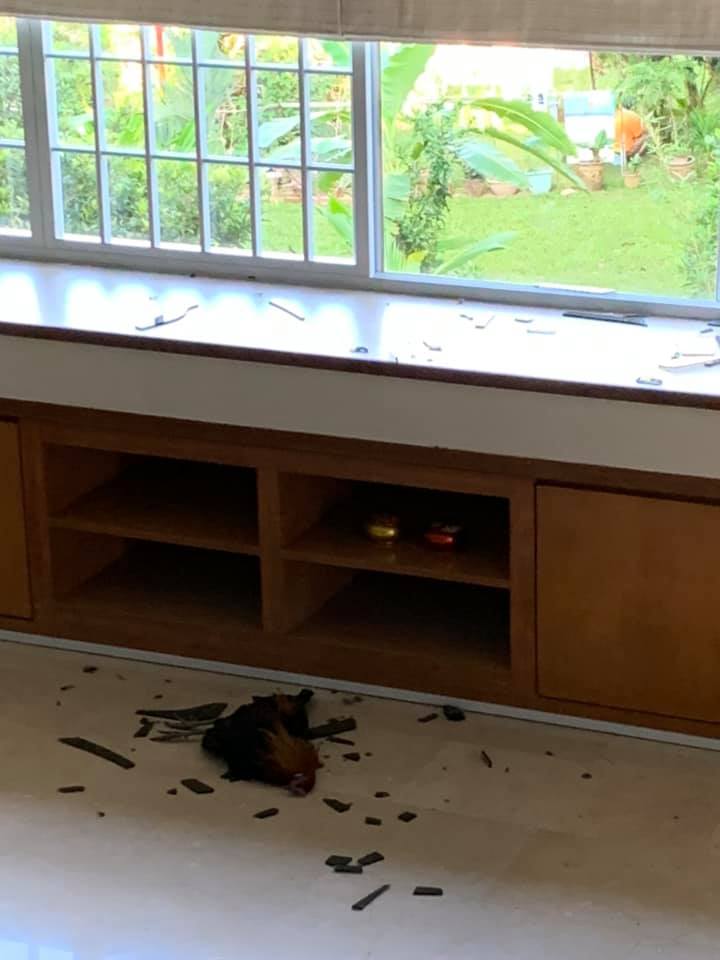 According to the netizen, the rooster had crashed through the 3rd-storey window on Thursday (18 Feb) morning. The rooster was apparently seen struggling when the netizen found it. However, it later passed on, presumably due to injuries sustained from the impact. 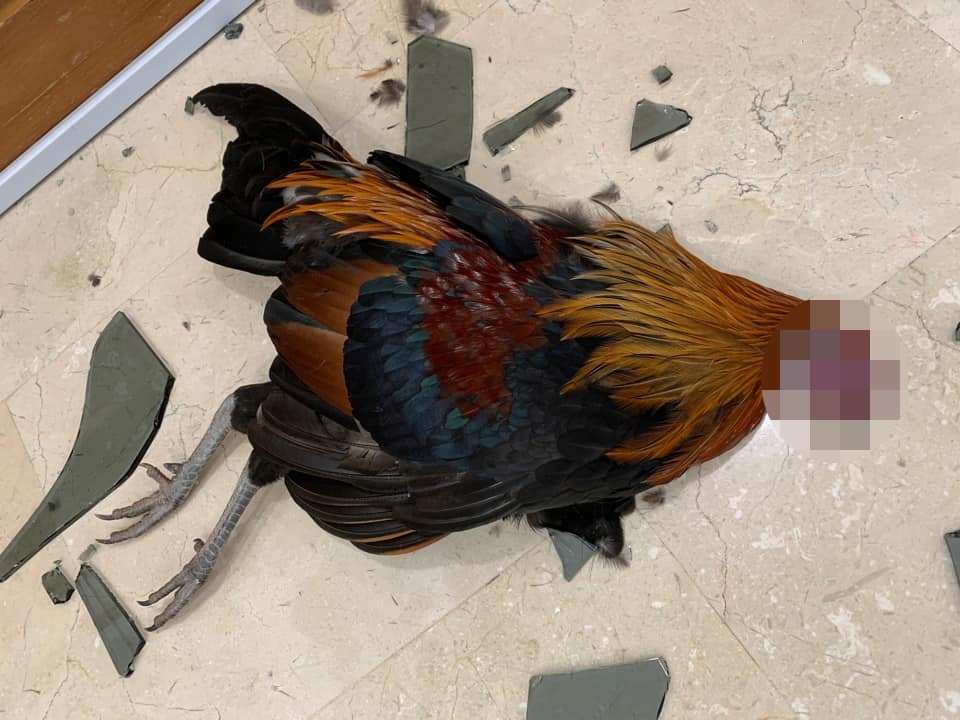 Netizens stunned it could fly so high

Like many of us, a number of netizens were stunned that roosters were capable of ‘flying’ at such heights.

Some Facebook users were also swift in identifying the breed of chicken — apparently a jungle fowl.

ACRES say rooster could have been escaping from predators

Responding to MS News’ queries, an Animal Concerns Research and Education Society (ACRES) spokesperson confirmed that the rooster had crashed into the window at a private estate in Clementi and died.

He explained that the rooster could have crashed into the window while escaping a predator or while catching prey.

Such window strikes may happen as birds are unable to differentiate between a reflective window and an empty space.

Sadly, flying directly into glass windows can cause concussions and fractures that may prove fatal for these birds.

Anyone who comes across a bird that has likely suffered from such incidents, and is still alive, may contact ACRES at 9783 7782.

Have you heard of similar incidents?

It’s not every day that we hear of a rooster crashing and breaking into a window here in Singapore.

Our hearts go out to the rooster for its unforeseen demise, as well as the owner of the property who now has a broken window to fix.

Have you encountered freak incidents concerning wildlife before? Let us know in the comments below.