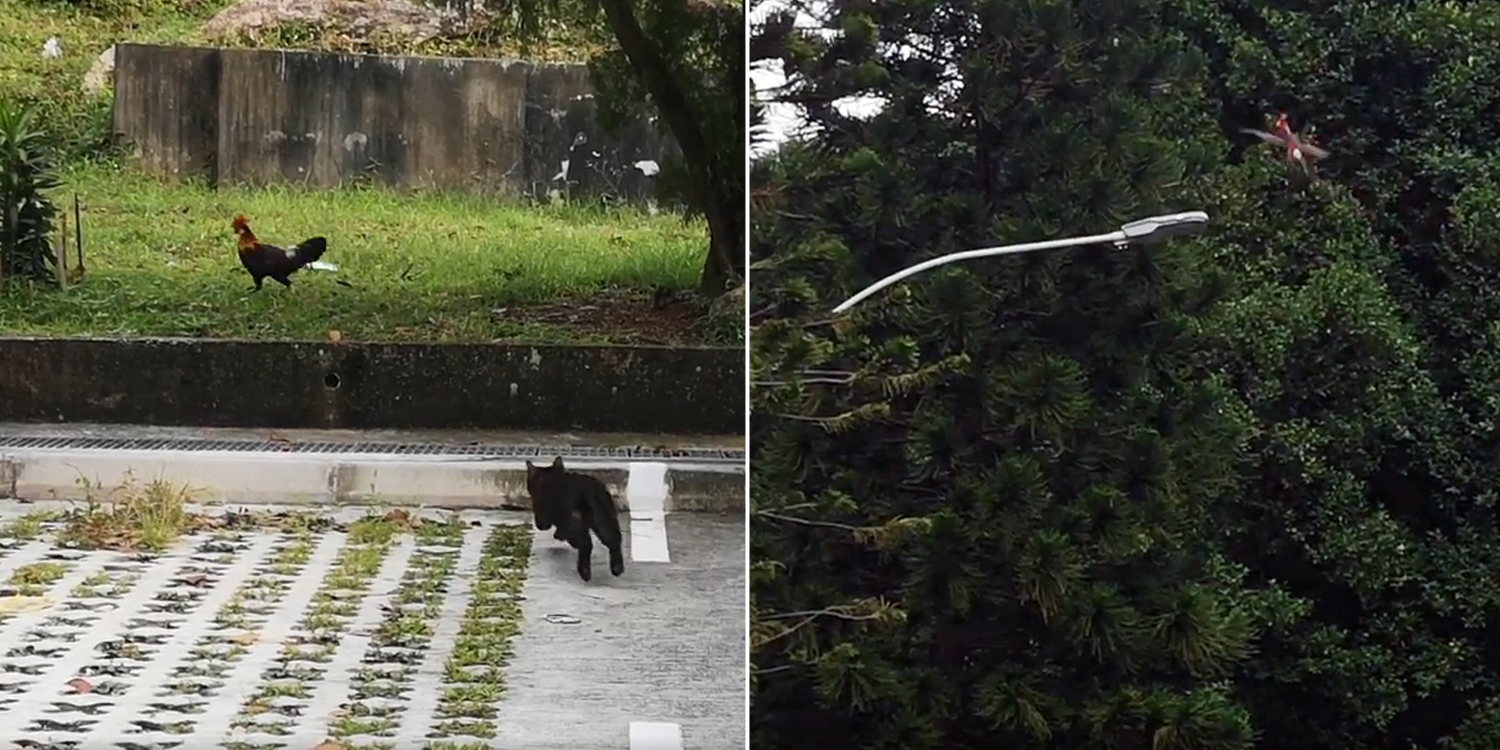 As far as birds are concerned, chickens are probably the most ‘grounded’ species one can find.

So when we see fowls taking flight, we can’t help but whip out our phones and record in amazement.

On Friday (24 Sep), a Facebook user shared footage of a rooster flying up to some trees nearby in order to seek refuge from a chasing cat in Telok Blangah.

Netizens were understandably shocked by the height the rooster managed to reach in the rare feat.

At the start of the video, a black cat was seen crouching a few metres away from the rooster, seemingly ready to pounce at any moment. 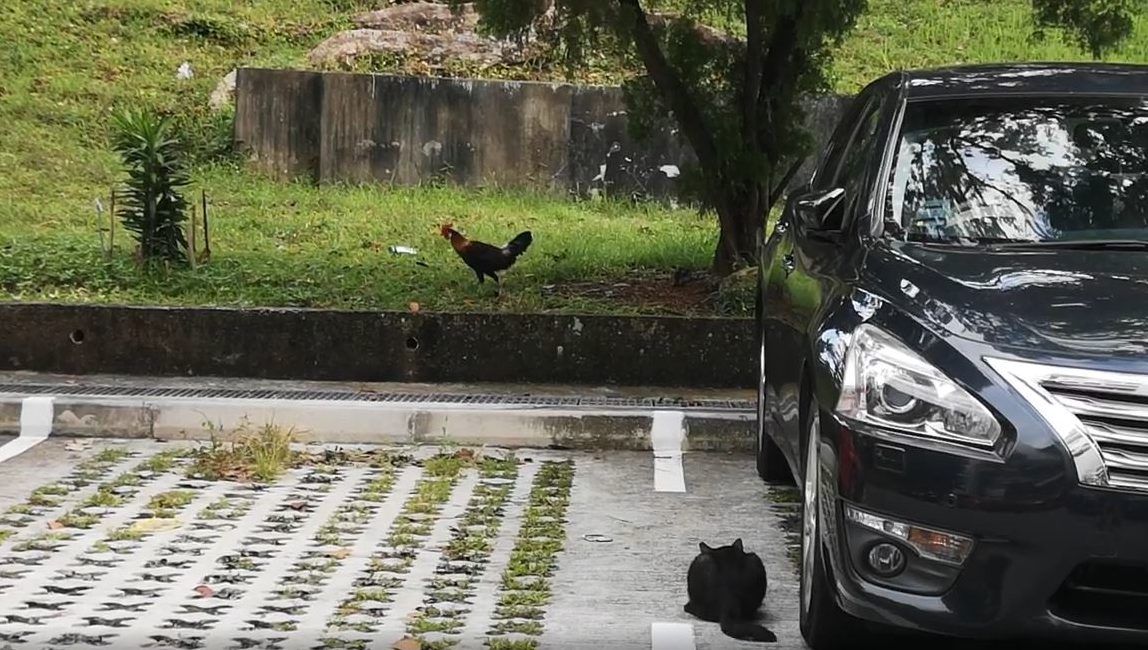 Seconds later, the cat started sprinting towards the fowl, which in turn scrambled away.

A foot race between a cat and rooster might be a one-sided affair in favour of the 4-legged creature.

However, it seemed the rooster already had a plan in mind and took off into the sky once it gained sufficient momentum. 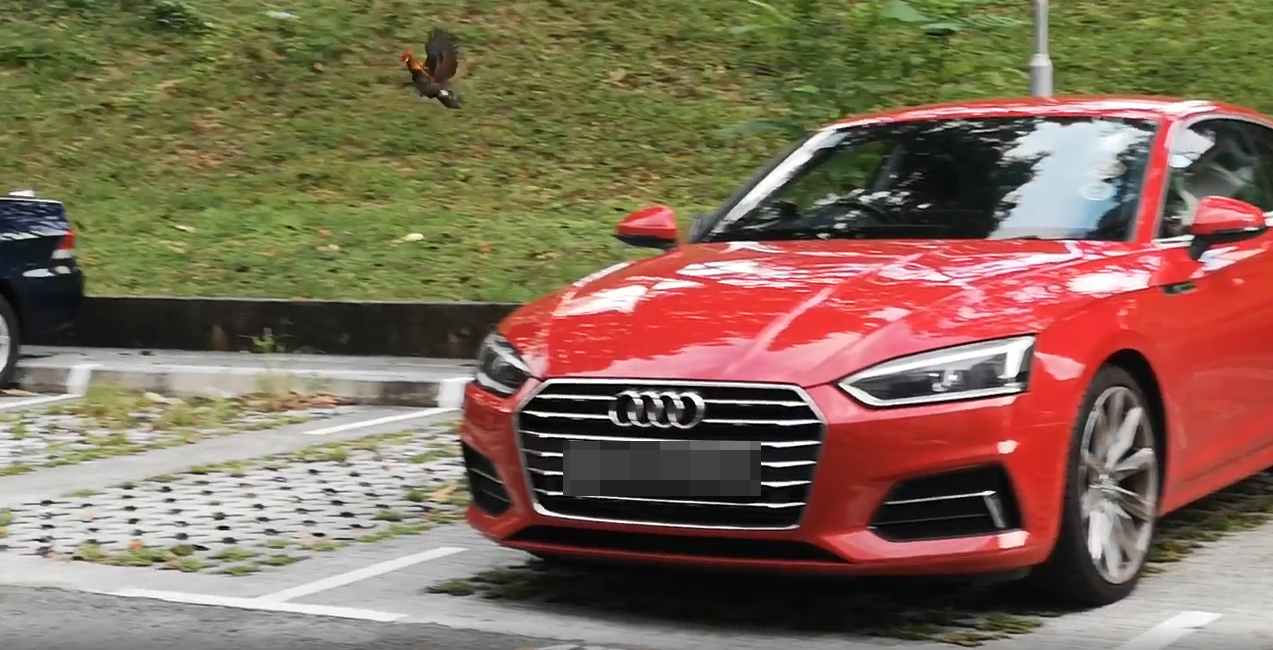 As it flew above a lamppost and into the trees nearby, the cat could only watch from the ground. 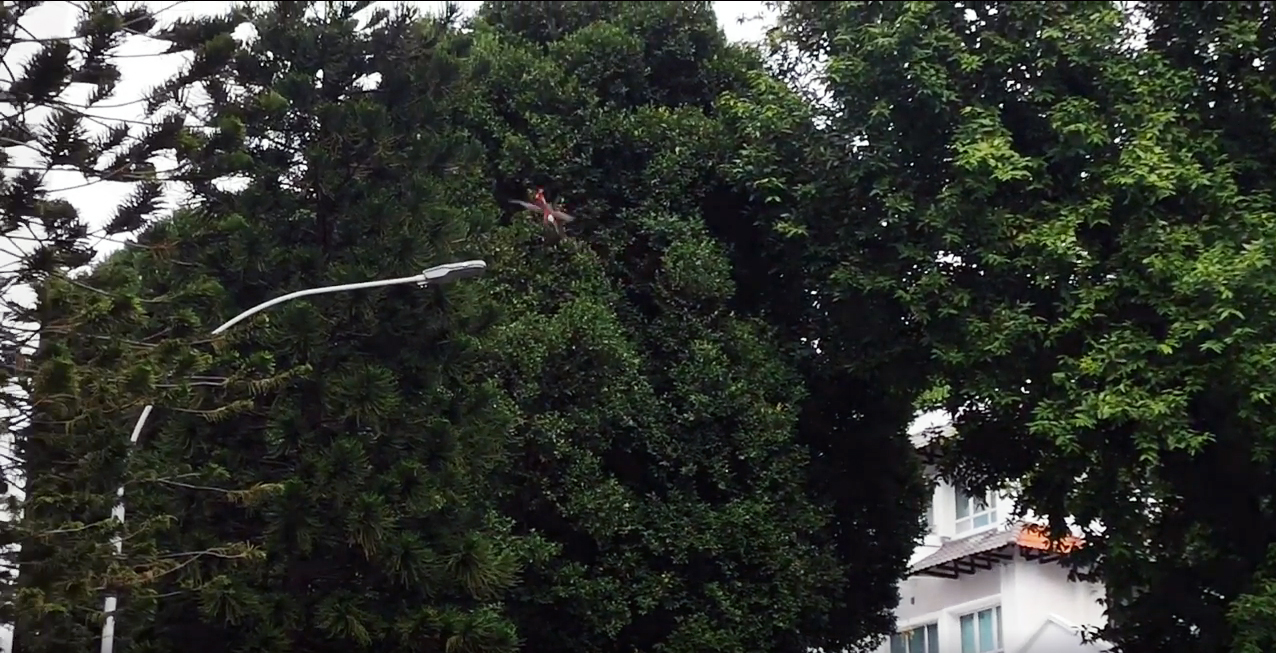 Before the clip came to an end, the rooster let out a caw, seemingly teasing the feline that was hot on its heels just moments ago.

The clip was reportedly shot at an undisclosed area in Telok Blangah.

Netizens in awe of flying rooster

Unsurprisingly, netizens were in awe of the rooster’s flying prowess.

Most importantly for some Facebook users, this busted the myth that chickens are incapable of flying.

Some also commended the OP for the awesome footage he captured.

Chickens are able to fly

Contrary to some people’s beliefs, chickens are perfectly capable of flying, albeit with some limitations.

Now bred to produce meat and egg, chickens today apparently have a smaller wing-to-weight ratio, which makes them better suited for the ground.

However, in times of desperation, be it due to food or predators, chickens are able to fly briefly.

The height, distance, and duration of their flight will depend on the breed of the chicken.

Kudos for the awesome footage

Though we get to see birds flying in the skies every day, there’s something quite different about a chicken taking flight.

Perhaps that’s due to the elusiveness of these creatures in urban Singapore — not counting those served on plates.

Nonetheless, kudos to the OP for being there at the right time to capture such an intriguing scene for us to enjoy.