SBS Driver Gets Noticed By SCDF For Valiantly Putting Out Fire In Viral Video, Receives 2 Awards 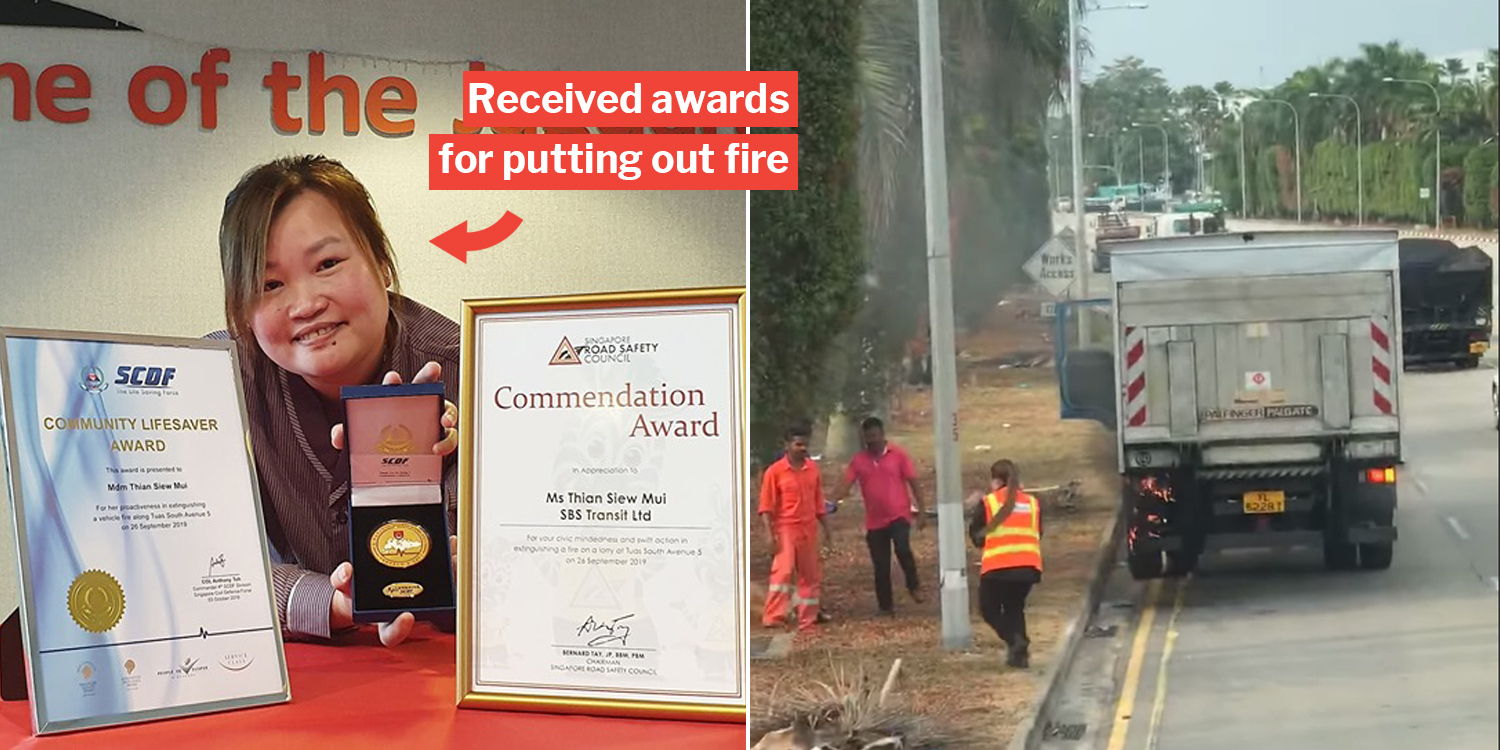 A video of an SBS bus captain rushing out of her bus to extinguish a lorry that had caught fire in Tuas went viral last week, drawing plaudits from netizens for her quick thinking.

We talked to SBS and learned that Ms Thian Siew Mui had been driving when she noticed the fire. You can read the rest of SBS Transit’s response here.

Netizens hoping that she would receive some recognition can rest assured, for Ms Thian’s valiant act has not gone unnoticed by the Singapore Civil Defence Force (SCDF) as well as the Singapore Road Safety Council (SRSC).

Both of these organisations awarded Ms Thian with separate awards on Thursday (3 Oct). 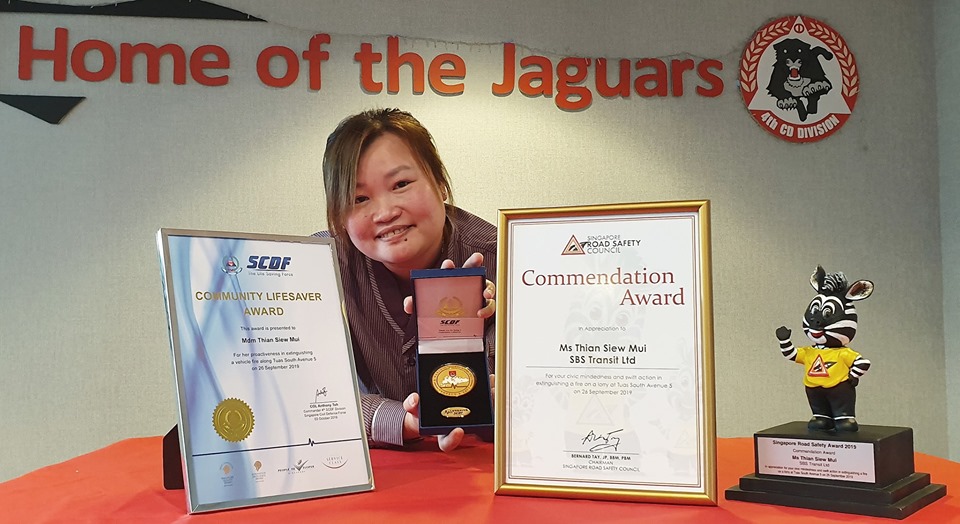 SCDF awarded her the Community Lifesaver Award while SRSC presented Ms Thian with a Commendation Award. 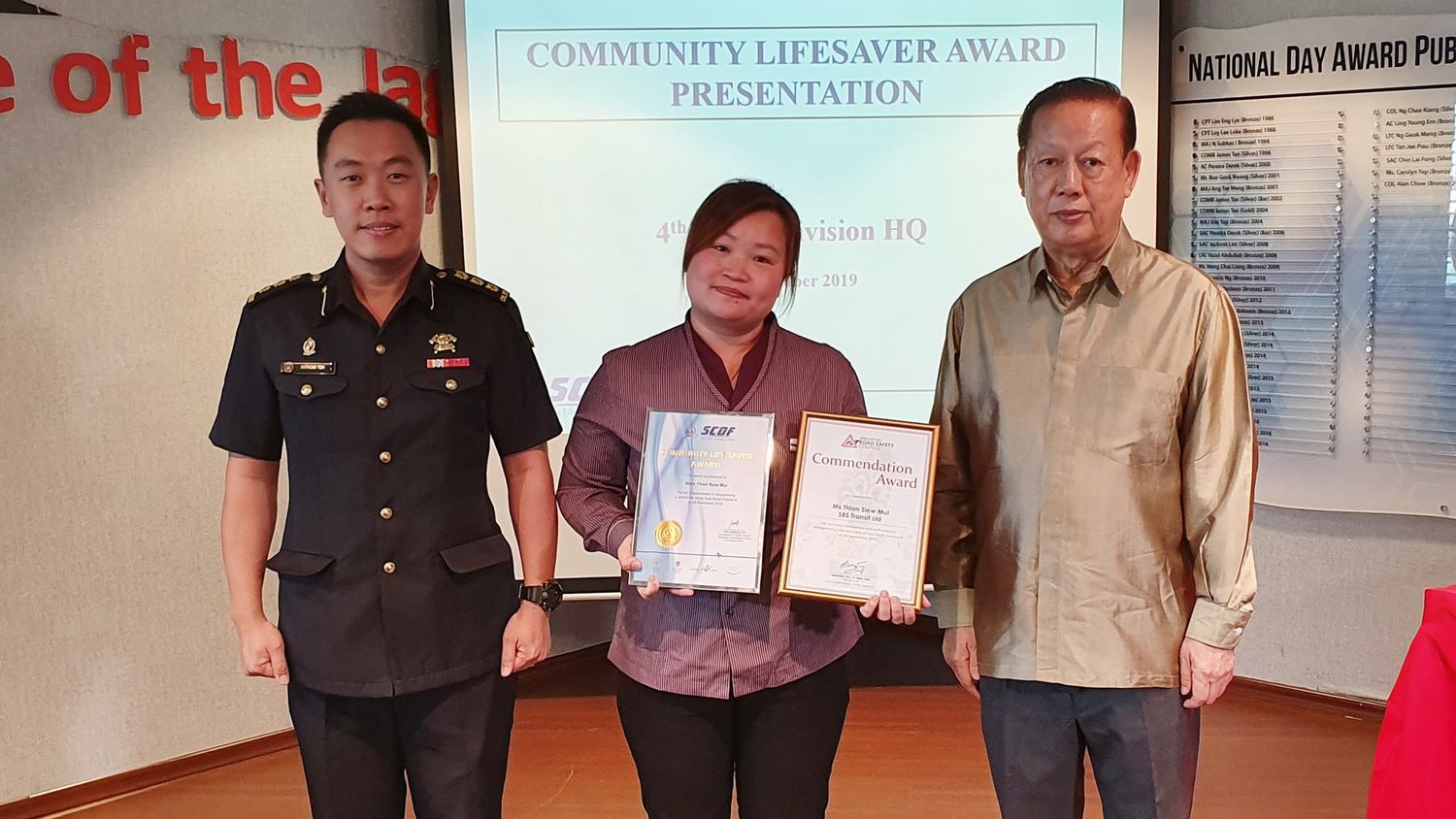 Perhaps Ms Thian can consider a career switch to the SCDF if she’s ever considering one.

Recognised for quick thinking and selflessness

The SCDF also shared the story of how Ms Thian discovered and then put out the fire. 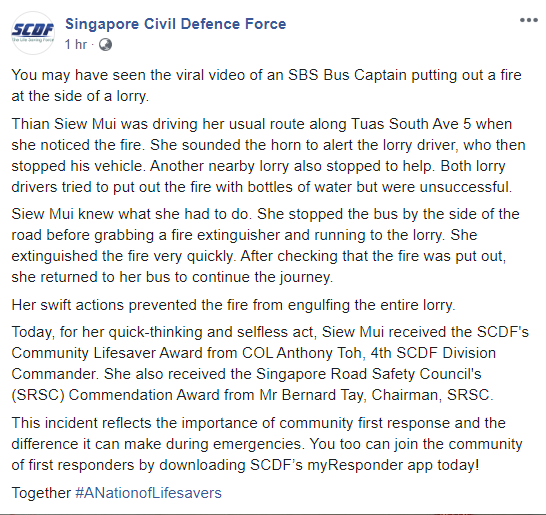 They also stressed the importance of rendering assistance as passers-by before emergency help arrives.

Quick thinking can save lives

As a bus captain, we’re pretty sure that Ms Thian has attended at least 1 fire safety course to have the knowledge to do what she did that day, potentially avoiding a larger catastrophe.

For instance, she could have merely driven by as bus captains have tight schedules to keep when on their routes.

Due to the presence of diesel, the fire could have sparked an explosion and resulted in the loss of lives. Without Ms Thian spotting the fire as well, who knows what could have happened?

Truly, we aren’t worthy. From MS News, we offer our sincerest congratulations and hope that more will step up like she did in the case of an emergency!