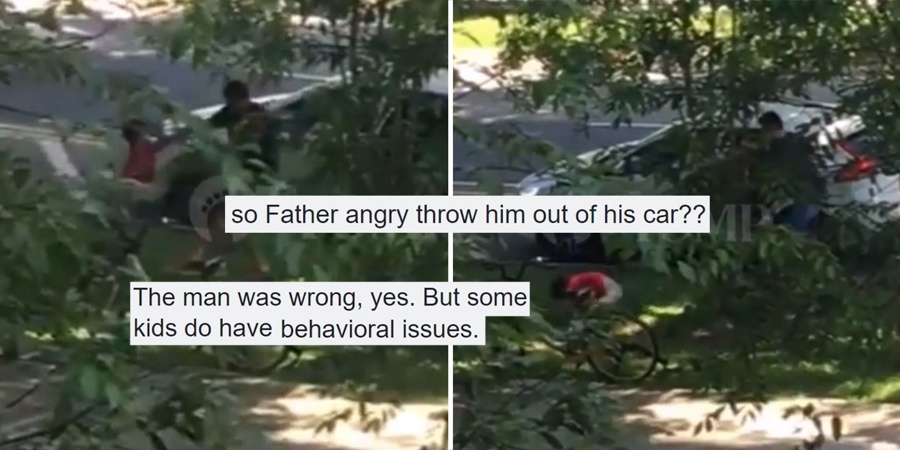 Boy Repeatedly Tried To Re-Enter Car But Appears To Have Been Thrown, Shoved And Scolded

Remember the time your parents told you they would abandon you by the roadside if you misbehaved in the car?

This allegedly happened to a young boy on Monday (4 Jun) at Sengkang East Way.

A man physically yanked the boy out of the car twice before driving off.

The video was shared with citizen journalism site, STOMP.

The video of the incident shows a white car parked by the roadside.

Its driver emerged a few seconds later and opened the rear door of the car.

He then lifted the boy out of the backseat and flung him onto the ground.

The boy rushed back to the backseat of the car, only to be pulled out and thrown onto the ground again.

When the boy got back up and approached the car, the man shoved him onto the ground.

The boy tried to re-enter the car but was scolded by the man.

The video ended there.

According to a Facebook post by an angry resident, the man later came back to look for the child.

In the meantime, someone else had helped to comfort the boy.

But the resident was upset that the man had endangered the boy’s safety in trying to punish him.

Highlighting the danger of leaving a child unattended by a road, she said,

What if your child child run off on the road ??? Then will you feel regret ?????

No matter how [naughty] your child is, is that the way you punish your child by throwing him out of the car and [leaving] him behind?

Police investigations are still ongoing but the public’s verdict is already out.

Some netizens have empathiaed with the man, saying that some kids are tough to discipline.

Others have said that Singaporeans are very “kaypoh” (busybody) to interfere in the family’s business.

But the overwhelming sentiment is that discipline cannot amount to abuse.

While we wait for the results of the police investigation, let’s just remember that it’s fine to teach and punish your kid, but not at the expense of your child’s well-being and safety. 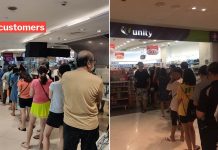 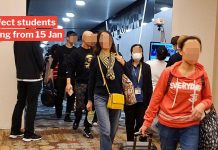