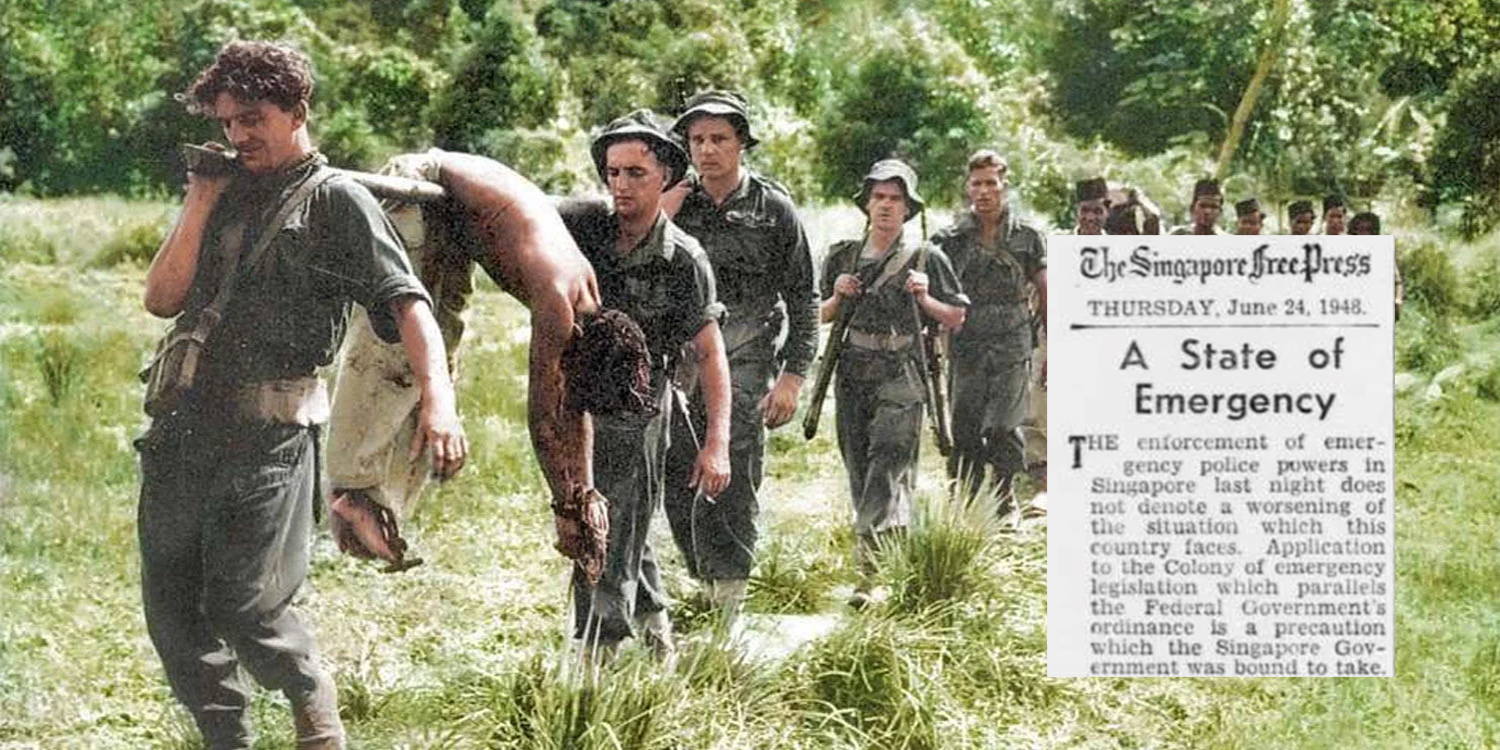 State Of Emergency Declared To Deal With Malayan Communist Party

You wouldn’t know this unless you’re a die-hard history buff – but Singapore once declared a state of emergency that kicked off exactly 70 years ago, and lasted for over a decade, from 1948 to 1960.

What sparked the order?

Together, they were responsible for multiple bombings and targeted attacks on infrastructure across Singapore and Malaya.

Their goal? To establish a People’s Democratic Republic of Malaya, a communist state that included Singapore.

Funny how we could have gone down the North Korean route with a Democratic People’s Republic of (insert state here). 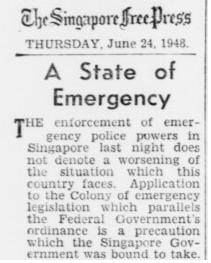 Let’s take a look at the events which caused Singaporeans to live under a cloud of fear for 12 years.

The MCP’s presence grew in the years of the Japanese Occupation of Malaya and Singapore.

In fact, British colonial authorities reluctantly cooperated with the MCP in an attempt to fend off the Japanese threat.

But the Fall of Singapore in 1942 prompted MCP members to flee to the jungles. 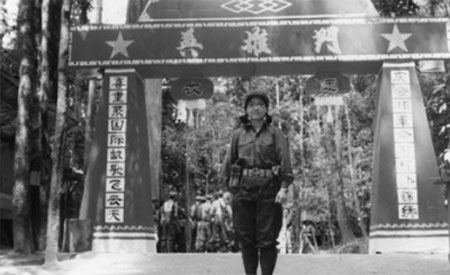 From there, they resorted to guerrilla tactics to disrupt Japanese operations. These were largely handled by the Malayan People’s Anti-Japanese Army (MPAJA), an offshoot of MCP.

Although officially disbanding after Japan’s surrender in 1945, the MPAJA and its parent MCP held on to a stockpile of Japanese weapons.

At the conclusion of the war, MCP fighters were even paid by the British for their role in facilitating the reoccupation.

But this seemingly chummy relationship broke down when a British spy was discovered within MCP’s ranks.

The worsening situation also saw the murder of three European planters in Perak.

In retaliation, the British government declared a state of emergency.

MCP was declared illegal, and the police were given enhanced powers.

The state also instituted harsher punishments that could be administered without trial.

While all this was going on, the MCP continued to stick to their guns, sabotaging , killing and burning British interests. 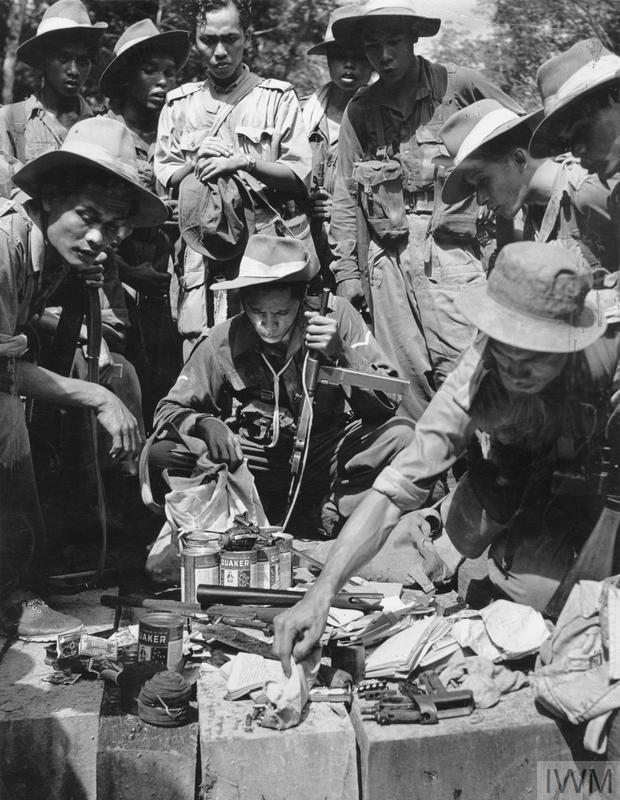 Equipment, supplies and documents captured in a jungle raid on a communist outpost.
Source

But the excruciating war of attrition wasn’t solely fought on a military front.

The years between 1948 and 1960 saw propaganda used heavily on both sides, as each attempted to sway public opinion in their favour. A flyer distributed by the Government. It depicts a crowing rooster standing on a Communist body, while the Malayan flag flies in the background. The leaflet also plays on feelings of homesickness, while appealing for the public to “help” Communist members come out “safely for self-renewal”.
Source

Ultimately, the constant guerrilla warfare exacted a heavy toll on the MCP.

A list of demands was jointly rejected by the chief ministers of Singapore and Malaya, David Marshall and Tunku Abdul Rahman, respectively.

By August 1957, the fighting strength of the MCP had dwindled to just 1,830 members.

The Malayan Declaration of Independence in the same month was also extremely damaging to the party’s rationale that the only path to independence was through violence against the British.

By 1960, it was deemed safe to lift the state of emergency. Round 1 went to Malaya and Singapore.

Of course, the Communists would be back for round 2, but that’s a story for another time.

The 12-year period of emergency gave birth to a law that has been renewed 13 times and counting, remaining one of the most controversial pieces of legislation in the Singapore Constitution; the Criminal Law (Temporary Provisions) Act.

You might have heard of it from the tiff between Law Minister K Shanmugam and Workers’ Party chairman Sylvia Lim.

Operation Coldstore happened just three years after the end of emergency. The purported reason for the raid was a clamping-down on a “Communist open front organisation”. 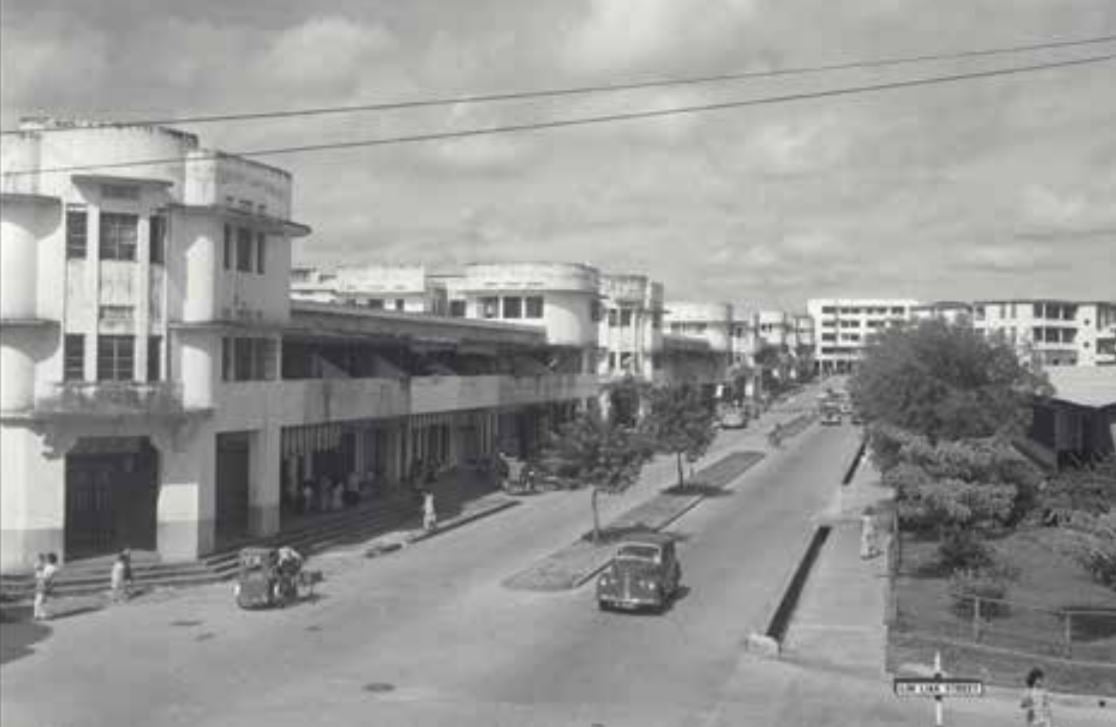