He might be a professional running coach, but the one thing he can’t run away from is crippling debt.

Running enthusiast Cindy Ong has taken to her blog to expose her former friend and ex-running coach Lexxus Tan.

That’s Lexus with two x’s – despite his Facebook display name.

The incredibly lengthy exposé – that is about 4,000 words long – is a damning read that tells the story of a serial borrower with allegedly zero to none financial management skills.

Which is a far cry from another post Ms Ong published last year, where she shared her excitement from a training session held by Mr Tan.

Ms Ong provides quite a bit of evidence to build her case against Mr Tan. All manner of screenshots, message logs and spreadsheets can be found throughout the blog post.

She provides 11 reasons to “run away” from Mr Tan, but in the interest of time, here is a brief overview of her reasoning.

Apparently, the travel agency which he often deals with to send his team of runners overseas is sick of him.

From previous dealings, their trust in Mr Lexus Tan has dwindled to the point where they demanded payment for a trip to Osaka, where Mr Tan’s team was due to run at the Osaka Marathon.

Pay up or they would cancel the entire trip, the agency threatened. 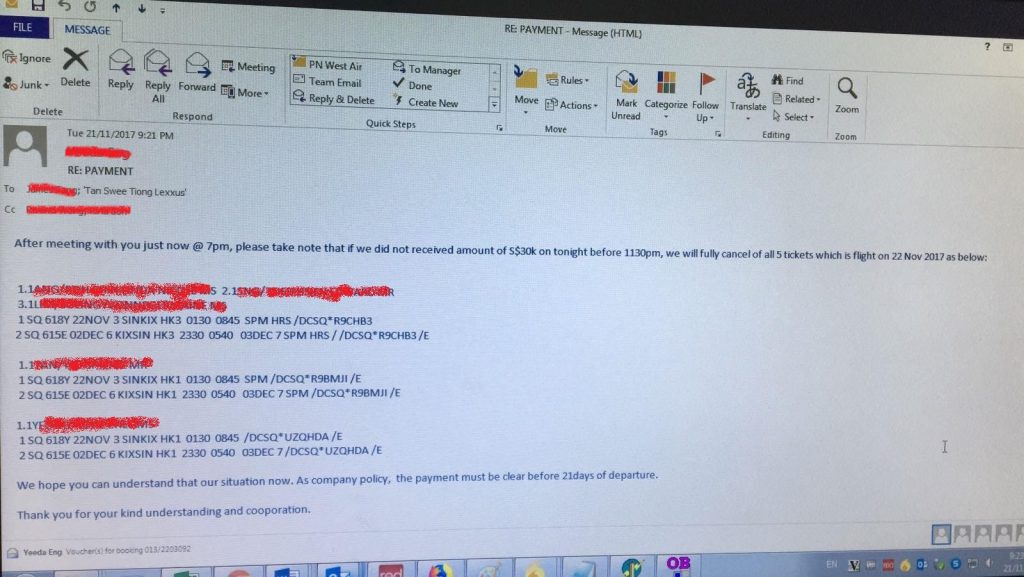 His flaws do not just lie on the financial side, it seems.

Another overseas excursion to Bhutan almost did not materialise, due to several oversights regarding the visas and race pack collection. 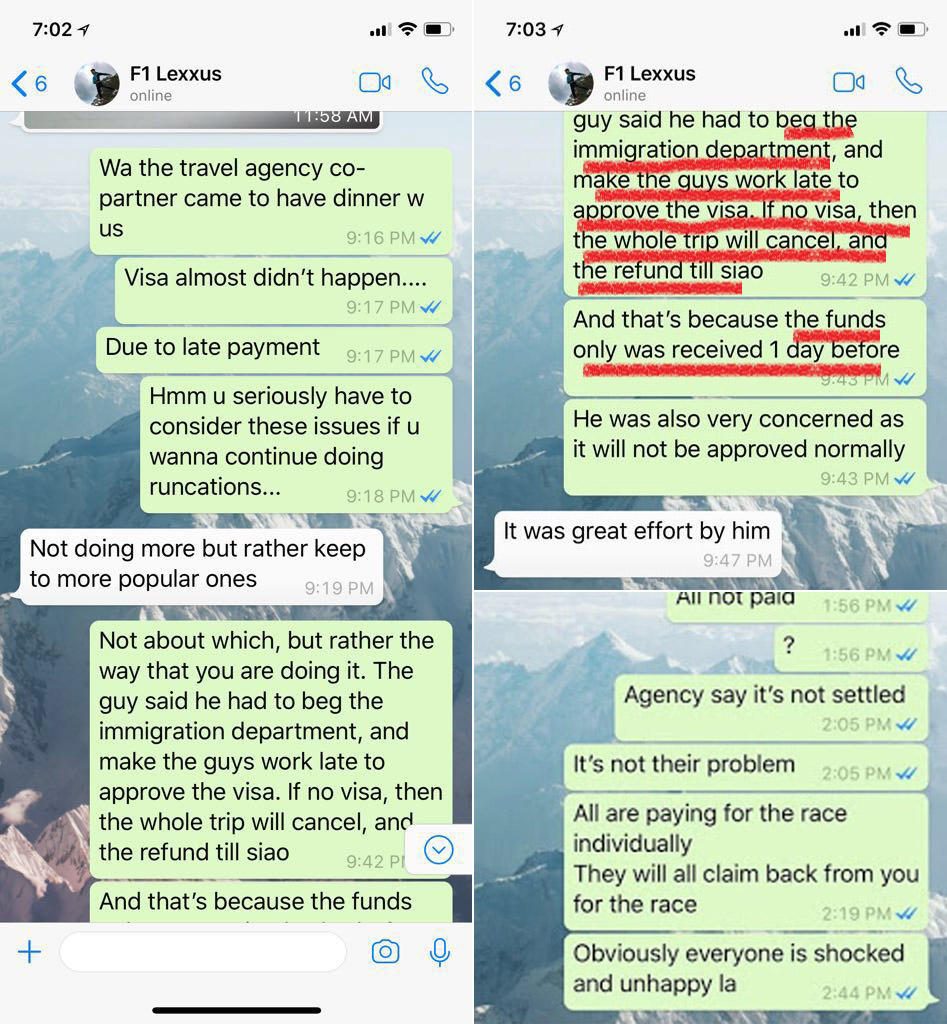 The same thing happened at the 2018 edition of Ultra Trail Australia, where participating runners had to incur additional fees.

Ms Ong’s husband eventually bailed him out of the sticky situation in Osaka, but would come to regret his decision, as Mr Lexus Tan repeatedly tried to loan more money from him – for various reasons. Borrowing from A to return money to B, and then from C to A. Considering that Ms Ong claims that his habits originated in 2009, it looks like he has creditors extending past Z.

Mr Tan also allegedly plays on the kindness of others, constantly borrowing cash from them while not being “sincere at all” about returning the cash. 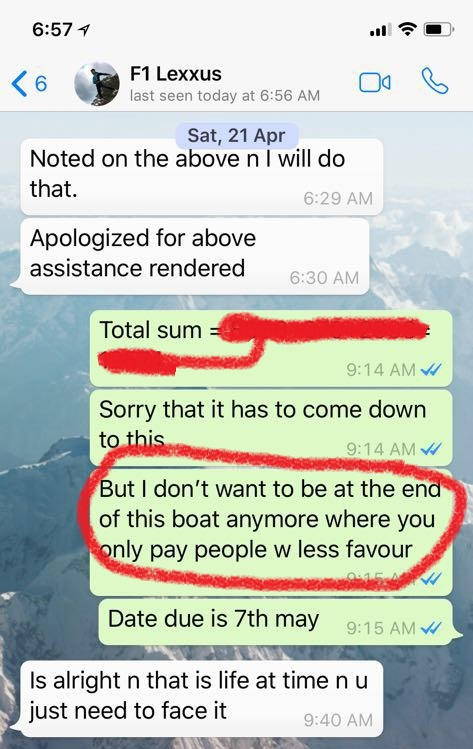 His repayment policy apparently consists of tiding over individual debtors with partial repayments, but never the full amount.

Feeling that his business management skills were not up to scratch, Ms Ong and her husband ran a background check via the Accounting and Corporate Regulatory Authority (ACRA).

They found that he had 8 prior business that tanked, mostly related to the automobile and insurance sectors. The first page of the report is below:

He can run, but he can’t shake off the rumours that surround his person.

One particular rumour was that the Commercial Affairs Department (CAD) was conducting investigations regarding Mr Lexus Tan raising funds for an athlete.

Then there was the time loan sharks posted his IC on his Facebook page, threatening to “burn my house”, according to Mr Tan.

Ms Ong acknowledges the effort Mr Lexus Tan has put into training her and her husband, but have had enough and decided to depart from his running team.

From today (5 June 2018) onwards, I announce my departure and disassociation from the team and you as I cannot agree with your unorthodox ways of doing business anymore.

A response from Mr Lexus Tan

For what it’s worth, Mr Lexus Tan has responded to Ms Ong’s allegations in a Facebook post:

According to himself, he takes “full responsibility” for his “serious financial distress”.

He says that the journey “will be slow”, but he will get there in the end.

He is currently working with a group of friends who will handle his income on his behalf, allowing him to focus on coaching his runners.

Maybe this time, honouring his words will indeed become his forte.