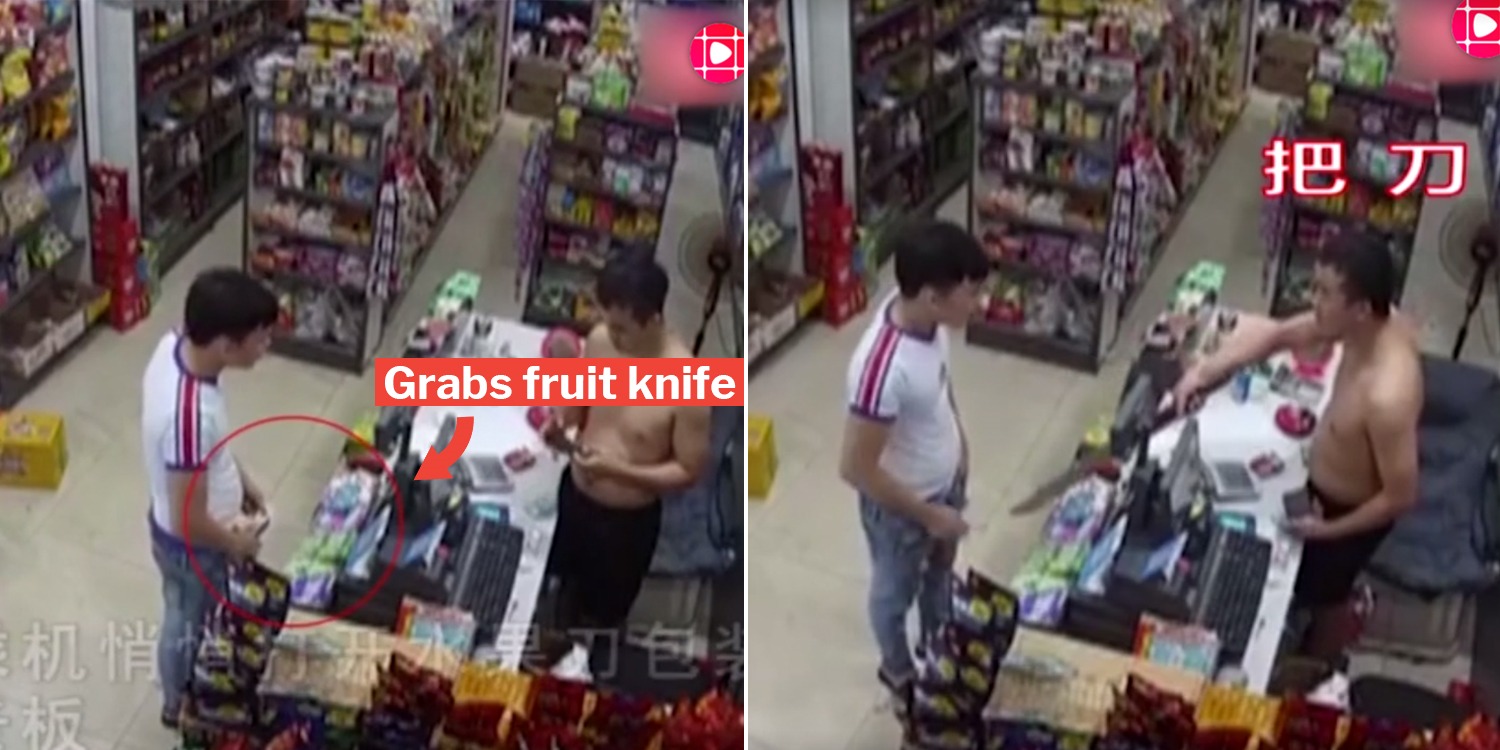 The Man Tries To Steal Lighter, Gets Stopped By Store Owner With Huge Parang

Most people would understandably feel terrified when someone points a knife at them, but not the store owner that you’re about to meet.

Last Friday (2 Aug), a man tried stealing a lighter from a convenience store in China by threatening the store owner with a tiny blade.

Instead of panicking, the shop owner calmly brandished a huge parang hidden below the cash register and pointed it at the thief before telling him to leave. 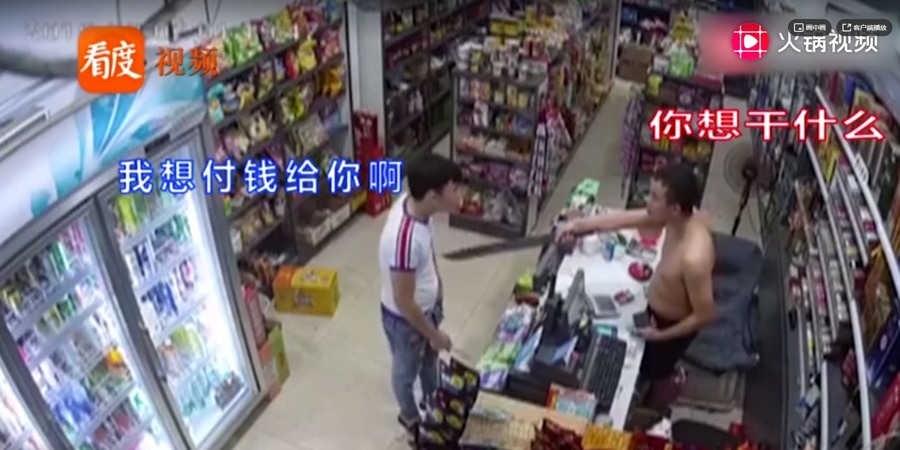 CCTV footage of the entire confrontation has gone viral on social media. You can watch it in full here.

At the start of the video, a man dressed in white was seen approaching the cash register at a convenience store. 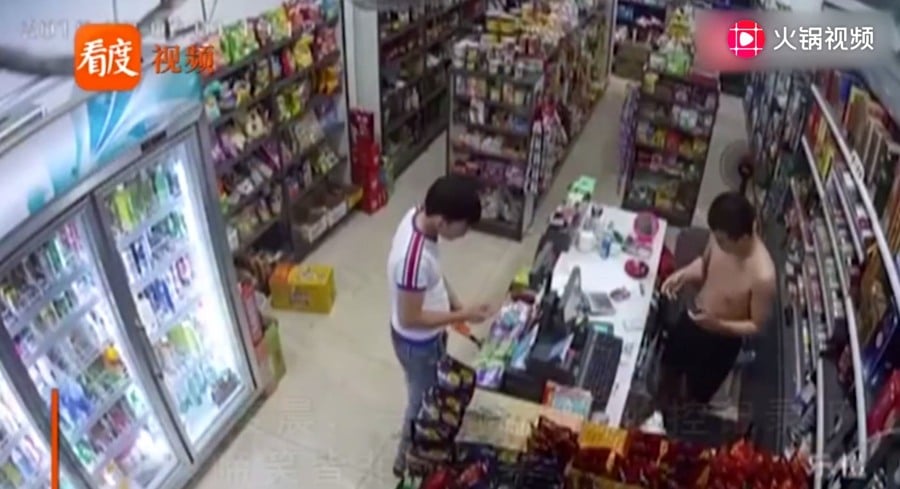 According to HK On CC, the man was trying to purchase a lighter from the store but allegedly had troubles paying as his e-wallet had run out of funds.

The shirtless storeowner allegedly told the customer to pay using cash instead, but the man claims that he didn’t have a single cent on him. The store owner returned to using his handphone after that.

Seeing that the store owner was distracted, the man stealthily pulls out a tiny fruit knife and concealed it in his hands. 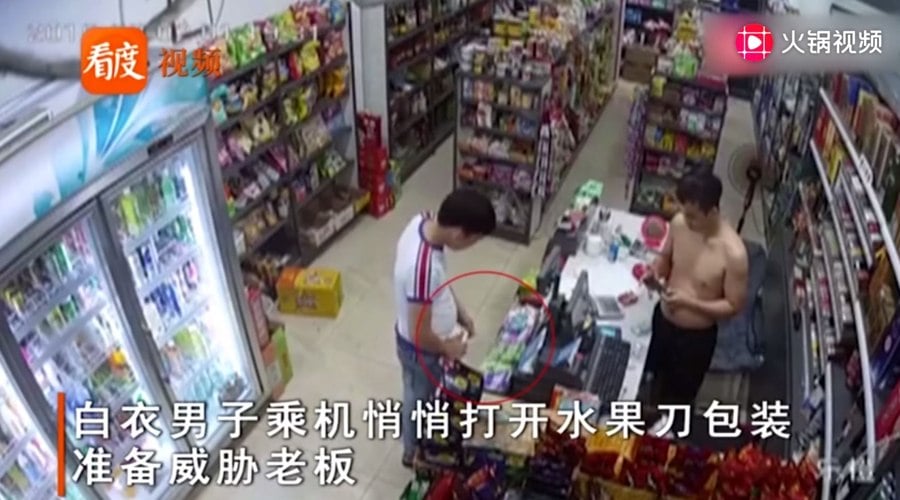 Store owner scares him off using a huge parang

Even though he was ‘occupied’ by the game, the storeowner was well-aware of the situation around him.

He calmly backs away before reaching below the cash register for a huge parang and brandishes it aggressively. 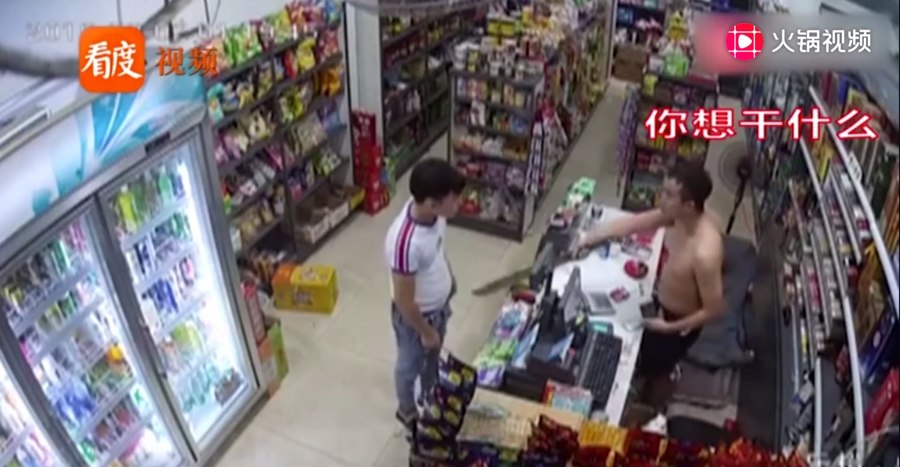 The shop owner then points the massive parang at the customer and allegedly ordered him to put down his knife.

Presumably terrified, the customer hands over the blade and the lighter he was holding. 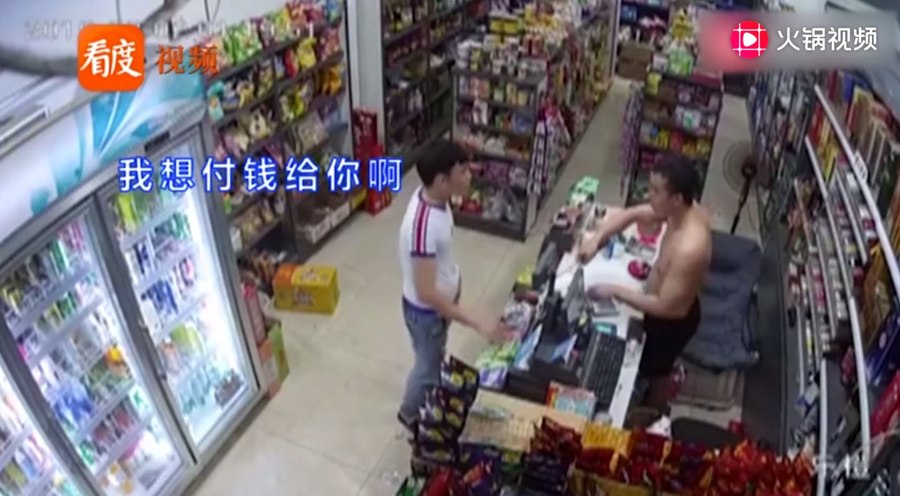 The store owner then ordered the man to “scram”.

As the man leaves the store, the shopkeeper continued with his handphone game, as if the confrontation never happened. 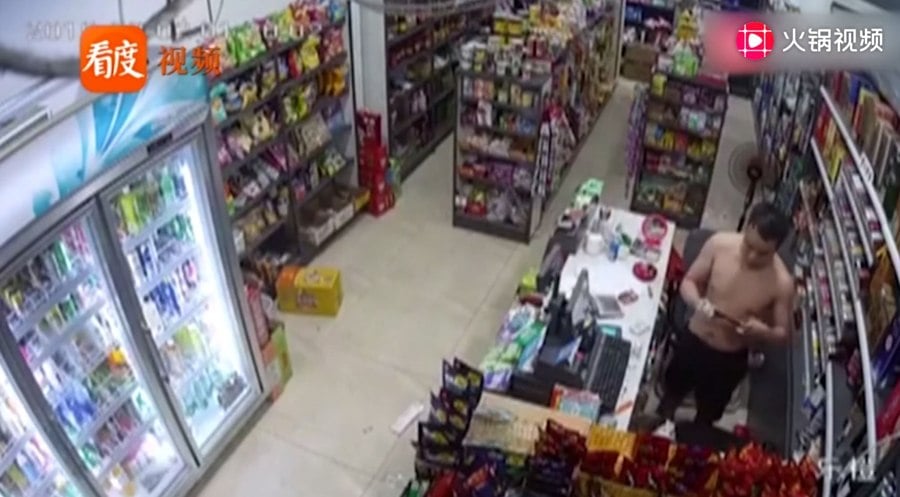 Kudos to the shop owner for keeping calm

While not all of us may find ourselves in the same situation as the shop-keeper, we can all learn a thing or two from his ability to keep calm despite being faced with such a menacing threat.

Above all else, we are glad that the man wasn’t successful in his attempt to steal from the shop.