Stray Dog Missed Regular Feeder When He Didn’t Appear, So It Visits Him At His Workplace The dog now waits for him to end work every day.

Stray Dog Missed Regular Feeder When He Didn’t Appear, Now Gets Sad When He Goes Home

Stray dogs often forage for scraps and depend on those who will feed them for survival.

Knowing this, an animal lover in Petaling Jaya, Malaysia, had taken to feeding the stray dogs near his workplace every day.

When he missed his usual feeding time for a few days as he was busy, 1 of the stray dogs he had been feeding missed him.

So much so that to his surprise, the critter found him at his workplace. Now, the adorable doggo even gets sad each time he has to leave his workplace to go home.

After work, Mr Mohd Ridhuan Daud would often go to a beach near his workplace for a walk, according to Says, which translated an interview by Harian Metro.

He goes almost everyday and will feed the stray dogs there. It is there that he first met a particular stray dog.

Once, he did not go to the beach for a few days.

To his surprise, the dog tracked him down and made an appearance at his workplace. 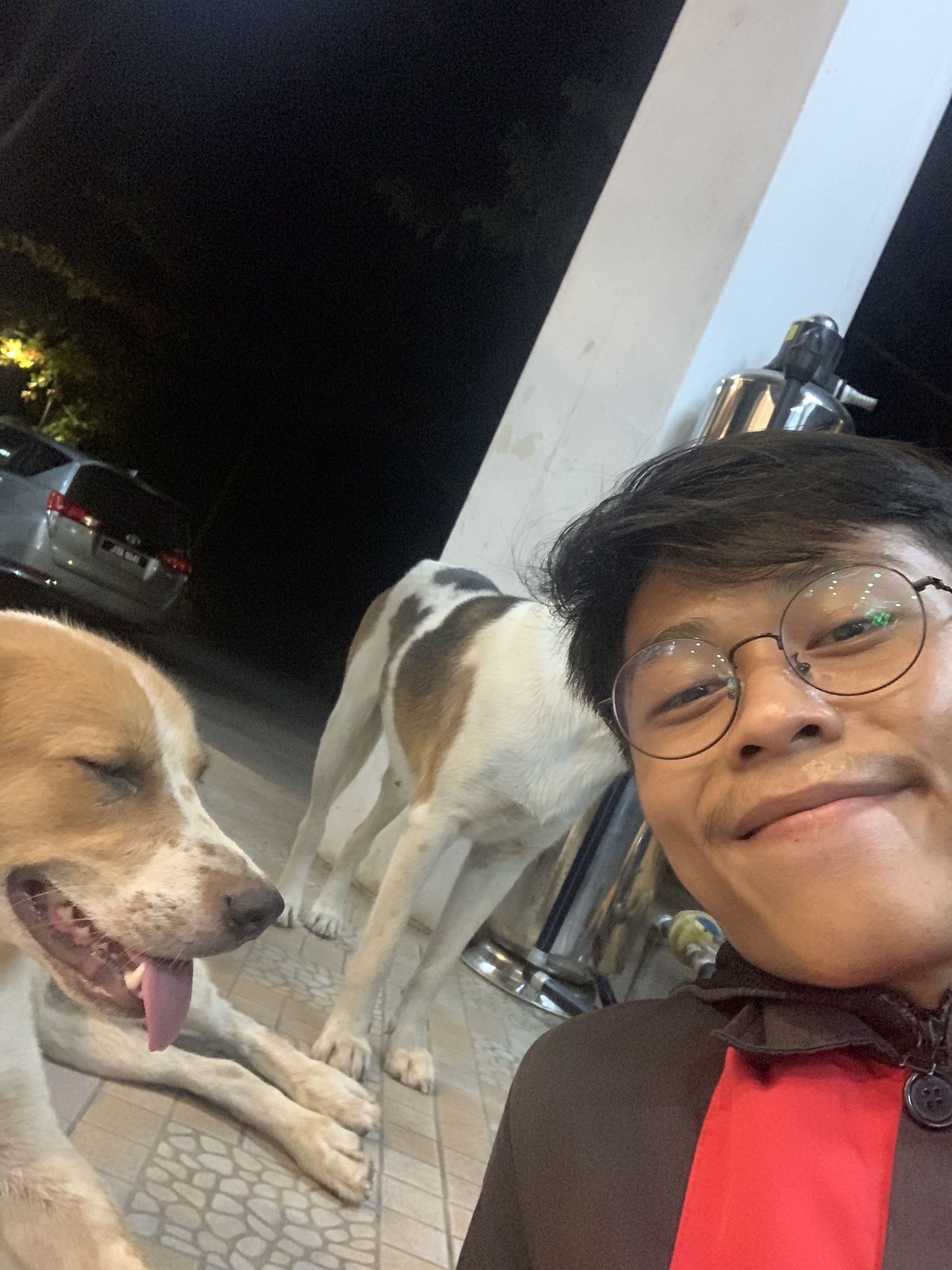 Ever since the surprise visit, the stray patiently waits outside the store for Mr Ridhuan to finish his shift.

Now, other strays have also started waiting for him outside his workplace.

He even tweeted that he had “bodyguards”, as they hung around outside the convenience store where he works. 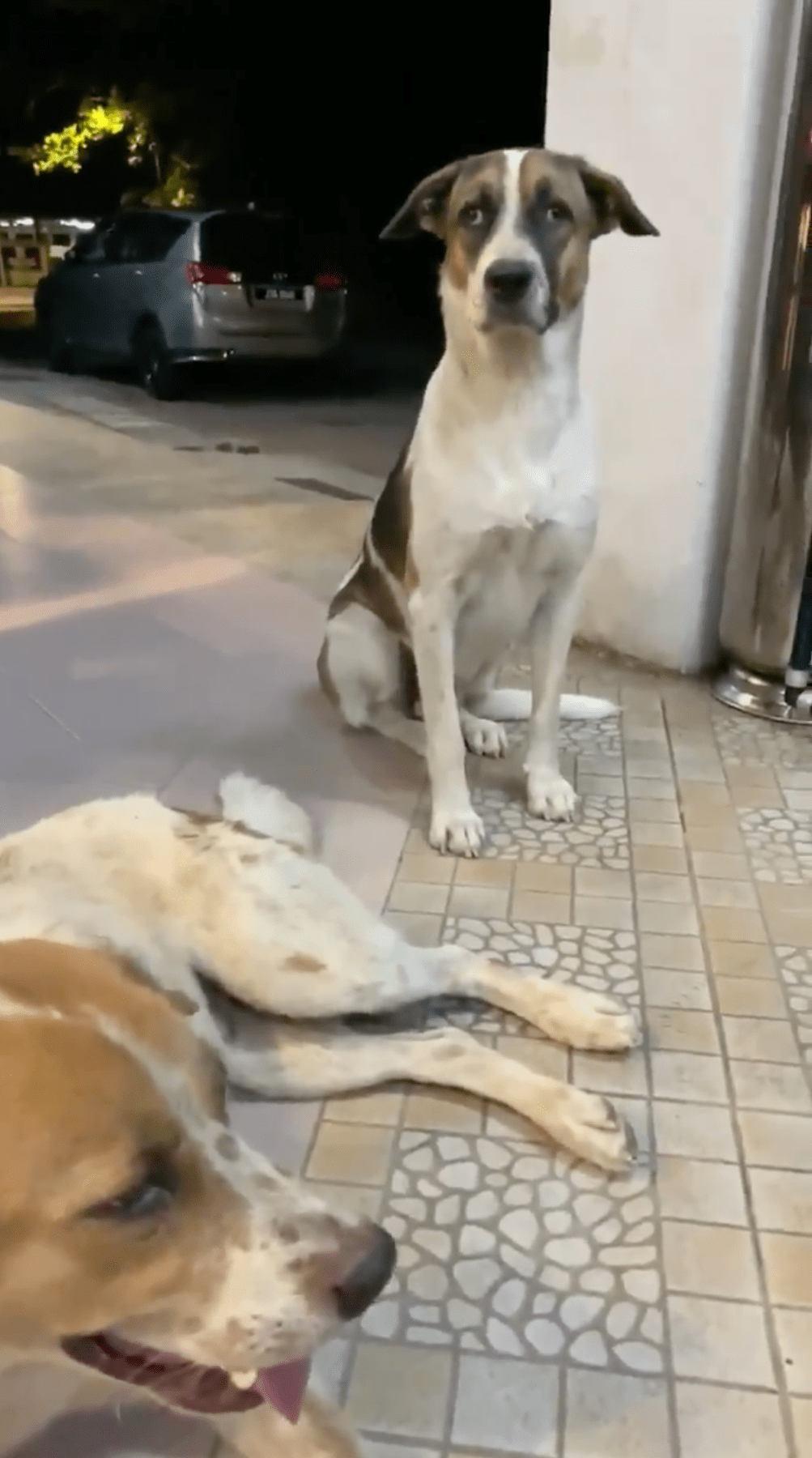 When evening comes, it’s a heartwarming and heartbreaking time for Mr Ridhuan, as the adorable dog gets sad whenever he has to leave for home.

The animal lover shared a video on Twitter where he comforted the forlorn dog.

He can be heard telling the dog not to be sad and that he will always be with him, even asking him to “chin up!”.

The touching scene moved netizens, and the video went viral, garnering over 8,400 shares and 15,600 likes.

Mr Ridhuan claimed that when he first started feeding the dogs, there were 4 of them.

To his dismay, 2 were taken away by the authorities due to complaints. 1 more is roaming around the restaurants.

Thus, he worries that the same fate may befall his favourite dog each time he leaves. 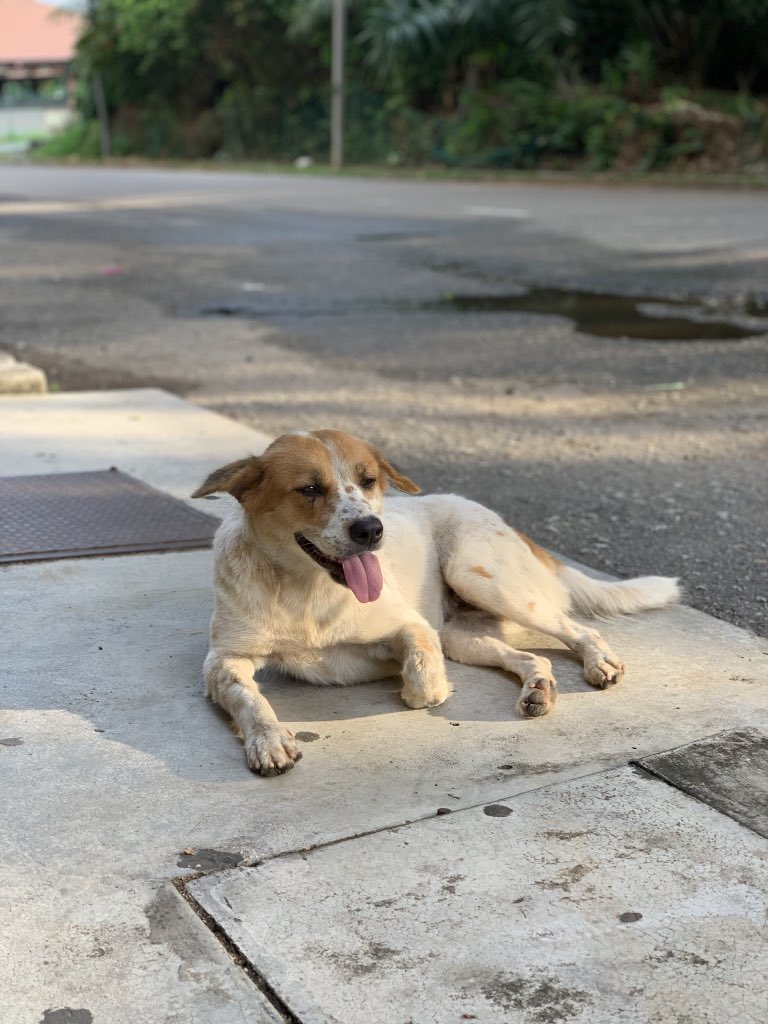 While Mr Ridhuan has received some criticism for touching dogs due to religious beliefs, he’s unfazed by it.

He says he always puts on gloves before touching the dogs. Besides, he believes that we should treat all animals with love and kindness.

Also, his late mother had always taught him to love animals.

It’s evident that the man is indeed a true animal lover. 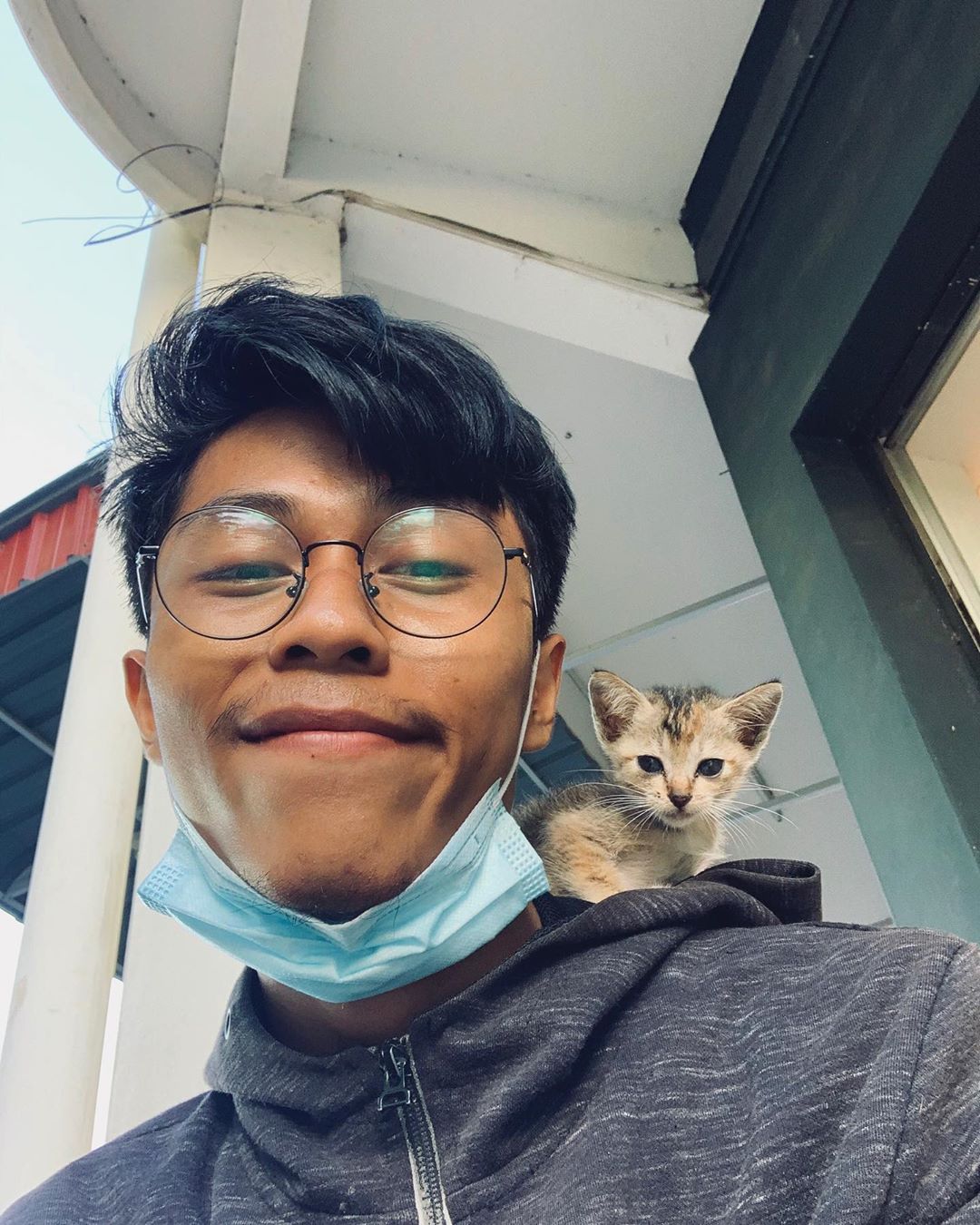 Additionally, he often posts on Instagram and Twitter about all kinds of animals and those in need of help.

Man’s dedication to caring for animals is an inspiration

Kudos to Mr Ridhuan for having a heart and showing love and kindness to community animals, he truly is an inspiration.

Stray dogs also exist in Singapore, and we can also help to care for them in many ways like Mr Ridhuan.

For example, some local animal lovers recently saved a dog found by the road who needed help.

Let’s be more compassionate to our community animals, as it’ll help us treat our fellow humans better as well and help Singapore to become a gracious society.