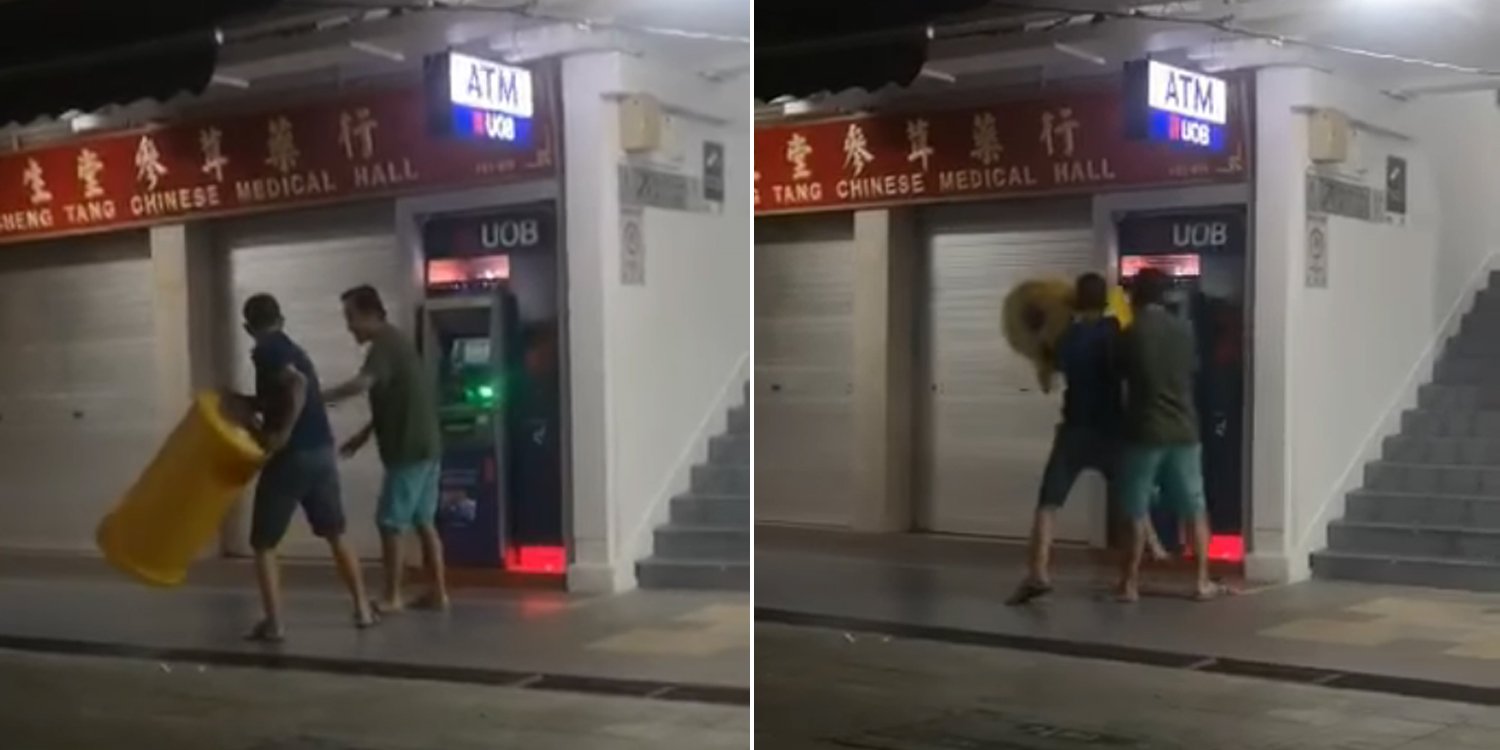 Man Thrashes Toa Payoh ATM With Dustbin, Stranger Calms Him Down & Accompanies Him To Kopitiam

Automatic Teller Machines (ATM) are non-living things and do not require food of any kind for sustenance. 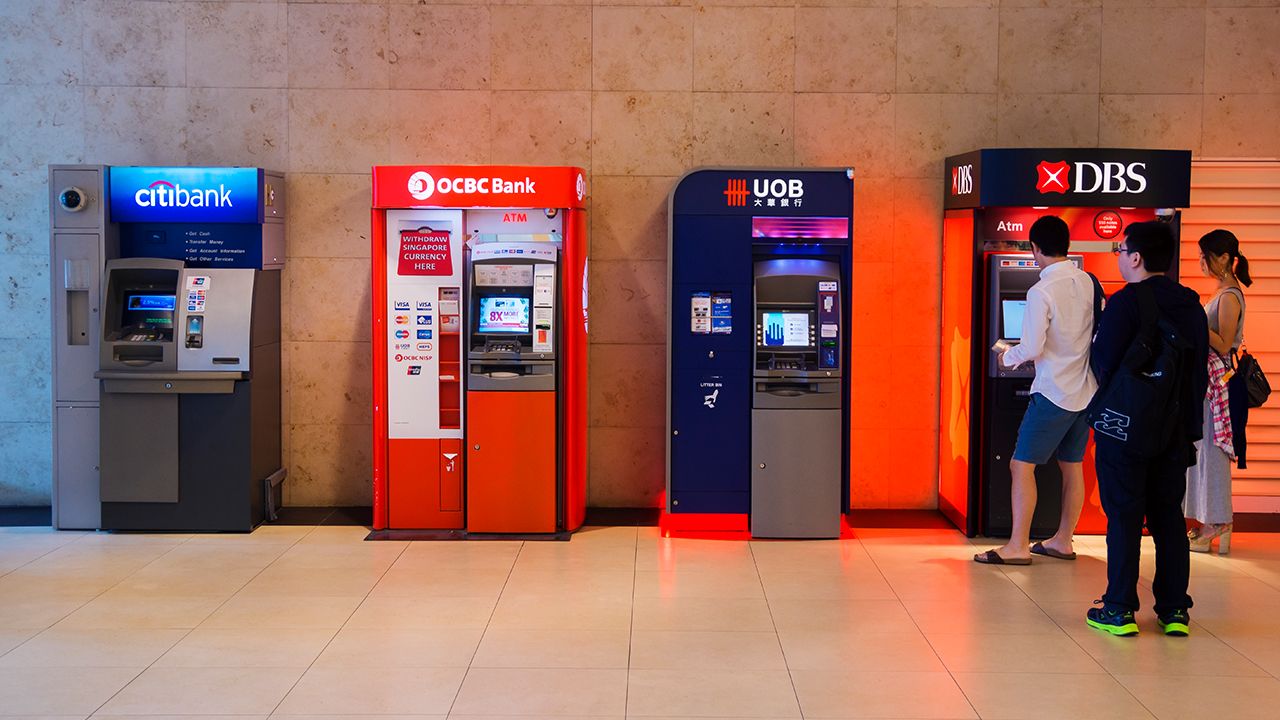 One gluttonous ATM in Toa Payoh, however, ended up ‘eating’ an unsuspecting man’s ATM card on Monday (19 Oct), after he slotted it in.

In a moment of rage, the man grabbed a dustbin nearby and thrashed the machine with it. Footage of his unrelenting assault spread widely on social media. 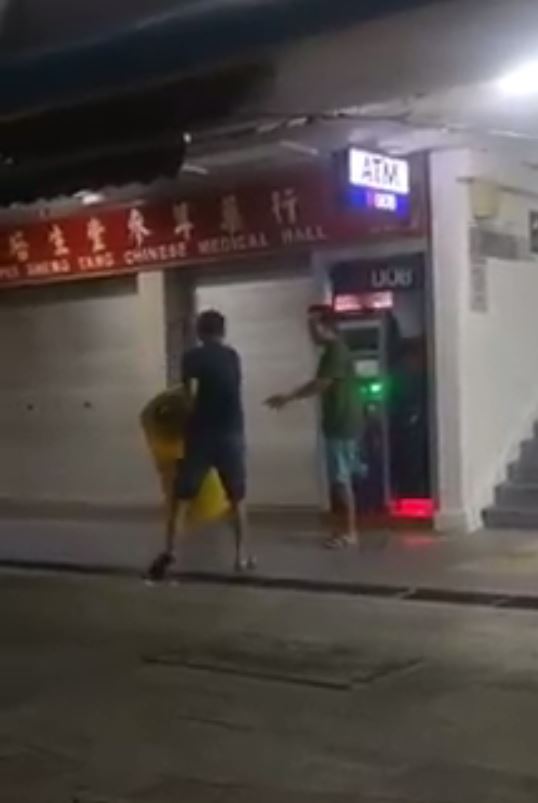 Thankfully, no ATMs were hurt, and the machine in question reportedly resumed work the next day without any issues.

In the clip, a man dressed in black appears to be holding a yellow dustbin and attempting to strike a UOB ATM. 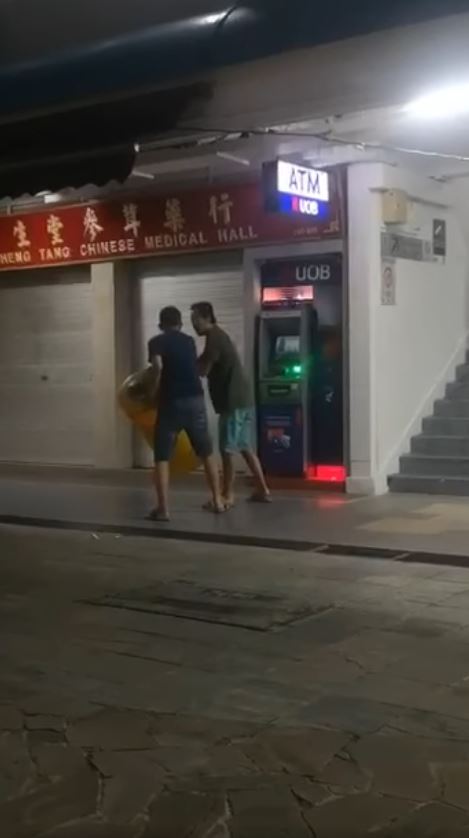 Another man in a grey T-shirt and light blue shorts tries to stop him, but the assailant still succeeds in landing a few strikes. 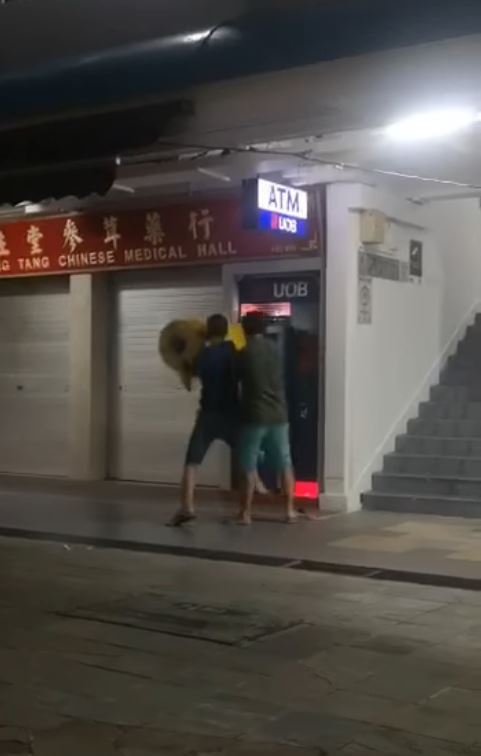 Throughout the video, the seemingly drunk man audibly hurls vulgarities, though who he’s directing them to is unclear.

Stranger calms man down & takes him to a kopitiam

At around the 48-second mark, the aggressor appears to be distracted by an item on the floor. Capitalising on the opportunity, the other man grabs the yellow bin and returns it to its original position next to a stairwell. 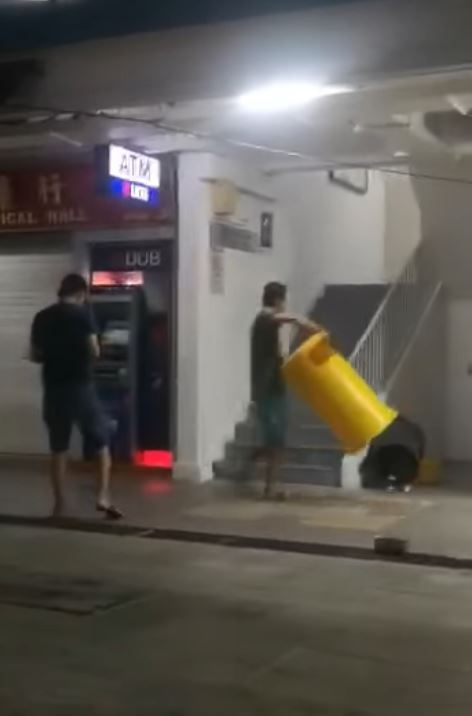 The aggressor’s anger simmers considerably after that, as he calmly walks to a nearby kopitiam with the peacemaker. 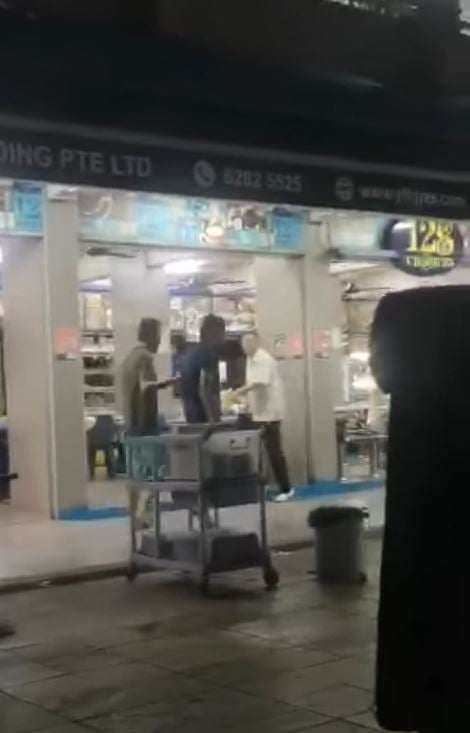 Man became angry after card got stuck in ATM

Speaking to Lianhe Zaobao, the 48-year-old peacemaker shared that he didn’t know the assailant.

He added that the man was drinking prior to the assault, and became angry after his card got ‘stuck’ in the ATM.

Thankfully, the ATM did not sustain any serious damage and was  reportedly up and running the next morning. 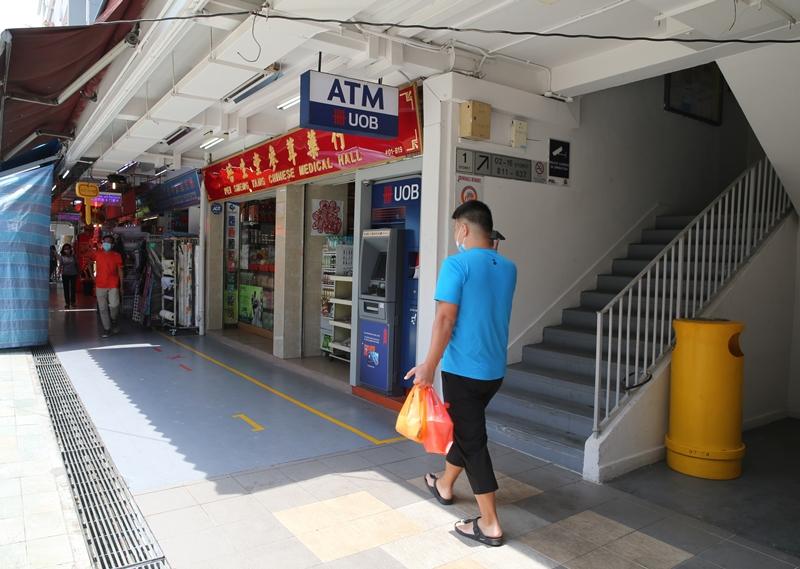 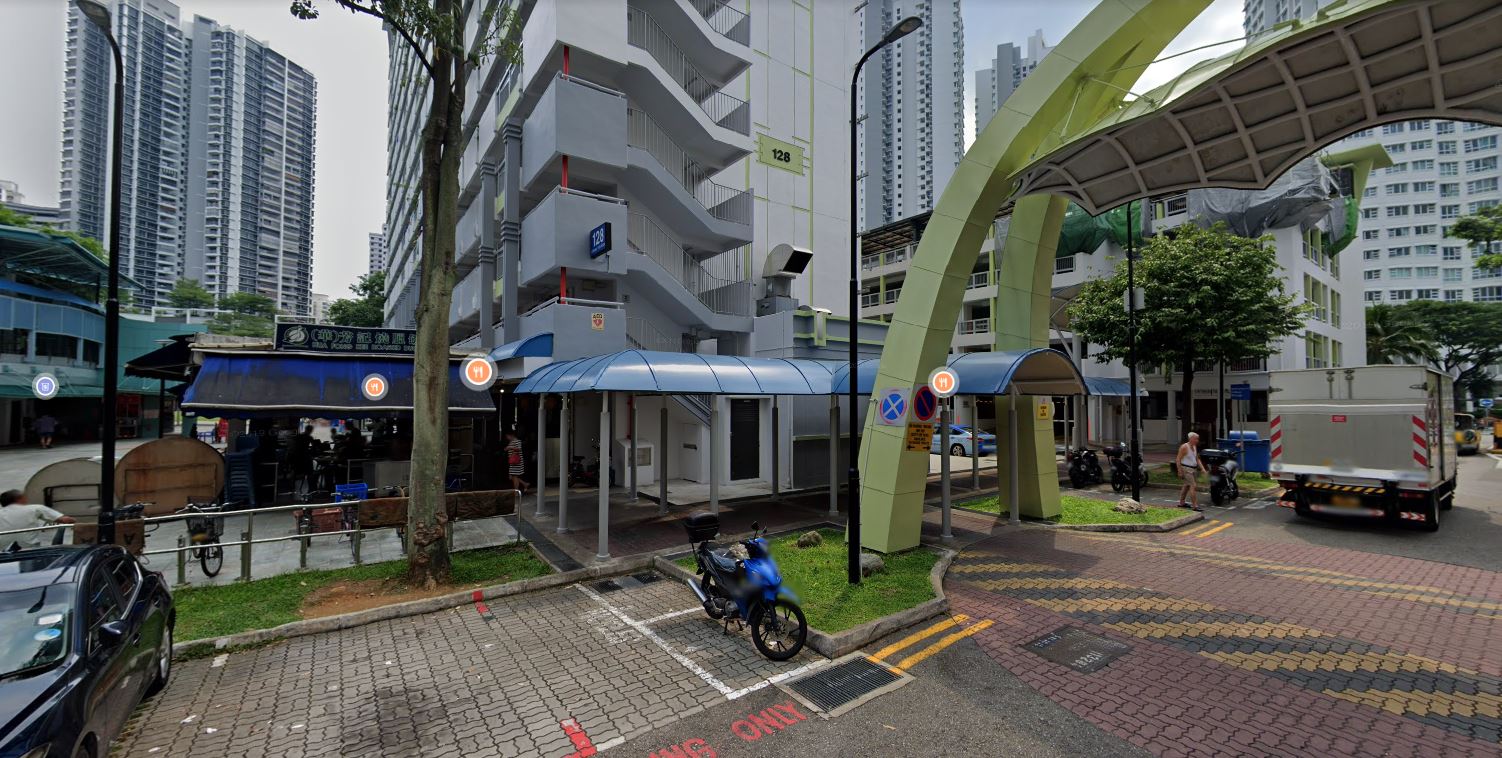 According to STOMP, a 51-year-old man was arrested for causing annoyance when under the influence of alcohol.

He also faces another charge for using “criminal force” to prevent a public servant from carrying out his job.

If found guilty for the former offence, the man faces a fine of up to $1,000 or a jail sentence of up to 1 month, or both. He faces more severe punishment if it’s a repeated offence. 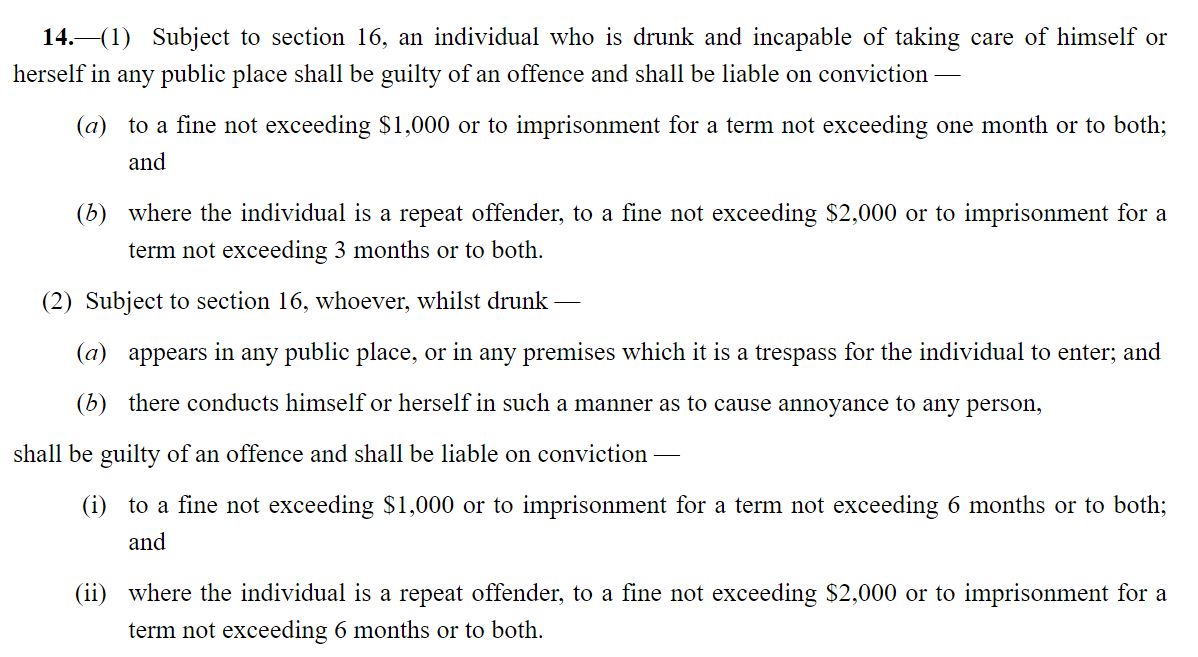 Meanwhile, the latter offence carries a jail term of up to 4 years, a fine of an undisclosed amount, or both.

Regardless of the circumstances, damaging property as seen in the video does not solve any problem and could potentially make the situation worse than it already is.

Nonetheless, we hope the ‘eaten’ card was eventually returned to the man.

If you ever find yourself in such a situation, call the bank, and try to get help from them.