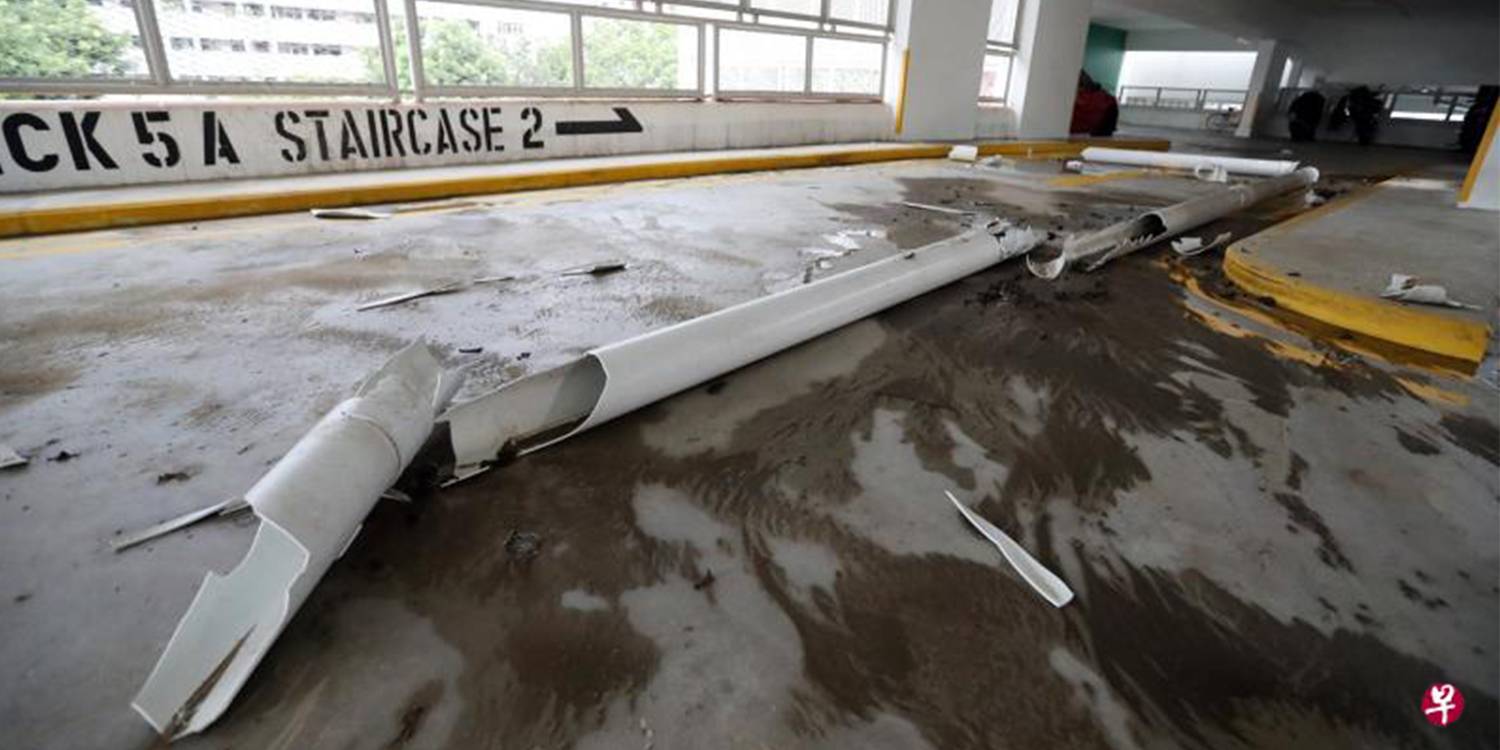 Water Pipe Collapse Likely Due To Heavy Rain The Day Before

Many parts of Singapore were hit by torrential rain over the weekend.

Estates like Choa Chu Kang and Bukit Batok were most adversely affected, with flash floods breaking out.

But if you think you’re safe from Mother Nature by simply staying indoors, think again.

Lianhe Zaobao reported on Sunday (Nov 11) that a water pipe collapsed at a multi-storey carpark at 547 Segar Road, in Bukit Panjang.

The accident occurred on the 5th floor of the carpark.

The affected pipe was massive, measuring 10 metres in length. After falling off, the pipe broke into 4 large pieces and several splinters. 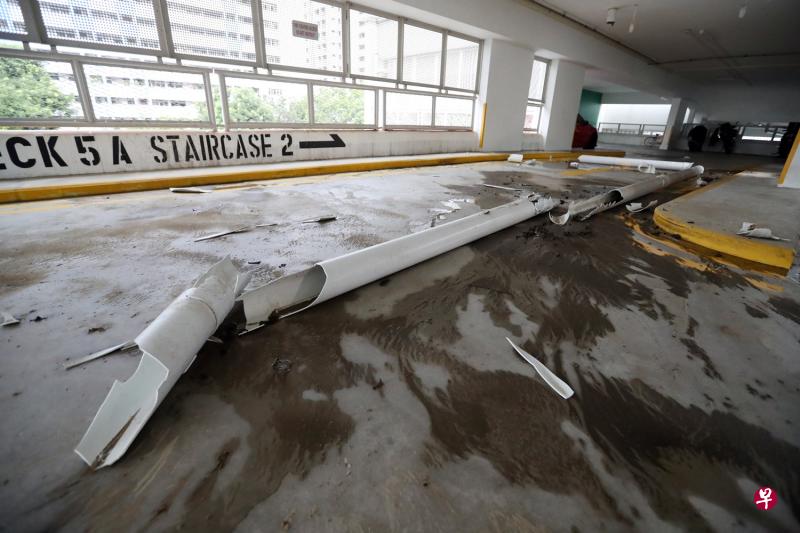 On closer inspection, the pipe’s interior was filled with sediment and sand. Some say that the weight of these particles caused the pipe to collapse.

Thankfully, no people nor cars were affected by the collapsed pipe.

But Mr Chew, a private-hire driver, recounted the close shave he had that fateful day.

On Sunday, Mr Chew was washing his car at the carpark when he heard a loud crashing sound.

At first, he didn’t think much of it, as he thought someone had merely dropped a heavy object.

He only realised what the ‘heavy object’ was 5 minutes later, as he drove out of the carpark, having finished his washing.

On hindsight, Mr Chew considered himself lucky. He said,

I was lucky to not finish washing my car that early.

If that had been the case, Mr Chew and his car would have been struck by the water pipe.

It wasn’t just carparks that were affected by the rain. Roads in Choa Chu Kang and Bukit Batok were filled to the brim with teh-esque rainwater. Footage of muddy-water filled roads went viral instantly.

This picture shows a makcik in ankle deep waters at the height of the flash floods. 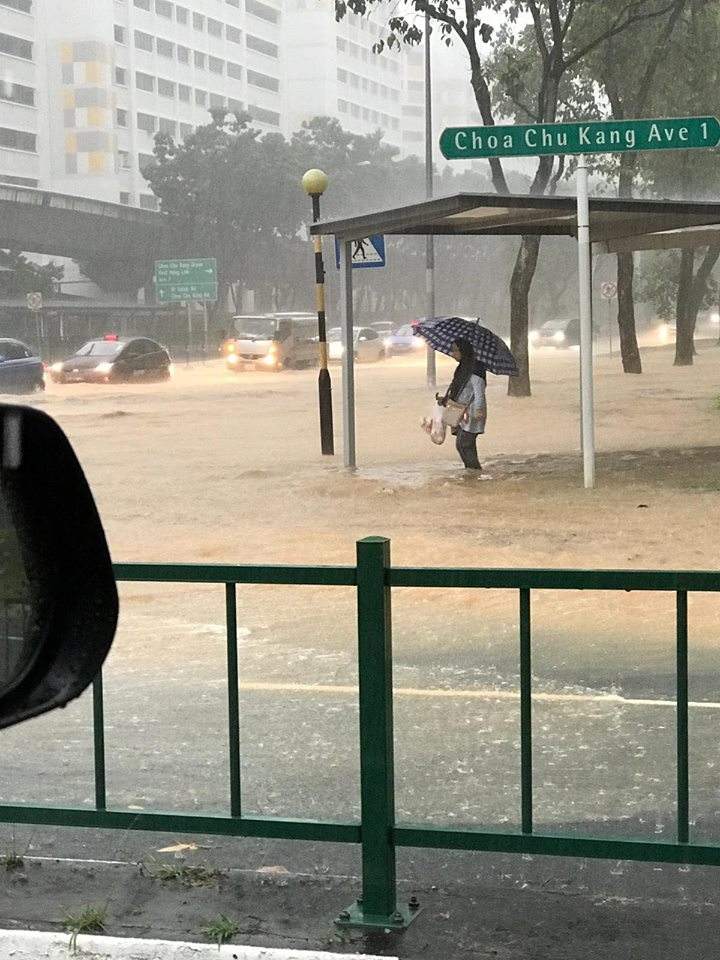 Even carpark payment gantries were not spared. 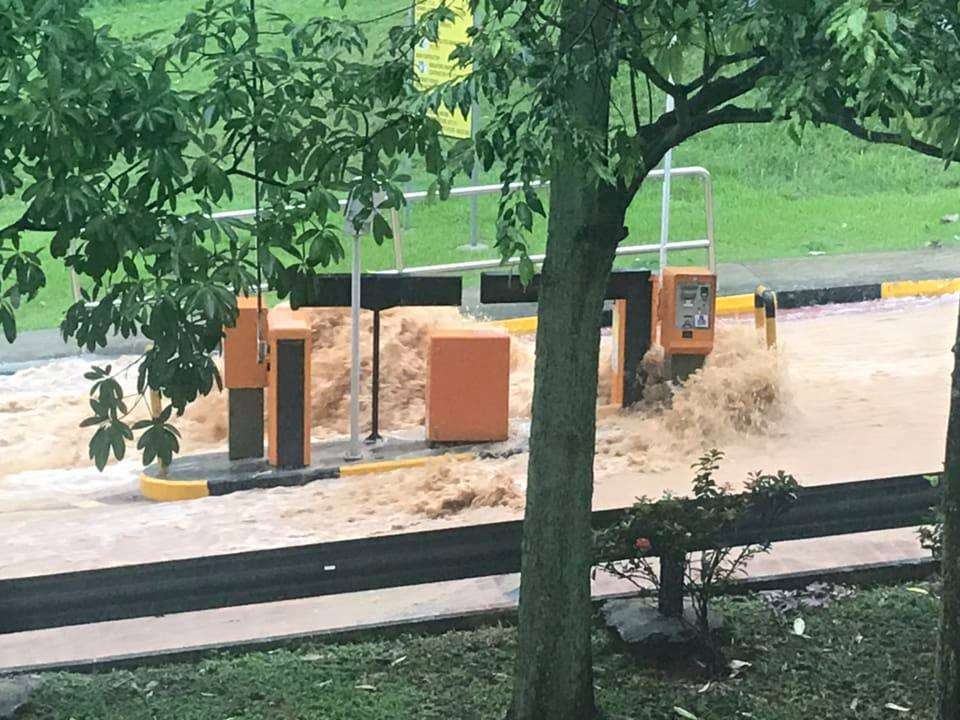 PUB later revealed it recorded 100mm of rainfall in just 1.5 hours. This corresponds to roughly 40% of the monthly average rainfall in November.

Link to flood not confirmed

While many believe that the collapse of the pipe was linked to the flood the day before, HDB has yet to release any statement regarding this accident.