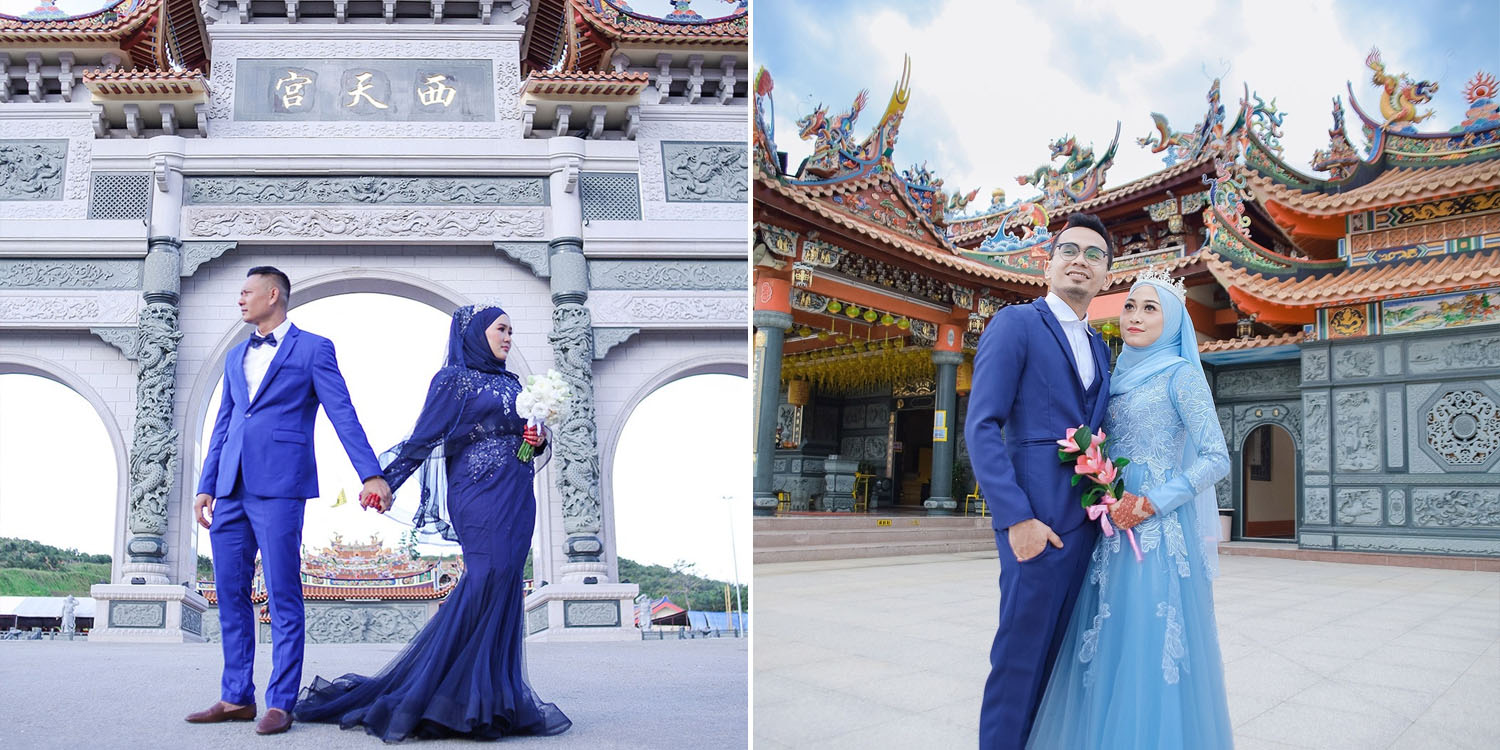 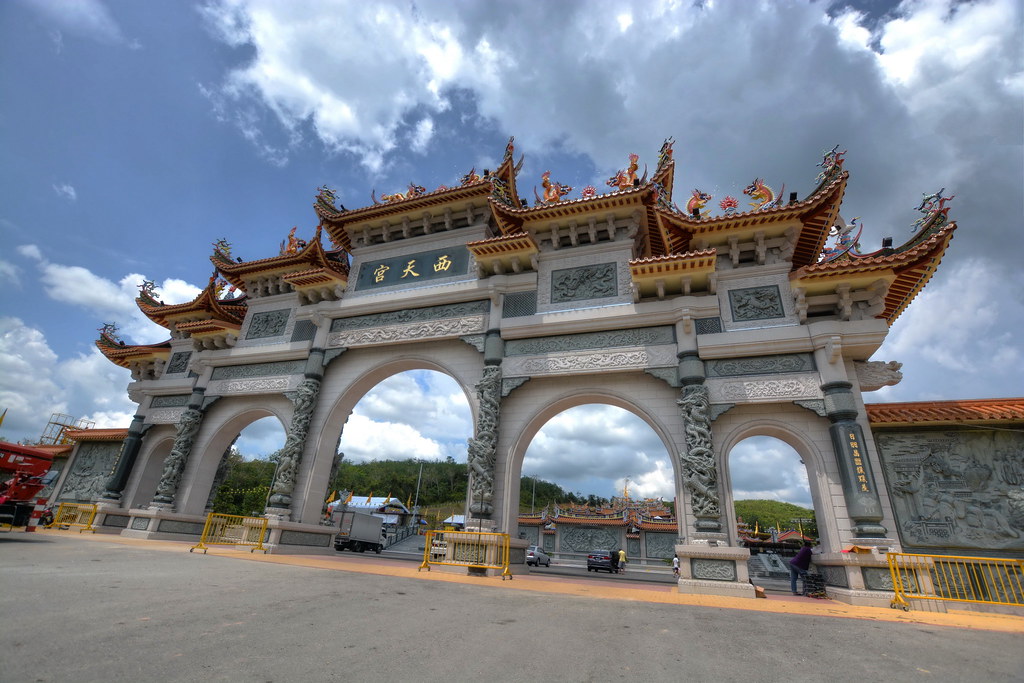 Despite it being a sacred religious site for devotees, the temple’s beauty has attracted Malay couples who have chosen to take their wedding photos there.

The results are just as glorious as Si Thian Kong’s spectacular archway and stone carvings. Photography studio Two Fabulous Picture is behind most of the shots. We count at least 5 couples who have commissioned them for wedding photography services at the temple.

Taken earlier this year in March, this couple dons a suit and gown in striking blue, as they stand against a vibrant backdrop featuring the temple’s palatial roofs. 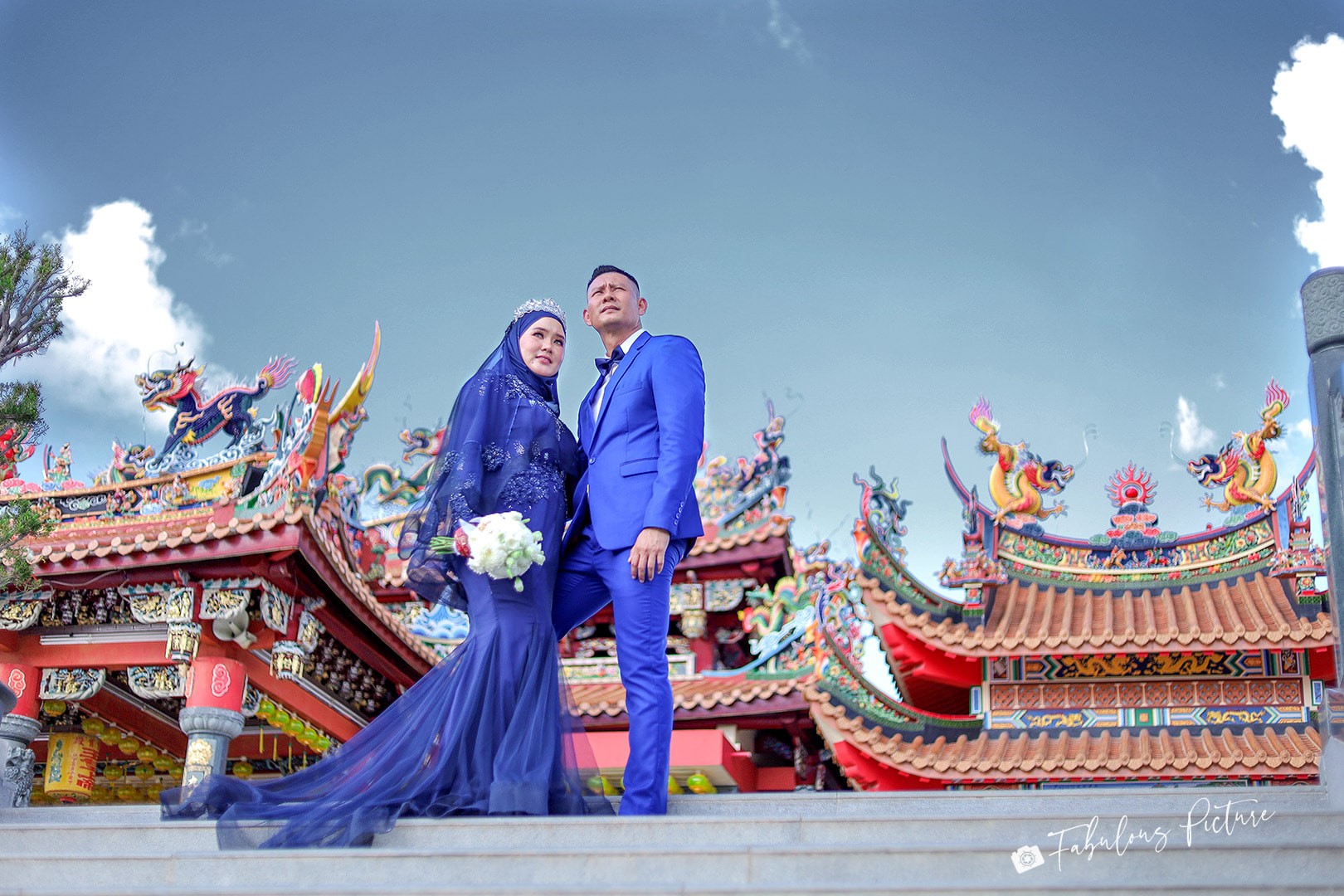 The Chinese architecture is no doubt visually arresting, as they are one of many couples who have their portraits taken like this. 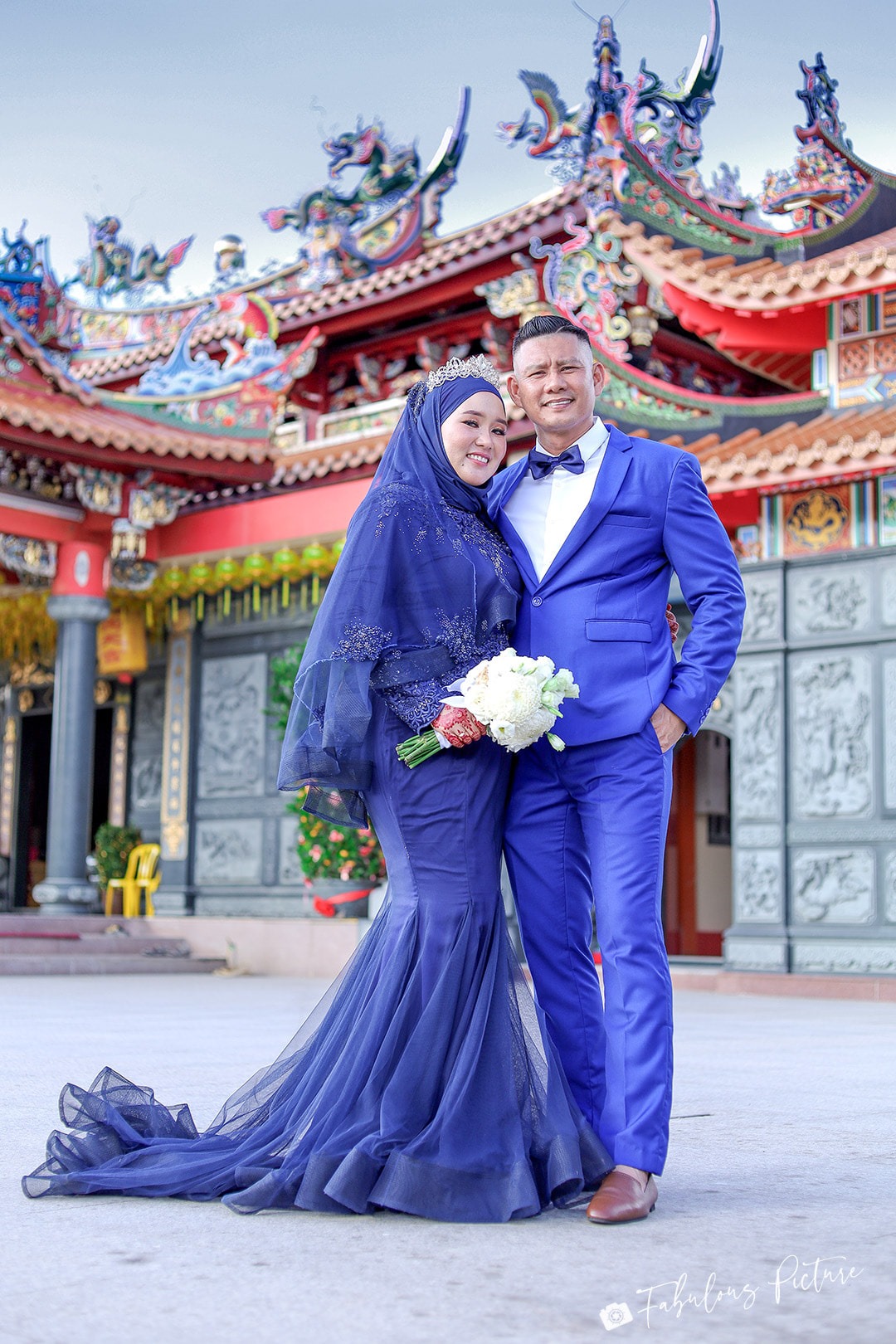 These lovebirds are standing at the same spot as the couple above, as they project a hopeful gaze. We hope they’re seeing a resplendent future ahead of them. 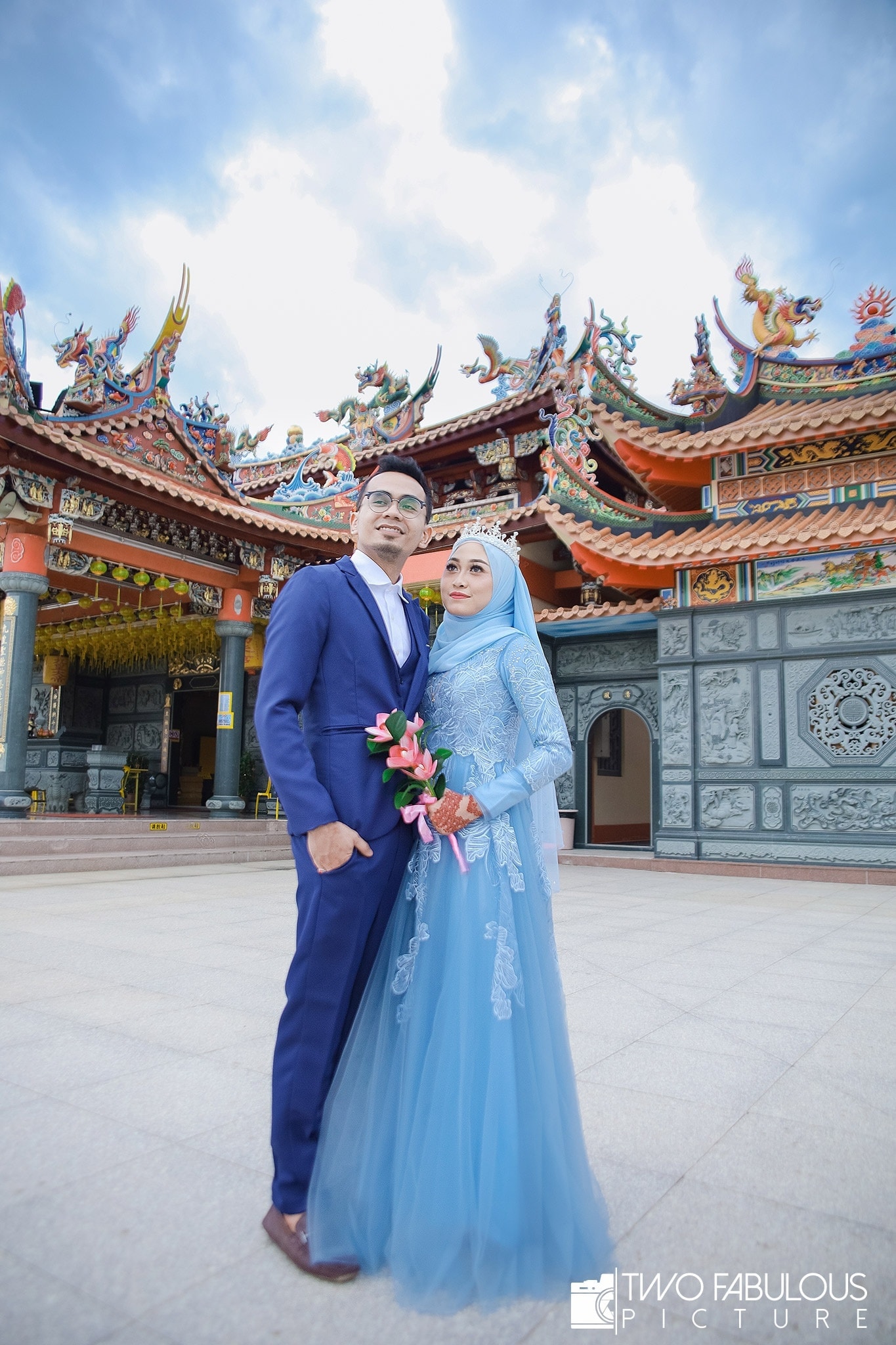 The bridesmaids have also joined the shot, as they strike a peculiar pose together with the bride at the temple’s steps. 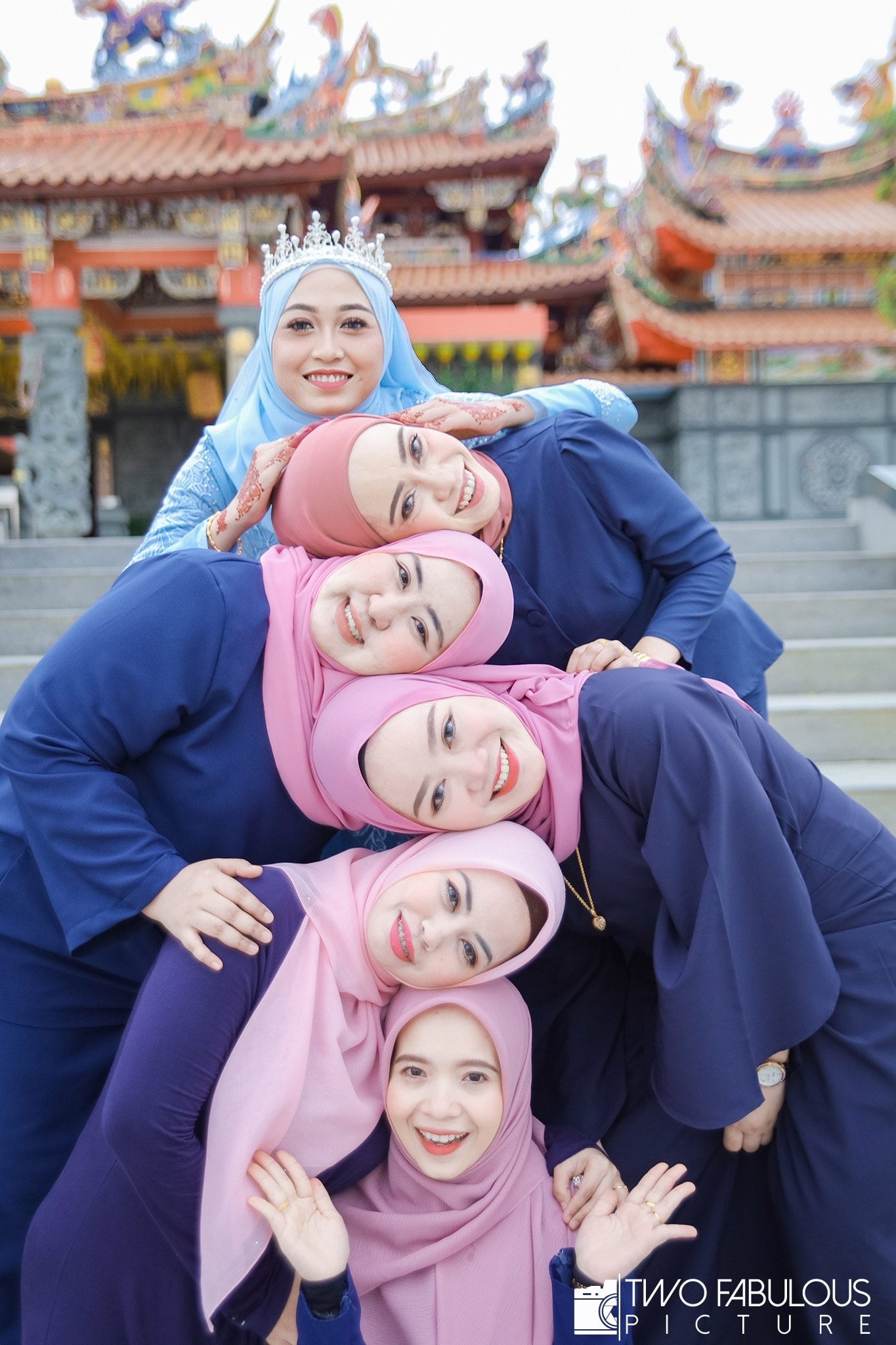 The iconic tradition of tossing the bouquet is also blissfully captured here, as bridesmaids leap in excitement to catch it. 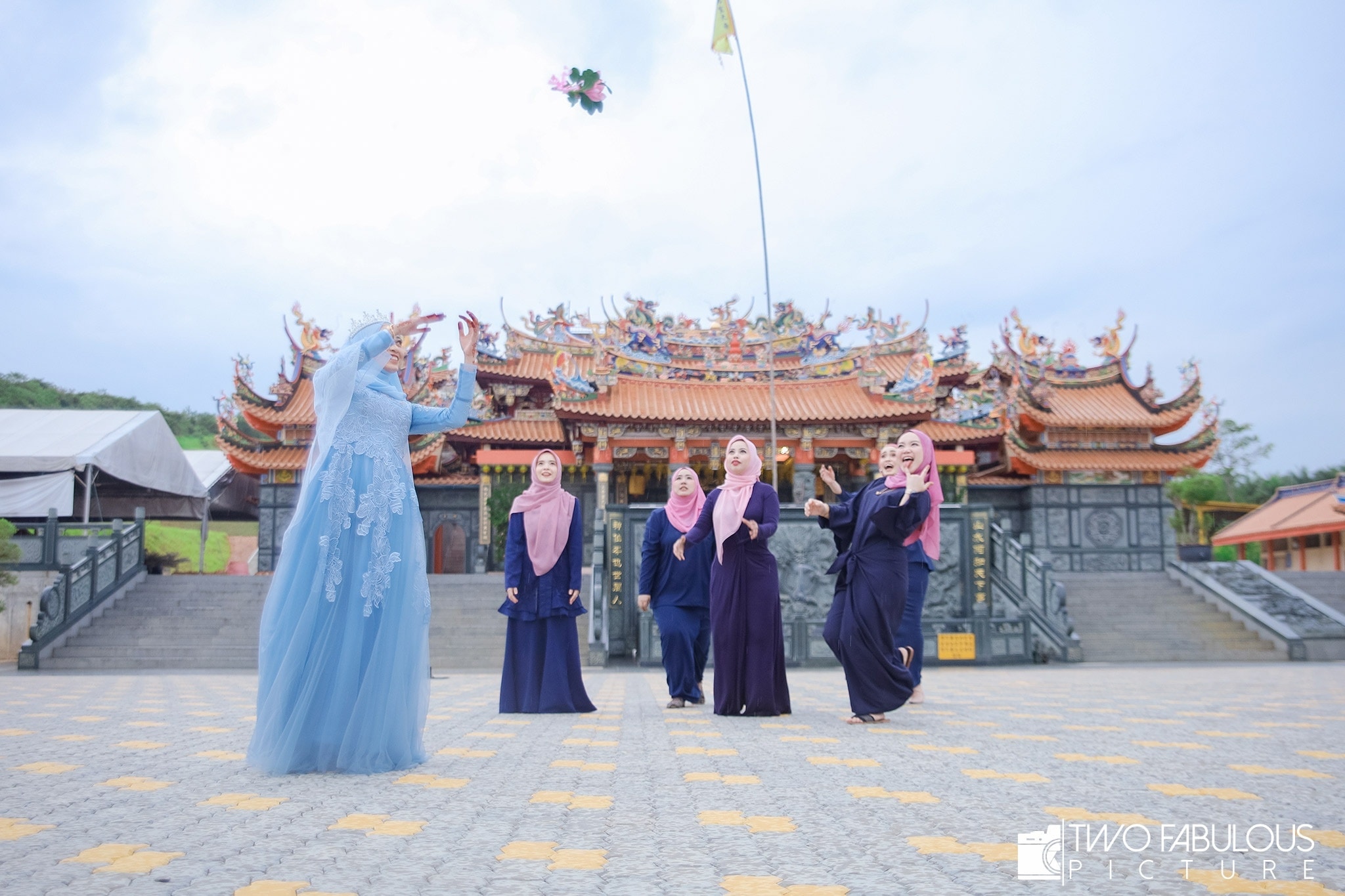 This couple seems to favour dramatic elements, as they aren’t afraid to let one of Si Thian Kong’s pagodas wrest for attention with them. 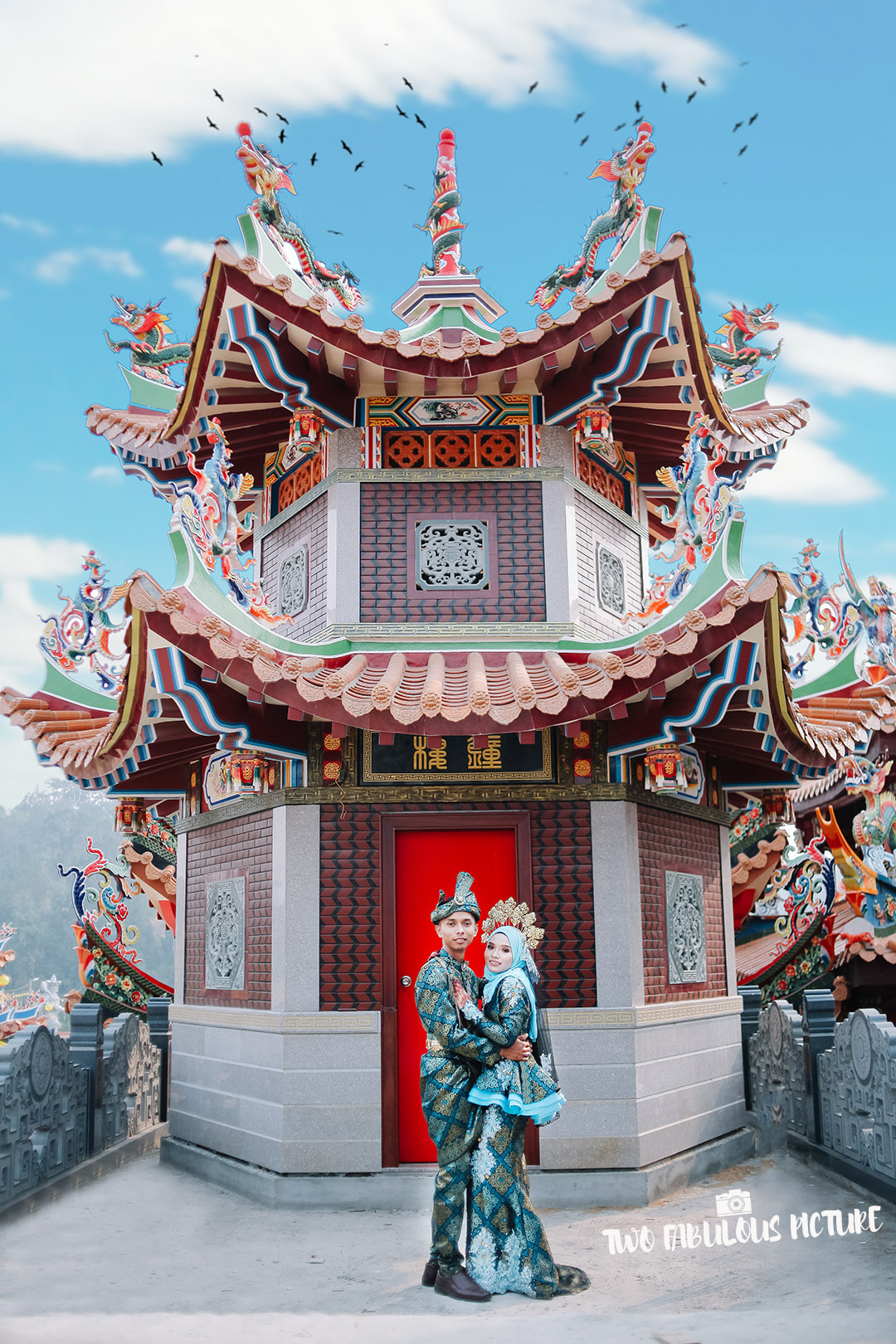 Here, it looks like the bride’s wedding dress train, which hangs from her waist, is unending as it flutters dazzlingly in the wind. 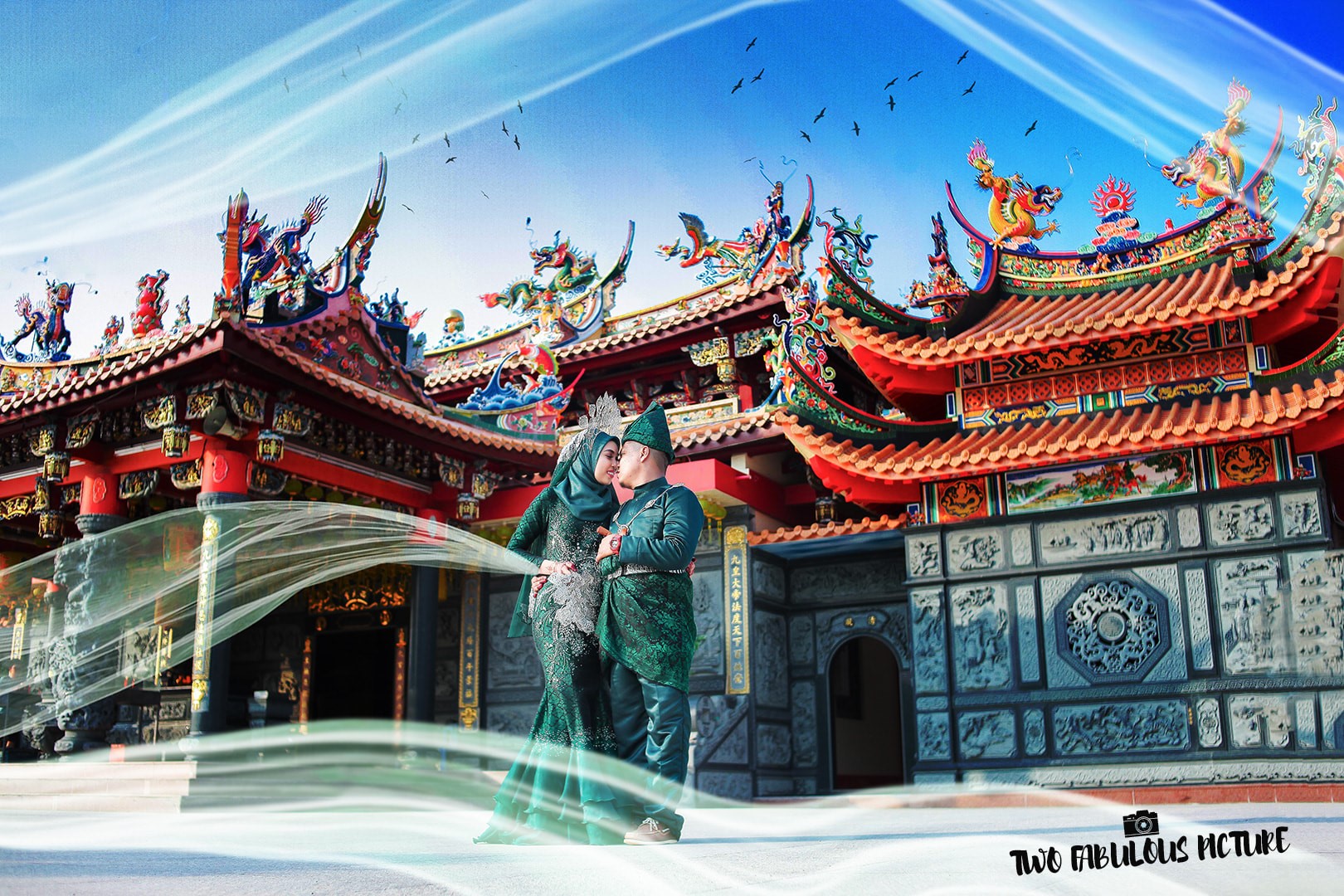 The photographers are obviously on the lookout for every photogenic nook and cranny they can find at the temple. This couple gets an imperial stone arch with intricate carvings as their backdrop. 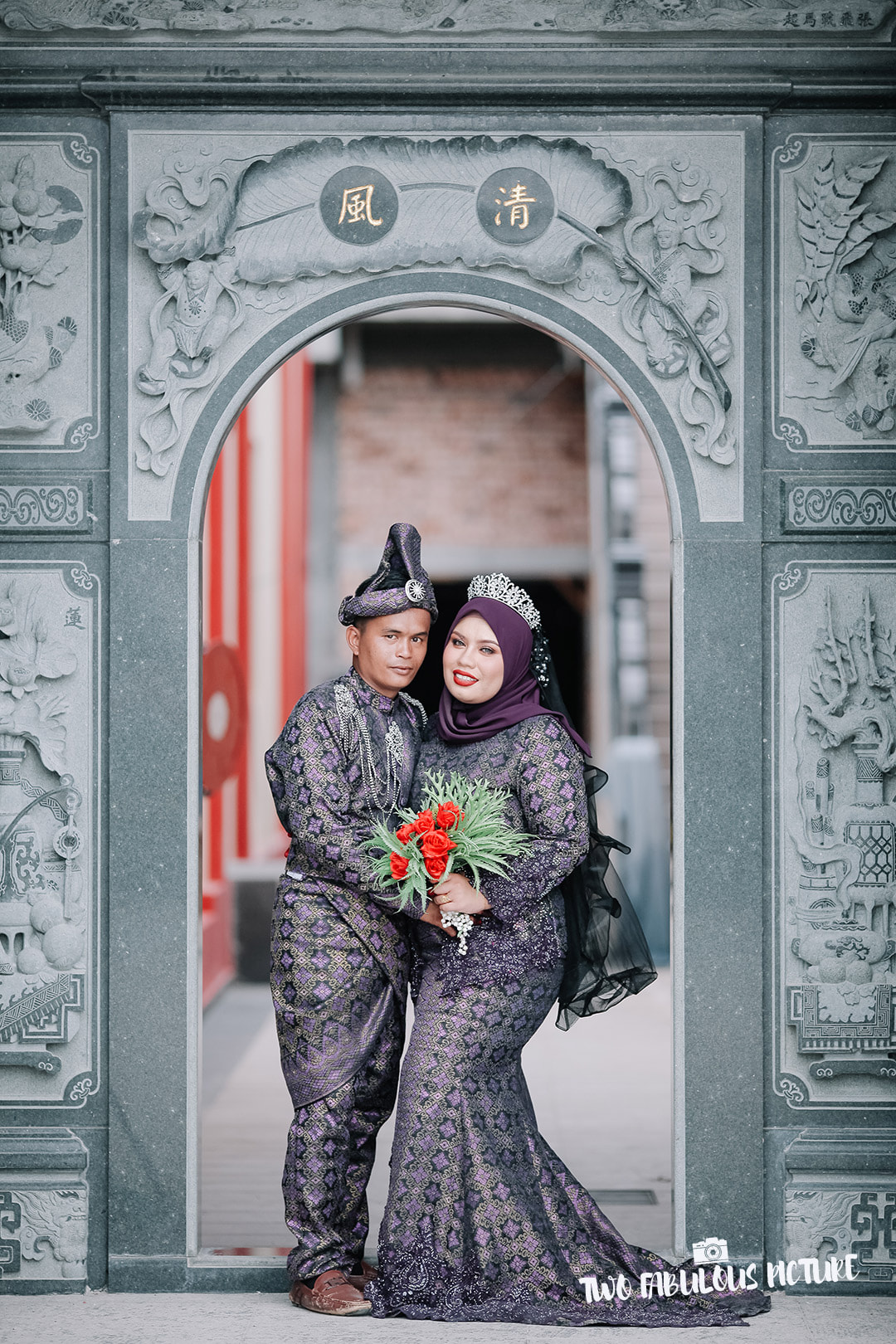 They even have a shot to capture their the A-team behind their wedding, i.e. their groomsmen and bridesmaids. 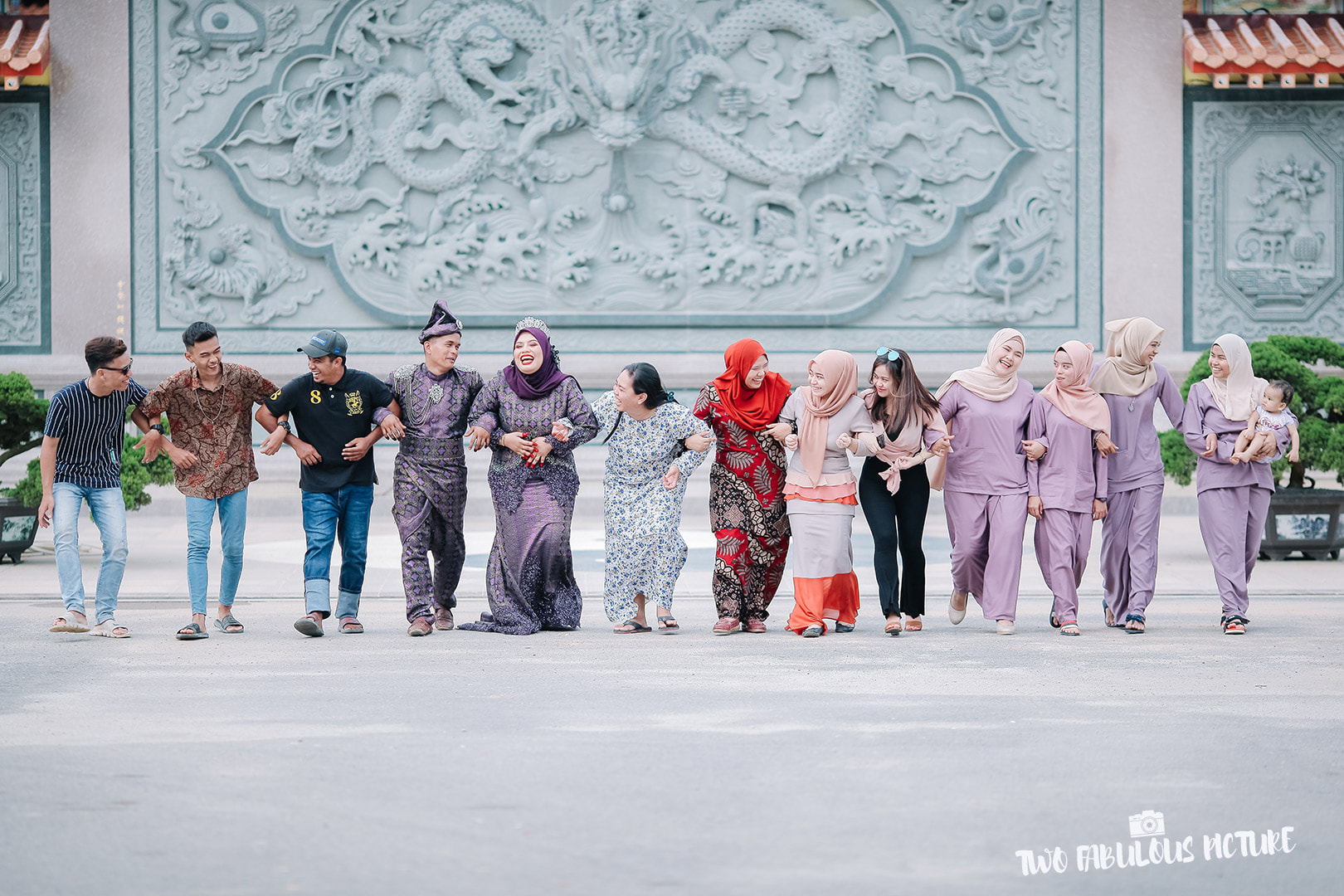 The temple’s corridors are also perfect spots for intimate, happy moments. Here, a couple smiles lovingly at each other in a second beautifully frozen in time. 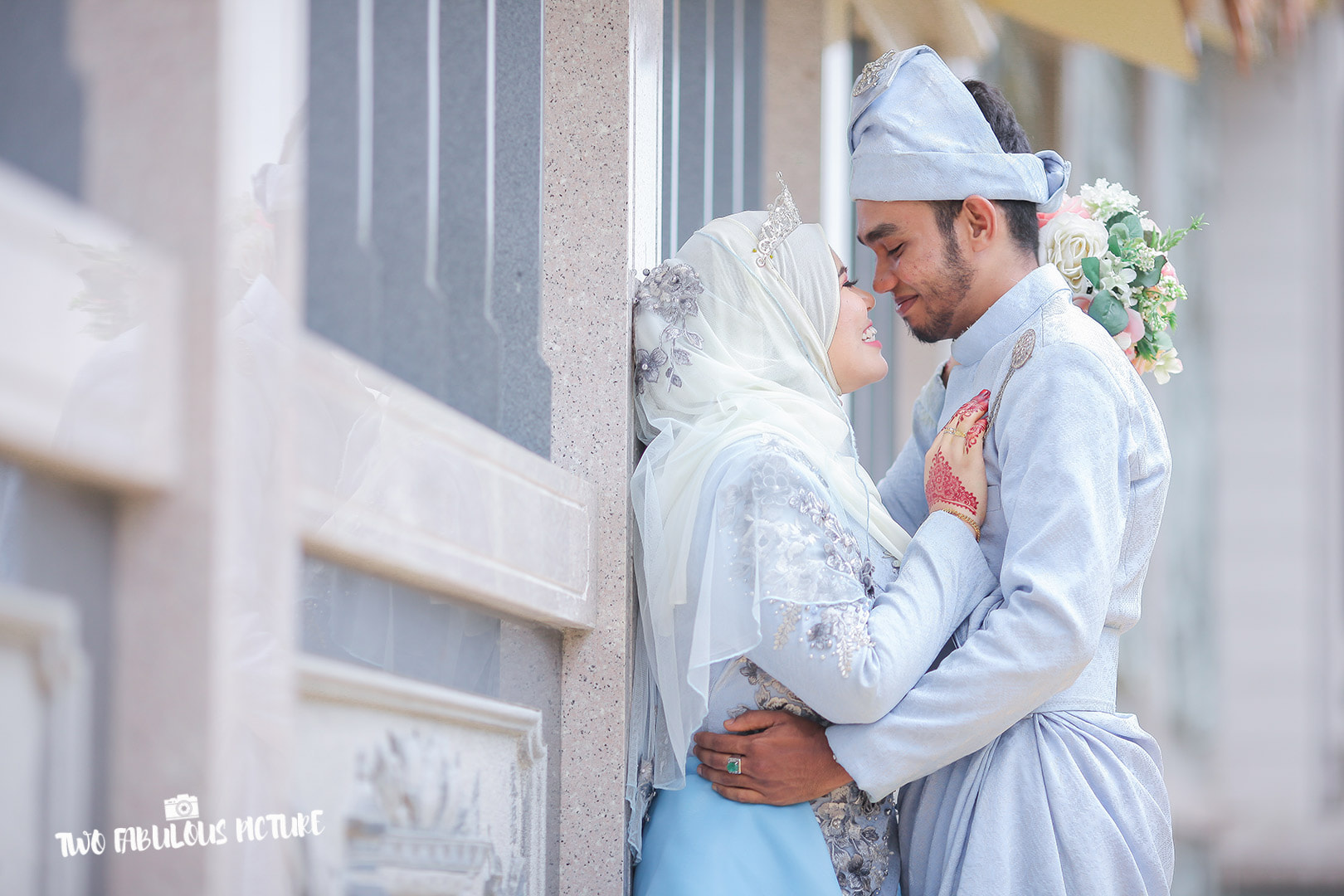 The groom is all out to impress, as he manages a slight jump in the air in a perfectly timed shot as he kisses his beloved’s hand. 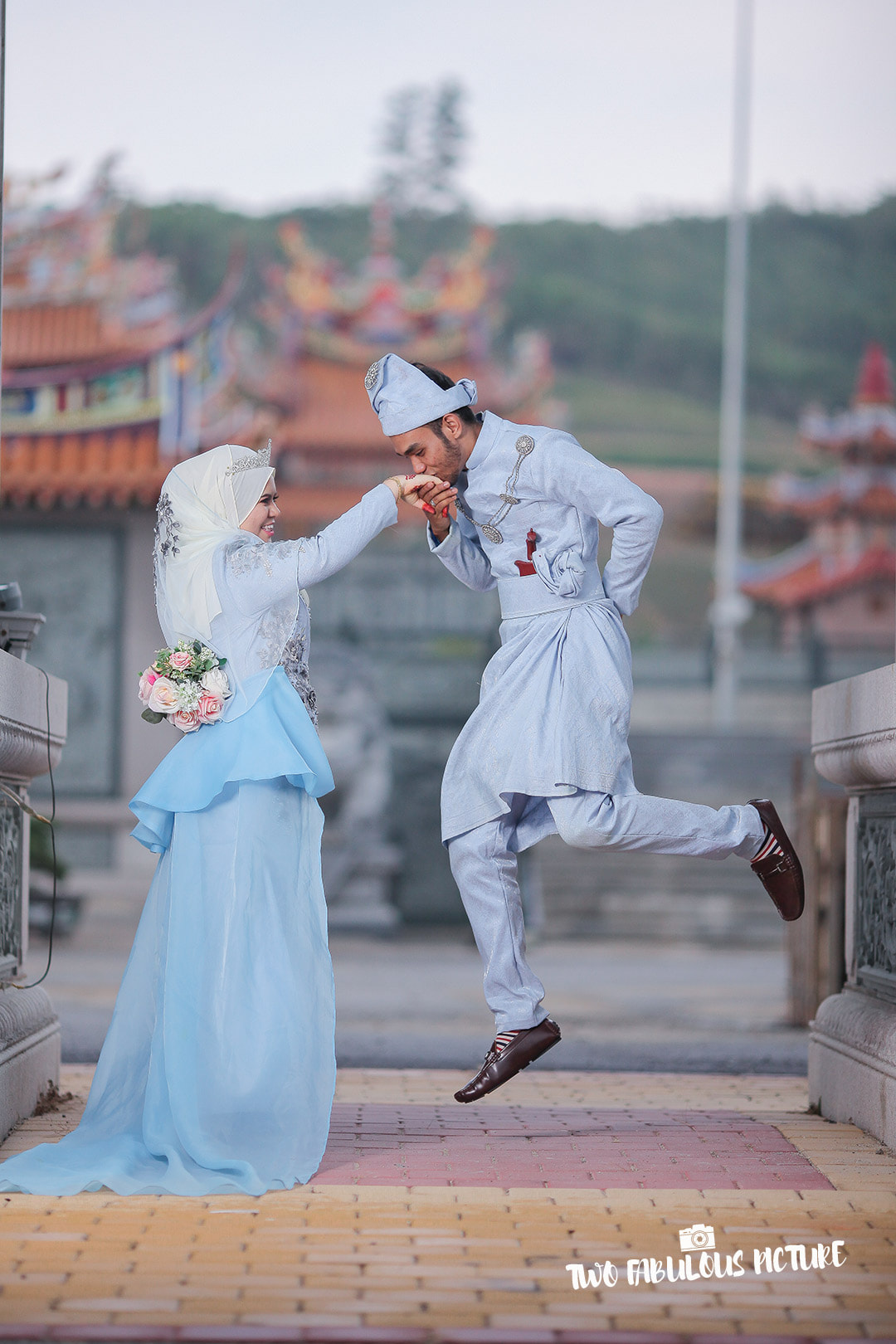 A picturesque symbol of racial harmony

We won’t know when leisure travelling is possible again, but if you’re keen, Si Thian Kong temple is located in Kuala Pilah — a small town in Negri Sembilan.

It’s a rough 1.5 hour-travel down south from Kuala Lumpur.

In a time where multicultural countries like Singapore and Malaysia strive for racial and religious harmony, it’s heartwarming to know that a religious site can be a symbol of peace and respect among different races.

Hopefully, this wonderful piece of news reminds us not to take racial harmony for granted. Instead, we should be actively taking steps to preserve it, and remember how far we’ve come along to achieve our success as a racially harmonious nation.

What do you think of their wedding shots? Let us know in the comments below.