[UPDATE 18/9] Netizens have written in to inform us that despite mainstream media reports, Blk 300 and some “industrial areas” in Yishun were hit by the blackout as well.

Multiple areas in Singapore were struck by a massive power outage in the wee hours of Tuesday morning (18 Sep).

According a SP Group Facebook post, the disruption started at around 1.18am and lasted for an estimated 38 minutes.

Talk about a mandatory Earth Hour.

19 estates were reportedly affected by the blackout, and these include:

Notably, most of Yishun was spared from being plunged into darkness, despite its ‘notorious’ reputation. 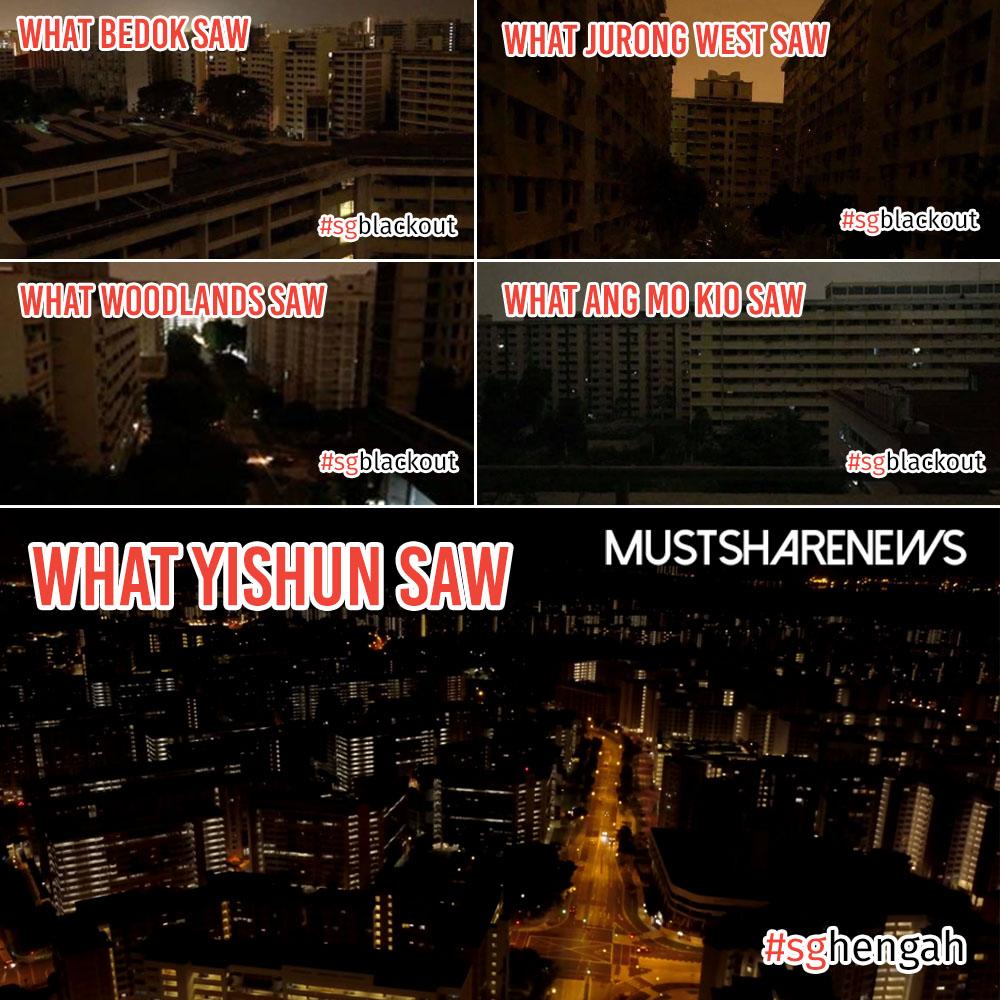 However, netizens mentioned that Blk 300 and the industrial areas within Yishun were hit.

But could this be the start of the resurgence that would make Yishun great again?

Other netizens affected by the blackout took to social media to share their experiences using the hashtag #SGblackout.

Twitter user @izreloaded apparently spotted some night owls in Bedok having a nice candlelight supper during the blackout. 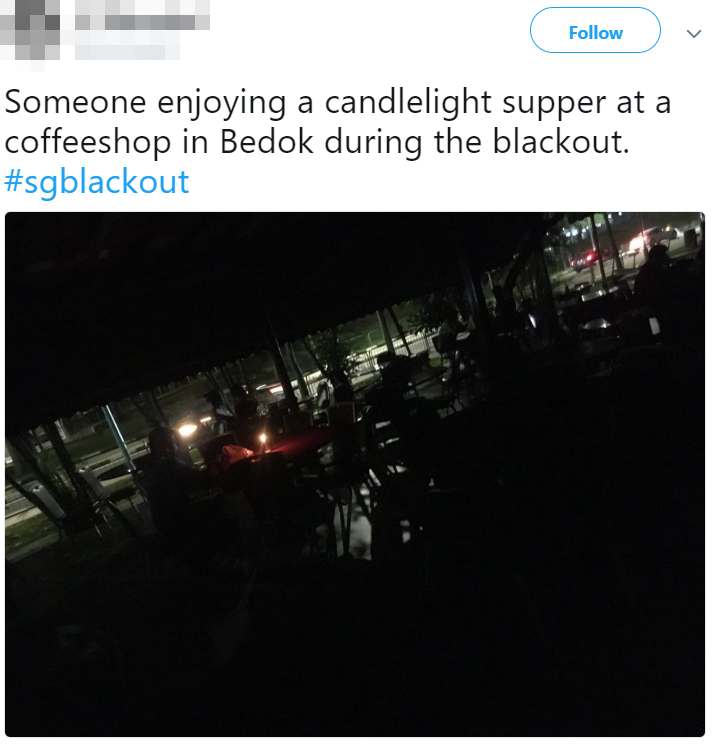 Another netizen on Twitter thought the blackout was impressive advertising “for some post-apocalyptic shit”. This netizen was understandably irritated after she woke up sweating as a result of her air-conditioning power being cut off. 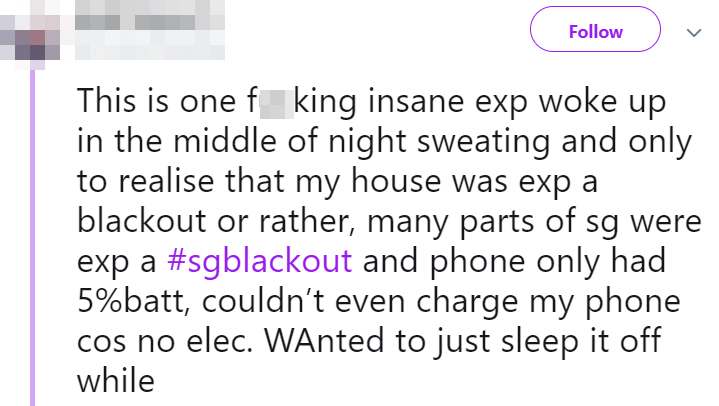 He described the blackout as being “serious and extensive” and informed Singaporeans that the hotlines were clogged due to the sudden influx of calls.

He also reassured Singaporeans that the relevant authorities are doing all they can to rectify the situation.

Investigations by the Energy Market Authority of Singapore (EMA) are ongoing as to why such a widespread blackout occurred.

Power utilities company SG Group will also delve into the cause of the incident, with preliminary findings uncovering a “partial loss of supply from two power generation units”.

It was later revealed that the cause of the power outage was “maintenance work” by SP Group’s crew at a substation.

Major kudos to SP Group’s team who managed to restore power within an hour.

We’re also glad the blackout happened in the dead of the night, instead of during the F1 race or it would have been pretty embarrassing.

Seeing how most of Yishun was spared despite being surrounded by other affected estates, here’s a plausible conspiracy theory: 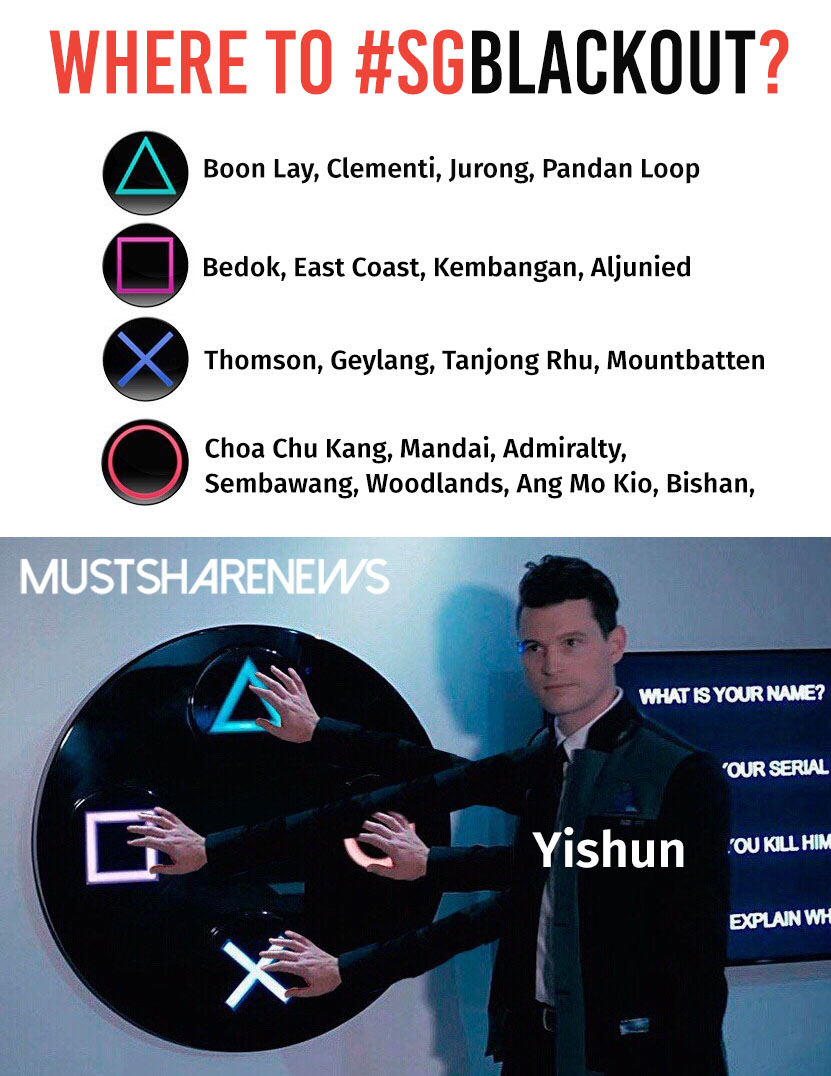 Were you affected by the blackout last night? Let us know down below.