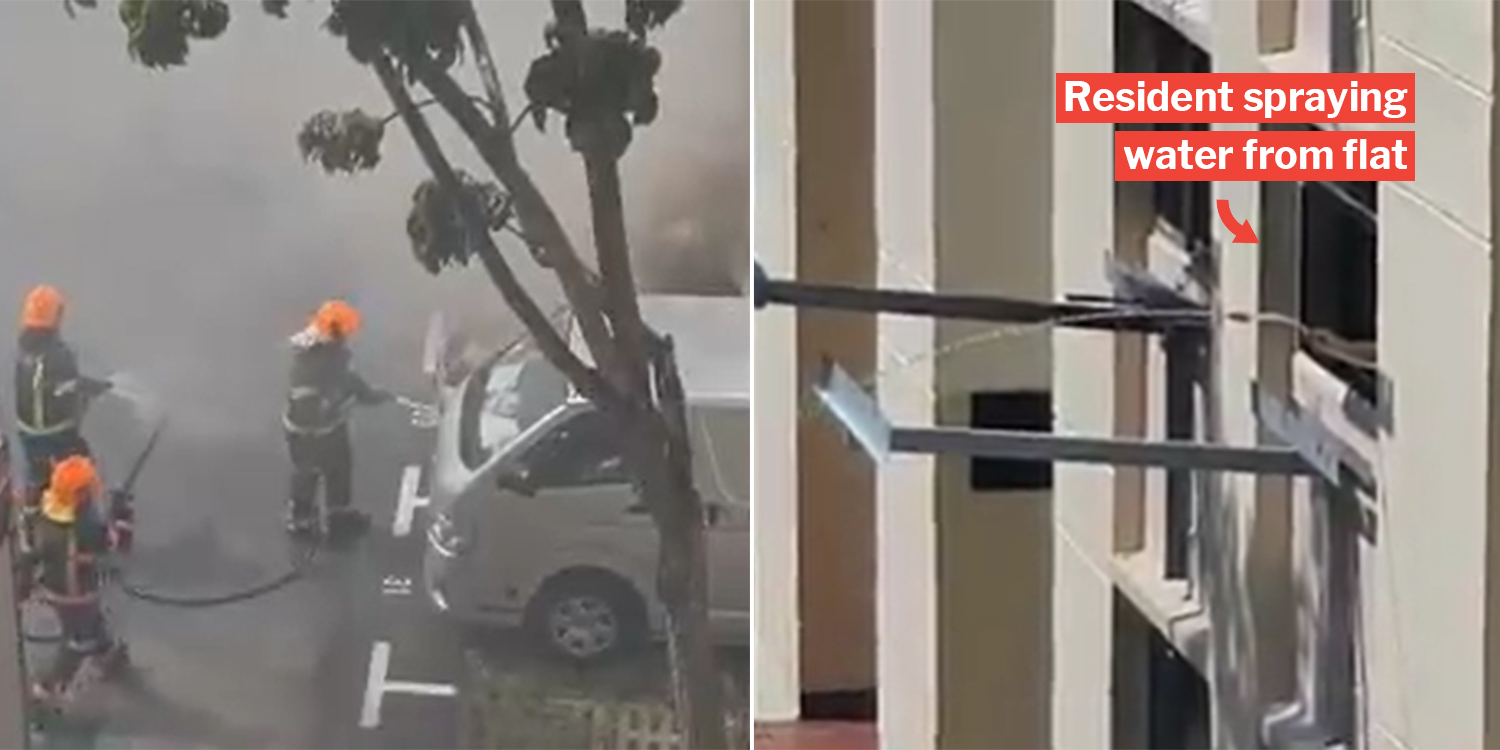 A taxi apparently caught fire at a Blk 257 Yishun Ring Road car park at 10.35am this morning (25 May), Shin Min Daily reports.

The Singapore Civil Defence Force (SCDF) arrived quickly on the scene to put out the fire, but they also received some unexpected help from a resident on the 3rd floor.

A video of the scene was uploaded on All Singapore Stuff, and you can see the resident spraying water from his flat from 2:45 onwards.

Thanks to both the SCDF and the resident, the fire was put out soon after and no one was injured.

A resident told Shin Min Daily that she apparently smelled smoke and burnt plastic from her home.

A taxi’s engine had caught fire, with smoke billowing out of the front. 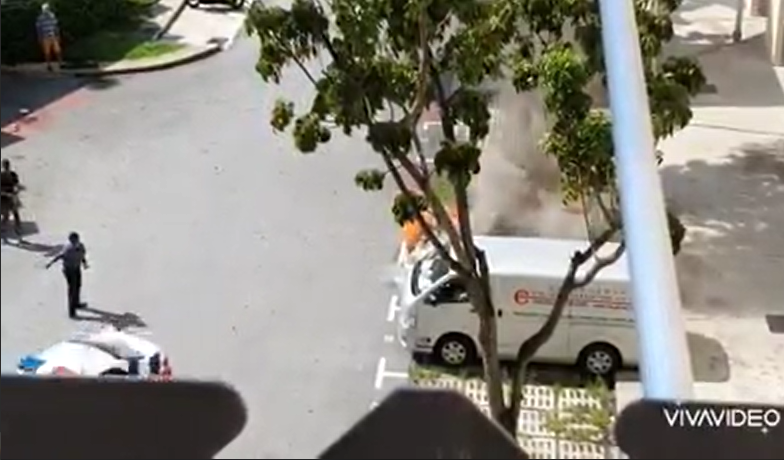 About 15 minutes later, SCDF firefighters arrived and began to put out the fire. 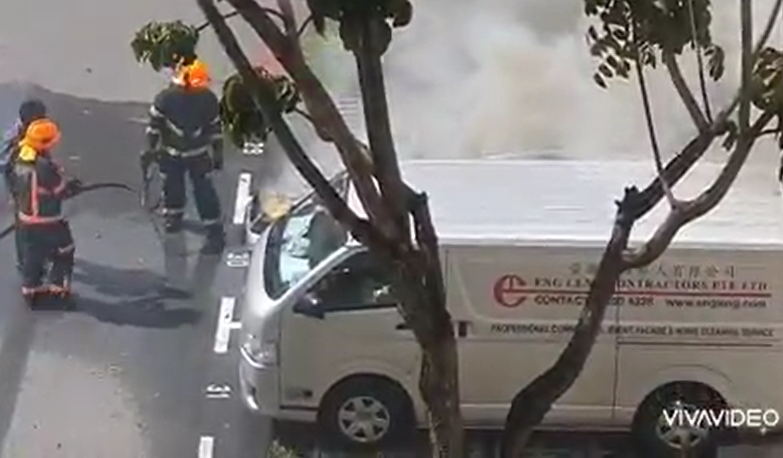 What they realised later was that a resident, a 29-year-old named Mr Mai, was helping to extinguish the fire from his 3rd floor flat.

When he heard 3 explosions from the car, he grabbed a hose and began spraying water from his flat, with help from his 73-year-old father. 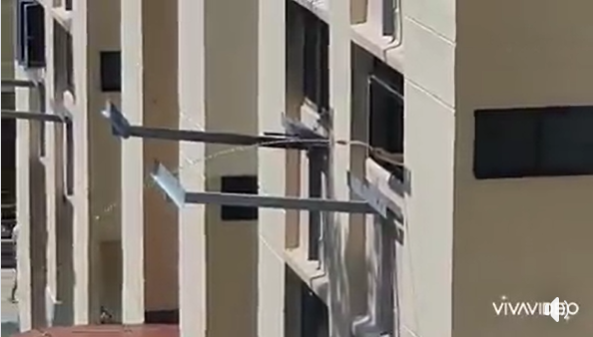 In a display of marksmanship, Mr Mai’s water hose managed to reach the car, accelerating efforts to put out the fire.

Mr Mai told Shin Min Daily that the driver managed to escape from the vehicle after he saw smoke emanating from the front of the taxi.

According to him, SCDF came to his flat later to praise him for his quick thinking.

No one was injured in fire

While the cause of the fire is unknown, the SCDF told Shin Min Daily that firefighters used 2 hoses to extinguish the fire, and that luckily, no one was injured.

Kudos to both the SCDF and the resident for their bravery and efforts!

And to the resident, he even helped put out the fire from his home, which is truly in the spirit of the ‘Circuit Breaker’.