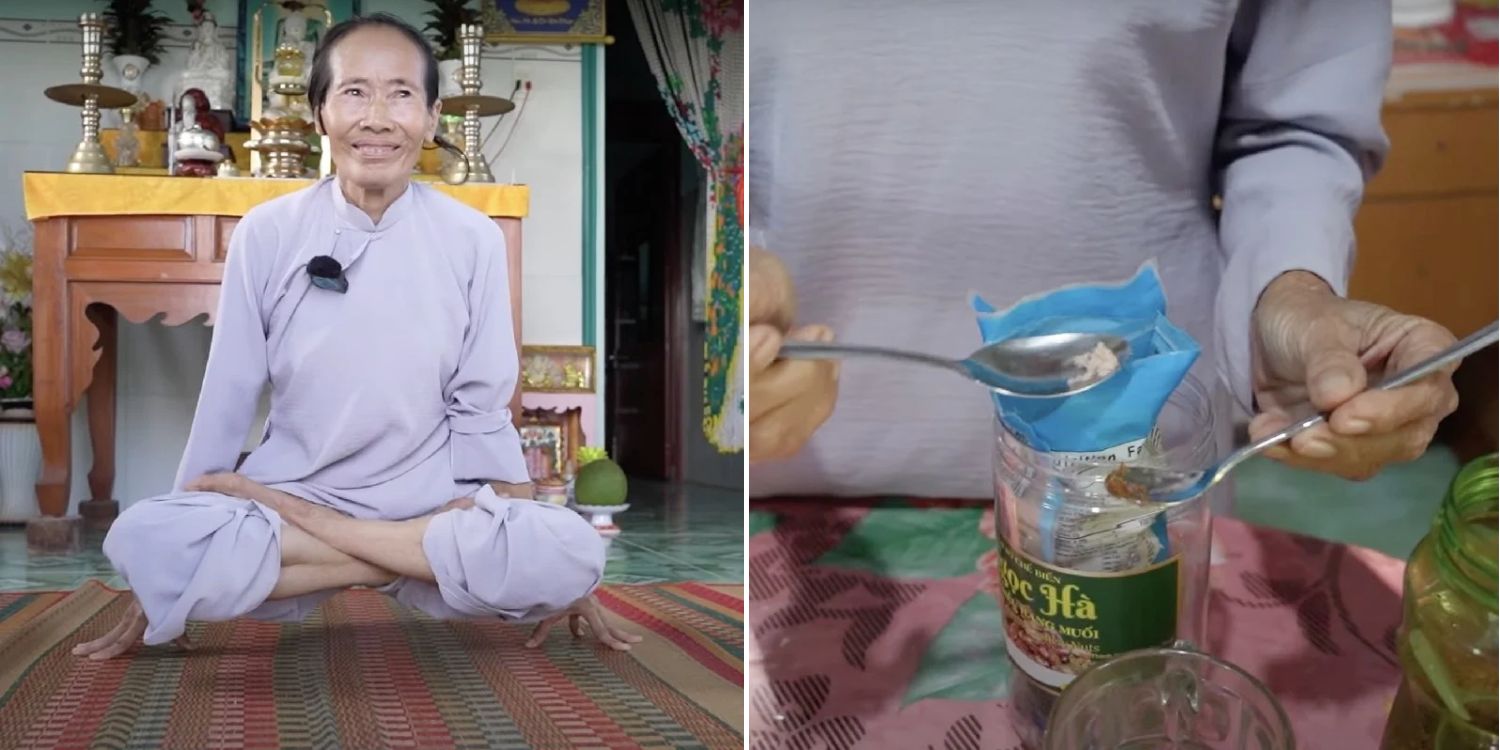 She occasionally sucks on a sugar cube and washes it down with water.

When it comes to health, there is no one-size-fits-all approach.

Although one can hardly go wrong with eating healthily and exercising regularly, some have achieved incredible results with alternative methods like keto diets.

For a yoga teacher from Vietnam, her diet is even more unconventional than most as she doesn’t eat solid food at all. Instead, she has lived solely on flavoured water and juice for the past 40 years.

The 63-year-old woman known as Ngon claims that she began her unusual diet after a series of debilitating health issues.

According to Vietnamese site Việt Giải Trí, she was suffering from frequent stomach pains and deteriorating eyesight at the age of 21.

Tests revealed that she had a blood disease, but her condition remained dire even after a series of treatments. 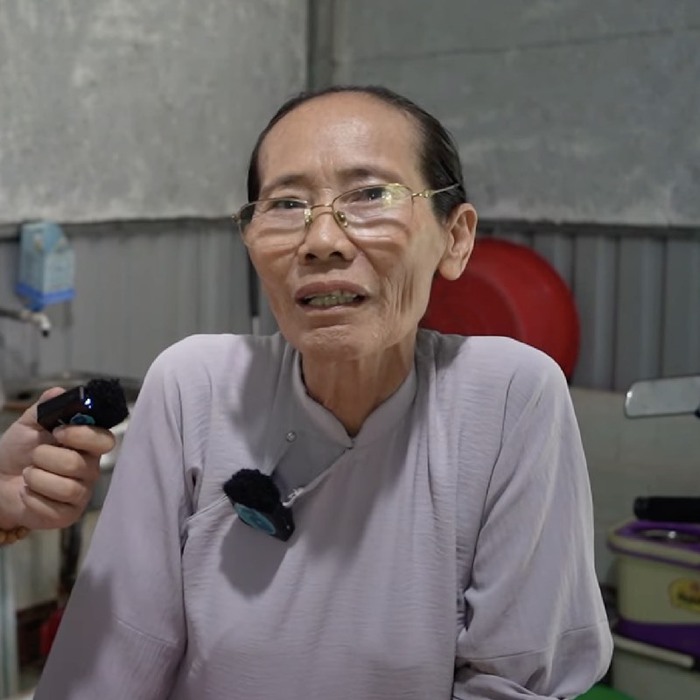 Around that time, a doctor approached her and advised her to switch to a liquids-only diet.

He told her that she could add sugar and salt to her water and even drink fruit juices if needed, but solids were a no-go.

Due to the questionable scientific legitimacy of the advice and fear of backlash, the doctor declined to name himself.

However, Ngon’s health allegedly did improve and she continued her way of life even after the doctor’s death.

Family threatened to go on hunger strike in protest

They even threatened to go on a hunger strike to dissuade her from it.

Nonetheless, they came to terms with it eventually after noticing that Ngon’s health had improved.

Since then, she has been drinking 4 litres of water daily, along with lemon juice mixed with salt and sugar. 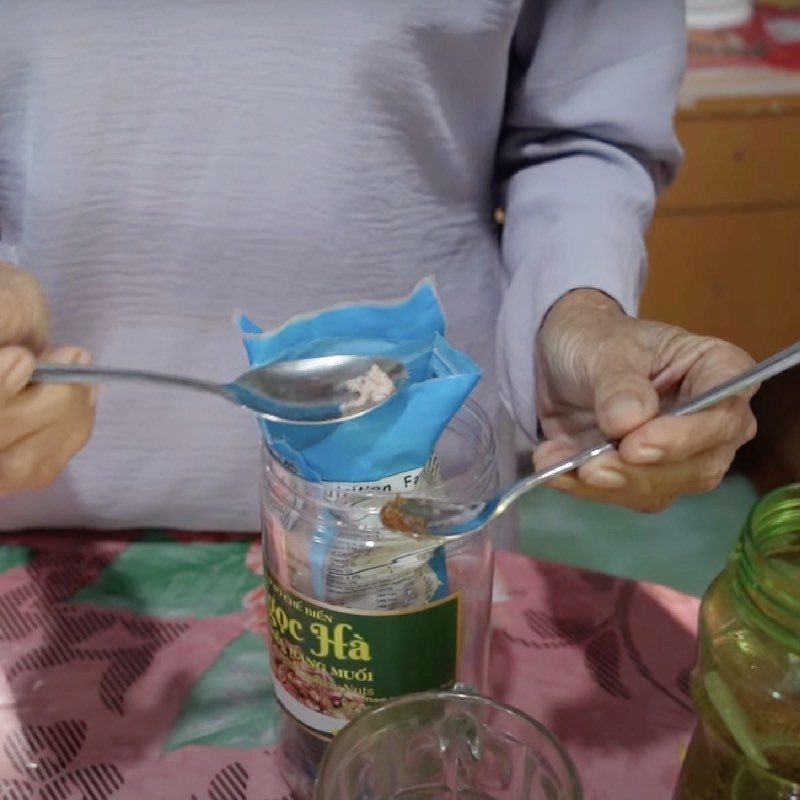 Ngon usually begins her day by drinking a litre of water within the first half hour.

Apart from this, she also takes sugarcane juice, coconut water, and orange juice.

However, there have been times when she gets bored with drinking just water, which she solves by sucking on a sugar cube and washing it down with water.

Yoga teacher claims difficult yoga poses are easy for her

Diet aside, Ngon also exercises regularly through her profession as a yoga teacher.

She claims that she can hold challenging yoga poses with ease and lift her body 10cm off the ground with her hands. 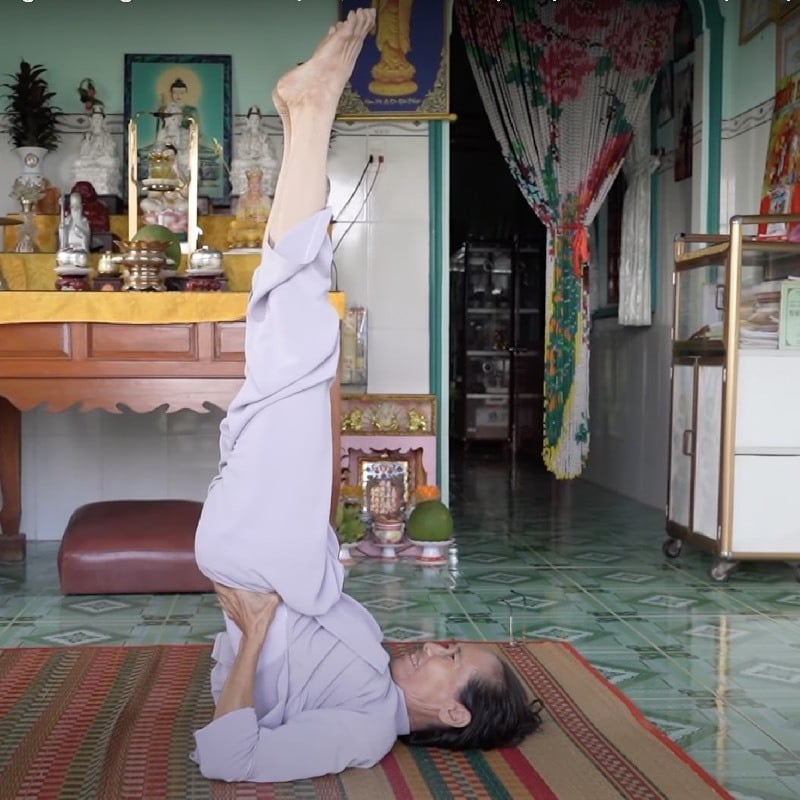 Having been certified as a physician, Ngon is also currently a member of the Acupuncture Association of Long An, the province where she stays.

The way she sees it, her efforts in promoting a healthy lifestyle are her way of paying back her doctor for saving her life.

That said, she does not recommend anyone else to follow in her footsteps as it could be risky for their health.

As unusual as Ngon’s story may be, we’re glad that she ultimately found a way of living that’s healing and healthy for her.

Before embarking on a new diet or making changes to your diet, we highly advise consulting a certified specialist or dietician first.