NParks Officer Stabbed At Sengkang In Stable Condition After Surgery 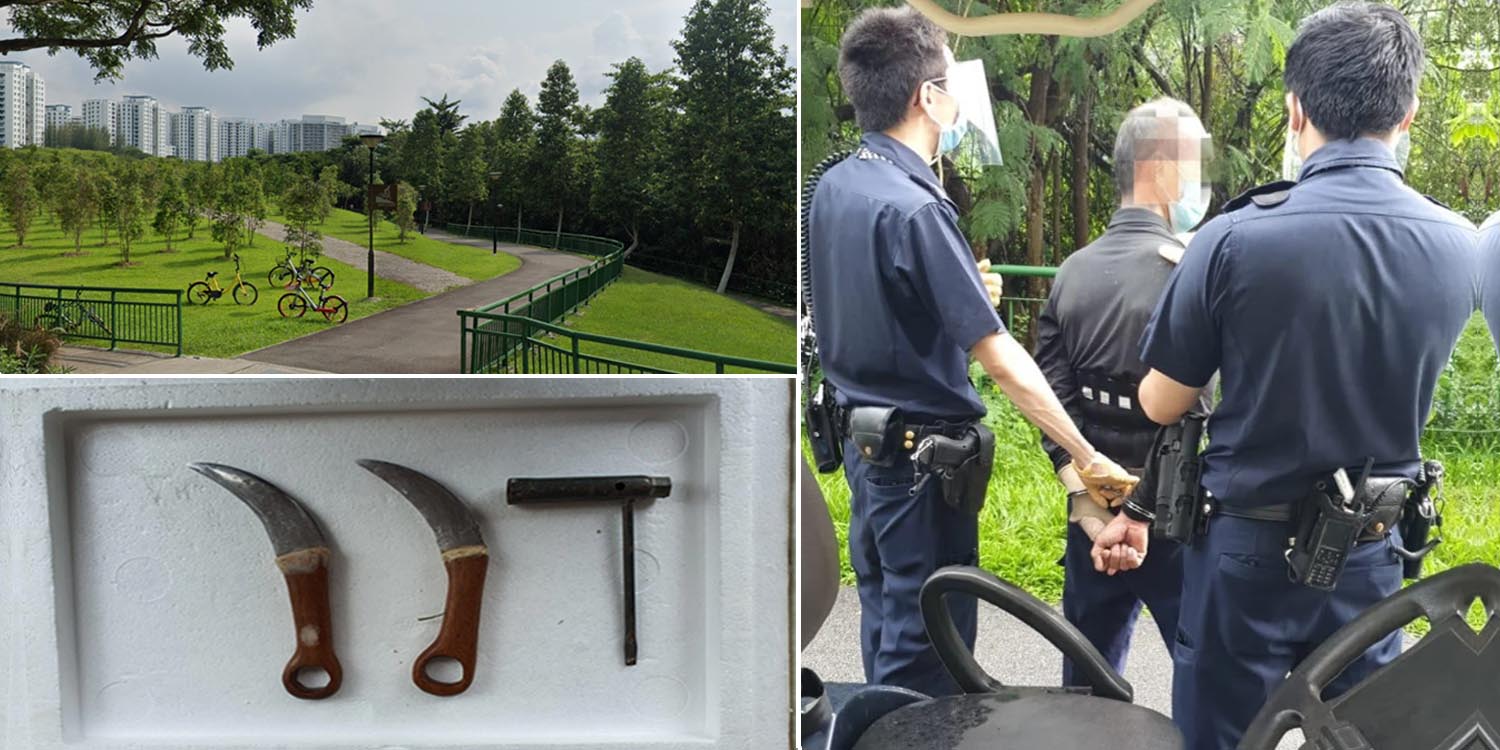 Our thoughts are with the victim.

NParks Officer Stabbed While On Duty Underwent Surgery At CGH

Update (5 May): The National Parks Board (Parks) officer who was stabbed while on duty at Sungei Serangoon Park Connector had undergone surgery at Changi General Hospital, reports The Straits Times.

He is currently in a stable condition.

While most of us stay home during the ‘Circuit Breaker’, some are out and about making sure everyone is adhering to safe distancing measures. Unfortunately, one of them was attacked today.

A 61-year-old was arrested on Monday (4 May) after he reportedly attacked a National Parks Board (NParks) enforcement officer. 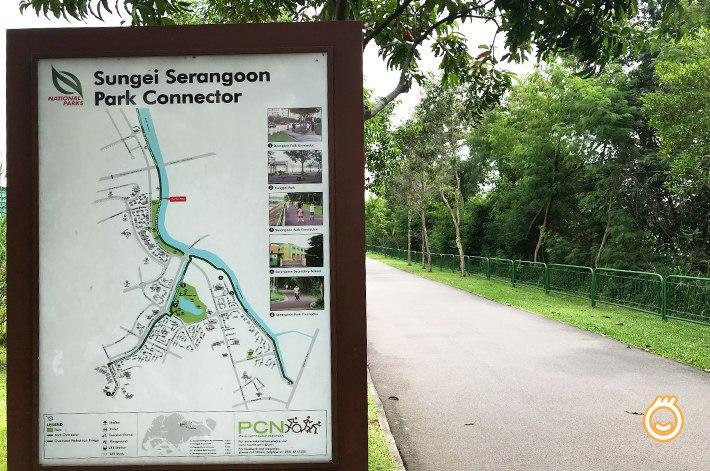 According to the Straits Times (ST), the officer sustained “serious injuries to his chest, arm, and hand” and was brought to Changi General Hospital. Luckily, he was conscious.

The 61-year-old was not wearing a mask and illegally cutting flowers, reported ST. 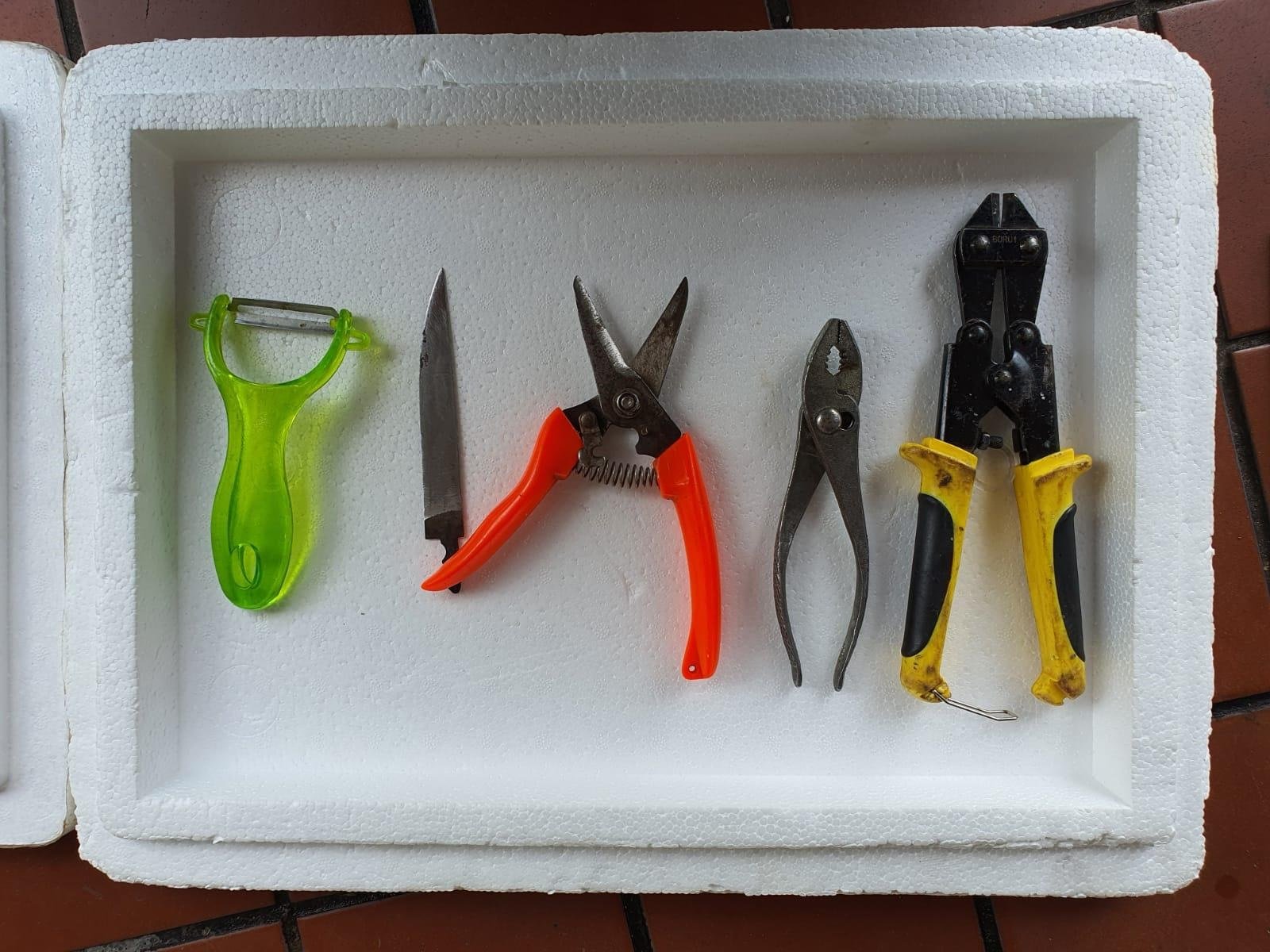 When NParks officers saw him in the act, they approached, but he became violent, stabbing one of them in the chest, arm and hand. He ran away on his bicycle after that, but was arrested after 1 and a half hours. 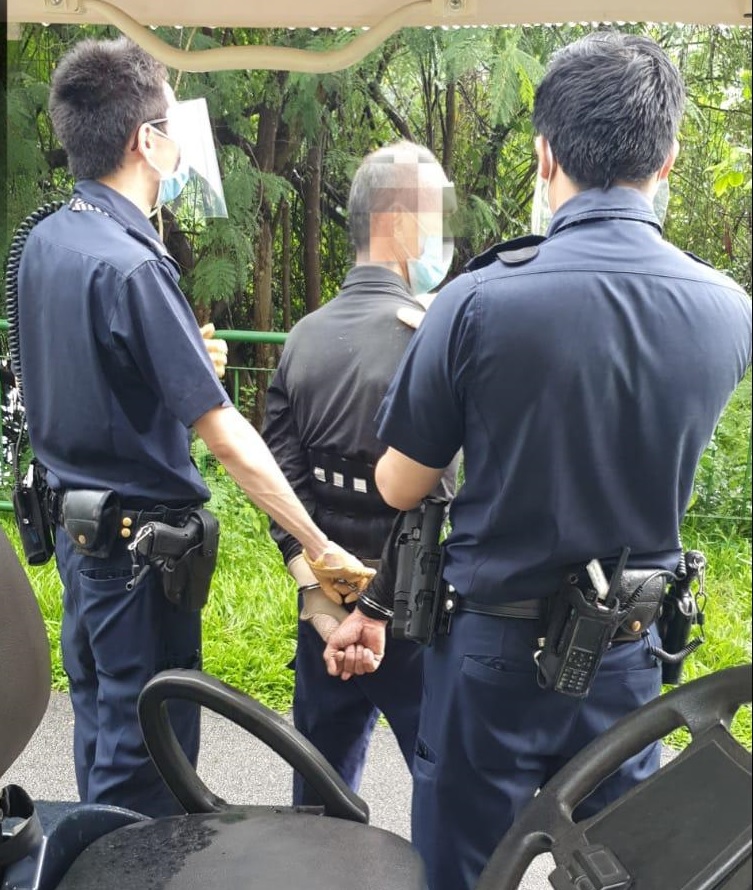 The man will be charged for attempted murder in court, and the police is also investigating him for possessing offensive weapons in public areas, as well as not safely distancing.

Environment and Water Resources Minister Masagos Zulkifli expressed his shock at the incident, calling the violence and disregard for social distancing “absolutely unacceptable”. 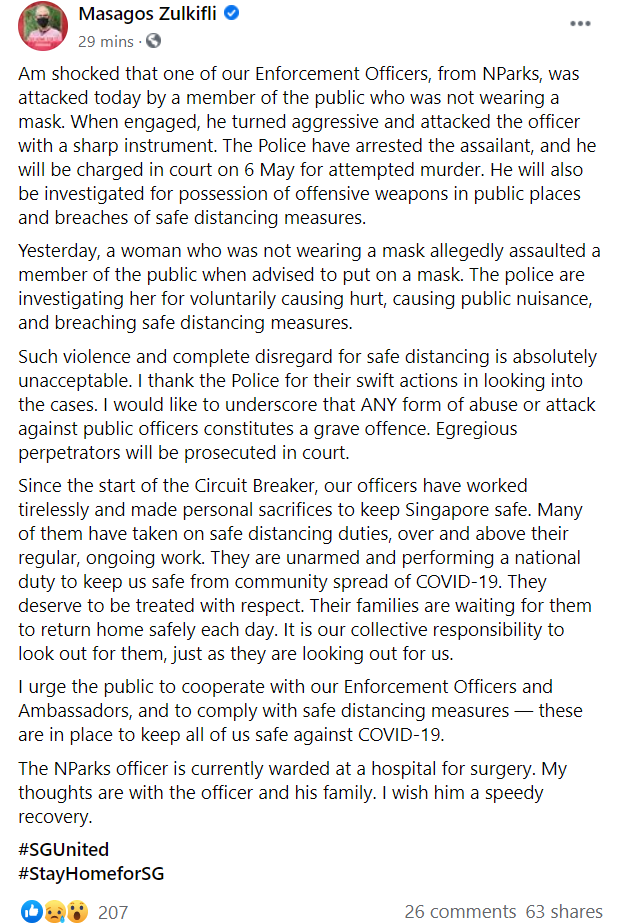 He called on the public to please cooperate with the enforcement officers, who’re unarmed and merely helping to keep Singapore safe from Covid-19.

They do not deserve to be attacked in such a savage manner.

We hope the victim makes a full recovery from his injuries.