By now, most of you are probably well aware of the new ban restricting personal mobility devices (PMDs) from riding on footpaths. 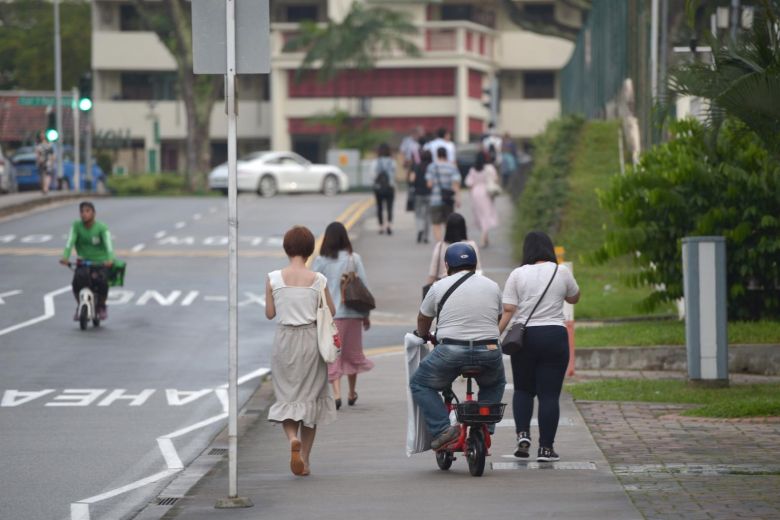 In response to the grant, a concerned ex-Foodpanda rider AzyMiie, dedicated a Facebook post to LTA and the Parliament last Wednesday (14 Nov). 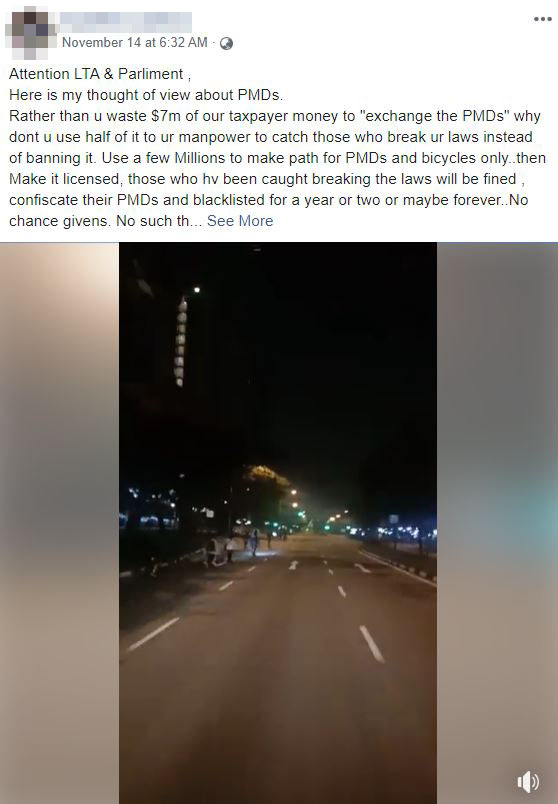 He felt the $7 million could have been used in a better way to remedy the situation instead of swapping out PMDs.

In the post, Azymiie suggests that LTA and the Parliament could afford to hire more manpower to catch the “real offenders” at just half the cost of $7 million.

Rather than you waste $7m of our taxpayer money to “exchange the PMDs” why don’t you use half of it to your manpower to catch those who break your laws instead of banning it.

As for the other half of the allocation, Azymiie proposes for it to be used for building paths dedicated to PMDs and bicycles instead. 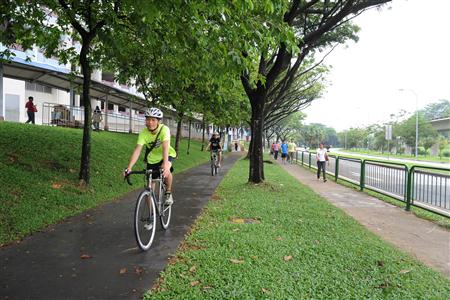 Should anyone continue to violate the laws, he suggests that LTA impose stricter punishments, like temporary confiscation, instead of banning the device completely.

A blanket ban would only end up affecting the “innocent riders” as well.

Further down in his post, Azymiie defended the “innocent riders” by saying,

I strongly agree those who use it for their rice bowl will obey and not to break the law.

He then expressed that instead of “disturbing” people who depend on PMDs for a living, LTA should divert their attention on law-breakers, as shown in the video he attached.

Lastly, Azymiie ended off by sharing that he once was a Foodpanda delivery rider, and even though he is no longer affected by the ban, his heart reaches out to the ones affected.

This prompted him to speak up for them.

What are your views on Azymiie’s suggestions? Let us know in the comments below.