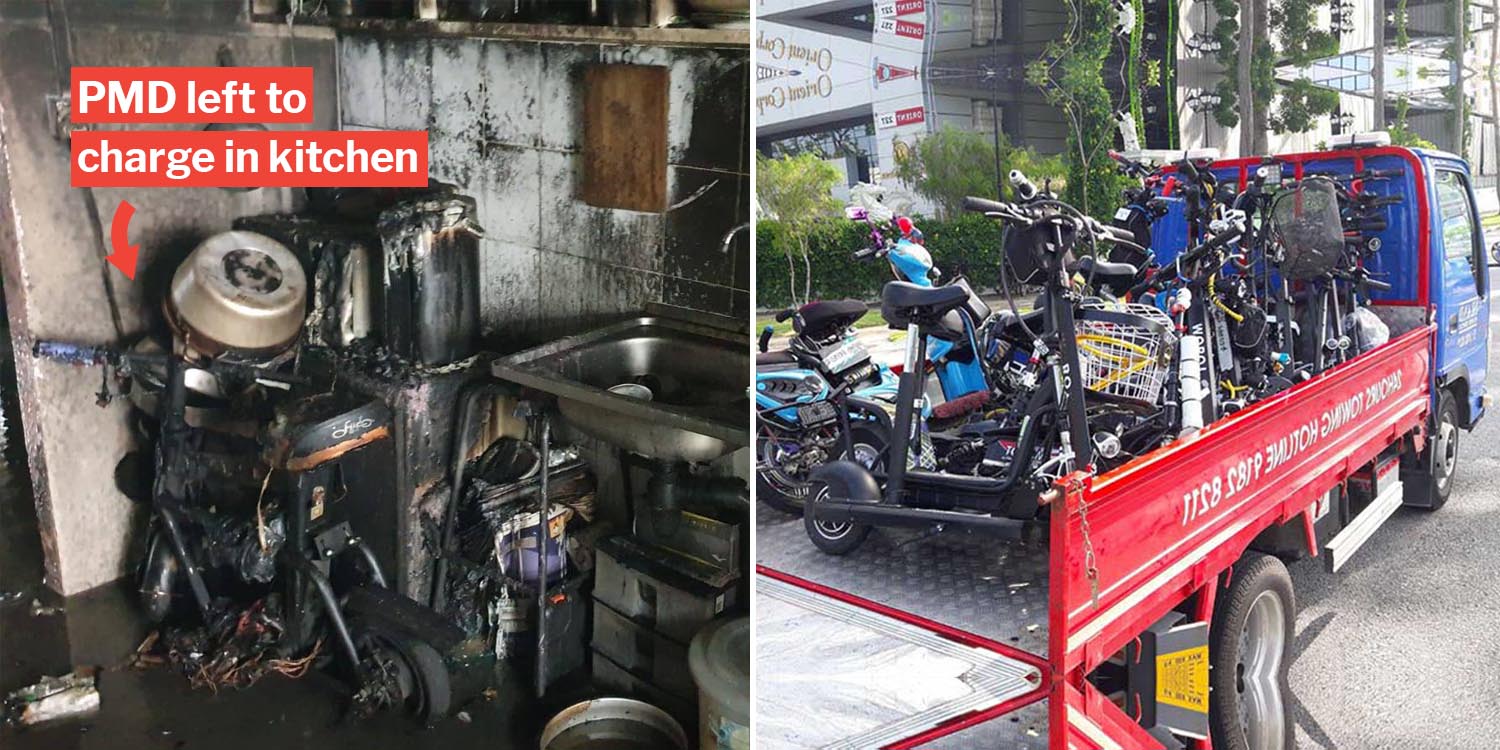 The issue of personal mobility devices (PMDs) has come under intense public scrutiny of late, especially after a slew of PMD-related fires.

On Monday (22 Jul), a charging PMD in an Ang Mo Kio flat exploded in the afternoon.

A massive fire broke out as a result, devouring the flat and damaging 2 neighbouring units.

This is the 3rd fire involving PMDs in July alone — the 1st happened in Tampines on 3 Jul, the 2nd in Bukit Batok on 18 Jul.

Netizens are embroiled in discussion over the regulation of PMDs in Singapore, with some calling for PMDs to be completely banned for safety.

According to The Straits Times, the afternoon fire engulfed a 4th-floor unit of Block 224 Ang Mo Kio Avenue 1 on Monday (22 Jul). 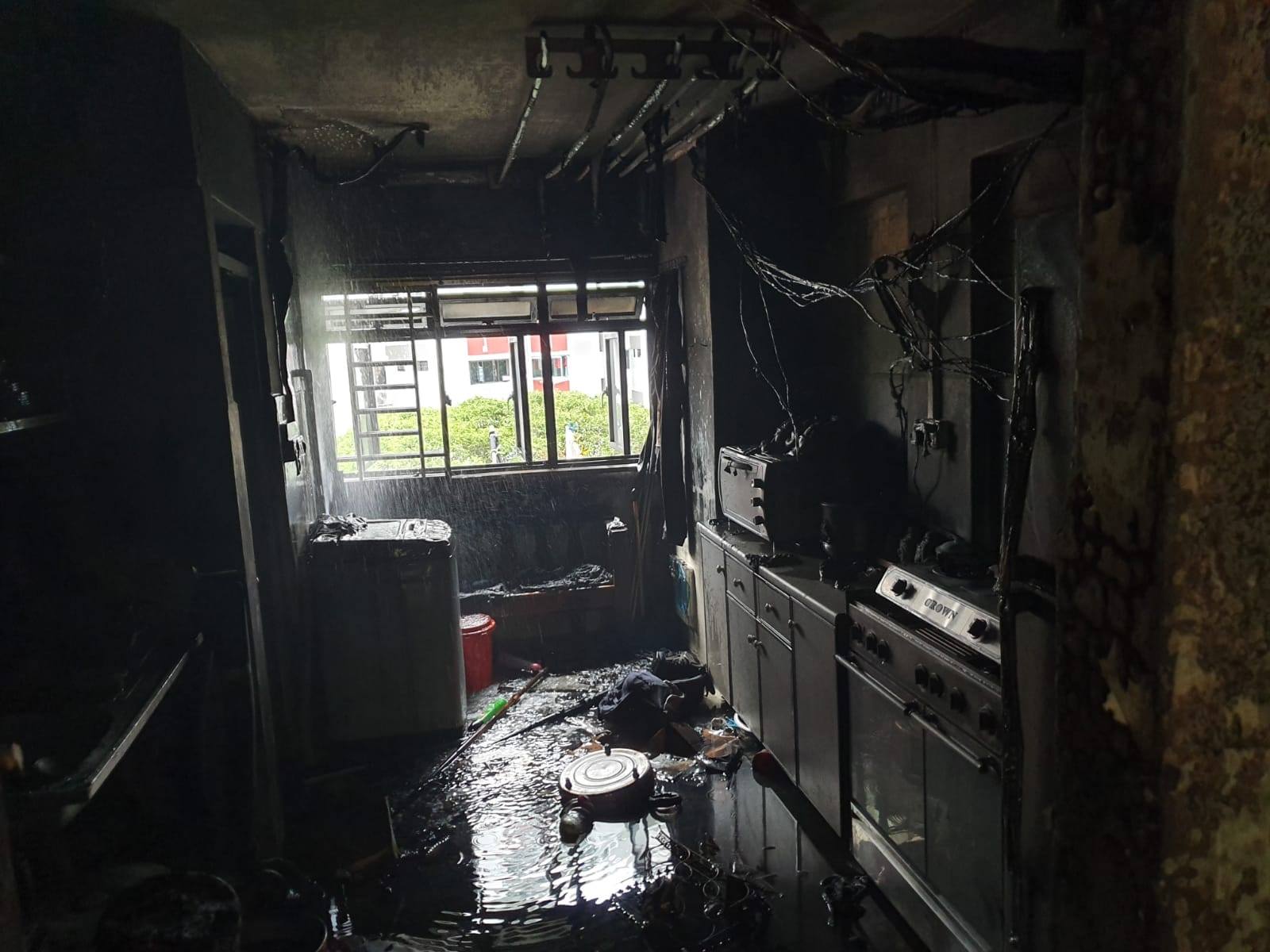 The charred remains of the 4th-floor unit
Source

Authorities traced the cause back to an e-scooter, which was left to charge in the kitchen before the owners left for work in the morning.

Between 2pm and 3pm, the e-scooter burst into flames and the fire spread rapidly. Fortunately, the Singapore Civil Defence Force (SCDF) and police personnel rescued 1 adult and 3 children. 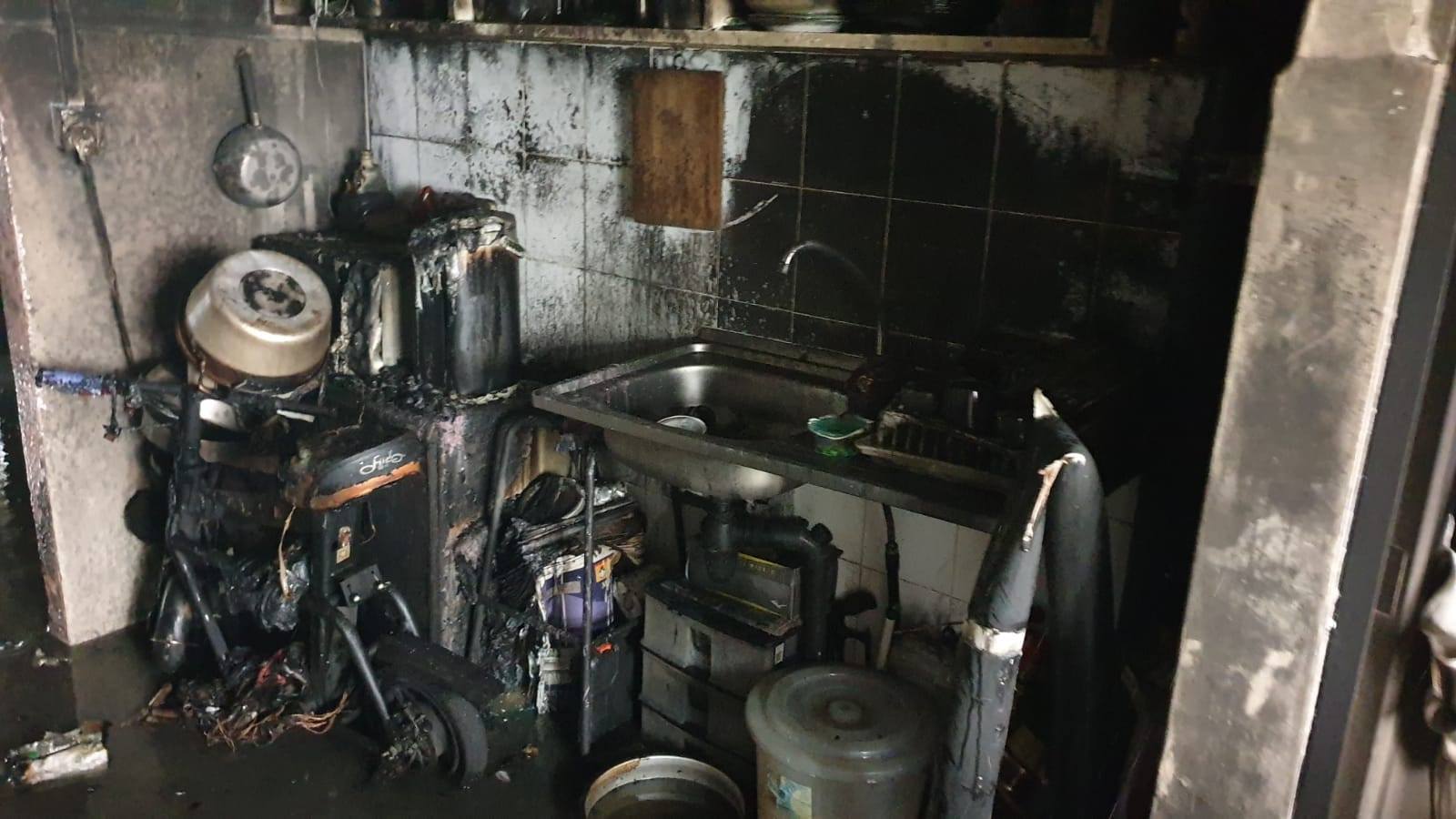 The suspected PMD was found near the kitchen sink
Source

They also evacuated about 60 other residents from the affected block.

Other PMD-related fires in July

Before this incident, a fire broke out in a flat at Block 293D Bukit Batok Street 21 in the early hours of last Thursday (18 Jul). 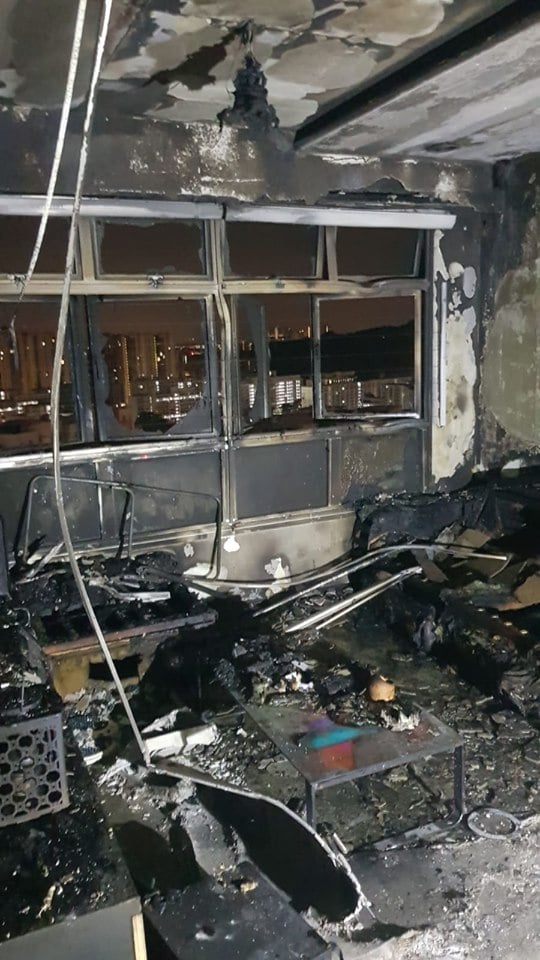 SCDF rescued a man and a woman from the burning flat. Unfortunately, the man died 2 days later, CNA reported.

Investigations found that the cause of the fire was “accidental in nature due to electrical origin from the PMDs” — there were 3 burnt PMDs in the unit.

Similarly, authorities traced the cause of the Tampines flat fire on 3 Jul to a charging PMD in the living room. There were no reports of injuries.

PMD-related fires on the rise

The Straits Times reported that there were 74 PMD-related fires last year. This is a 51% spike compared to 2017.

It’s even more worrisome that most of these fires happened when the devices were charging.

As Land Transport Authority (LTA) continues clamping down on errant PMD users, netizens are saying that the recent fires are a sobering call to relook at PMD regulation in Singapore.

This Facebook user is calling for PMDs to be banned. He finds they are causing additional trouble for SCDF.

Another Facebook user thinks LTA should make it mandatory for the public to purchase devices that are certified under the UL2272 fire safety standard.

Currently, there are only rules that say non-UL2272 certified PMDs will not be allowed on public paths, and they will be automatically deregistered starting Jan 2021.

In light of the fires, SCDF released a list of fire safety tips for users who own PMDs and power-assisted bicycles (PABs).

Here are the Dos:

And here are the Don’ts: 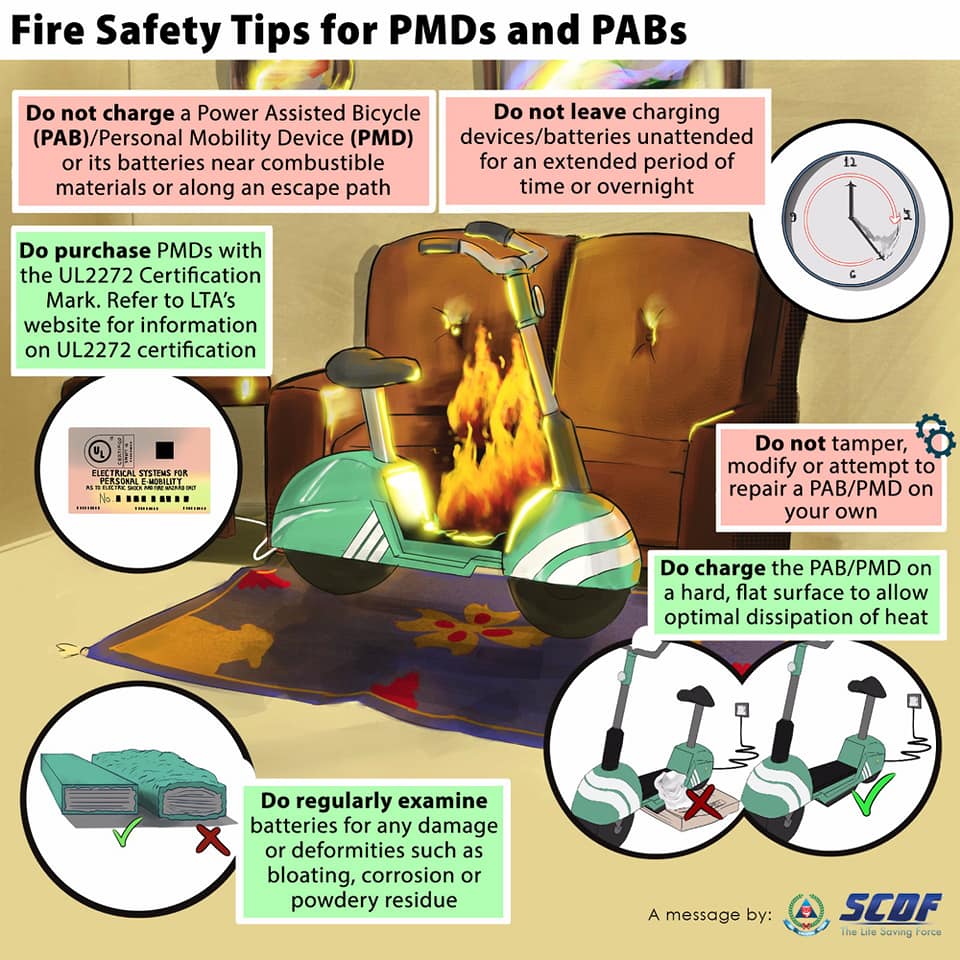 As we await further statement from LTA, it’s best for PMD and PAB owners to use and charge their devices with extreme caution.

S’porean Woman Goes On Birthday Trip To Batam, Ends Up In Hospital From Sandfly Bites