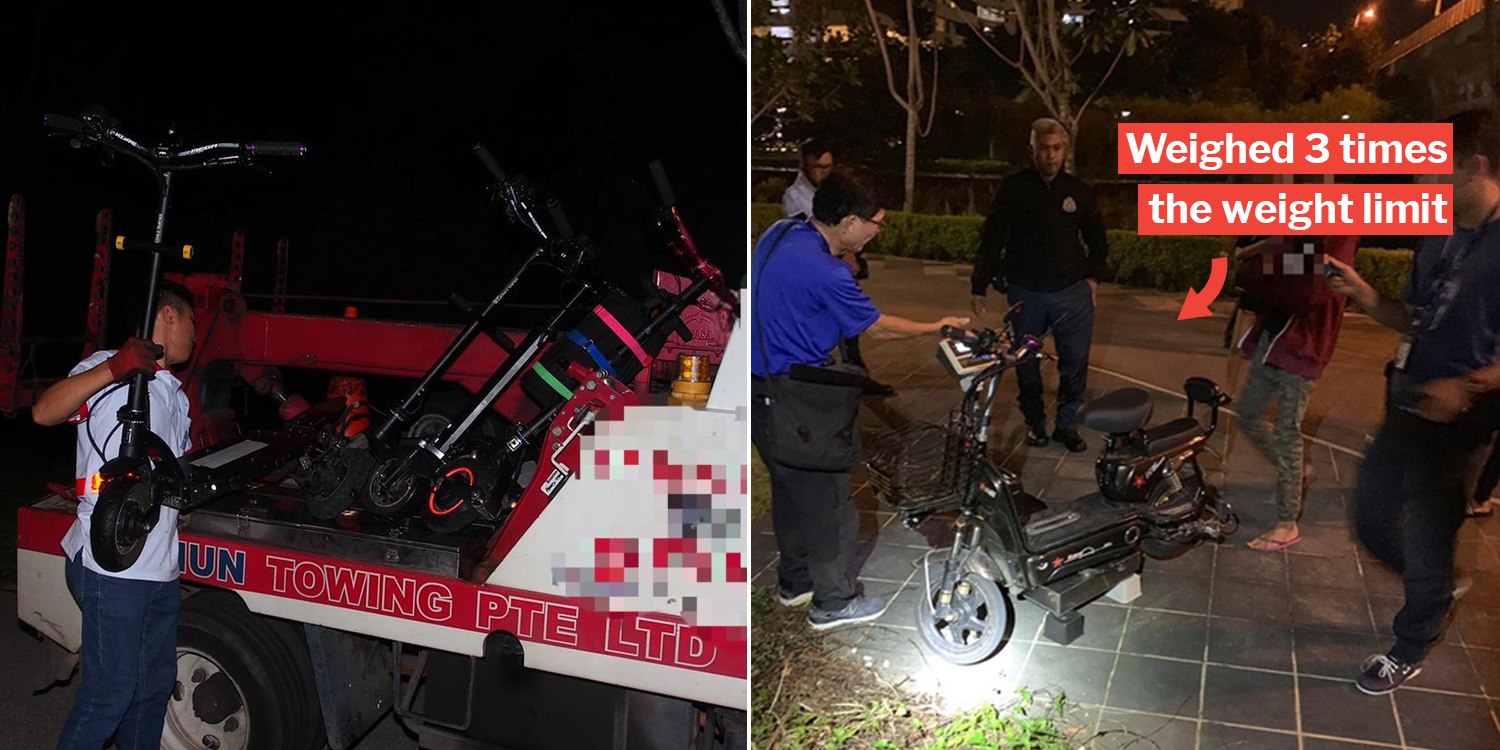 The Singapore government has tightened regulations on the usage of Personal Mobility Devices (PMDs) of late. In particular, imposing stricter speed and specification limits of PMD users on footpaths.

On Friday (17 May) night, Land Transport Authority and 2 other agencies carried out a massive “plain clothes operation” in Punggol Town against errant PMD riders.

According to LTA’s Facebook post, more than 60 LTA, police and NParks officers were involved in the raid.

Described as one of the “largest enforcement operations” to date, the joint effort ‘detected’ more than 20 offences, most of which involved speeding and the use of non-compliant PMDs.

A total of 11 devices were confiscated during the operation. 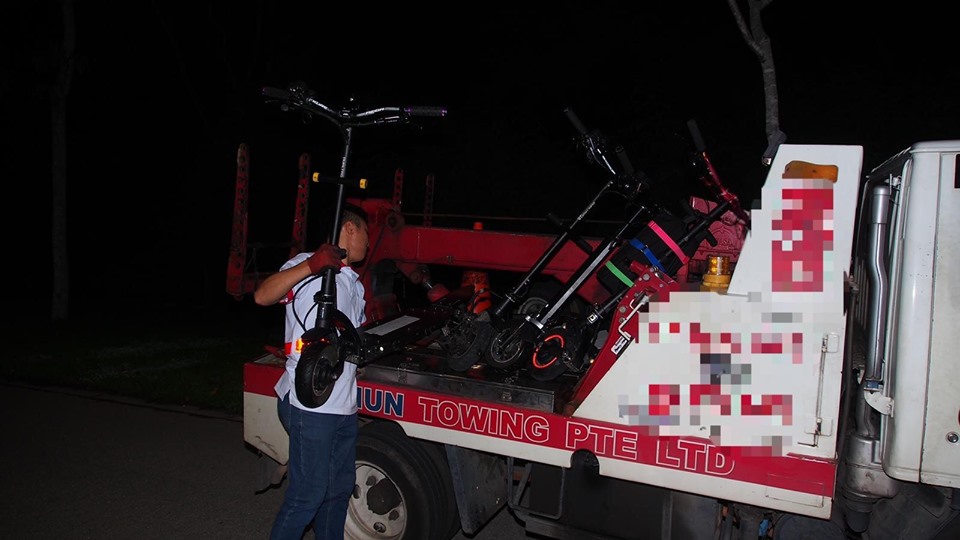 Non-compliant devices were towed onto a lorry
Source

One such device reportedly weighed close to 60kg — 3 times the 20kg weight limit stated by LTA. 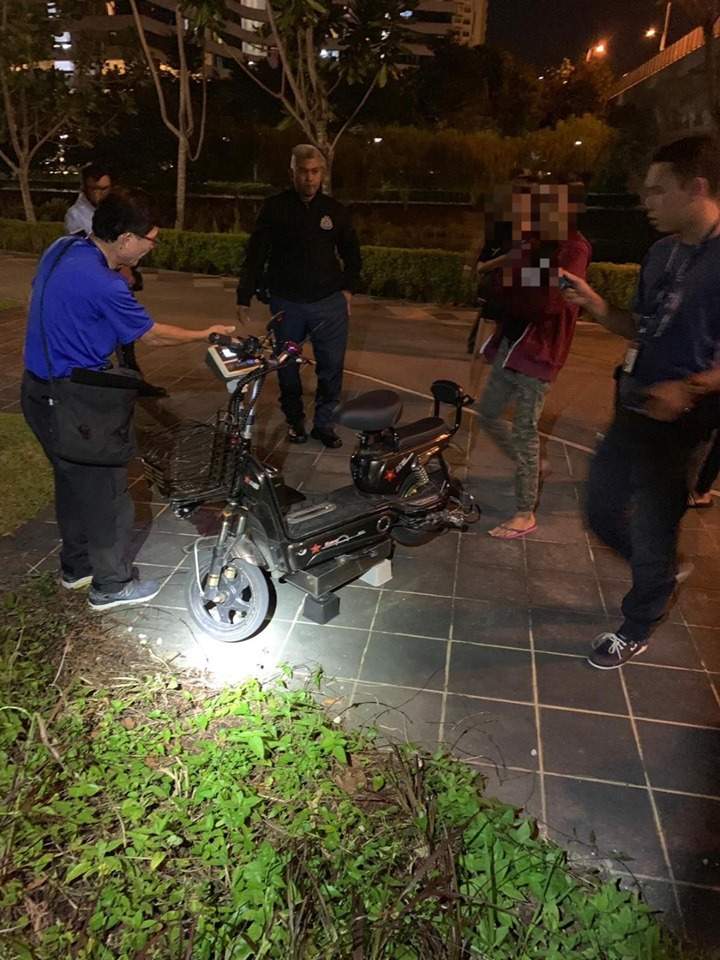 Another e-scooter had exceeded the maximum permitted width — 70cm. 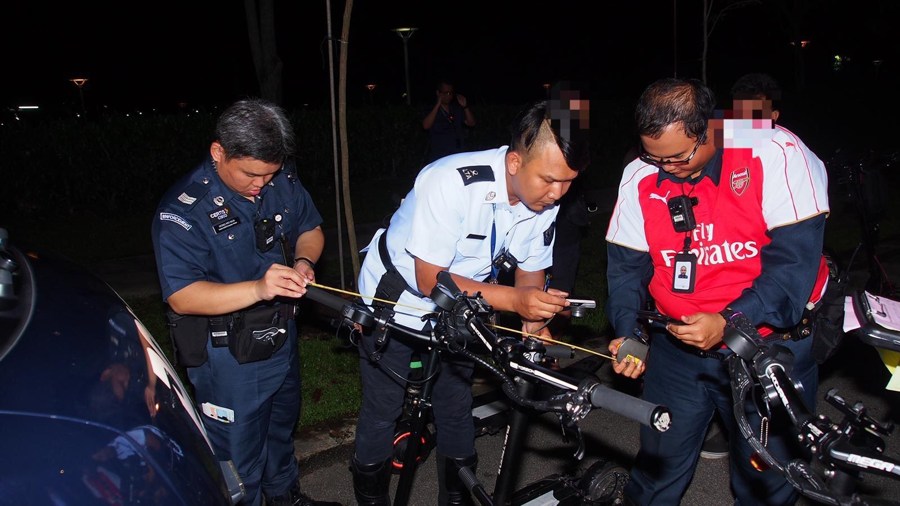 This rider was caught speeding but refused to stop when asked by enforcement officers. He now has an additional offence lodged against him as a result. According to LTA’s regulations, PMDs riders are only allowed to travel at maximum speeds of 10km/h and 25km/h on footpaths and shared paths respectively.

Netizens call for a complete ban

Majority of netizens praised the agencies and the officers involved for their strict enforcement.

Some suggested that LTA should consider a complete ban on such devices, instead of having to conduct operations and night patrols to catch errant users.

Finally, a handful of netizens called for similar operations to be carried out in other parts of the island.

Should the government consider a complete ban?

Kudos to the folks from the agencies involved for taking actions against these errant riders.

That said, enforcement operations are resource-intensive and it is impossible for officers to be stationed everywhere to watch out for offenders.

A long-term solution would be of course to educate members of the public from a young age about the dangers of speeding on footpaths with PMDs.

This will no doubt take time, but if we succeed in cultivating this sense of road safety in our youths, Singapore’s roads and pathways will become safer places for all in the future.