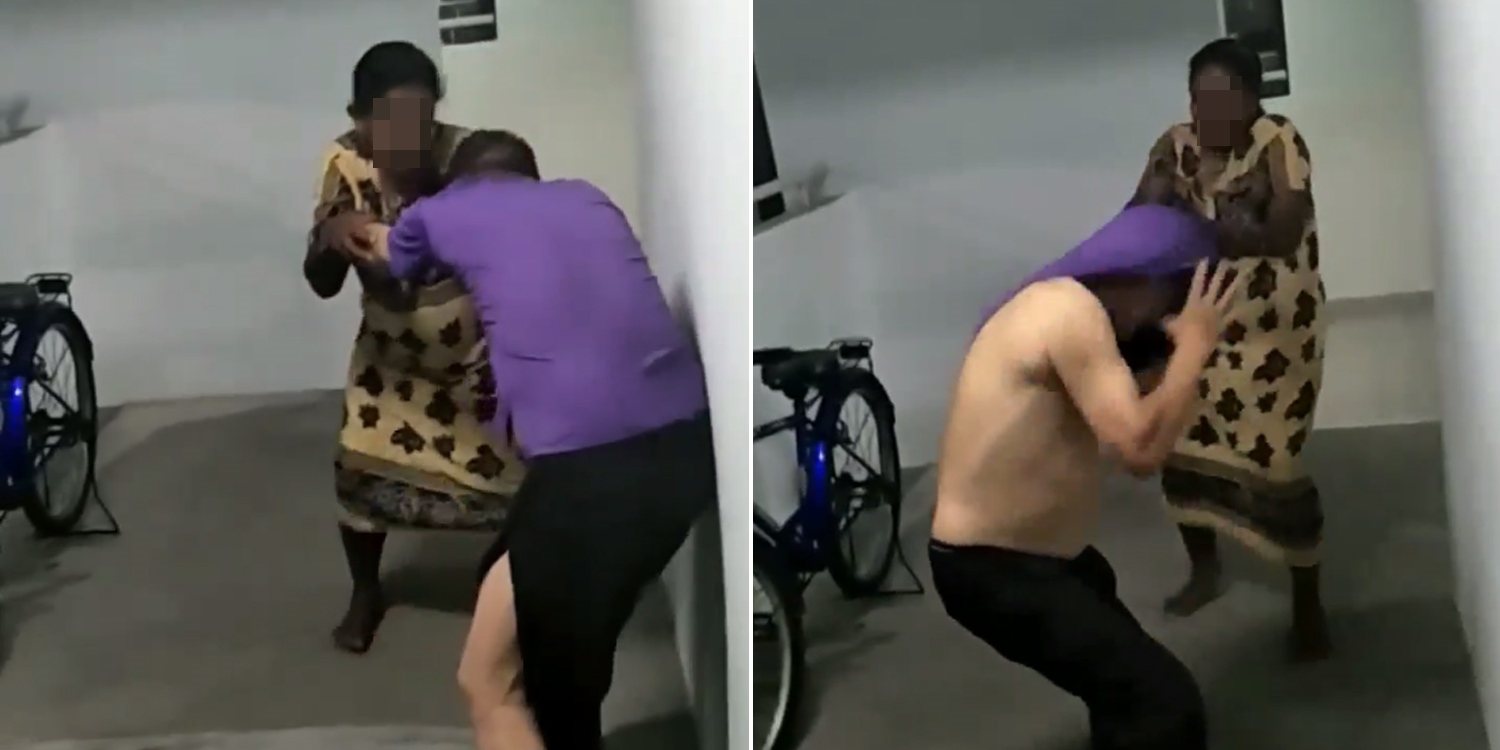 The shirt was the clear winner in the fight.

Clips of fights happening in Singapore seem to be on the rise lately. Unsurprisingly, some may feel sian of all the local violence.

But some fights never fail to entertain.

On Friday (29 Mar), one such fight featuring an aunty and an uncle having a tug-o-war in what seems like an HDB corridor was shared on All Singapore Stuff‘s Facebook page.

You can watch the 28-sec video in full here. We also break it down for you after the jump.

The video starts off with the pair having an intense tug-o-war along what seems like a HDB corridor. 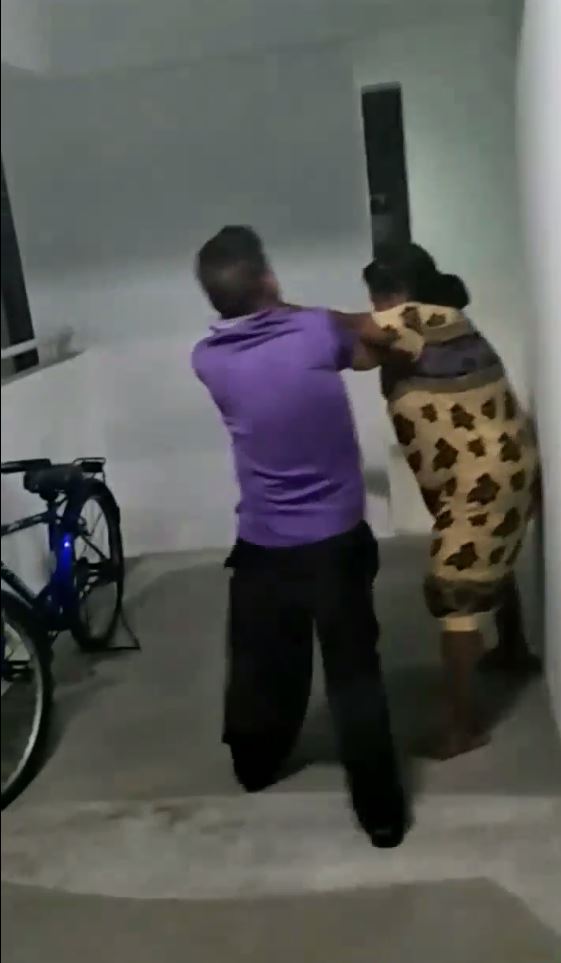 The uncle who was dressed in a purple polo shirt also appears to be wearing a torn pair of trousers — perhaps from their tussle before the start of the clip. 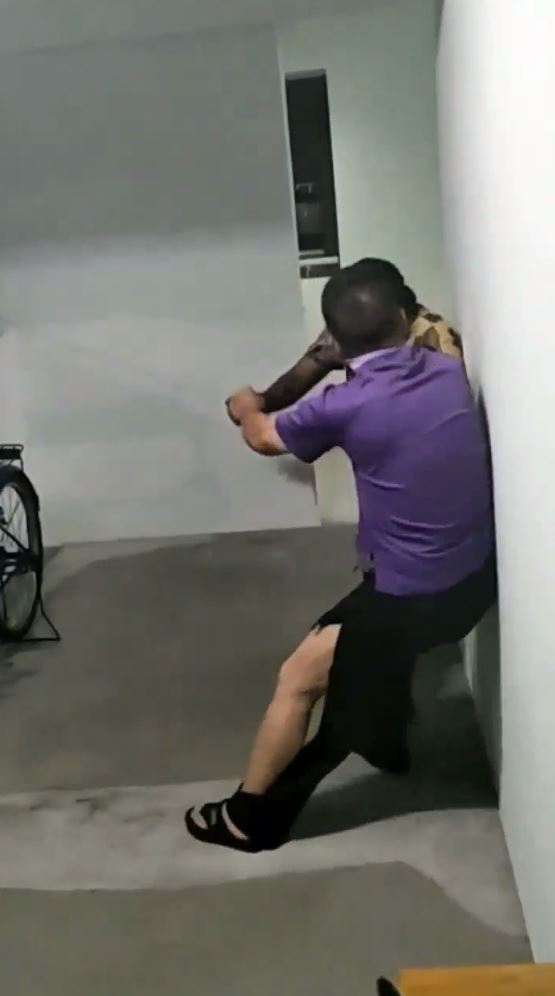 All of a sudden, the auntie wearing a leopard print sari changed her tactics and spits at the uncle.

Sadly for the auntie, the uncle appears unfazed.

Just when we thought that the tug-o-war was going to end in a draw, the auntie lets go of the uncle’s arms and grabs on firmly to his shirt. 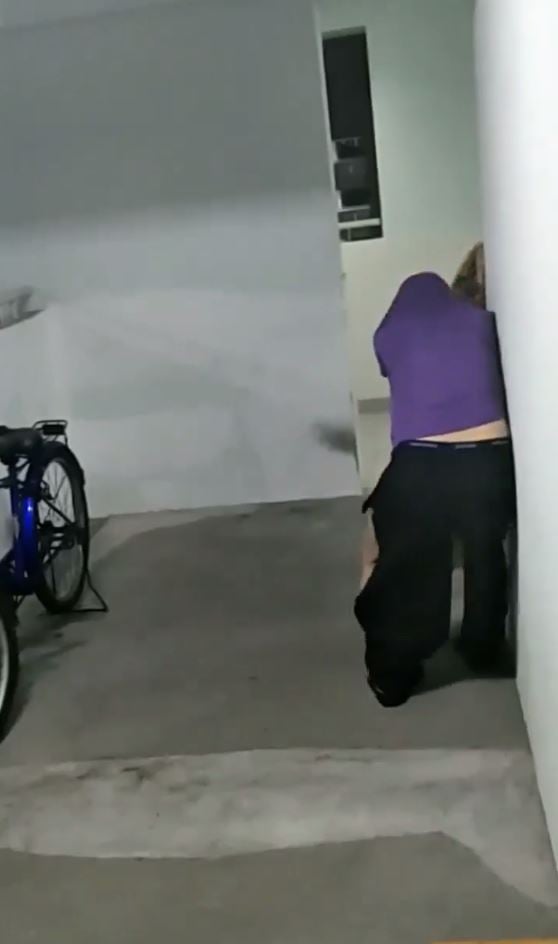 Anchoring herself using the shirt, the auntie manages to drag the uncle over to her corner in a swift pull.

Given how forceful the auntie was, the uncle’s shirt was already on the verge of being removed. 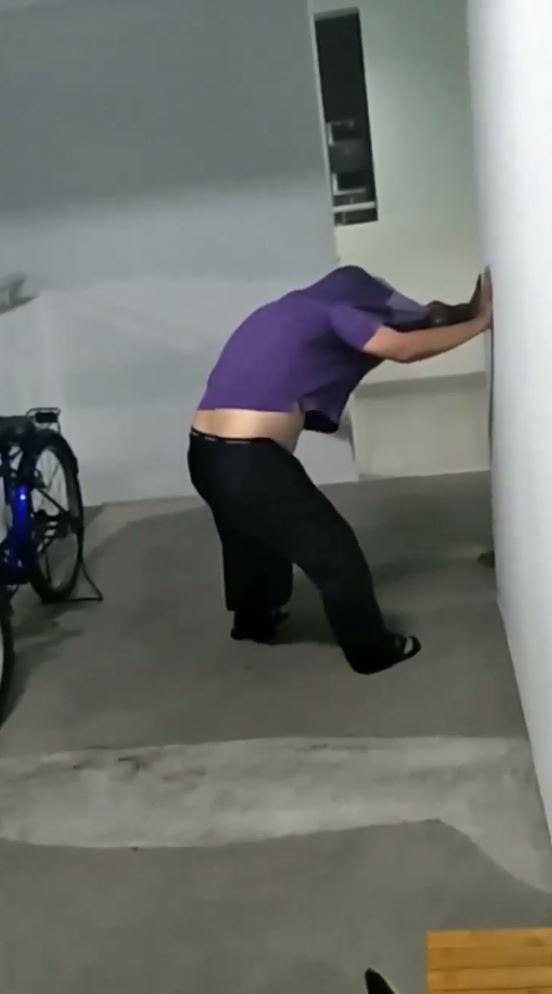 The uncle then struggled to get free, but the auntie wasn’t keen on letting go.

As the uncle backed away from her, his shirt came clean off — leaving the man topless. 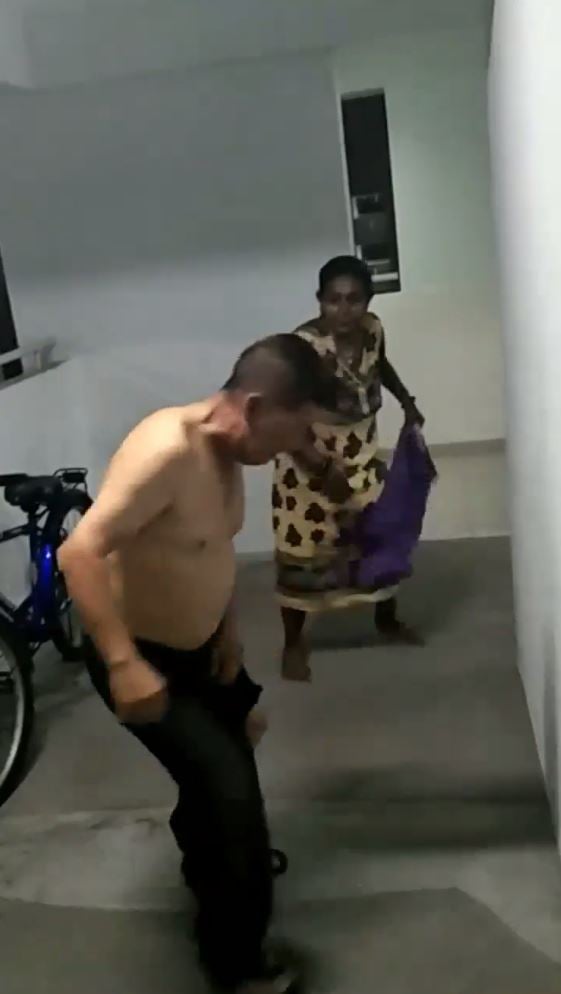 Well, looks like there’s no winner to this tug-o-war battle after all.

While we’re relieved that no one was seriously injured in this ‘fight’, perhaps Singaporeans should stick to the art of diplomacy more often and resort less to violence.

In any case, the shirt that was pulled in the video appears to be rather hardy, so if anyone knows what brand it is from, do comment down below.