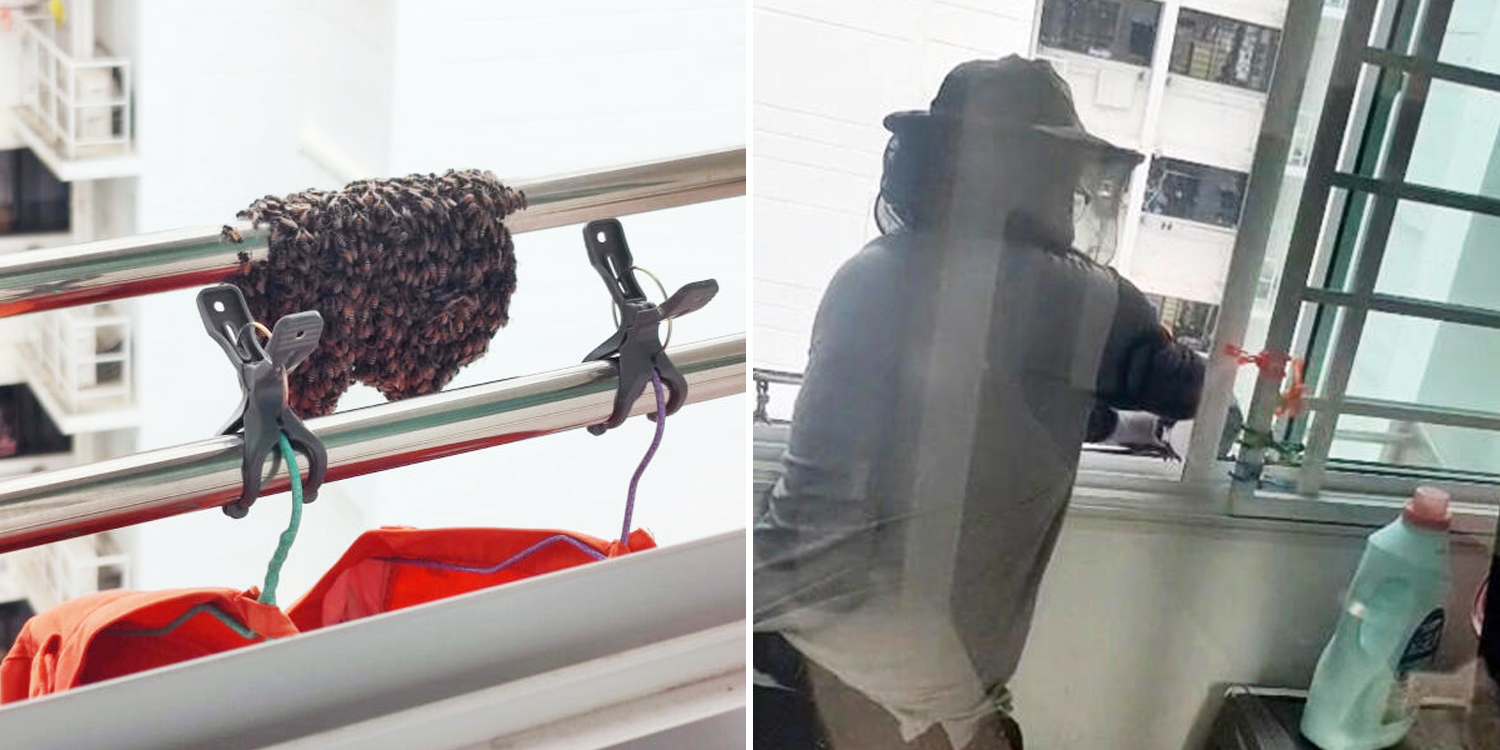 From time to time, we might find some unwanted guests who have made themselves at home in our houses.

For one Punggol resident, it was over 200 bees.

On Saturday (10 Apr), a man returned home from work only to find a huge bee hive on a laundry pole outside his flat. 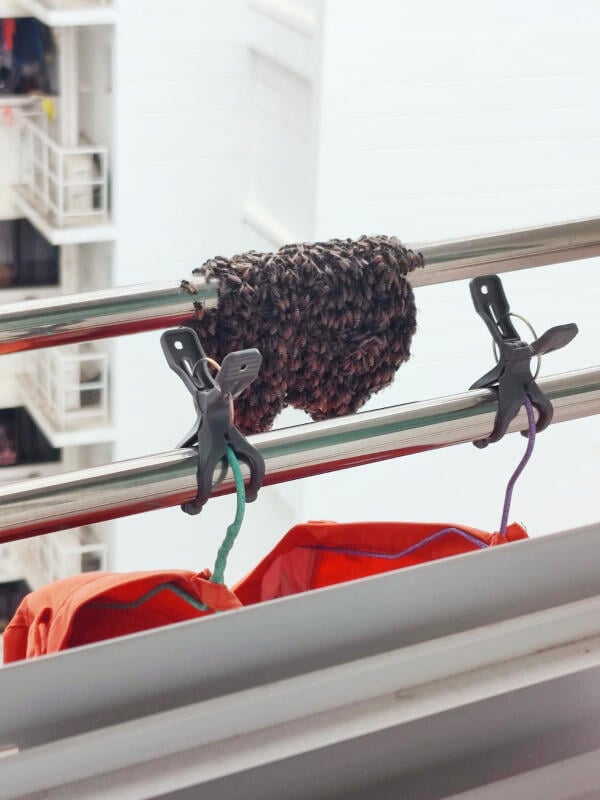 He contacted the Town Council for help and they sent pest control personnel to deal with the bees.

It was an ordinary day as the Punggol resident left his flat at Block 256 Sumang Walk for work at 8am on Saturday (10 Apr). 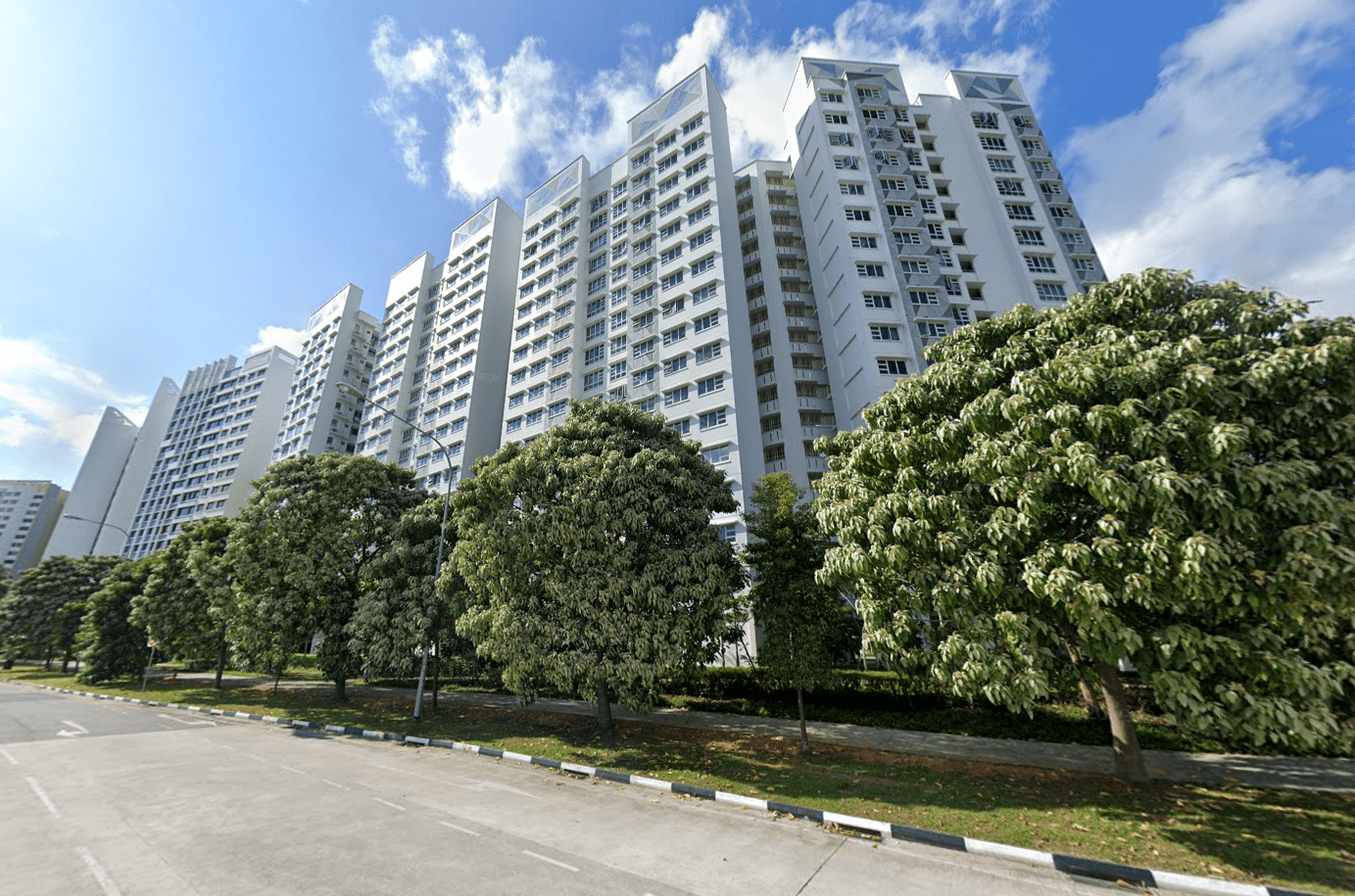 However, when he returned home at about 2.45pm, he got a rude shock when he tried to collect his clothes from his laundry pole.

A un-bee-lievably large bee hive with more than 200 bees had formed on his laundry pole, right outside his window, reported Shin Min Daily News.

Seeing the large and dense cluster of bees, he hurriedly closed the windows and doors to prevent the bees from flying into the house.

The man then contacted the Pasir Ris-Punggol Town Council for assistance.

According to Shin Min Daily News, pest control arrived shortly after to deal with the bee hive. 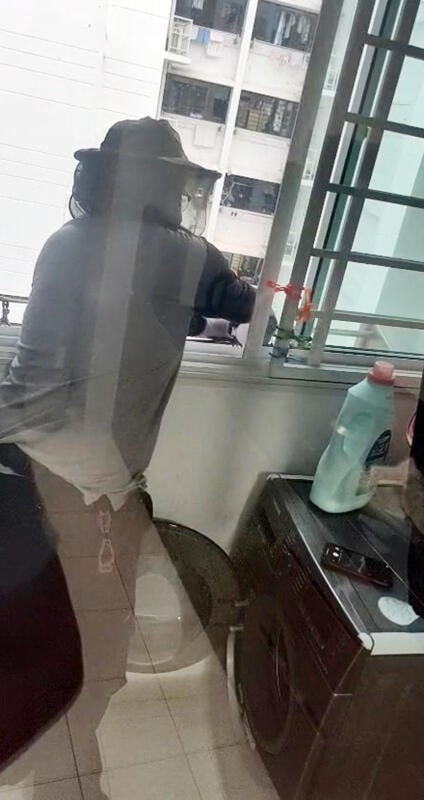 Within 3 hours of making the discovery, the bee hive had already grown larger in size.

Pest control remarked that it was a good thing they arrived quickly. If the hive had gotten any bigger, it would have been difficult to handle.

First time encountering such a problem

Speaking to Shin Min Daily News, the man shared that after the pest control sprayed insecticide at the hive, the bees fell onto the ledge outside the window. 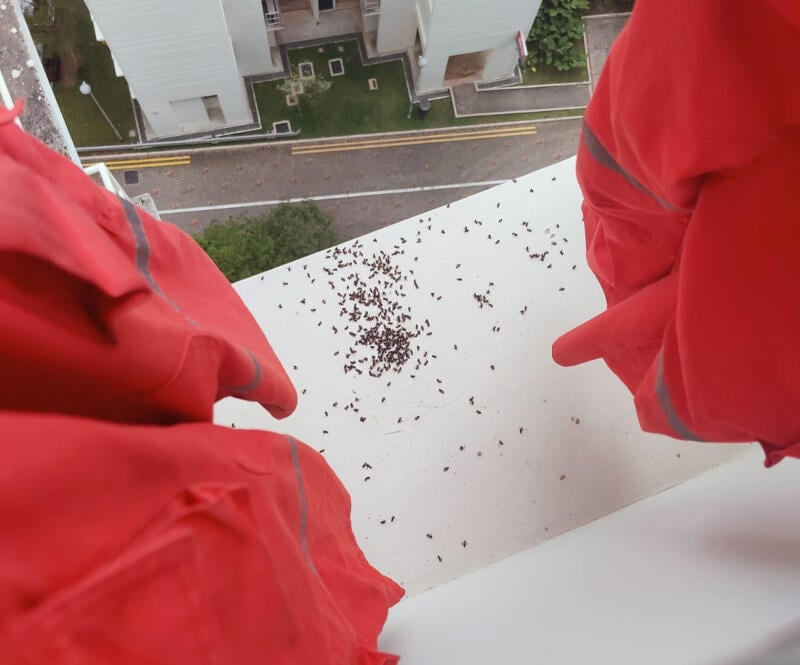 As for the hive, it remained stuck on the laundry pole and he had to clean it up.

The man has lived at the flat for more than a year and this was the first time he had encountered such a sight.

He expressed that there was urgency to deal with the hive because living on the 15th floor, a gust of wind might cause the hive to fall to the playground downstairs which could potentially be dangerous.

Kudos to the Town Council and pest control team

What a shocking experience it must have been for the resident to open his window only to be greeted with a large colony of bees.

Unfortunately, the hive was proving to be a safety concern, and so it had to be removed. We guess their new home wasn’t meant to bee.

Kudos to the Town Council for acting quickly and sending down a team of brave pest control personnel to help. It must’ve been a bee-sy day for the team.

Thanks to their efforts, the situation was dealt with professionally and smoothly without incident.