You may have read about a rental boyfriend service for Chinese New Year earlier in 2020, started by an enterprising man.

After his rental boyfriend business failed to take off, Bryant Luo is now offering a different type of service.

Hokkien mee, to be exact. 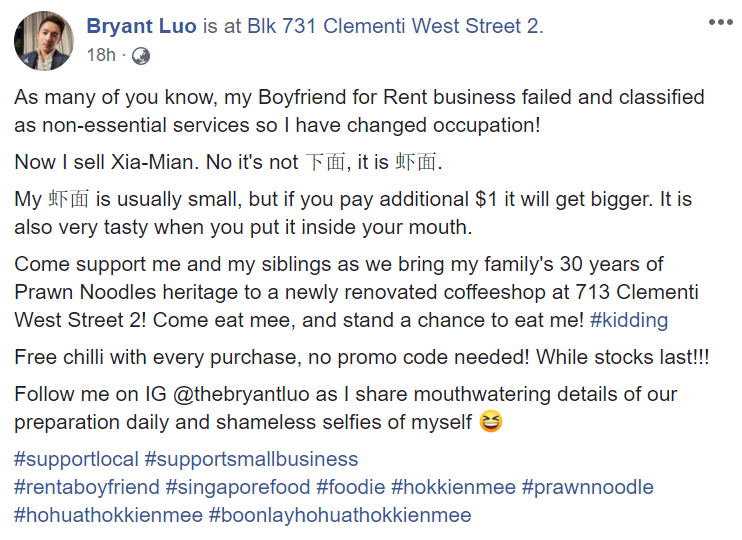 Offered to be rental boyfriend

A condition was that he would keep all the angbaos.

He even gave mock prices for his services, which he clarified weren’t real. 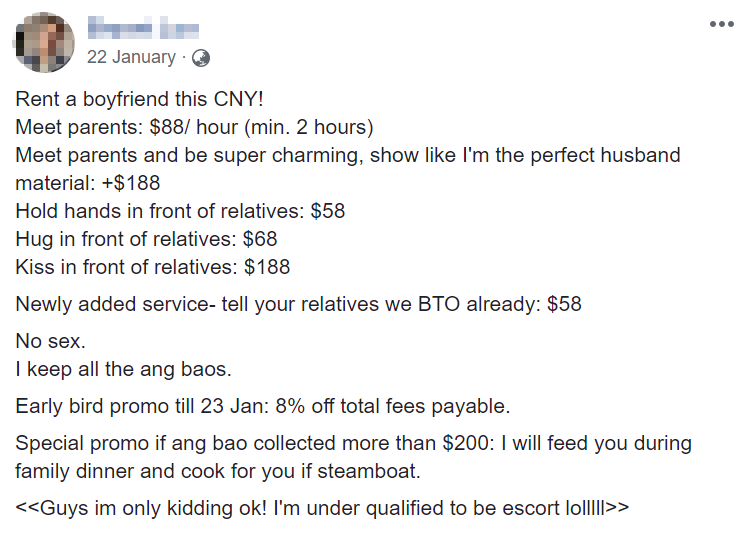 Although the offer wasn’t real – sadly for those interested – it gained plenty of traction due to the relatable feeling of having relatives ask about SOs during CNY gatherings.

As mentioned before, Mr Luo is now a hawker, together with his siblings.

Apparently, his family has been selling prawn noodles for 30 years and currently ply their trade at a coffeeshop in Clementi. 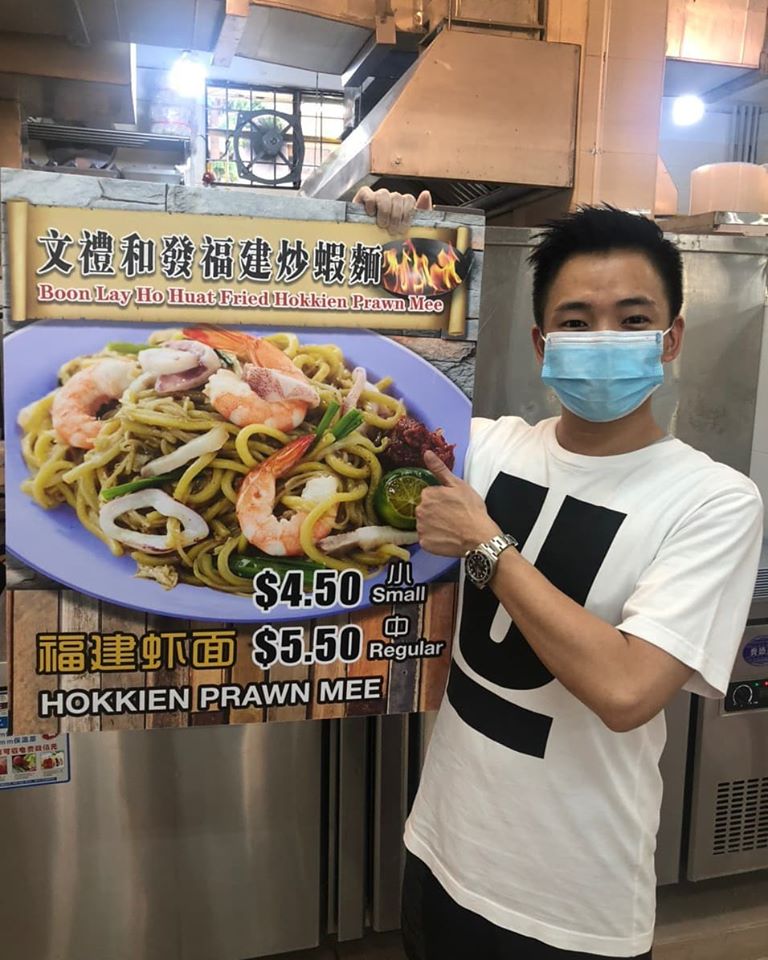 Of course, the copy doesn’t disappoint.

Although his xia mian is small, you can top up $1 for it to get bigger.

If you’d like to support Mr Luo in his endeavours to feed people Hokkien mee, you can visit the coffeeshop at Block 713 Clementi West Street 2, which is newly renovated. 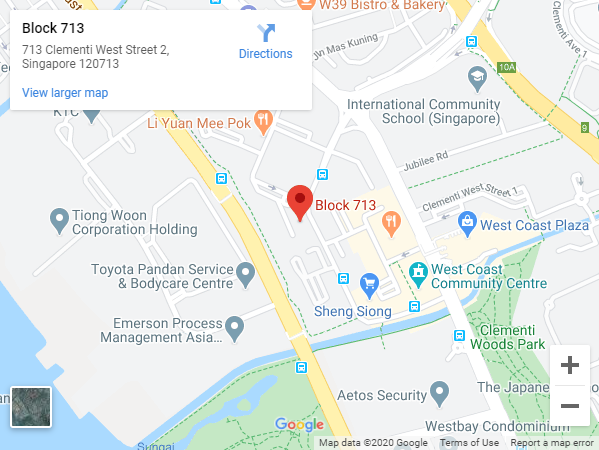 They’ll even throw in free chilli with every purchase.

With his enterprise skills displayed in his rental boyfriend business, perhaps his Hokkien mee will end up being a similar hit.