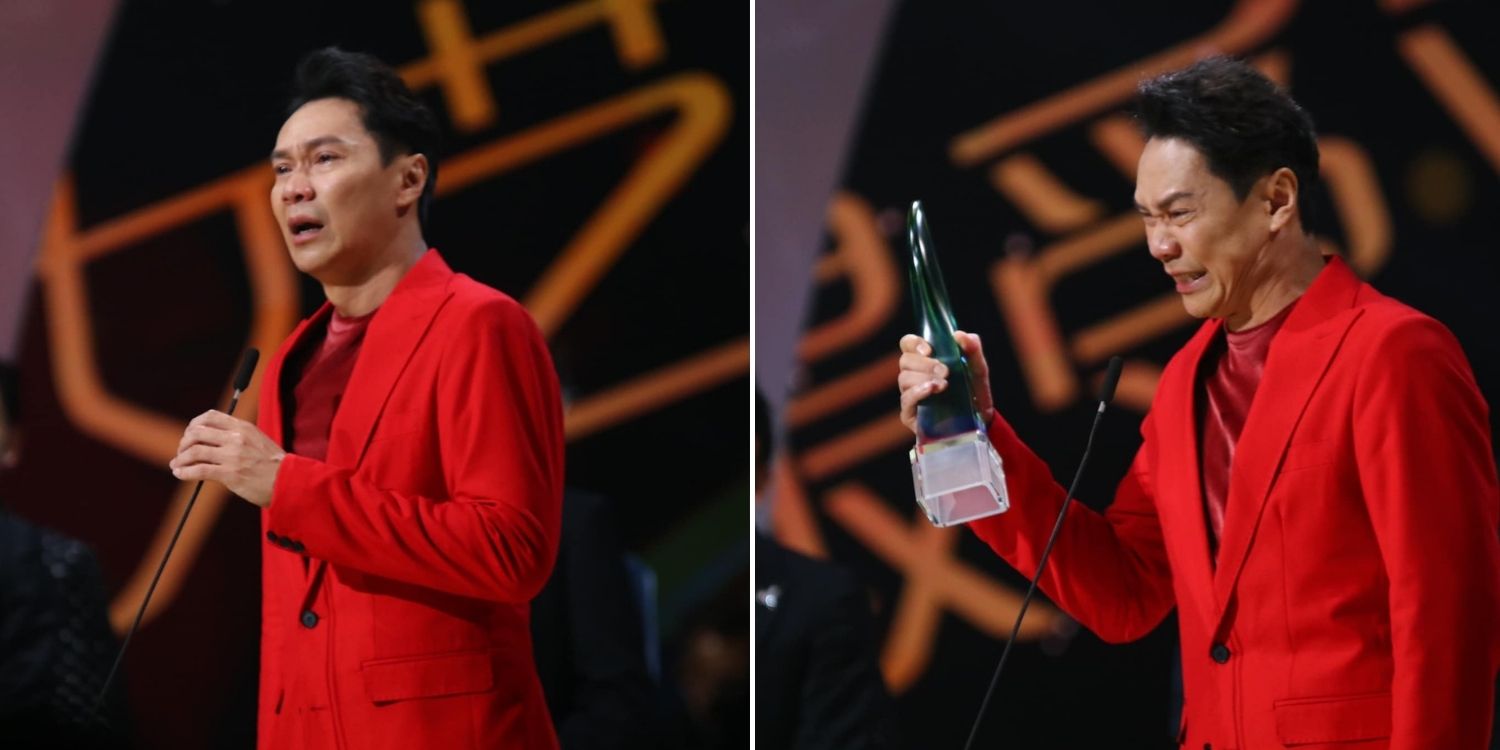 Let's hope he doesn't have to wait another 27 years for his next trophy.

We often yearn for recognition of our hard work, especially when we’ve been in the industry for a significant period.

And when we finally get that recognition, that moment may undeniably be overwhelming.

This was what happened to veteran actor Brandon Wong, 50, when he clinched his first Star Awards trophy on 24 Apr — after 27 years of perseverance and hard work. 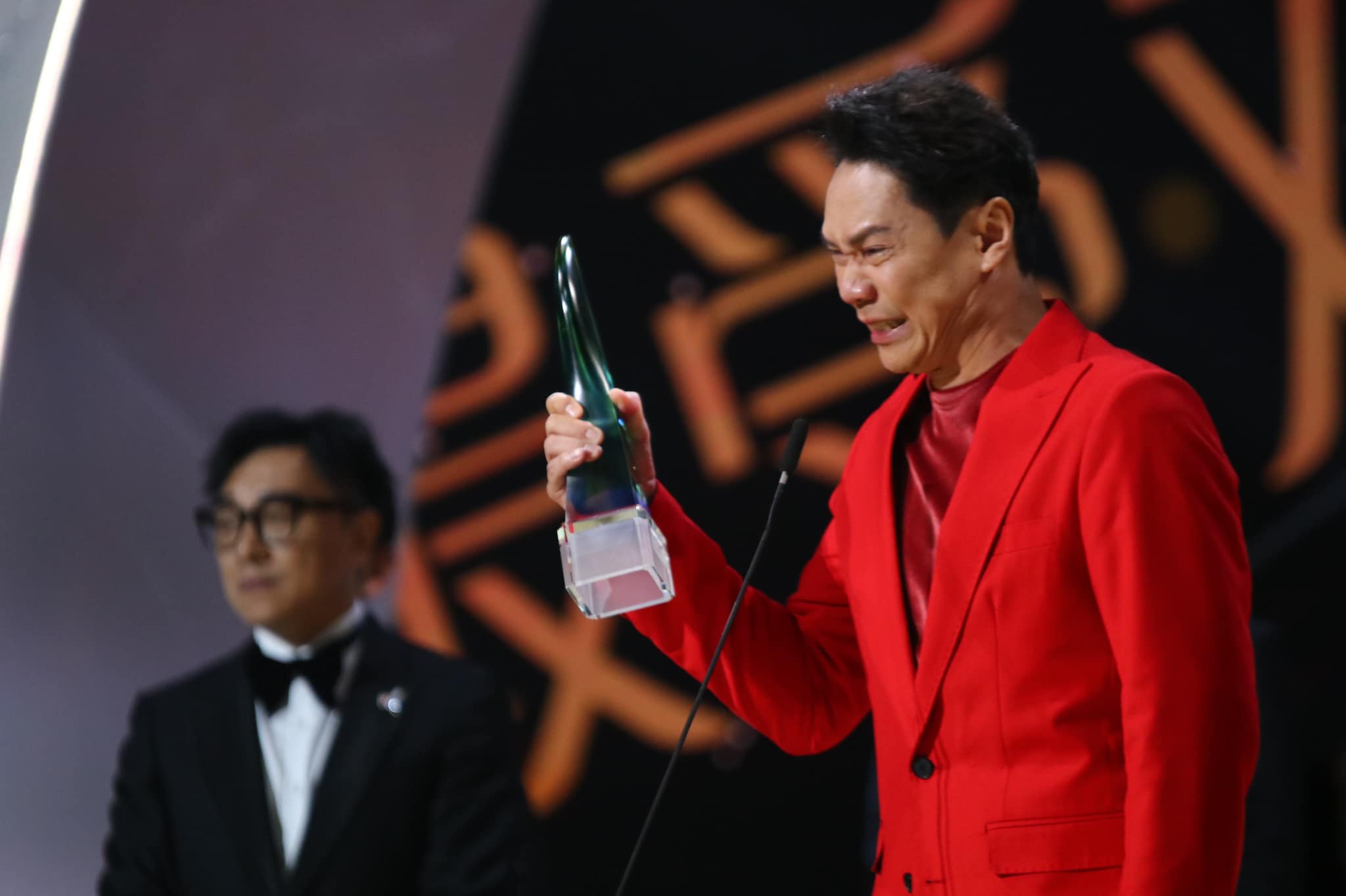 Let’s take a look at the heartfelt moment together.

On 24 Apr, the night of the Star Awards, one moment that probably stood out the most to viewers was when veteran actor Brandon Wong received his Top 10 Most Popular Male Artistes trophy.

As Wong went up to deliver his speech, he couldn’t help but break down in emotional tears — after all, this was his first time winning the award after 27 years in showbiz. 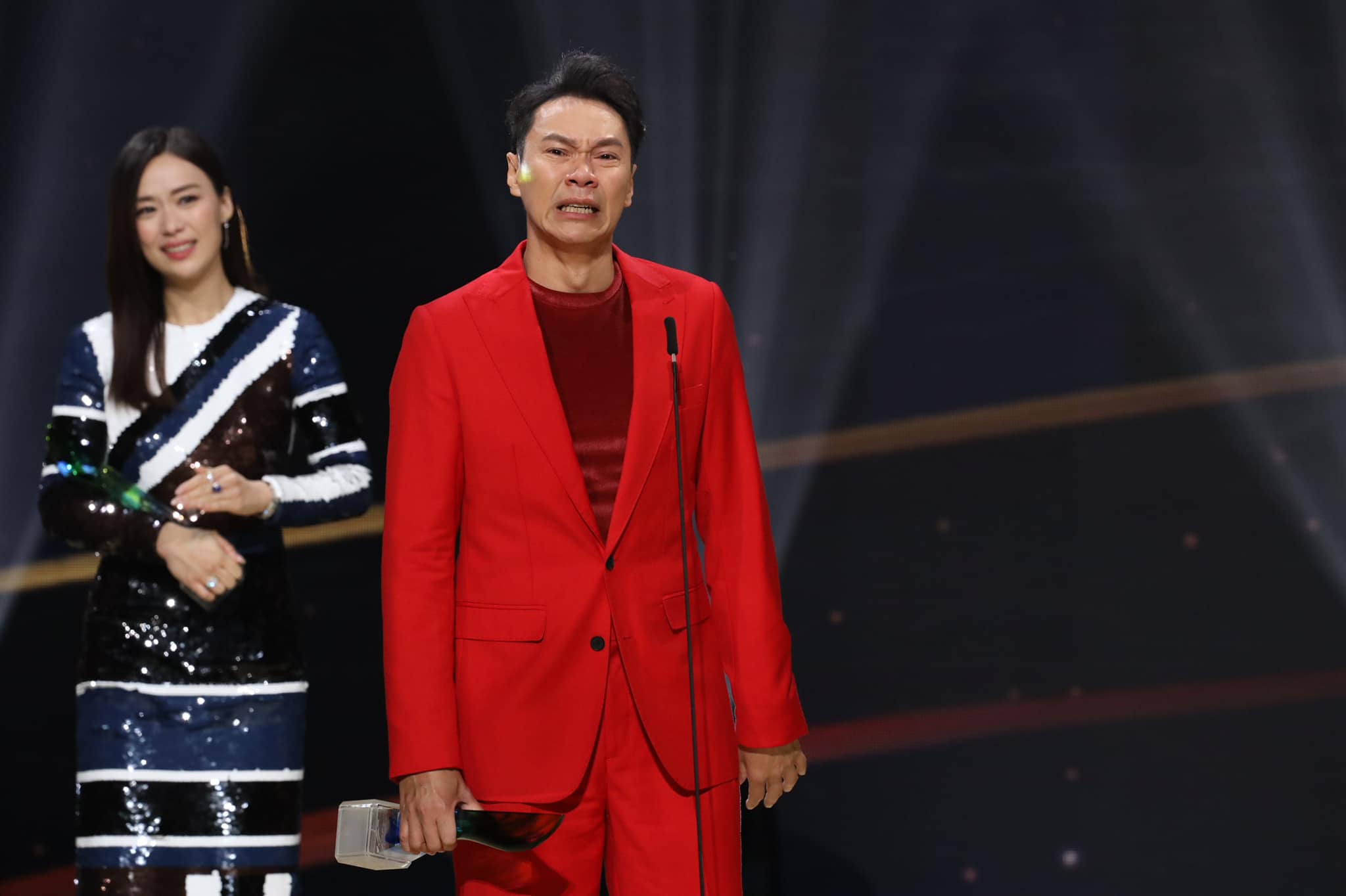 Holding the trophy in one hand, he expressed how “it wasn’t easy during these 27 years”.

As he wiped away his tears, the audience could be heard clapping loudly for him, with someone shouting, “Jiayou! (You got this!)”

He took a deep breath before joking that he’s “worried that [he] might have to wait another 27 years to clinch [his] second trophy in this category”. 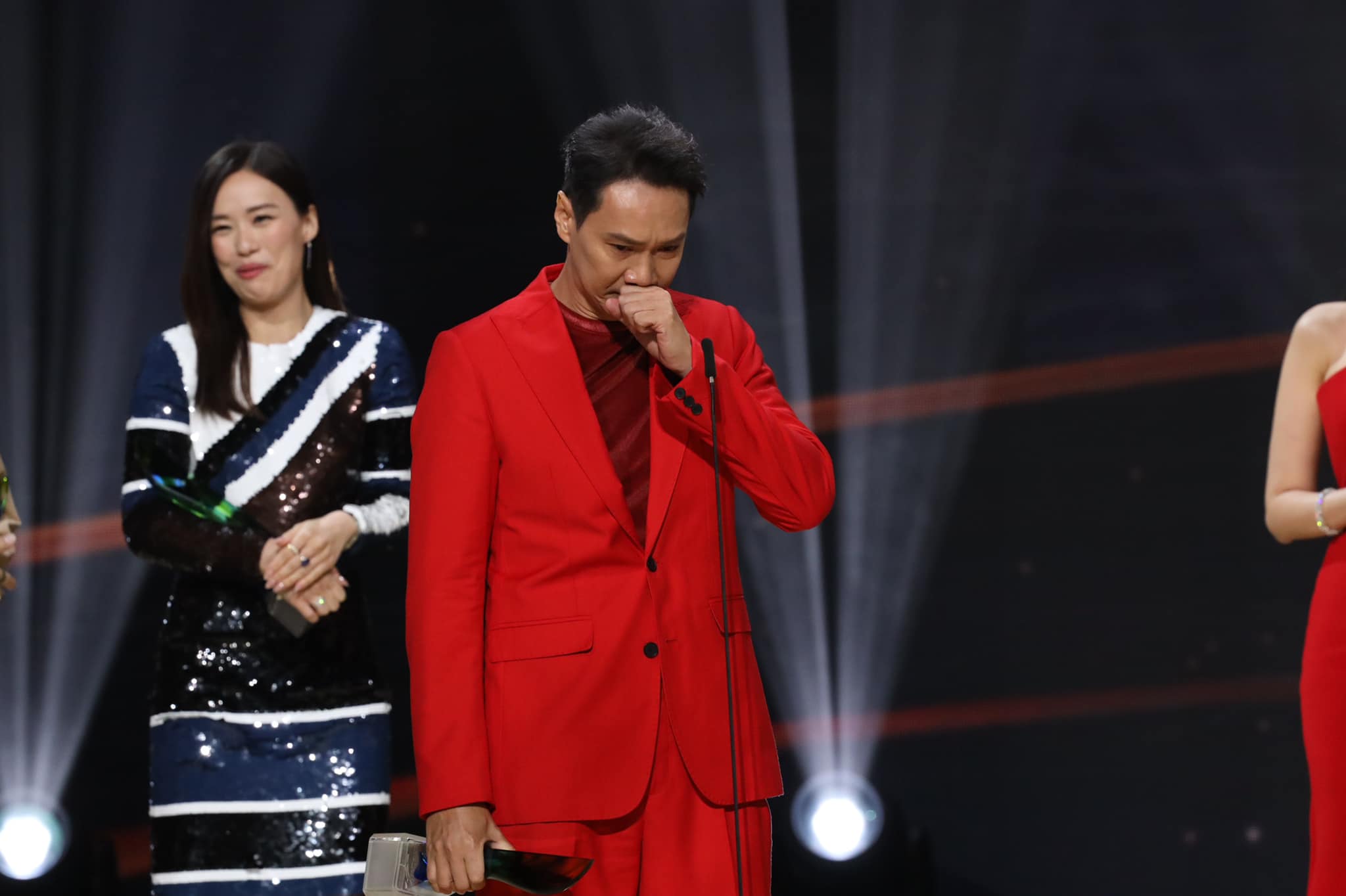 He concluded his speech by passionately calling himself 千里马 — a Chinese term that describes a person who perseveres through many years of hardship.

You can watch his touching full speech here.

During a livestream, Wong expressed his disbelief as this was the very first award given to him in his 27 years of acting. 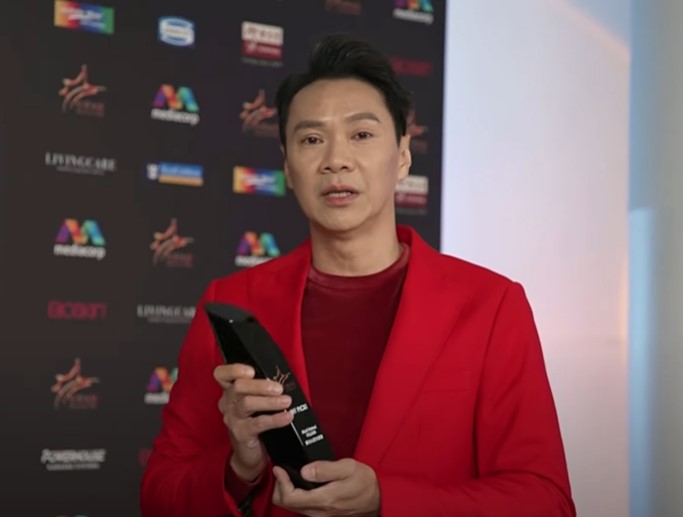 When the hosts asked him to appeal to the voters for the Top 10 Most Popular Male Artistes award, he became visibly emotional. 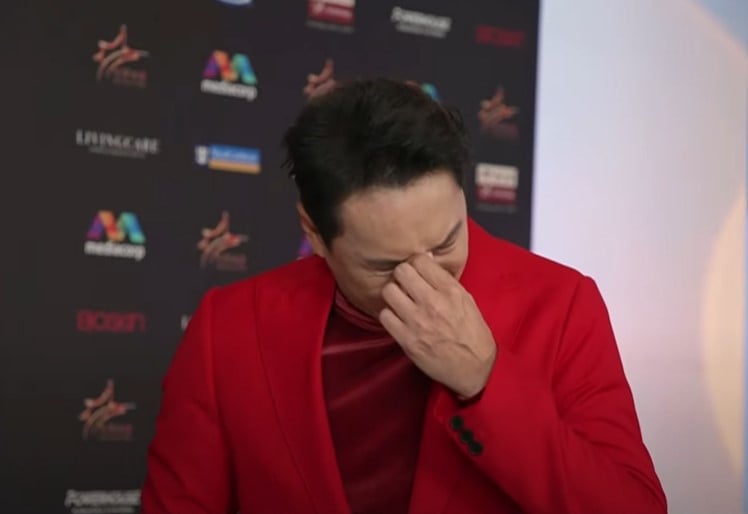 “Thank you to those who hated this character, you have completed your mission. For those who like me…” He choked up at this point, unable to finish his sentence. 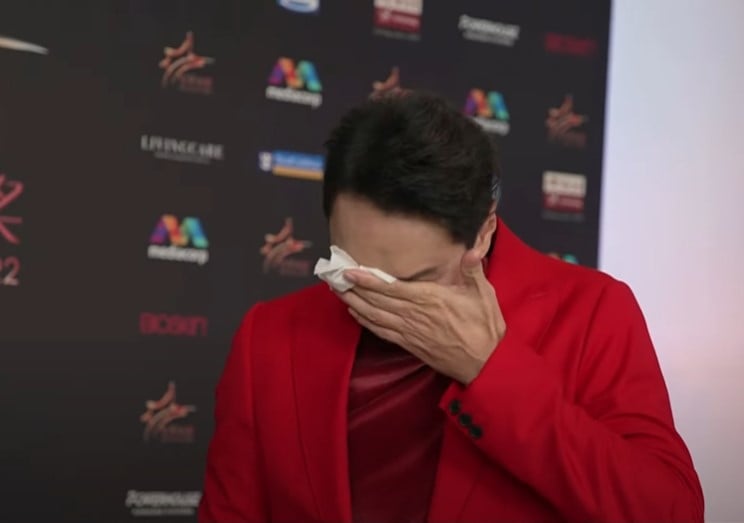 He quickly wiped away his tears before urging his supporters to vote for him.

He felt “immensely grateful” to be nominated this year

For Wong, this award must’ve been meaningful as he expressed his yearning to be recognised as an actor.

On 10 Mar, after Mediacorp released the nominees for the Top 20, he shared a heartfelt message on Instagram, writing, “This is my first nomination in this category in my 27 years of acting career!”

He also mentioned how it might not be a big deal to others, but to him, it’s a little recognition of his hard work since the beginning of his career.

While this is his first Top 10 trophy, two of his colleagues, actresses Rebecca Lim and Felicia Chin, clinched their 10th – and final – awards on the same night. This means they will become All-Time Favourite Artistes next year.

Hard work pays off no matter what

This touching moment has reminded us that perseverance does pay off at the end of the day — as long as you stay true to yourself and put in your best efforts in whatever you do.

Like Wong, we should always keep our heads held high and be grateful for every little recognition of our hard work along the way. Hopefully, his win will also inspire many of us to keep striving for our goals and do our very best.