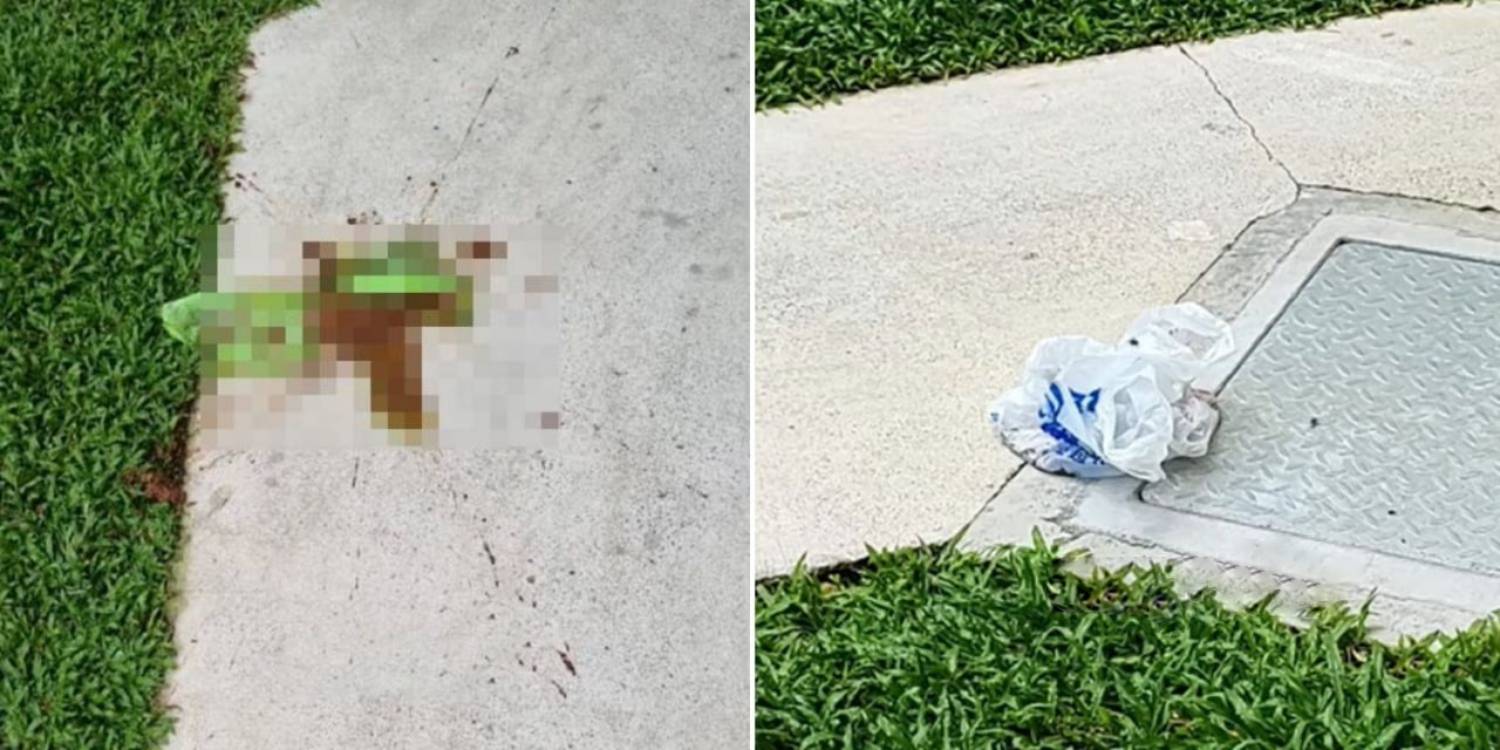 The high-rise littering has apparently been occurring since 2019.

Picture this in your head: You’re walking around your neighbourhood when suddenly, a plastic bag falls in front of you. The bag splits open, exposing a brown substance with a putrid smell you can immediately identify as poop.

Quite distressingly, this was what Sengkang residents have faced since May after they saw plastic bags of human waste strewn around their HDB walkways.

Understandably frustrated, residents have been reporting their findings to the relevant authorities including their town council (TC), in hopes of putting a stop to the high-rise littering.

The town council (TC) has since shared that they are working closely with the National Environment Agency (NEA) to resolve this issue.

On 4 Jul, a resident staying near Blk 471C Fernvale Street took to TikTok to share disturbing images of plastic bags of human excrement lying on some footpaths in the neighbourhood.

The OP’s first evidence of the bags in question dated back to 5 May. Visuals show most plastic bags split open as though they had been thrown from a height, with faeces spilling out onto the floor. 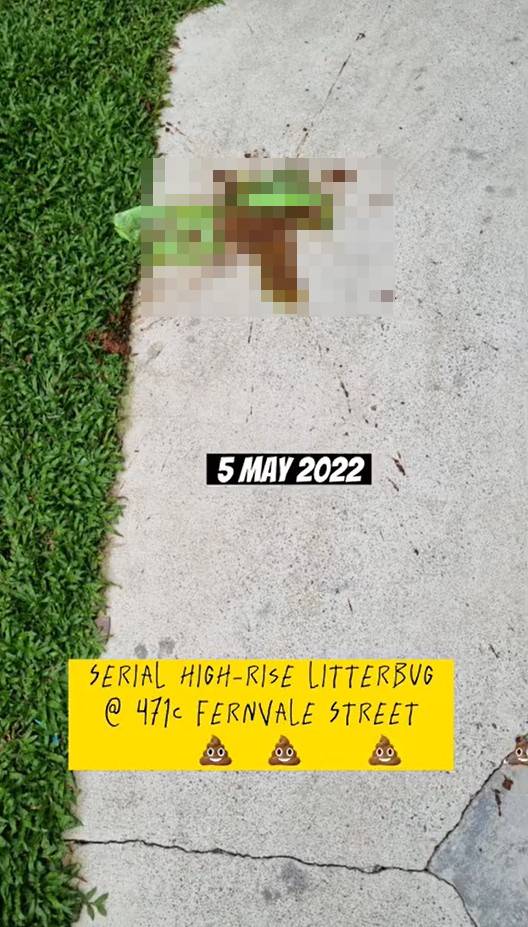 The series of photos that followed similarly showed plastic bags with poop that the OP found on 20 May, 13 Jun, 30 Jun, and 1 July. 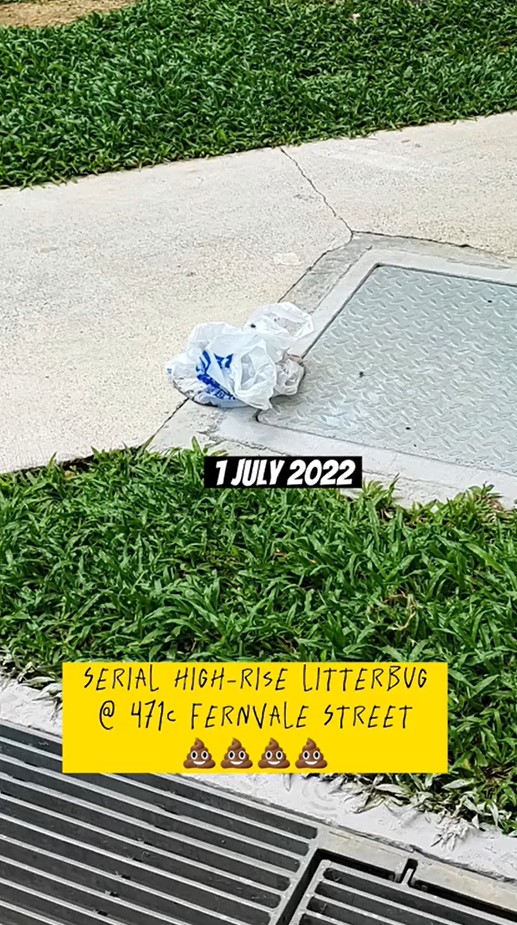 While the frequency of these incidents is shocking enough, the OP claimed that they have been occurring since 2019. To back this up, the OP shared screenshots of complaints on the OneService app, that other residents likely made.

Noting that these cases were ‘resolved’ between March and May, the OP expressed their concern that it “simply meant they (the TC) have removed the poop”.

Implying that the solution so far has been a mere cleanup, the OP shared that the culprit continued to throw bags of poop despite the earlier complaints. 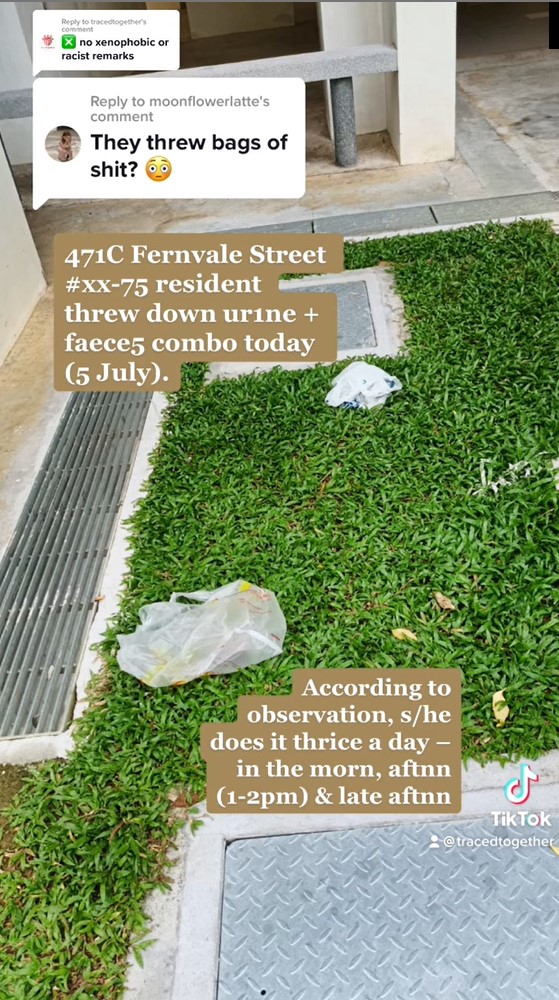 They even made deductions that the resident would throw the bags down thrice a day — in the morning, afternoon, and late afternoon.

However, residents may hopefully see an end to their predicament soon.

According to the OP, the Residents’ Committee (RC) has been made aware of the littering acts.

Similarly, Stomp reported that Ang Mo Kio TC has received feedback regarding these acts and are working closely with NEA for assistance.

They have also placed notices to urge residents against high-rise littering to ensure public health and safety.

MS News has reached out to Ang Mo Kio TC and NEA for comments and will update this article once they get back.

High-rise littering is always concerning as it will not only pose a danger to the public but also lead to hygiene issues.

If left unattended, the bags of poop can become breeding grounds for pests and bacteria, which can then transmit diseases to residents.

We hope the relevant authorities will take the necessary steps to put an end to this littering nightmare.

Meanwhile, may the residents in Sengkang stay safe while the authorities work on resolving the matter.