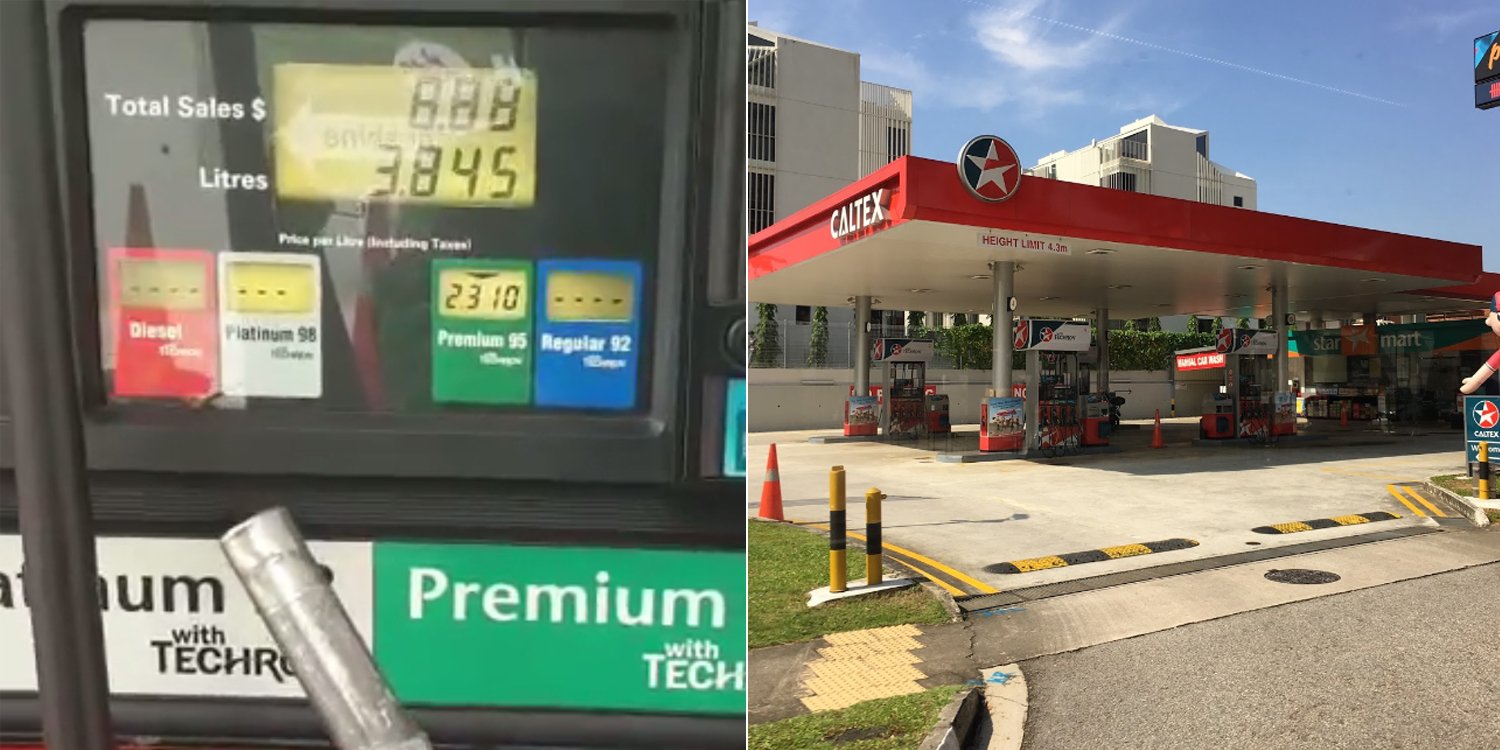 Update (29 Apr): Caltex has released an official statement via a Chevron spokesperson regarding the matter. Here it is in full:

Customer satisfaction and ensuring accuracy of our station equipment are top priorities for us at Caltex. In this case, on April 24, a customer alerted us to this issue with a fuel dispenser at the service station at Upper Serangoon. A technician visited the site on the same day, and the related hardware is under maintenance. The other dispensers at the station were also inspected and no other issues were found. We are continuing to investigate this matter and as a precautionary measure we are conducting verifications at all our Caltex service stations in Singapore. We greatly appreciate hearing about any concerns so that we can address them right away. We apologize for any inconvenience caused, and thank you for your patience.

Motorists often rely on meters at petrol kiosks to gauge how much to pay for their fuel.

But these machines are not error-free and can have glitches too.

A Singapore motorcyclist recently encountered a machine malfunction where the metre at a petrol station continued running despite there being no fuel being pumped out.

A video of the incident was shared on SG Kay Poh’s Facebook page on Wednesday (24 Apr).

You can watch it in full here.

Meter continues ticking when fuel is not being pumped

The incident allegedly happened at a Caltex petrol kiosk in Upper Serangoon.

The motorist shooting the footage claims that the meter at the petrol pump continued to run despite there being no fuel flowing of the pump nozzle.

As proof, he filmed himself holding up the nozzle with no petrol flowing out, against the meter, which continued to tick in the background. 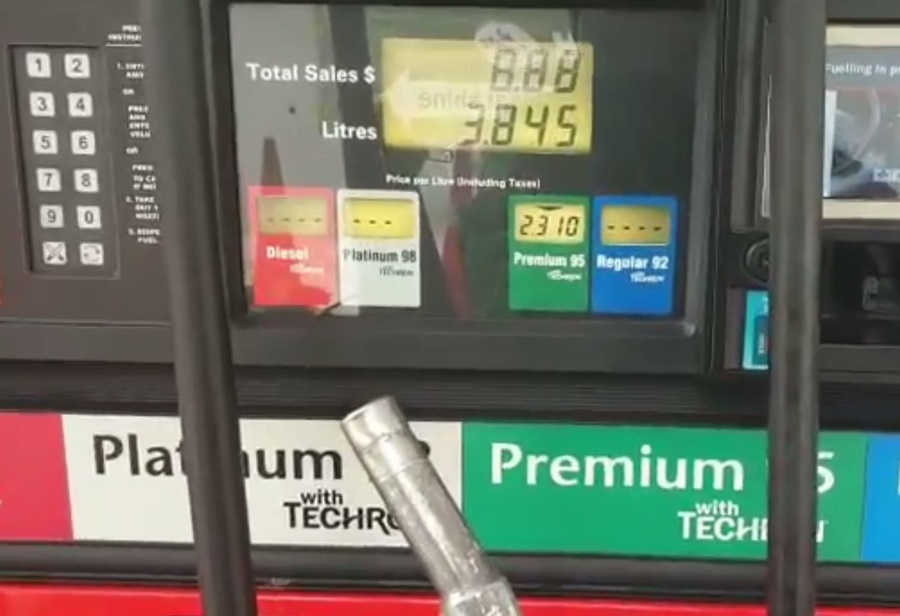 This went on for roughly 20 seconds. During that period of time, the amount payable increased by roughly $0.30 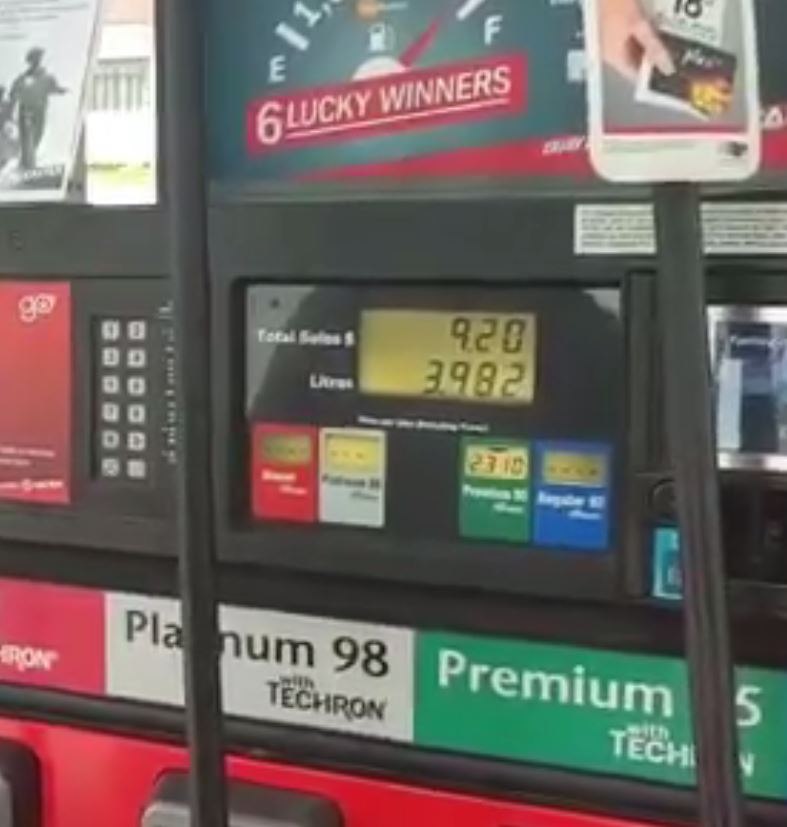 Towards the end of the video, a staff dressed in red arrives hastily at the pump accompanied by a lady in grey – presumably the manager of the petrol kiosk. 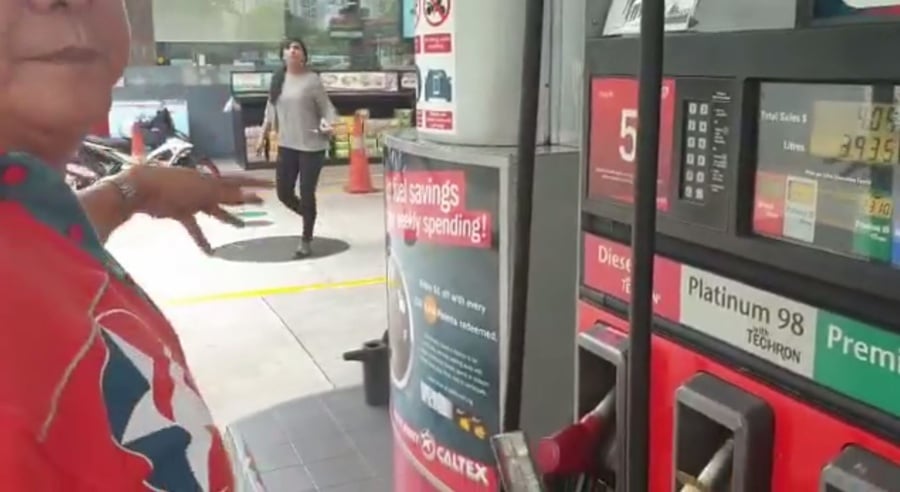 The manager takes a look at the faulty meter and shakes her head in disproval. She also requests for the staff in red to seek reinforcement to deal with the situation.

Caltex claims that ‘hardware’ is being fixed

Caltex Singapore responded swiftly to the incident and provided a statement in the video’s comments within just 3 hours, claiming that the ‘hardware’ in question is now being fixed.

Despite the reassuring statement, some netizens continued directing angsty comments towards the oil and gas company.

Others took it more positively and stated that the malfunction was probably a one-off incident. 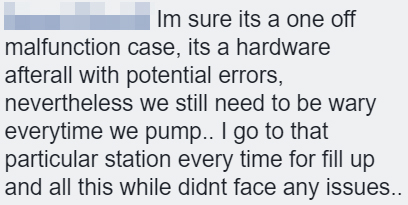 Be vigilant when you are pumping petrol

We’ve reached out to Caltex Singapore for more comments on the malfunction and will update this article once more information is made known.

Nonetheless, kudos to them for responding to concerns within such a short time.

If there’s one lesson all motorists can learn from this incident, it’s the importance of being vigilant when refilling petrol to avoid getting overcharge in the event of a machine malfunction. 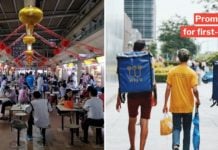