When driving, even a small misstep can quickly turn into an accident.

On Monday (18 Oct), a car accidentally crashed into the void deck of a Tampines HDB. 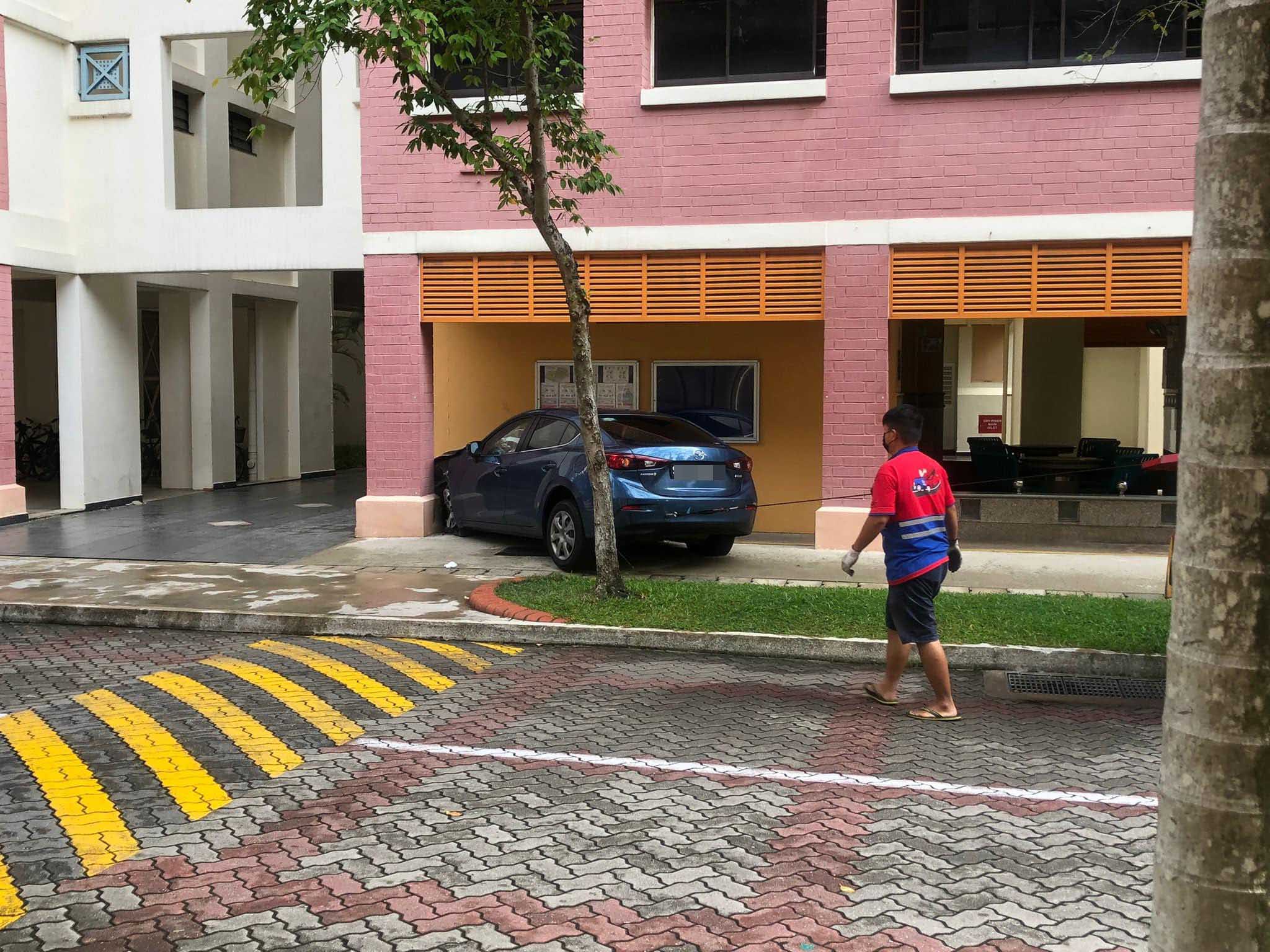 Tampines Town Council said the driver was later conveyed to a hospital. 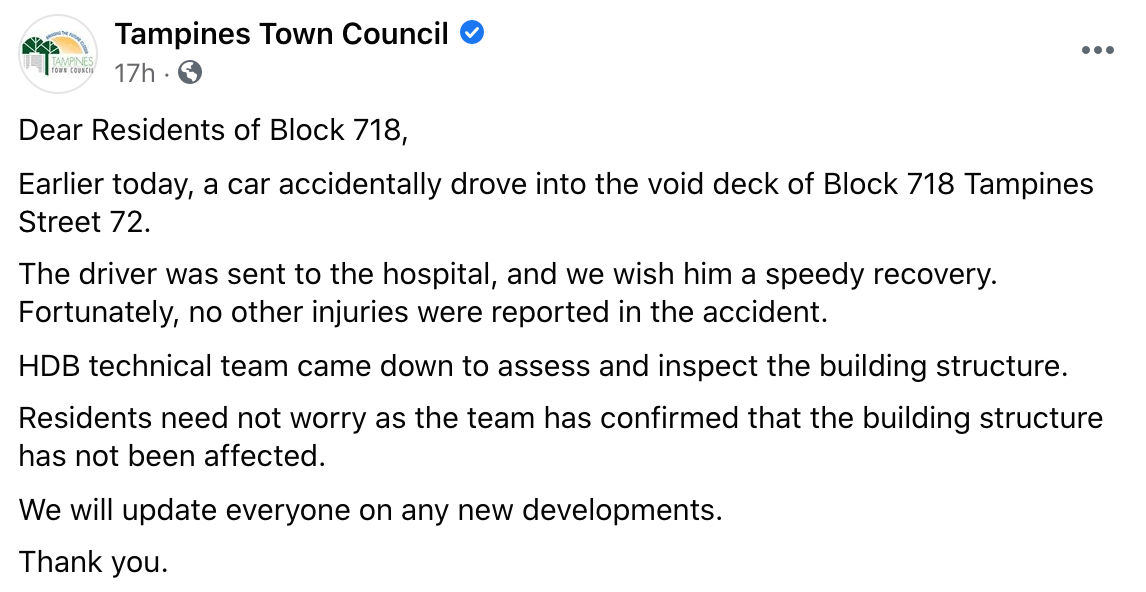 They also assured residents that the HDB technical team has examined the building structure and found that it has not been affected by the crash. 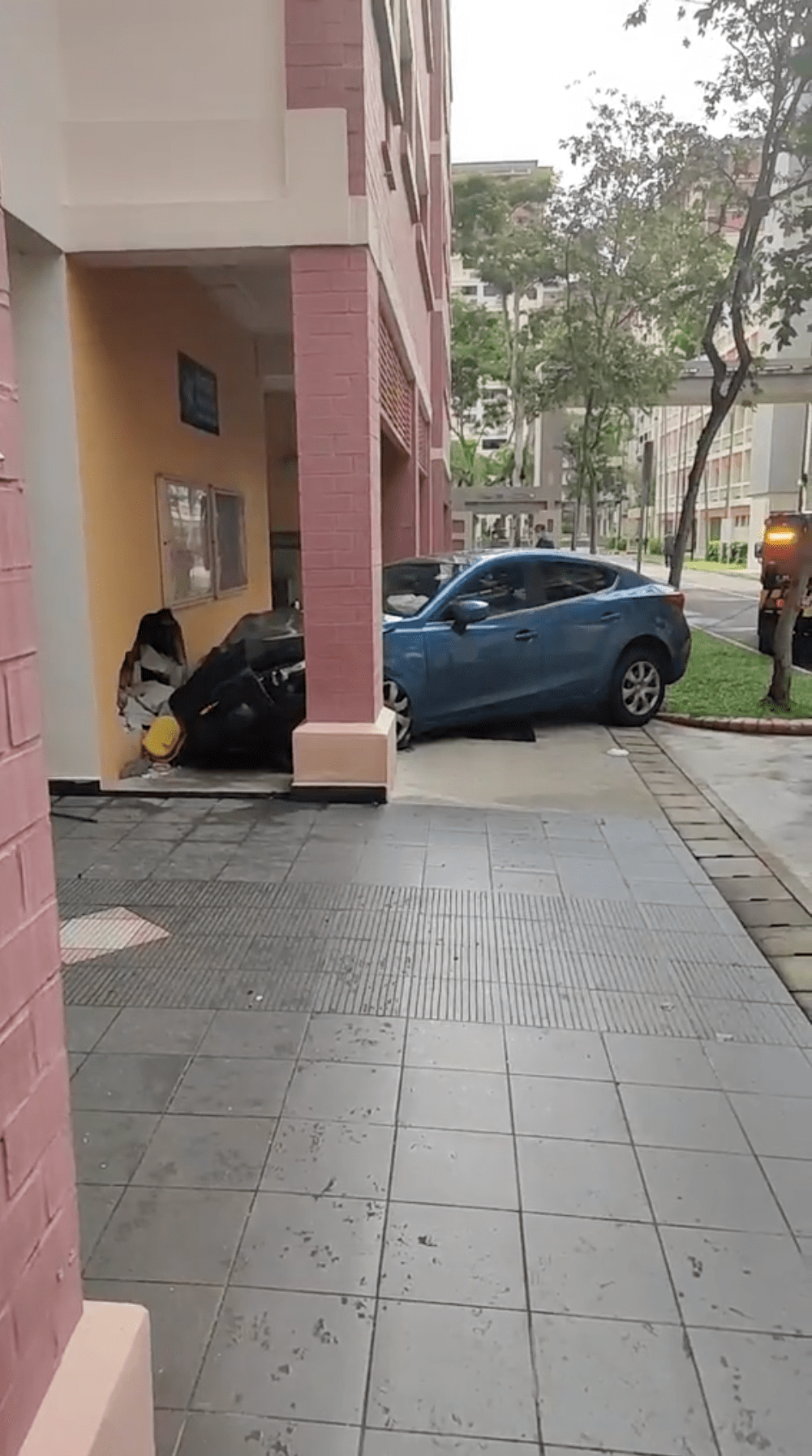 A gaping hole at the point of impact was also visible on the concrete wall.

A tow truck arrived soon after to pull the car out from the void deck.

Seeing the damages to the car and hearing the sound of metal scraping the floor as the truck dragged it away, it was evident that the collision had been a hard one.

A police car was also on site. 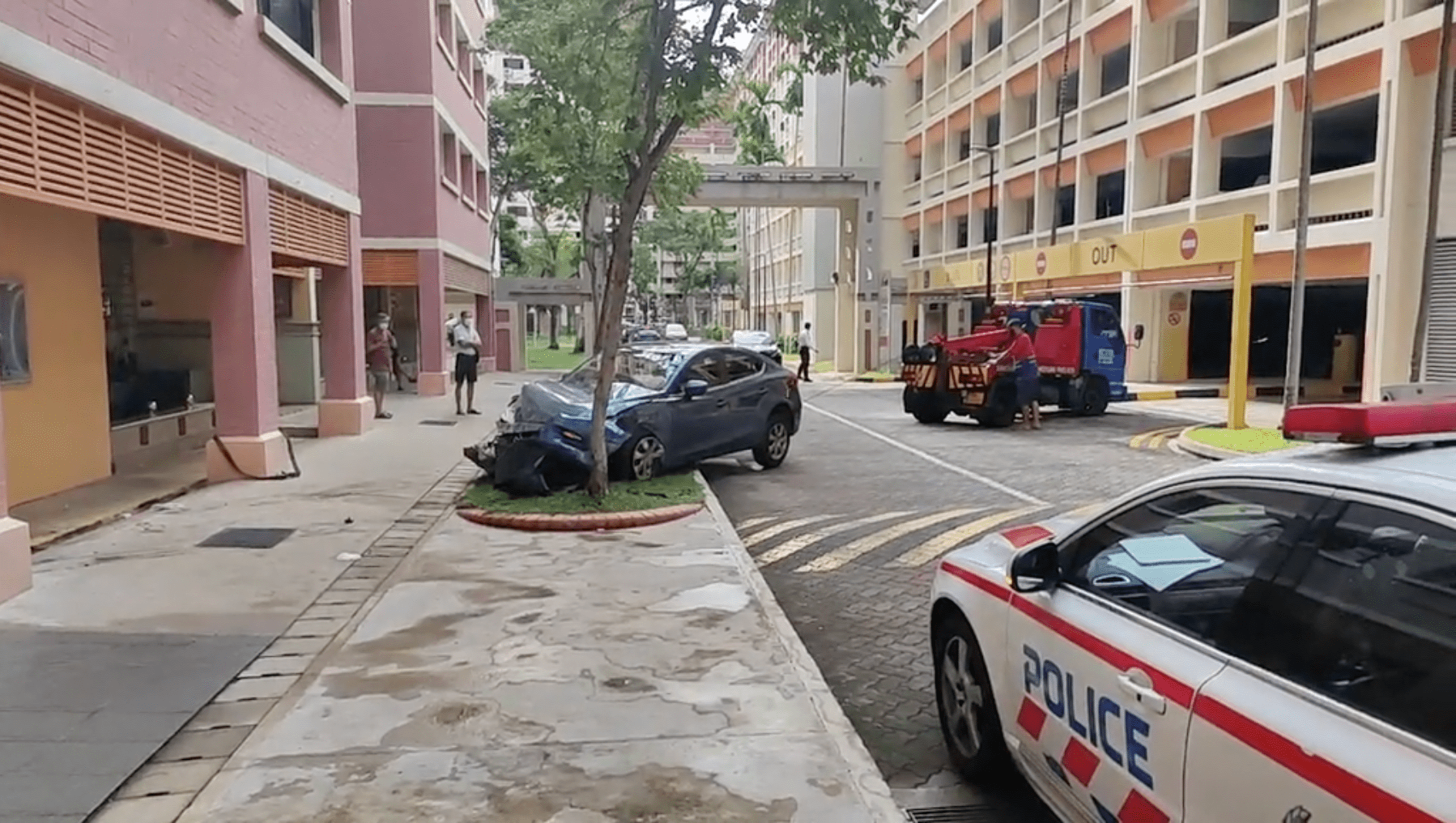 Speaking to MS News, the Singapore Civil Defence Force (SCDF) said they were alerted to the road traffic accident at about 2.15pm on 18 Oct.

Tampines Town Council shared in a Facebook post that the driver was the casualty in question and that there were no other injuries. 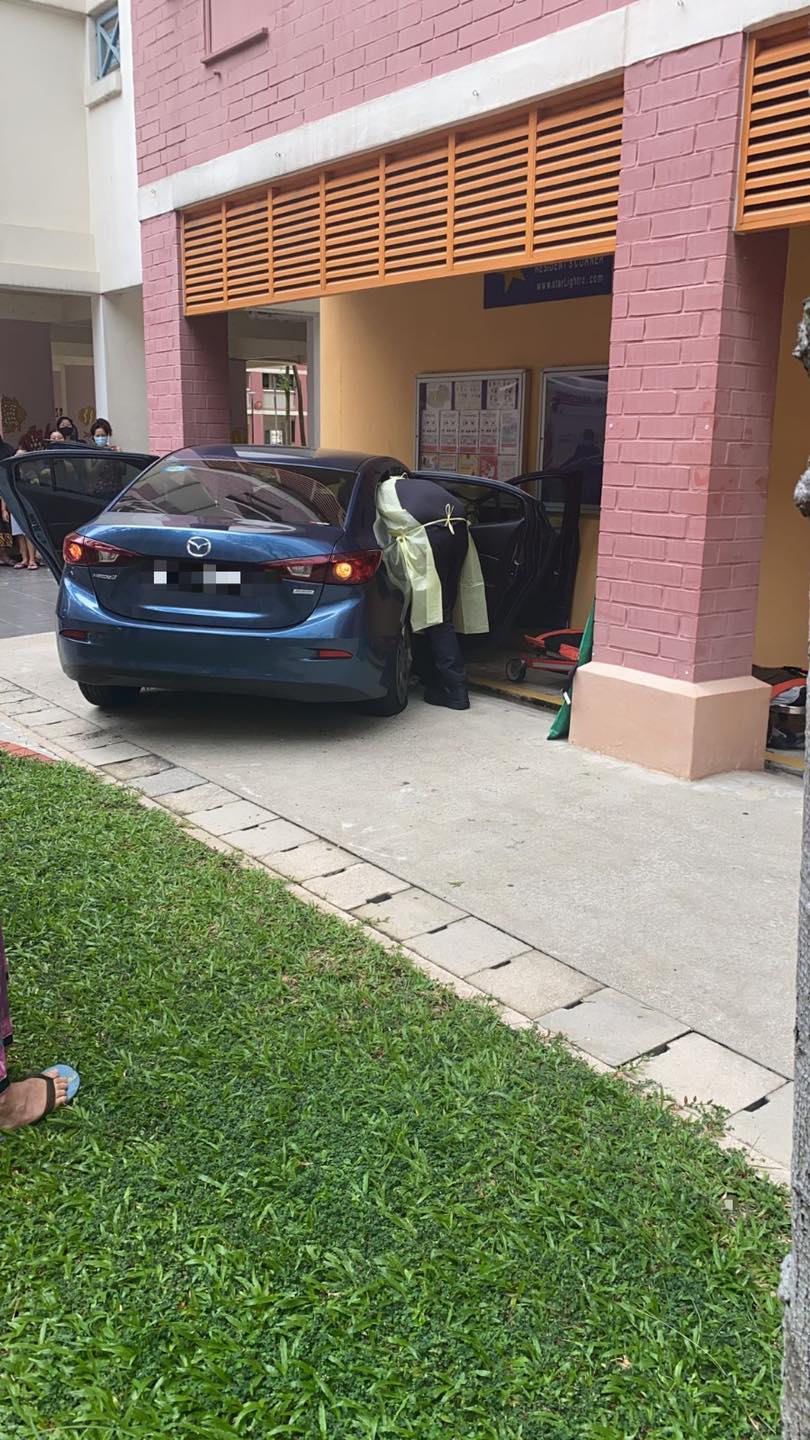 Following the accident, HDB’s technical team came down to access and inspect the building structure, which they later confirmed had not been compromised.

The town council assured that they will update residents if there are any new developments.

Wish the driver a smooth recovery

Thankfully, nobody was walking by at the time of the accident or things could’ve turned out a lot worse.

The cause of the accident is not known at this time so it’s best not to speculate.

We hope the driver did not sustain serious injuries from the accident and MS News wishes them a speedy recovery.

Featured image adapted from heng3366 on TikTok and TikTok.