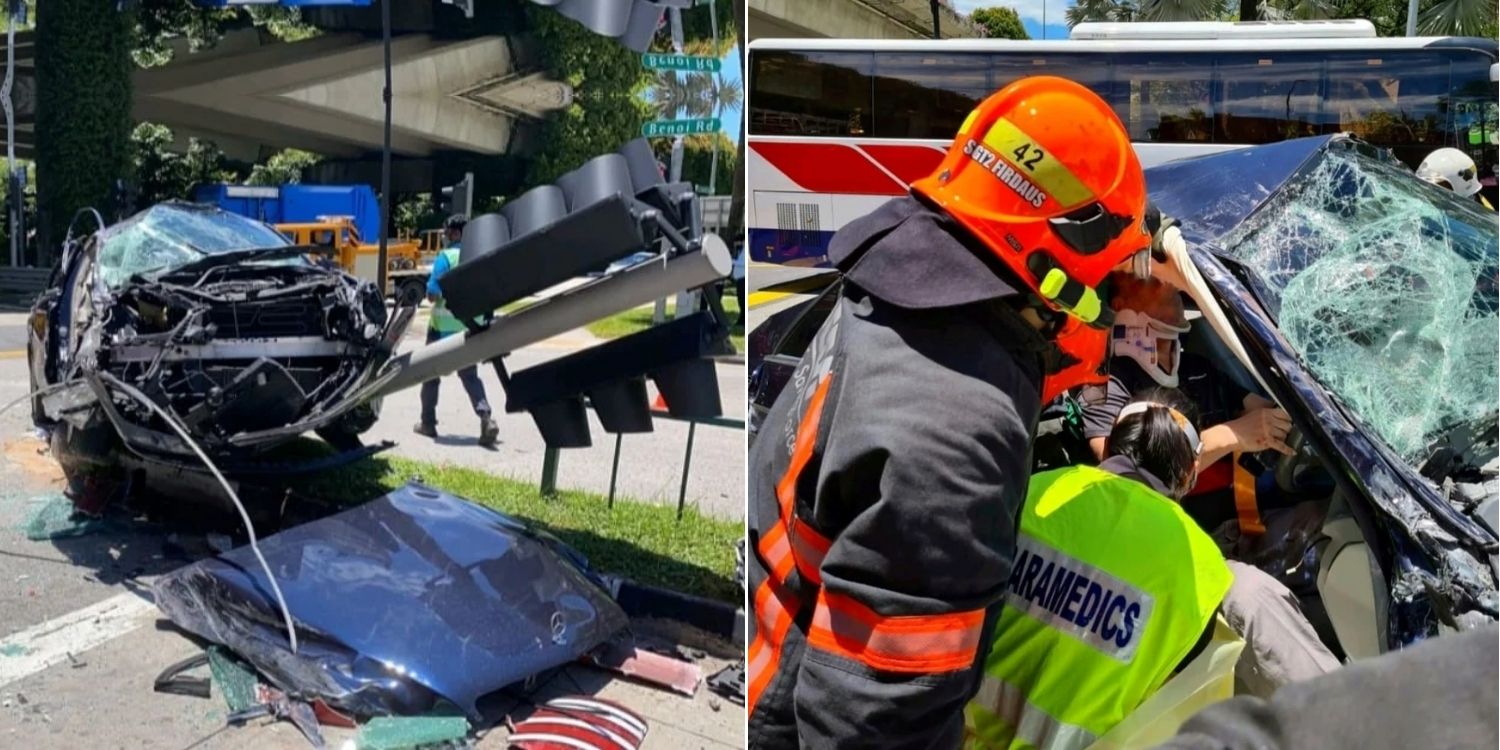 SCDF had to extricate 1 person who was trapped in a car.

The severity of a traffic accident can often be gauged from the damages caused to nearby structures and vehicles.

So when a traffic light became a casualty in an accident in Joo Koon recently, one can only imagine the force that caused it. 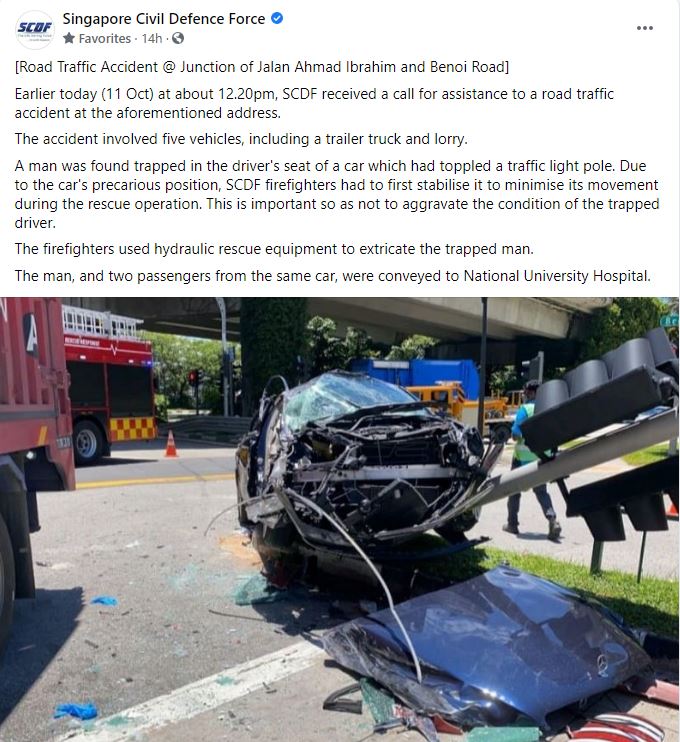 3 people ended up in the hospital, including a man whom firefighters had to extricate from a car’s wreckage.

At about 12.20pm on Monday (11 Oct), an accident reportedly occurred at the junction of Jalan Ahmad Ibrahim and Benoi Road in Joo Koon.

The accident involved 5 vehicles including a lorry and trailer truck. 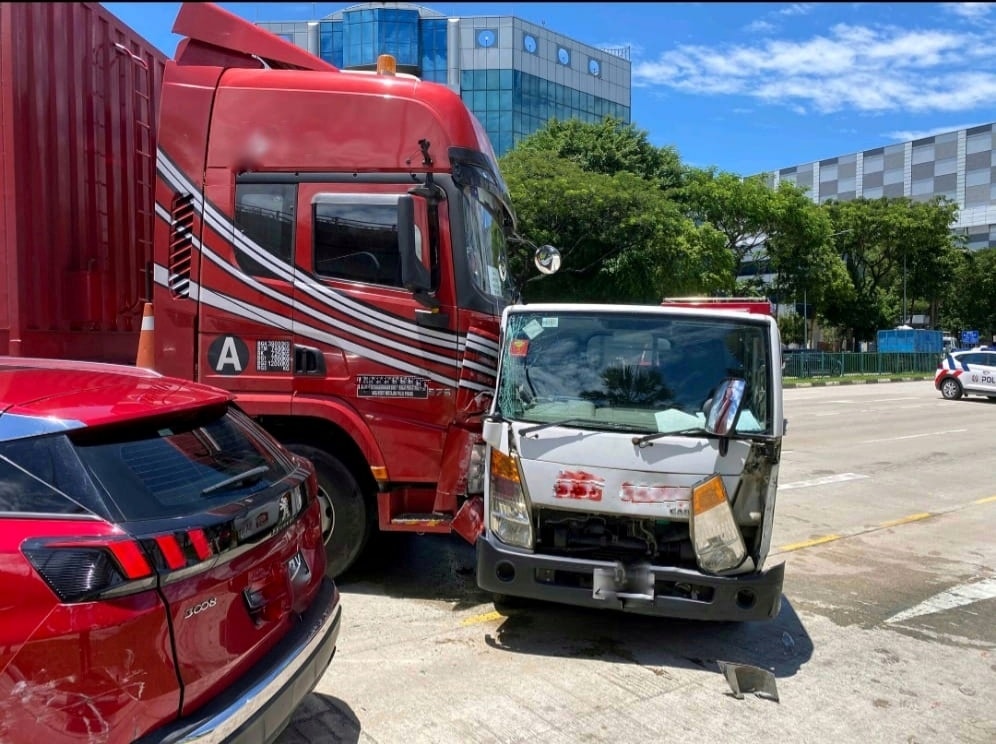 A traffic light nearby had toppled over, seemingly from the impact of a collision with a navy blue Mercedes. The car’s front bonnet also appeared to have fallen off. 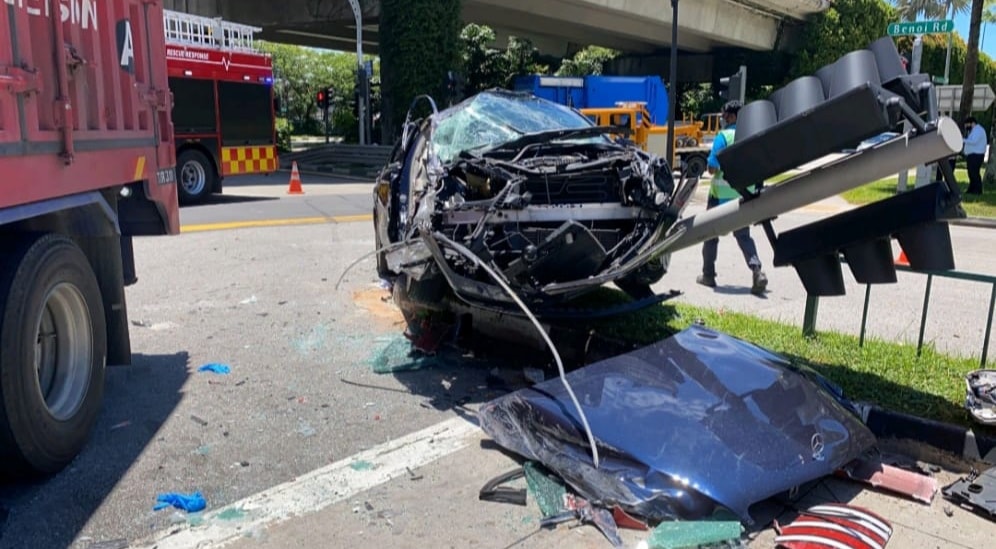 The impact completely shattered the car’s windscreen, as the whole vehicle looked to be in quite a sorry state.

Man trapped in vehicle after accident

As a result of the collision, a man was reportedly trapped in the driver’s seat of the vehicle.

Due to the vehicle’s precarious position, firefighters had to stabilise the car to prevent it from moving throughout the rescue operation. Had they not done so, they could have aggravated the driver’s condition. 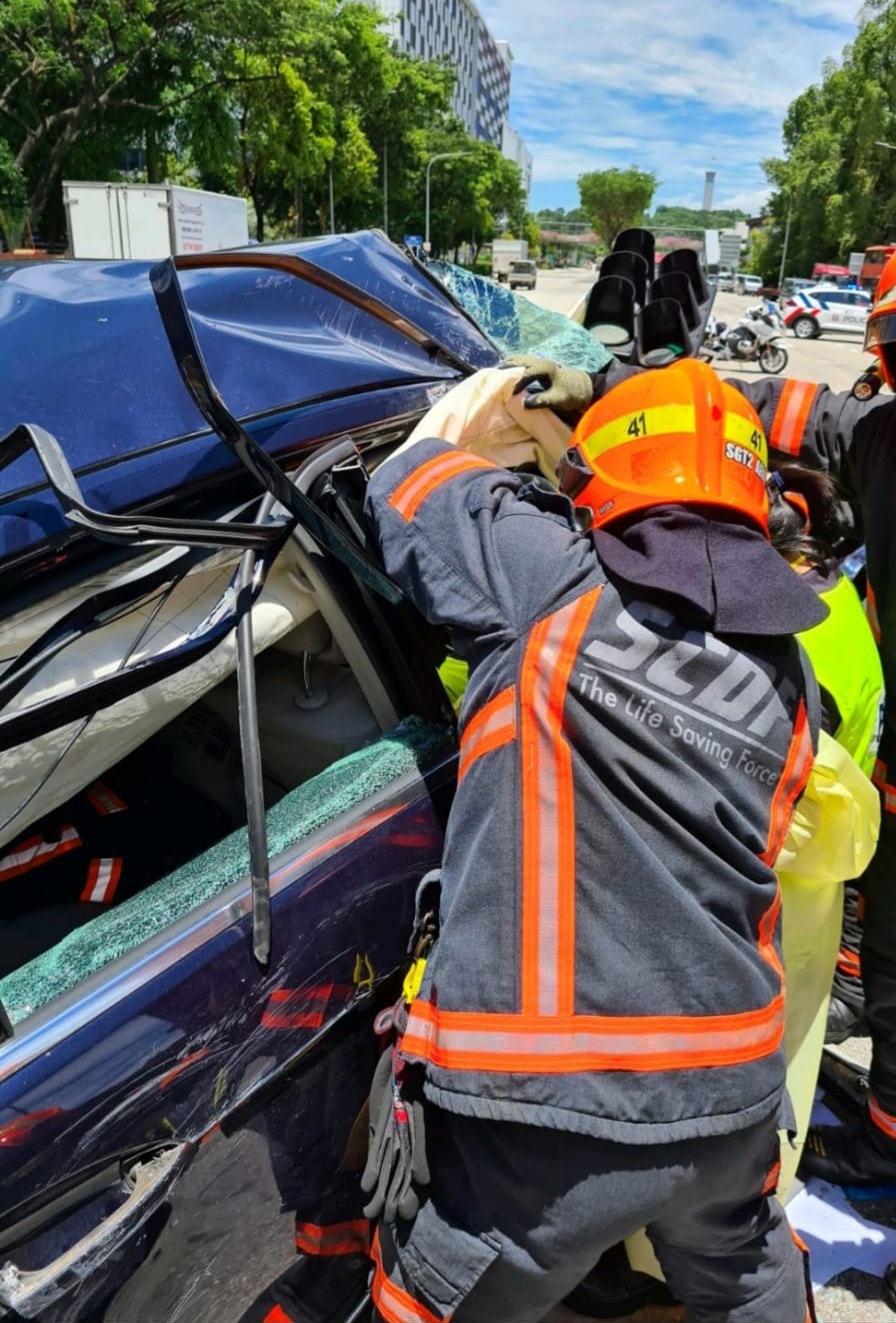 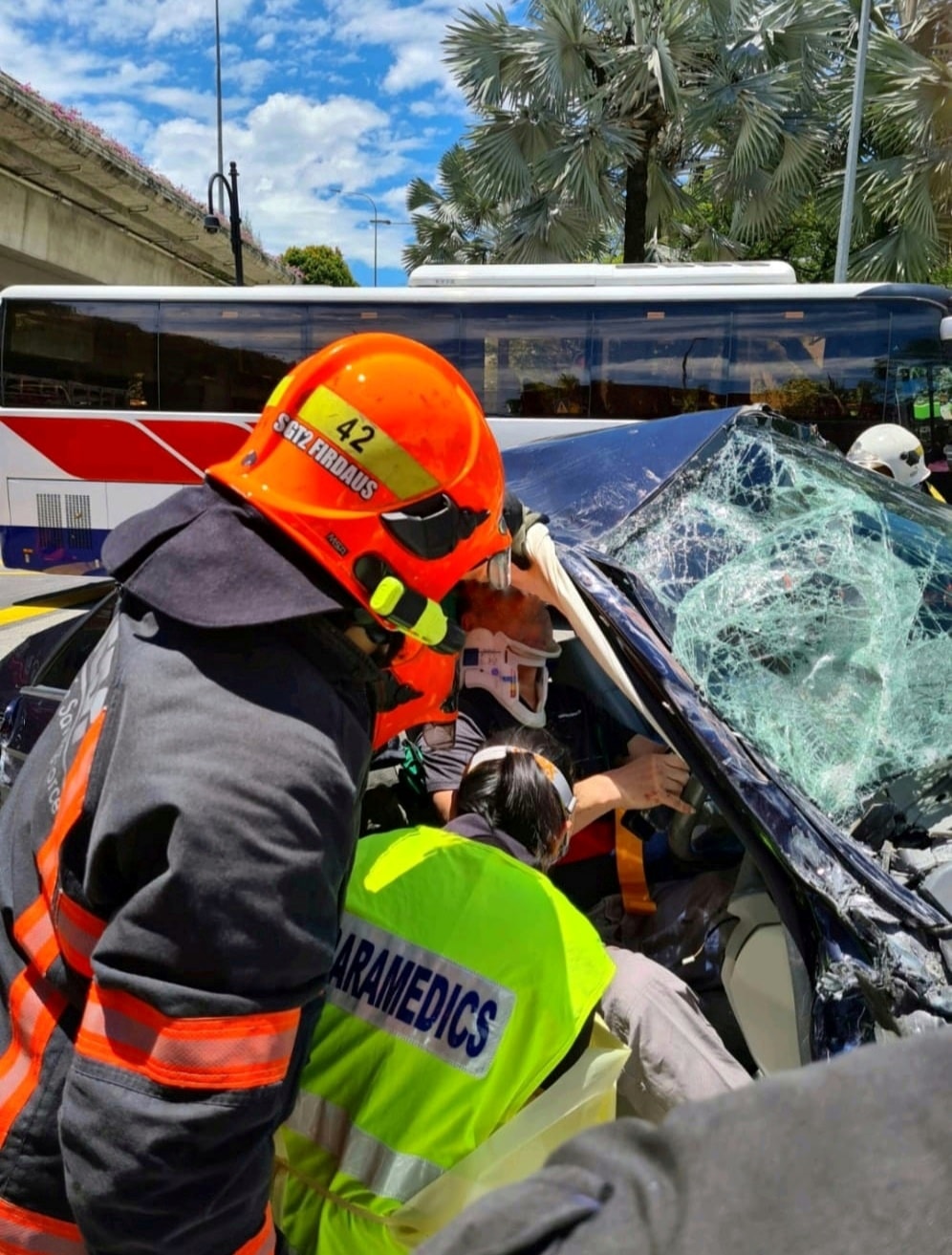 Paramedics later took him as well as 2 passengers from his car to the nearby National University Hospital (NUH).

On Tuesday (12 Oct), a netizen issued an appeal for information on behalf of his friend, whose father is allegedly the driver trapped in the car. 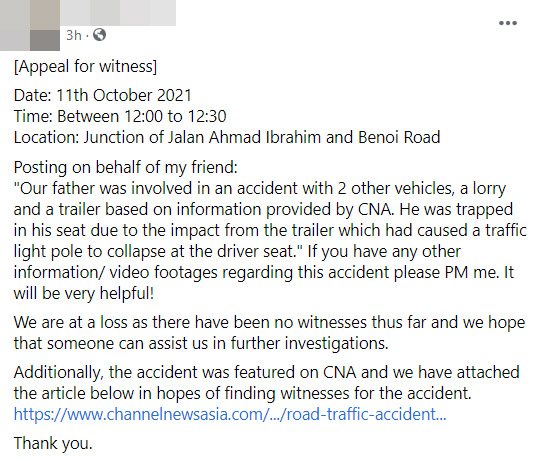 According to him, the driver’s family hasn’t been able to get in touch with any witnesses.

He thus urges those with information or footage of the accident to reach out to him via Facebook.

Hope those in hospital  did not sustain serious injuries

For a traffic light to fall over like that surely requires such a strong impact that translates to the damages the vehicles sustained.

Hopefully, the casualties’ injuries are not as severe, and they can recover smoothly soon.

In the meantime, we also hope that more information about the accident can come to light, so the families involved can get the answers they need.