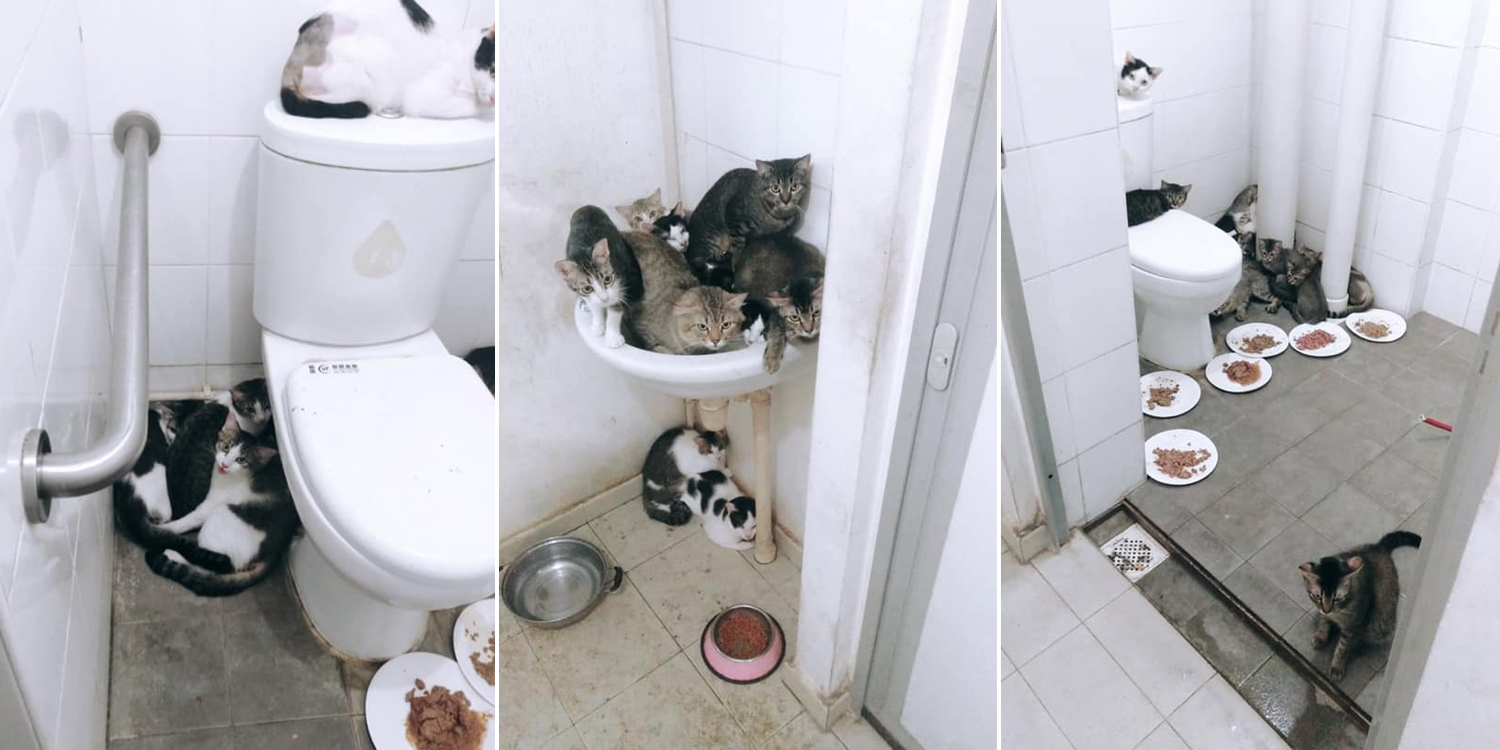 Though our household cats may seem dao and apathetic at times, they are still largely dependent on us, their hooman owners, for survival.

Recently, however, the owner of a clowder of cats passed away, leaving them without a carer. 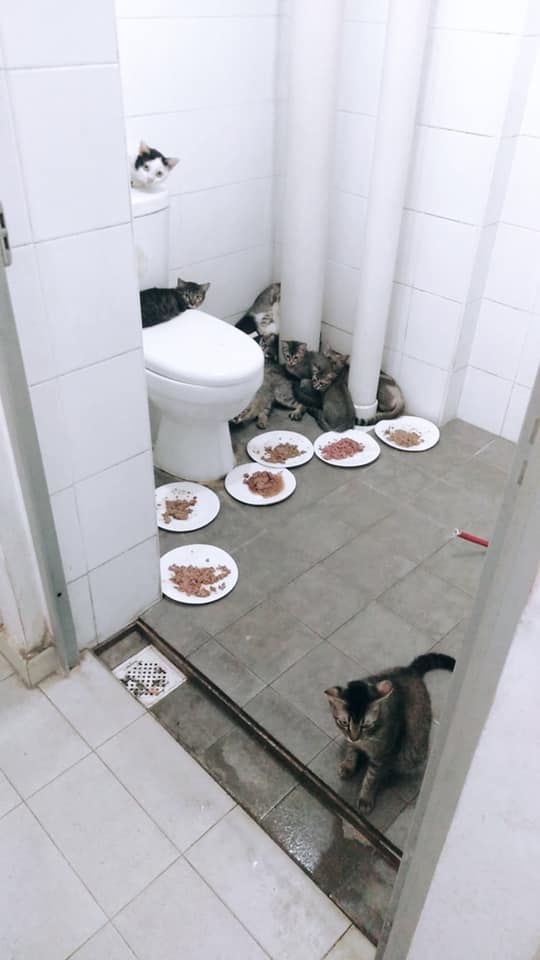 In the early hours of Saturday (6 Mar), a netizen took to Facebook, urgently appealing for pet-related supplies on behalf of the roughly 24 cats. 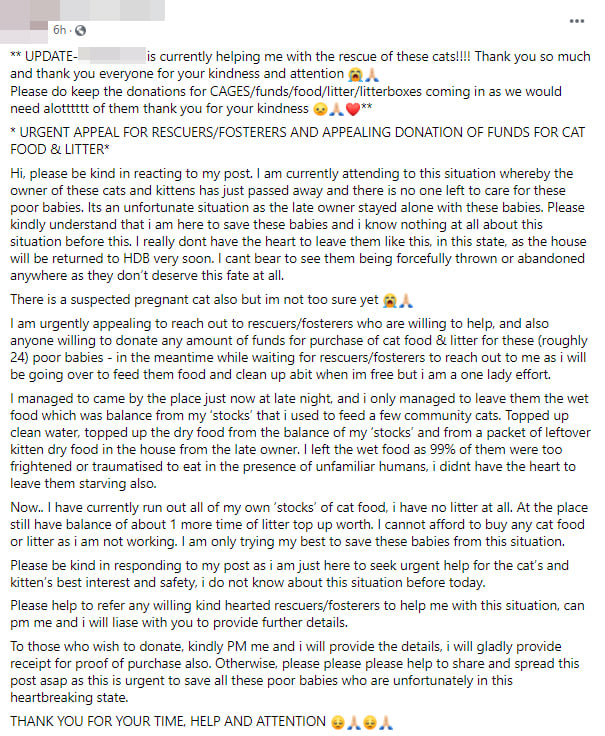 24 cats left without carer after owner passes away

In the Facebook post, the netizen shared that the cats’ owner – who stayed alone with the felines – had recently passed away.

According to her, there were approximately 24 cats living in the house, one of which might even be pregnant. 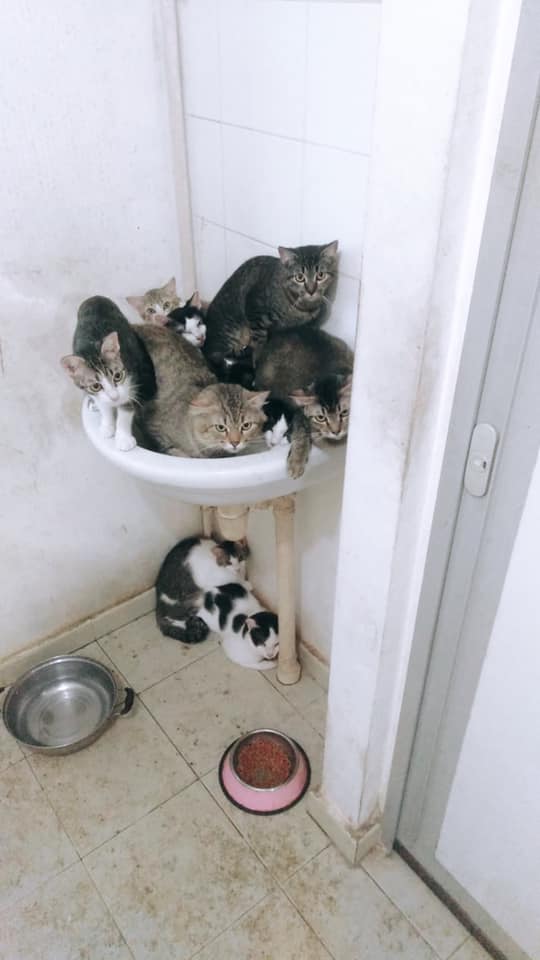 In one of the clips shared on Facebook, at least 20 cats were seen crowding in a corner of what appears to be a toilet. 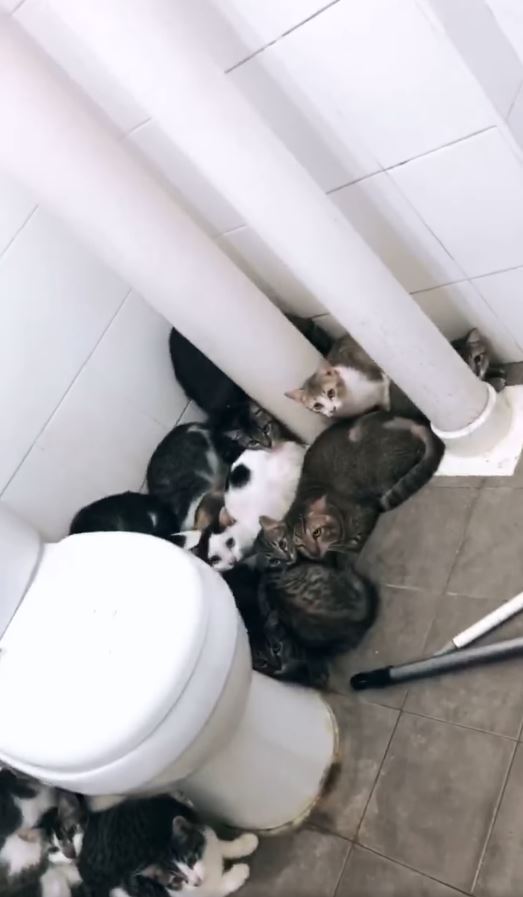 Being a community cat feeder, the netizen happened to have some leftover cat food at her house. However, given the sheer number of cats, she has since depleted her stock. 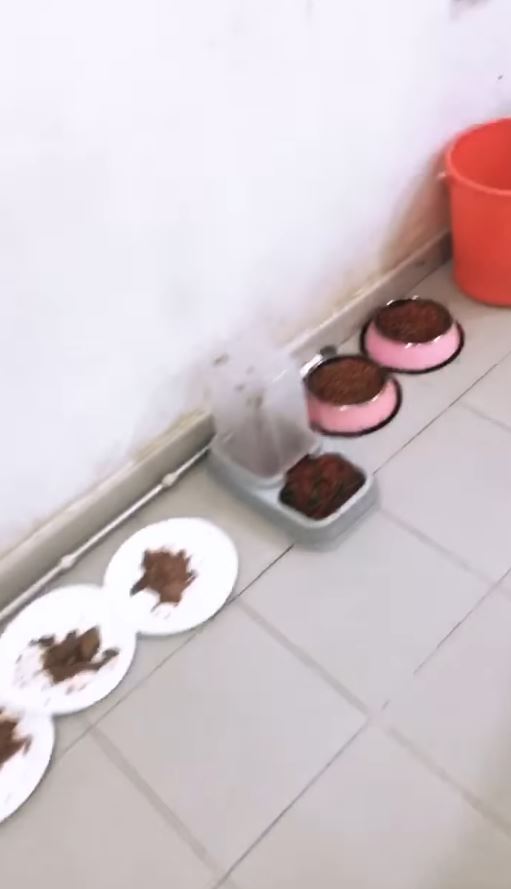 Additionally, there’s an apparent shortage of litter at the house as well.

The netizen added that the HDB rental unit that the cats are housed in would be “returned to HDB very soon”. As such, the cats apparently face an uncertain fate. 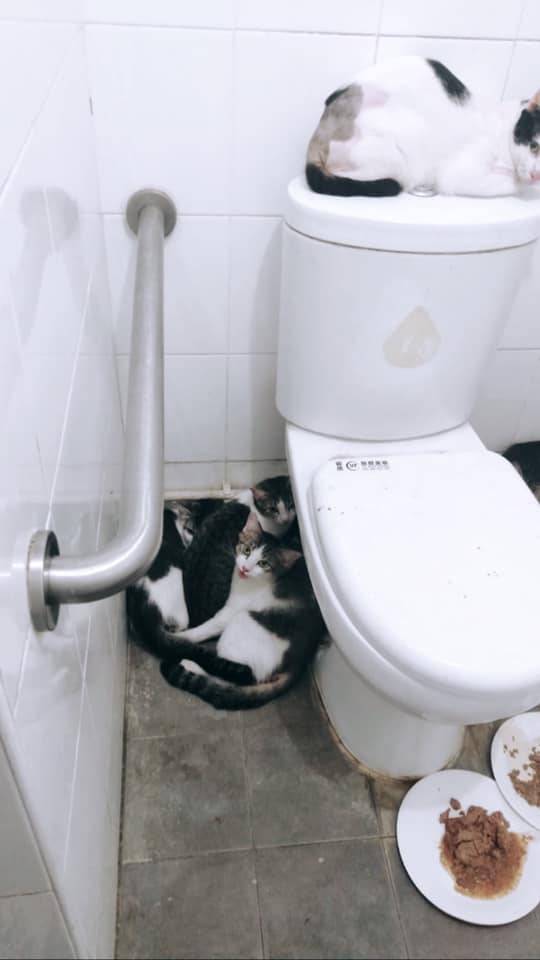 Since then, it appears someone else has already stepped up to assist with the cats.

However, the Facebook user is still appealing for members of the public to donate pet supplies such as cages, food, litter, and litterboxes.

Alternatively, donations in the form of cash are also accepted — the netizen said that she’d provide donors with a receipt as proof of purchase.

Hope the cats will receive the care & attention they deserve

While the owner’s passing is tragic, we are also saddened by the predicament that the cats are in.

We hope they’ll receive the love and care that they deserve soon. After all, that’s likely what their late owner would have wanted for them too.