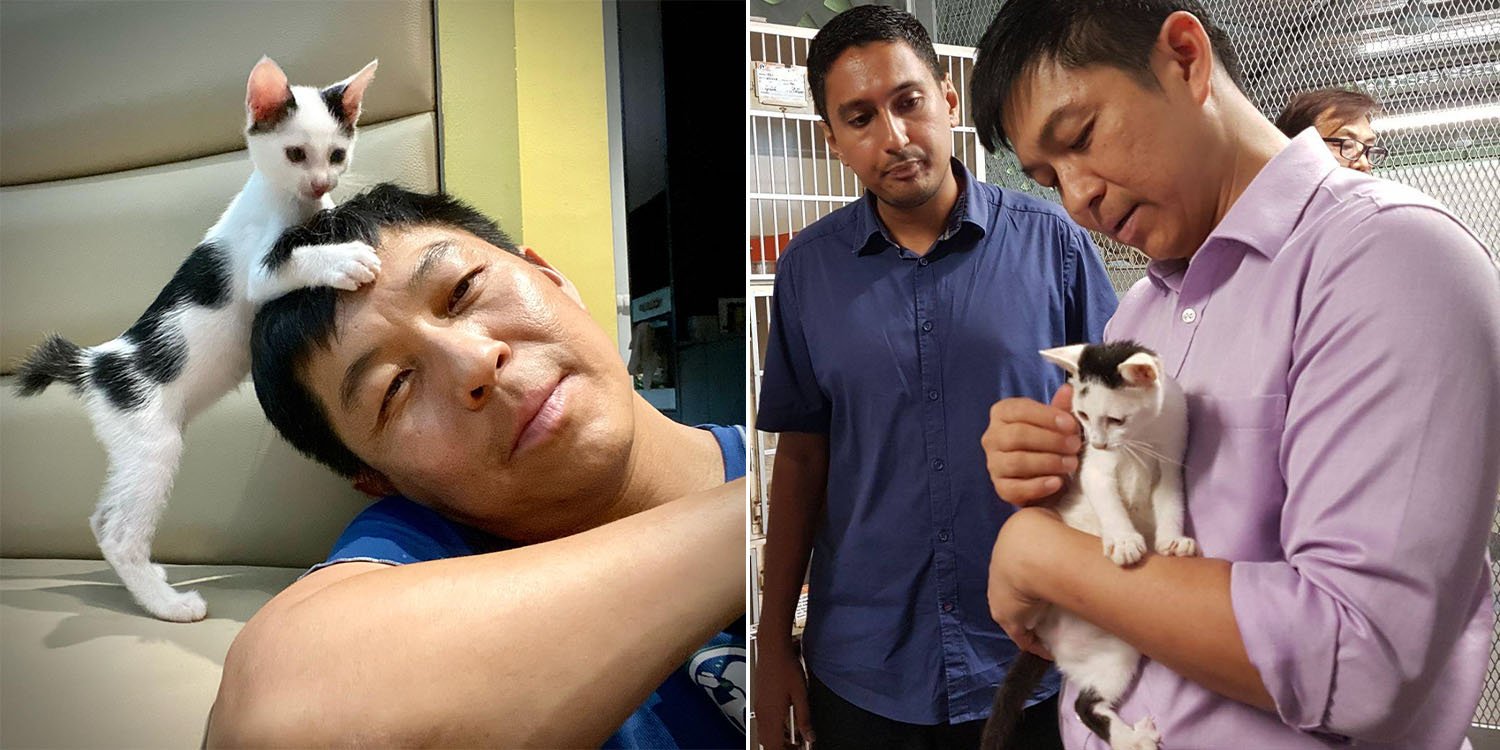 The fight to keep cats in HDB flats has been ongoing for as long as we can remember, and many cat lovers still hold out hope that the authorities can legalise keeping cats in public housing.

And it appears that the cat lovers have at least one man in their camp — the Speaker of Parliament, Tan Chuan-Jin.

He was asked the question of legalising cats in a post on Facebook after he adopted a cat that he named 黑白, or Black/White. 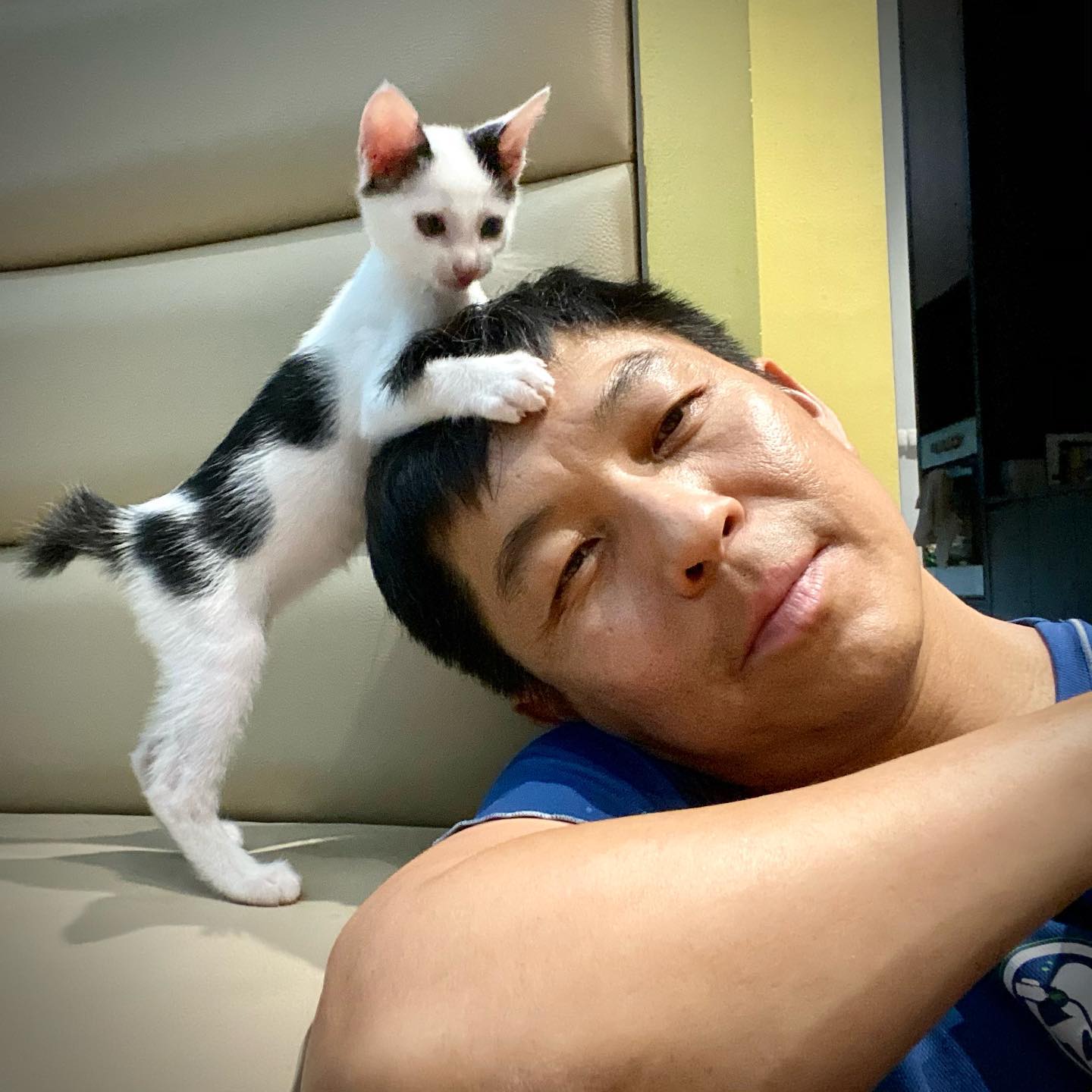 And he said “we” should. We even have the receipts.

Since he said it on social media, it must be true — that’s how the Internet works, right?

Tan Chuan-Jin thinks we should legalise cats in HDB flats

It appears that Mr Tan is a cat-lover, as he picked up an adorably and lively kitten from a friend who found him as a stray. 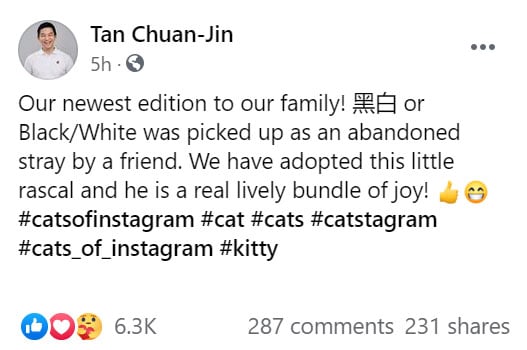 The little furball is apparently a real lively bundle of joy, he says.

A netizen, meanwhile, asked a pertinent question — can our Speaker of Parliament lift the ban on cats in HDB flats?

The answer was positive, although this seems to solely be his personal opinion. 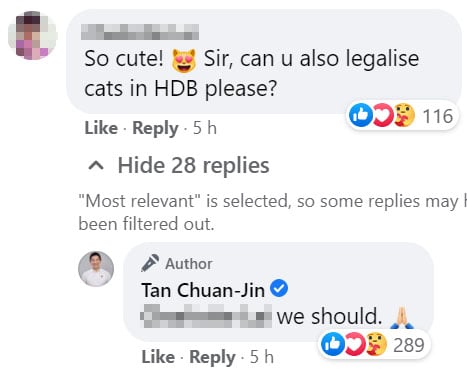 It seems Louis Ng now has at least 2 allies in Parliament, after Workers’ Party and Sengkang GRC MP Raeesah Khan also lent her support to the movement.

Mr Tan’s history with cats go a long way, actually. Back in 2015 when Mr Ng’s famous cat-petting picture went viral, Mr Tan tried to compete with his own cat. 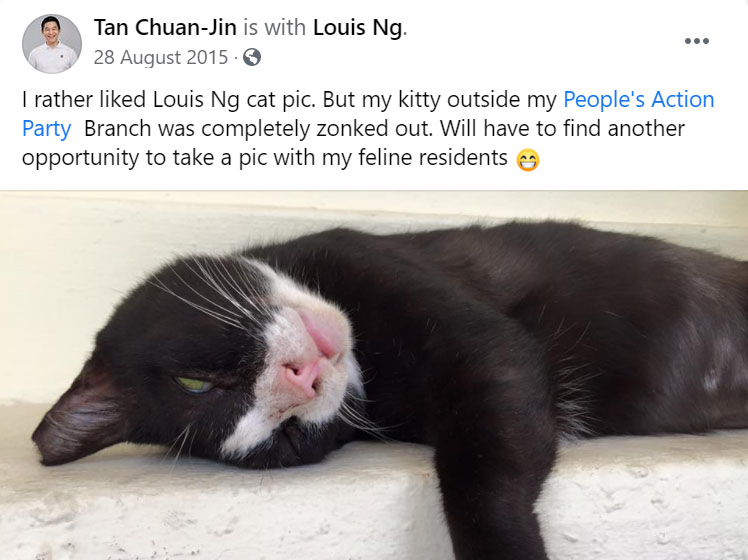 Unfortunately, the feline was enjoying a leisurely nap. Regardless, it proves that he does enjoy cats.

Concerns about cats in HDB flats can be solved: Louis Ng

The battle to legalise cats in HDB flats has been ongoing for years. One of its most frequent advocates is Mr Ng, MP for Nee Soon GRC.

Louis Ng Will Fight For Cats To Live In HDB, Says Concerns Can Be Easily Tackled

But the battle hasn’t been easy, with authorities saying that there are various concerns with keeping cats.

They include caterwauling and the fact that they may leave a mess in public areas.

However, Mr Ng thinks that sterilising them and not allowing them to roam indiscriminately will solve these concerns.

Also, many breeds of dogs are allowed in HDB flats.

More support for cats is never a bad thing

It’s good to know that some MPs are firmly in the furball camp, especially one who frequently interacts with netizens on social media and will have heard their pleas.

Though the concerns are real, regulations can be put in place to avoid the issues that cats may bring.

Certainly, it’s a wish that many would like to see in Singapore, and hopefully the fight is successful one day.