During the morning rush hour, when roads are packed with cars, accidents are more prone to happen.

3 people were injured and 1 was later conveyed to a hospital for treatment.

10 cars in chain collision at ECP towards Changi Airport

At about 9am on Monday (22 Feb), there was an accident involving 10 cars along ECP towards Changi Airport, reported Shin Min Daily News.

Photos of the accident site show the 10 cars sandwiched together on the right most lane, which is often used for vehicles to overtake.

The second car in the collision had a damaged bonnet from the heavy impact. 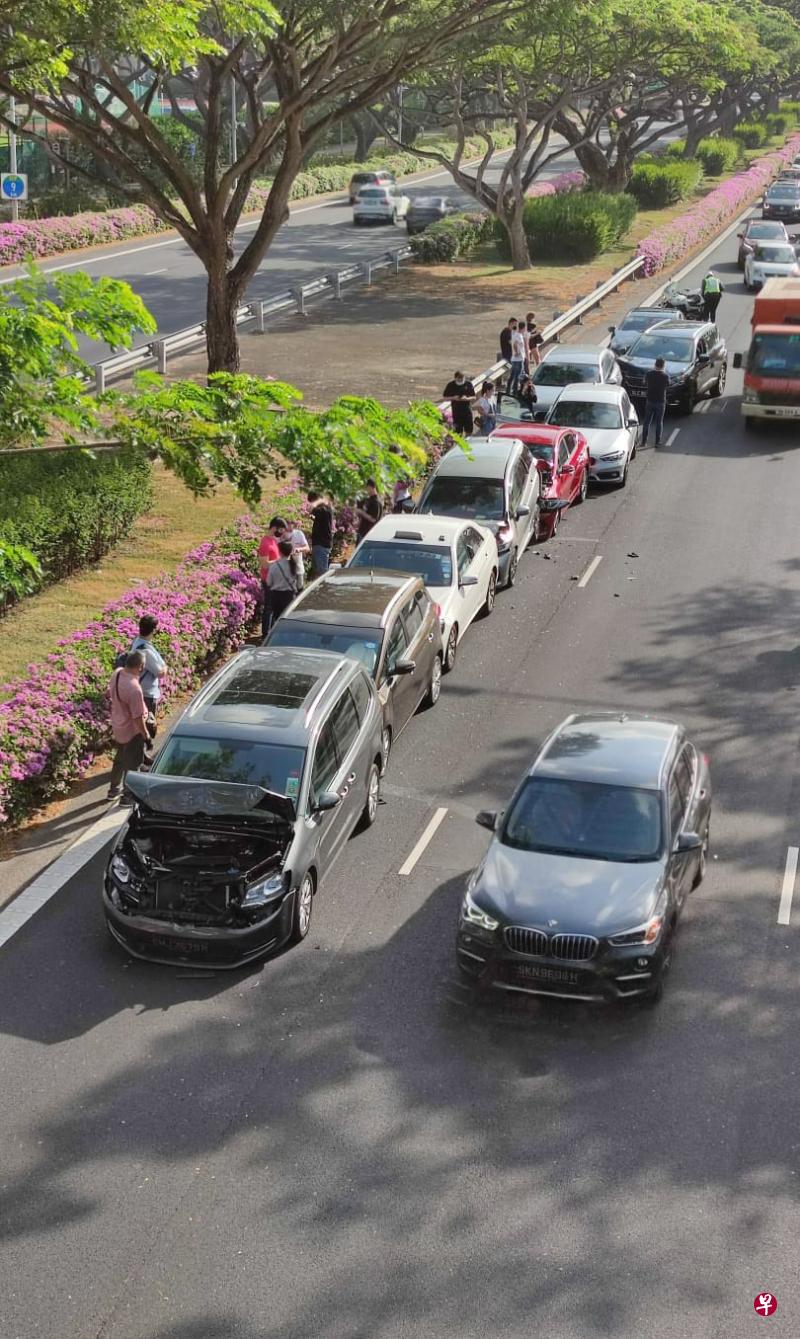 Further down the 10-car chain, the 5th car was hit so hard that its rear ended up resting on the bonnet of the red car behind it. Debris from the car can be seen on the road.

Towards the end of the chain collision, the 9th car appeared to have been entering the lane when the accident occurred, its impact pushing the 8th car slightly off the road.

Around 15 people awaited assistance at roadside

According to Shin Min Daily News, at least 15 people were standing by the roadside  awaiting assistance.

There was no traffic jam following the accident but according to an eyewitness, vehicles were moving slower on the expressway.

Many other passers-by were seen watching the situation unfold from the overhead bridge above the road.

Police said they received a report of the traffic accident at about 9.21am.

There were 10 cars involved in the accident, one of which is a taxi.

The Singapore Civil Defence Force (SCDF) stated that a 47-year-old female driver was conveyed to the hospital while conscious.

2 others were also lightly injured from the accident but did not wish to be sent to the hospital.

Wishing the victims a speedy recovery ahead

Accidents are a constant reminder for all motorists to be responsible and vigilant on roads at all times.

After all, in such a pile-up collision, many people could have potentially been seriously injured. Fortunately in this case, there seems to be minimal casualties.

MS News wishes the 3 people who got injured a speedy recovery ahead.