He's fought his way into the hearts of Singaporeans.

Veteran opposition politician and leader Chiam See Tong has stepped down as Secretary-General of the Singapore People’s Party (SPP), a position he had held since 1993.

Chiam was 41 when he began his political career soon after becoming a lawyer, but his road to get into and stay in Parliament was not smooth-sailing. His time as an opposition politician was difficult, with the PAP frequently making barbed comments about him.

His O-level results were even brought up in public by Lee Kuan Yew. However, despite all that, there is no doubt Chiam will end up in history as one of Singapore’s most distinguished opposition members.

Here are 11 things about Chiam that show how he has weathered the test of time and set an example to other opposition politicians – staying clean and being reputed for his integrity.

Even though Chiam held Potong Pasir for as long as he did, he always said his team were the ones to thank.

However, residents always felt that Chiam was the one who really represented them, as when he left to contest Bishan-Toa Payoh GRC in 2011, the ward immediately fell to the PAP.

2. Was a teacher before becoming a lawyer

After graduating with a Bachelor of Science from the Victoria University of Wellington, New Zealand, Chiam taught in both Pahang and Singapore, the latter in Cedar Girls’ Secondary School, from 1962 to 1972. 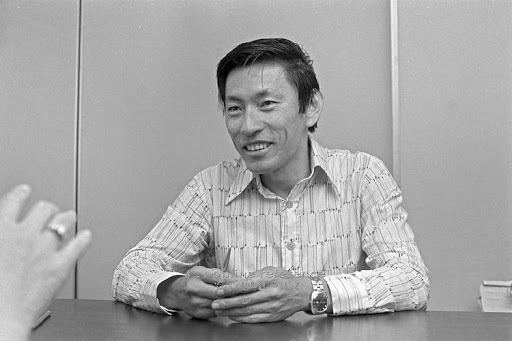 Becoming a lawyer came after – it was a sudden career switch.

3. Felt the need to check the one-party dominance of the PAP

Chiam thought that having a 2-party government was the best way to guarantee security for Singaporeans, as potentially bad policies could be debated.

“Singapore is purportedly to be a democratic country. For that purpose, we have to invite more Singaporeans to join the opposition so they can give more ideas to the government – not only as a check and balance but by giving true, solid ideas”

4. Was unsure about being a politician until he became a lawyer

It was in 1976 that Chiam, having successfully opened up a law practice, had an epiphany to move into politics. This was despite the fact that he had no political experience until then.

Despite almost being persuaded to quit politics after 2 failed attempts, Chiam thought it too important to continue. 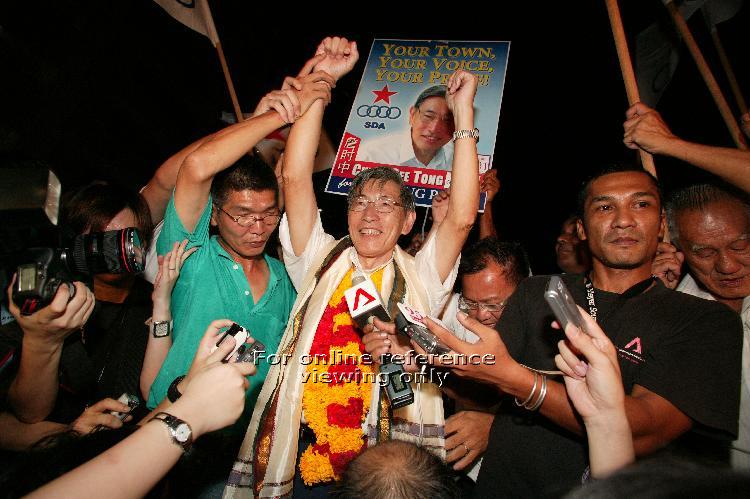 That he persevered for over 40 years in a much harsher political environment than today’s is a testament to Chiam’s determination to uphold the goal of a Parliament with multiple voices.

5. He returned to MP duties just 2 weeks after suffering a mild stroke in 2008

Politicians being unable to leave their work for long is not an uncommon sight, but despite Chiam’s advanced age, he was unwilling to leave his residents without an MP for longer than 2 weeks.

Potong Pasir still resembles a kampung in many ways, and Chiam was their village chief.

6. He argued against the Graduate Mothers scheme in Parliament as he felt it was elitist

The Graduate Mothers scheme was introduced by Lee Kuan Yew and became controversial, as it was seen as elitist and a form of population control.

Chiam wanted to enter Parliament partly to debate specific policies, which were unopposed until both he and J.B. Jeyaretnam were elected.

The PAP would end up abandoning the controversial scheme in 1985, in part due to public unhappiness and politicians like Chiam being able to debate the issue in Parliament.

That is a whopping 44 years they’ve been married, many of which have been spent supporting her husband in politics. Lina Chiam herself entered as an election candidate in Potong Pasir in 2011 to allow Chiam to contest in the Bishan-Toa Payoh GRC. She famously uttered an immortal line when interviewed by reporters immediately after Chiam’s capture of Potong Pasir SMC in 1984:

“Let the people have him!”

8. Earned the respect of both Lee Kuan Yew and ESM Goh Chok Tong

Chiam frequently battled the PAP in Parliament, having to withstand jabs from the likes of Lee Kuan Yew and Emeritus Senior Minister Goh Chok Tong. However, he held his ground and never wavered, and they share mutual respect for each other.

Chiam paid his respects to LKY at his funeral in 2015.

LKY and Chiam never actually met until 1984, after the latter won Potong Pasir.

During their first meeting, Chiam recalls LKY saying “I’ll see you in Parliament”, but he did not think of that statement as cordial. 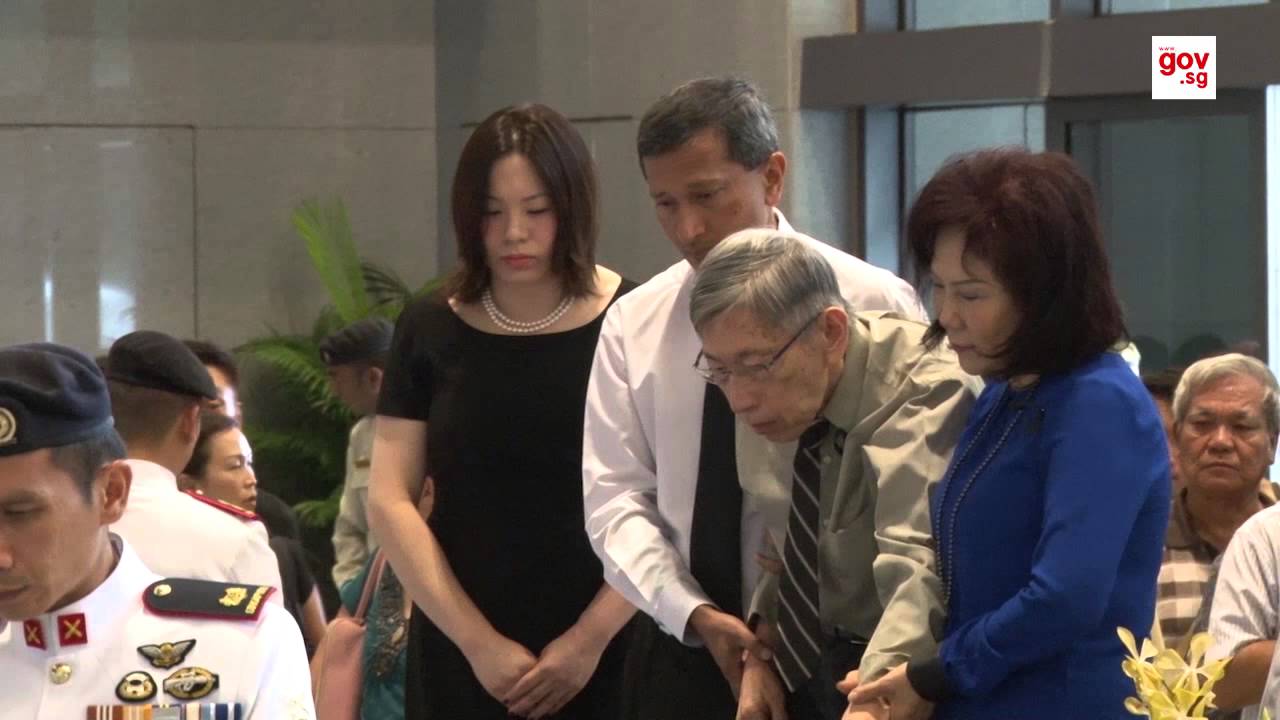 Regardless, Chiam speaks highly of LKY, and ESM Goh has publicly called him a “friend”, attending a fundraising dinner for the Chiam See Tong Sports Fund in Aug 2019.

Chiam’s years in Parliament may have been difficult, but his years of fighting for Singaporeans have not gone unrecognised, even by his opponents.

9. Conducted his Meet-The-People sessions at a void deck

Meet-The-People sessions were held in void decks as there was no office. Regardless of the conditions, Chiam always listened to each residents’ worries, and they repaid him with their vote at elections. 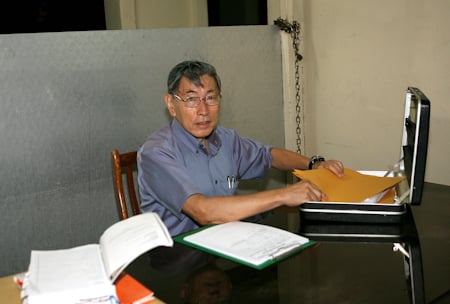 It proves that one does not need a fancy environment as long as they have the heart to listen.

10. He came from a lineage of revolutionaries

His late grandfather Chiam Seng Poh fought the Qing government as a revolutionary with Dr Sun Yat Sen, but Chiam mentions in an interview with biographer Loke Hoe Yeong that he thought his grandfather had played a smaller role than what he was told.

In his own way, Chiam revolutionised the way opposition politicians were seen in Singapore – they did not have to have a bad reputation.

11. Has the distinction of having a PAP leader apologise to him

Chiam sued S. Dhanabalan, Singapore’s then-Foreign Minister for calling him “a two-bit lawyer orchestrating a three-piece band whose members only appear once every four or five years.”

His reward was an apology in public as well as a S$7,000 settlement out of court.

Till date, Chiam remains the only opposition member to receive this treatment.

Stepping down, but not end of the road for SPP

Chiam decided to contest a GRC in 2011, leaving the safety of Potong Pasir to do so. While he failed and sustained a hip injury in 2013 which has left him confined to a wheelchair, Chiam has continued to attend events and contribute to Singapore, setting up the Chiam See Tong Sports Fund

The SPP, meanwhile, is undergoing a process of leadership renewal. In a post-CST era, will Singaporeans remember the efforts of Chiam in the next election? One wonders if the SPP members can stand on their own without the veteran leadership he has provided over the past 40 years.