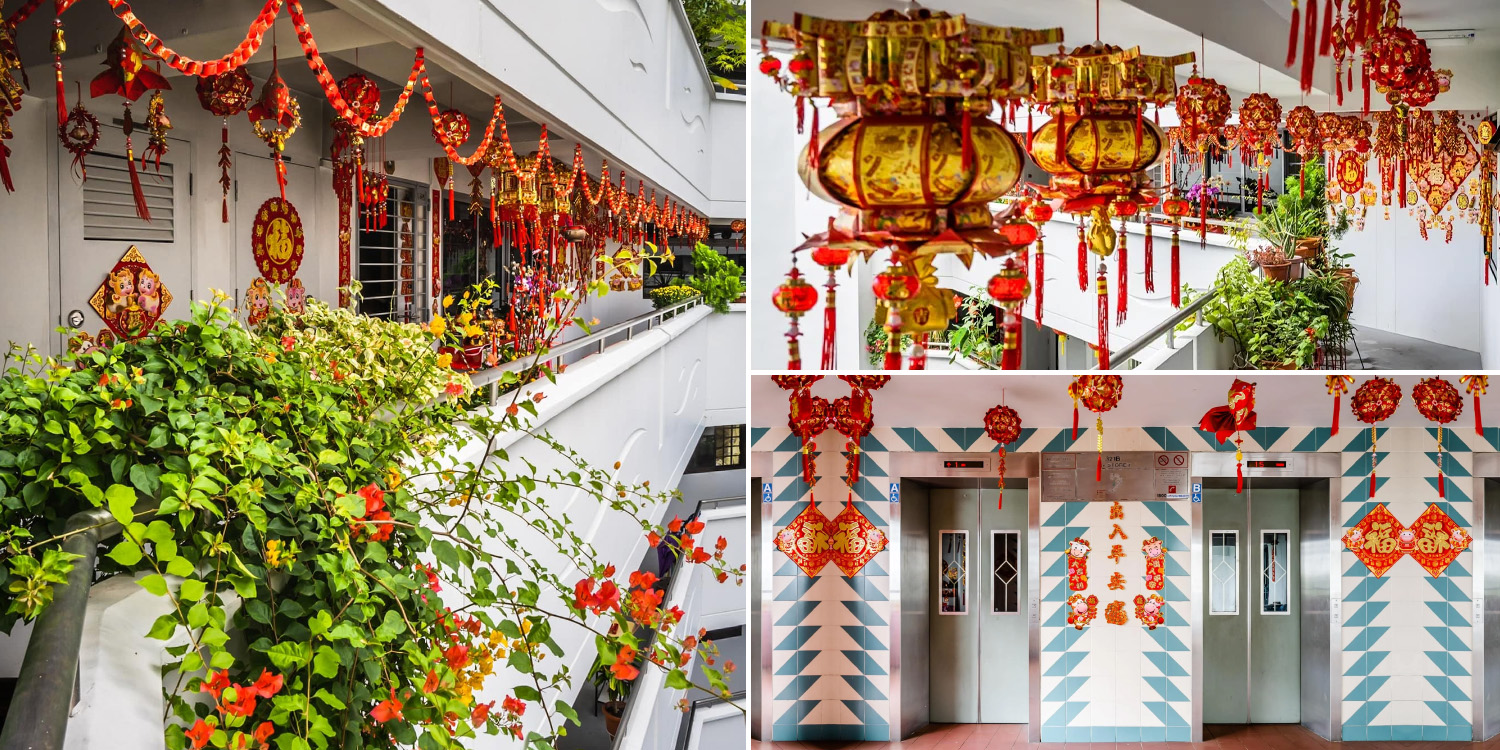 Chinese New Year (CNY) is just around the corner and many are heading to Chinatown, hoping to shop and soak in the festivities.

For some residents at Sengkang, it looks like there’s no need to make the trip down thanks to one spirited, artistic neighbour. 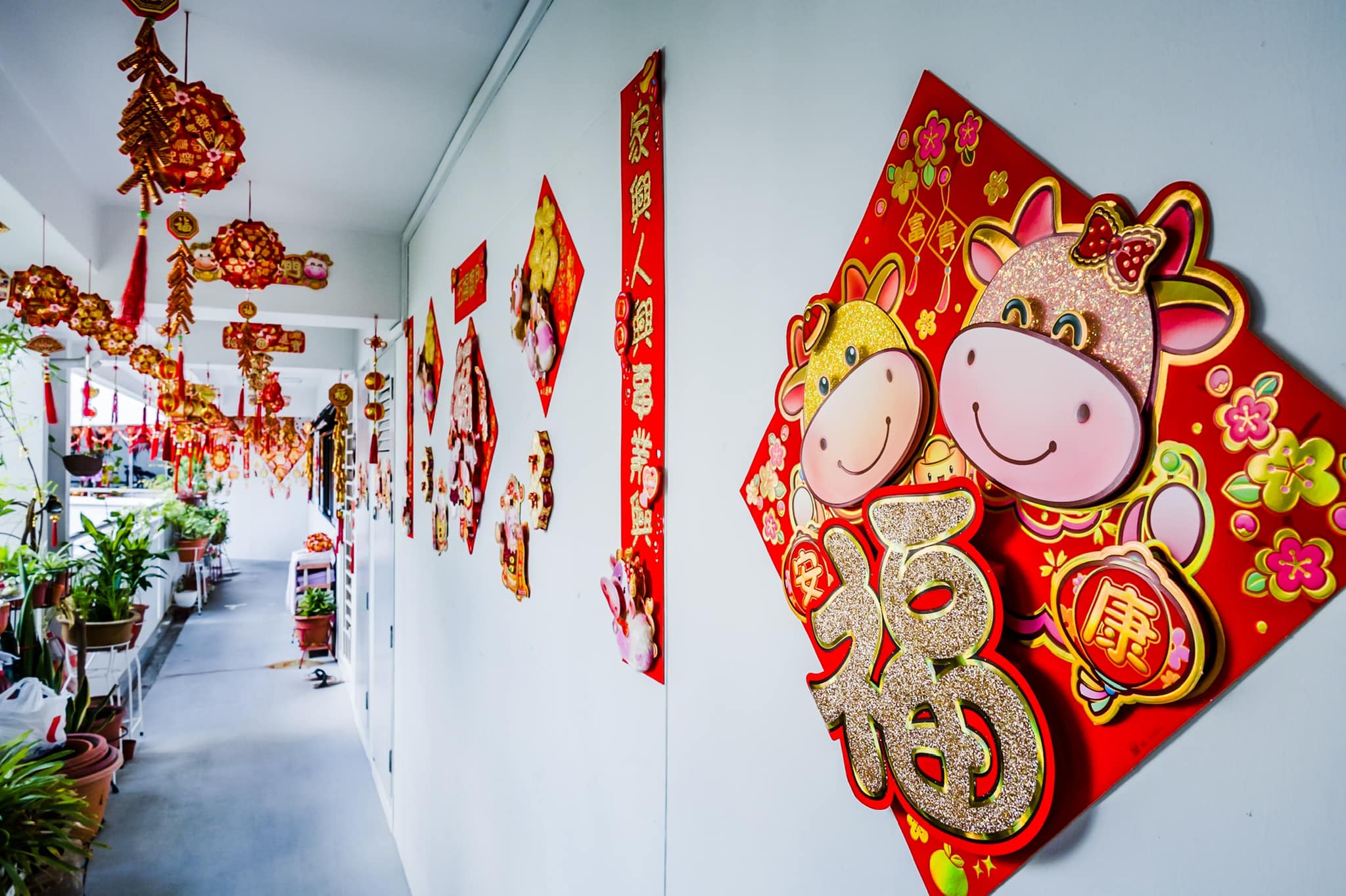 On Saturday (6 Feb), a photographer called Javan Ng shared photos of CNY decorations that his aunt Jessie, who lives in Sengkang, has put up along her HDB corridor.

She had even personally crafted many of the ornaments, such as paper lanterns, using red packets.

Here’s a closer look at how her masterpieces add to the festive cheer at her HDB corridor.

Apart from spring cleaning, part of CNY preparations involve decorating the house with little trinkets, ornaments, and calligraphy writings to ring in the new year.

Auntie Jessie decided that she was not going to stop there. She wanted to spread the festive joy to her neighbours too. 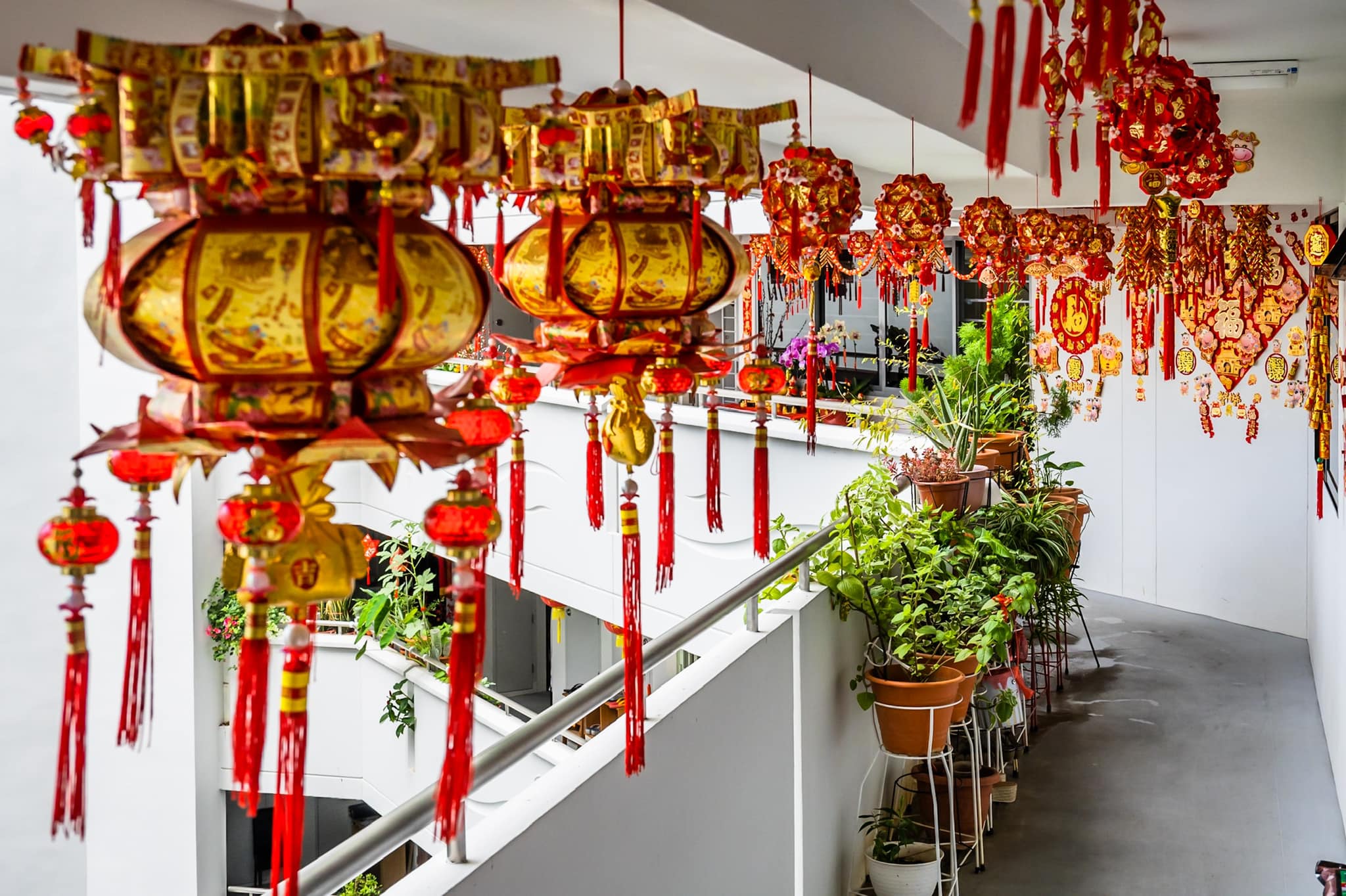 The Sengkang resident spruced up the entire corridor with intricately designed lanterns and streamers made of red packets. 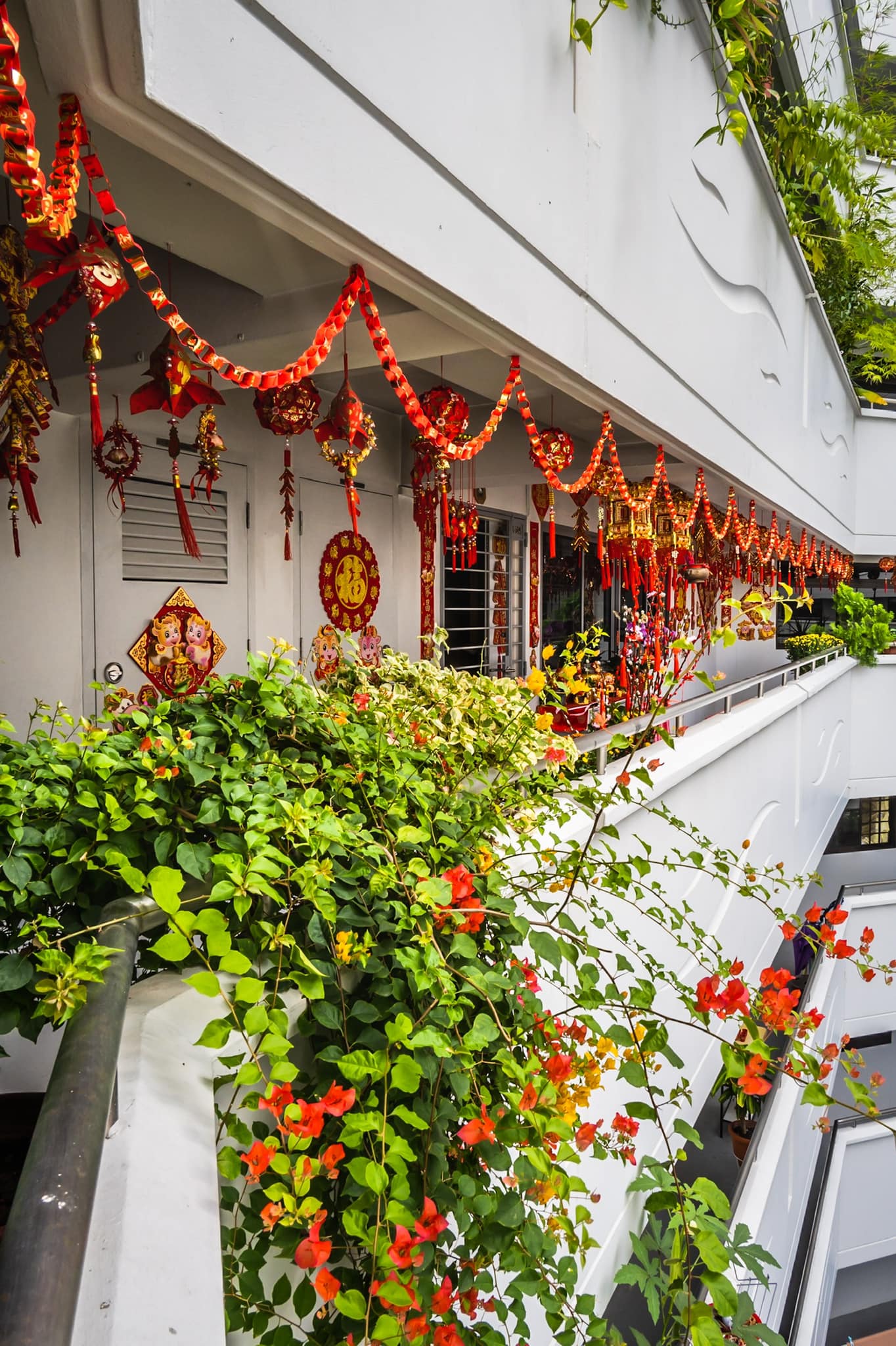 The combination of decorations and pots of flowers is certainly a sight to behold. Your CNY family photos would easily look more huat with the array of decor in the background. The lift lobby is also decked with beautiful paper lanterns and auspicious greetings. 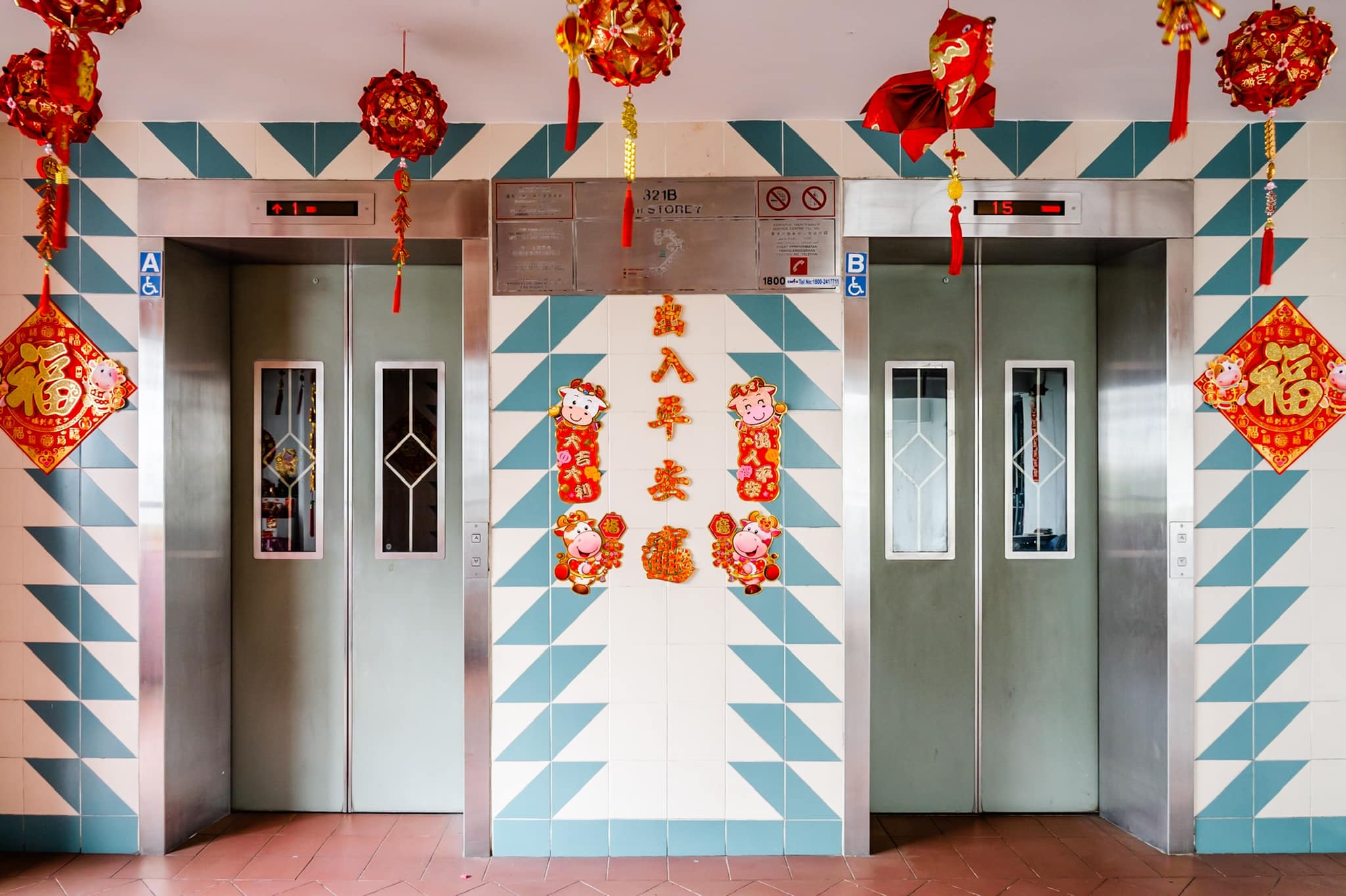 At the common stairwell, she hung lanterns, pasted posters, and neatly draped streamers in rows. 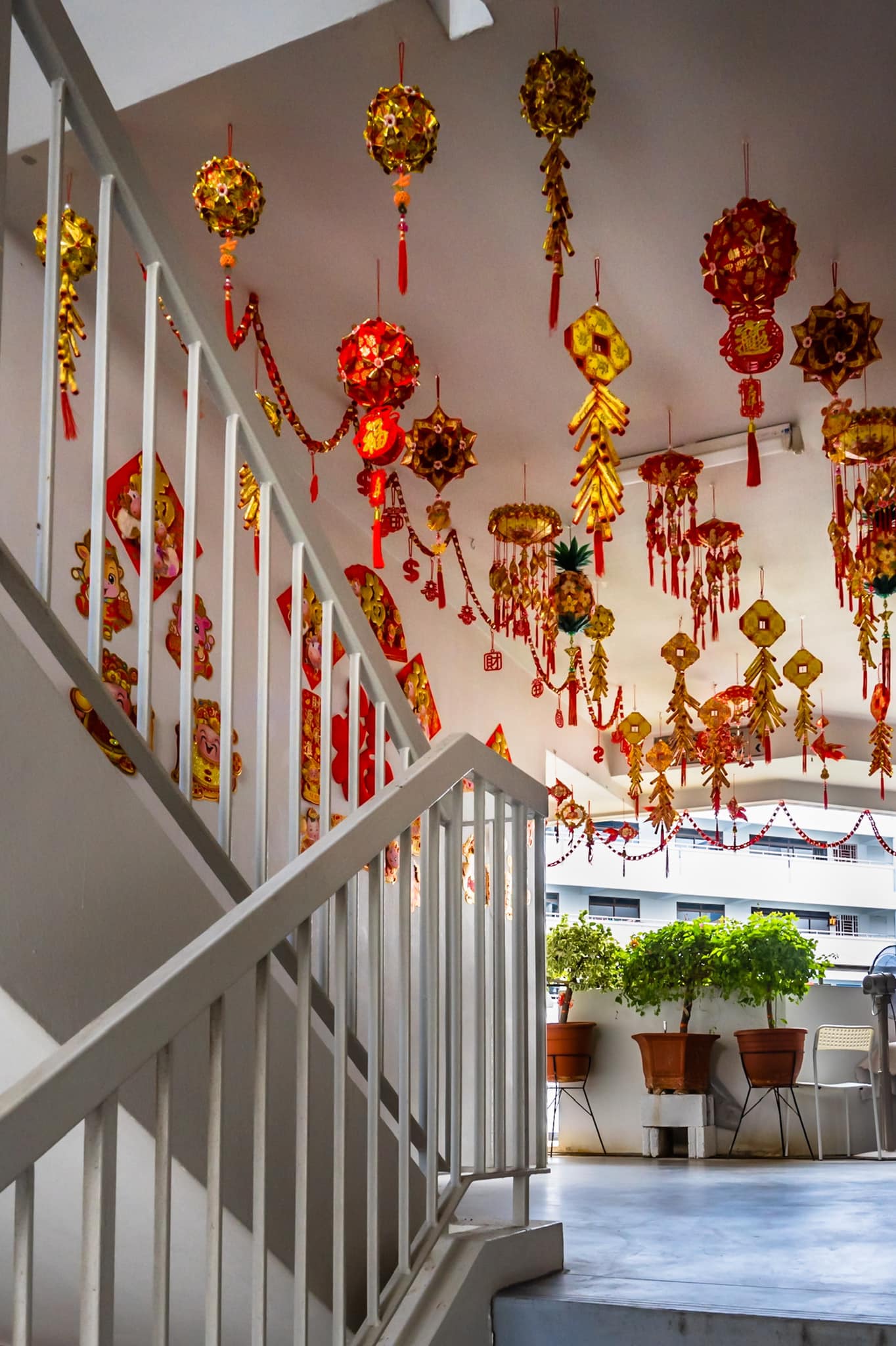 The hours of hard work and effort behind her detailed decorations were clearly evident. 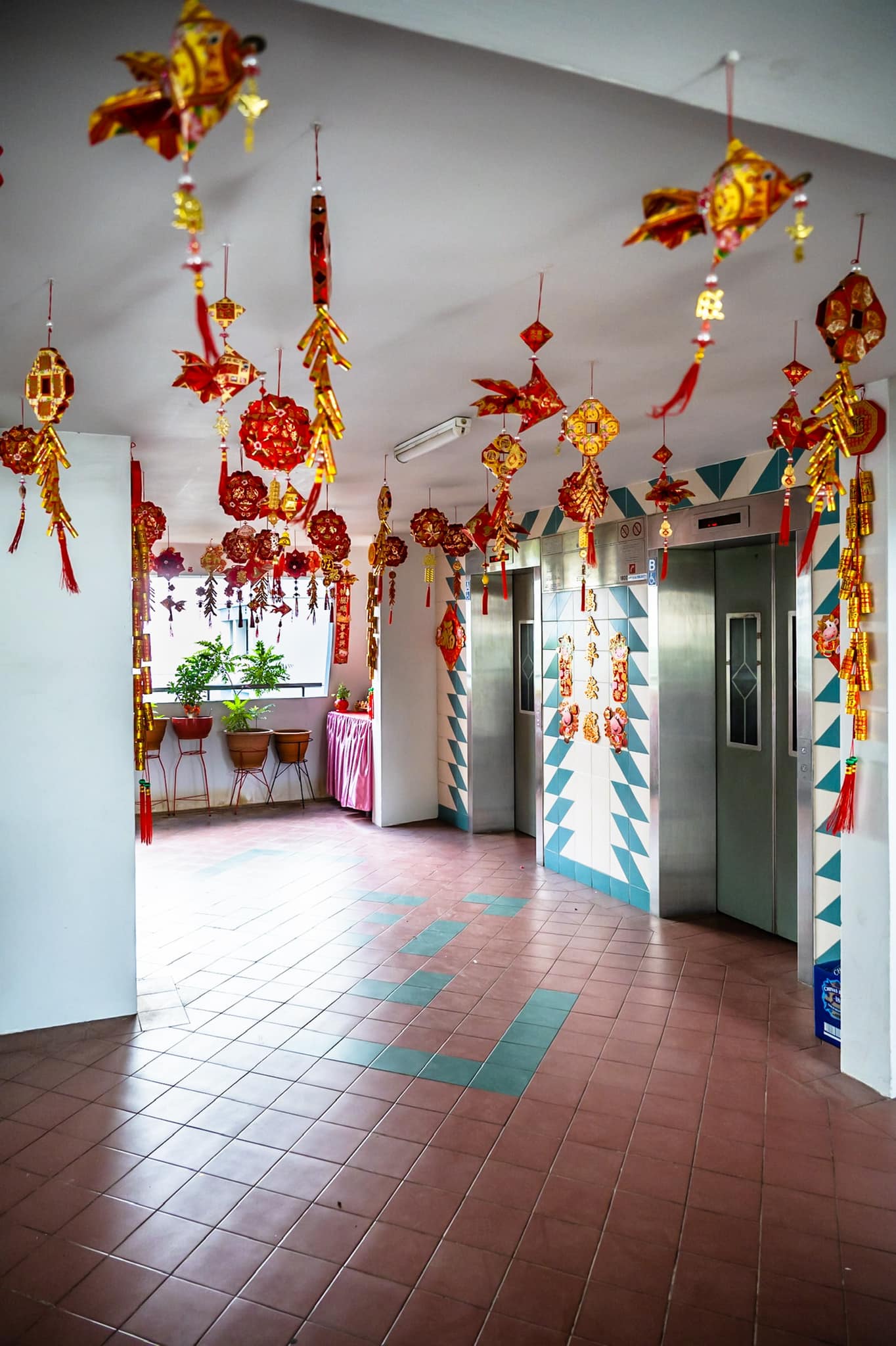 The decorations are so elaborate, that you can easily spot Auntie Jessie’s floor from afar. 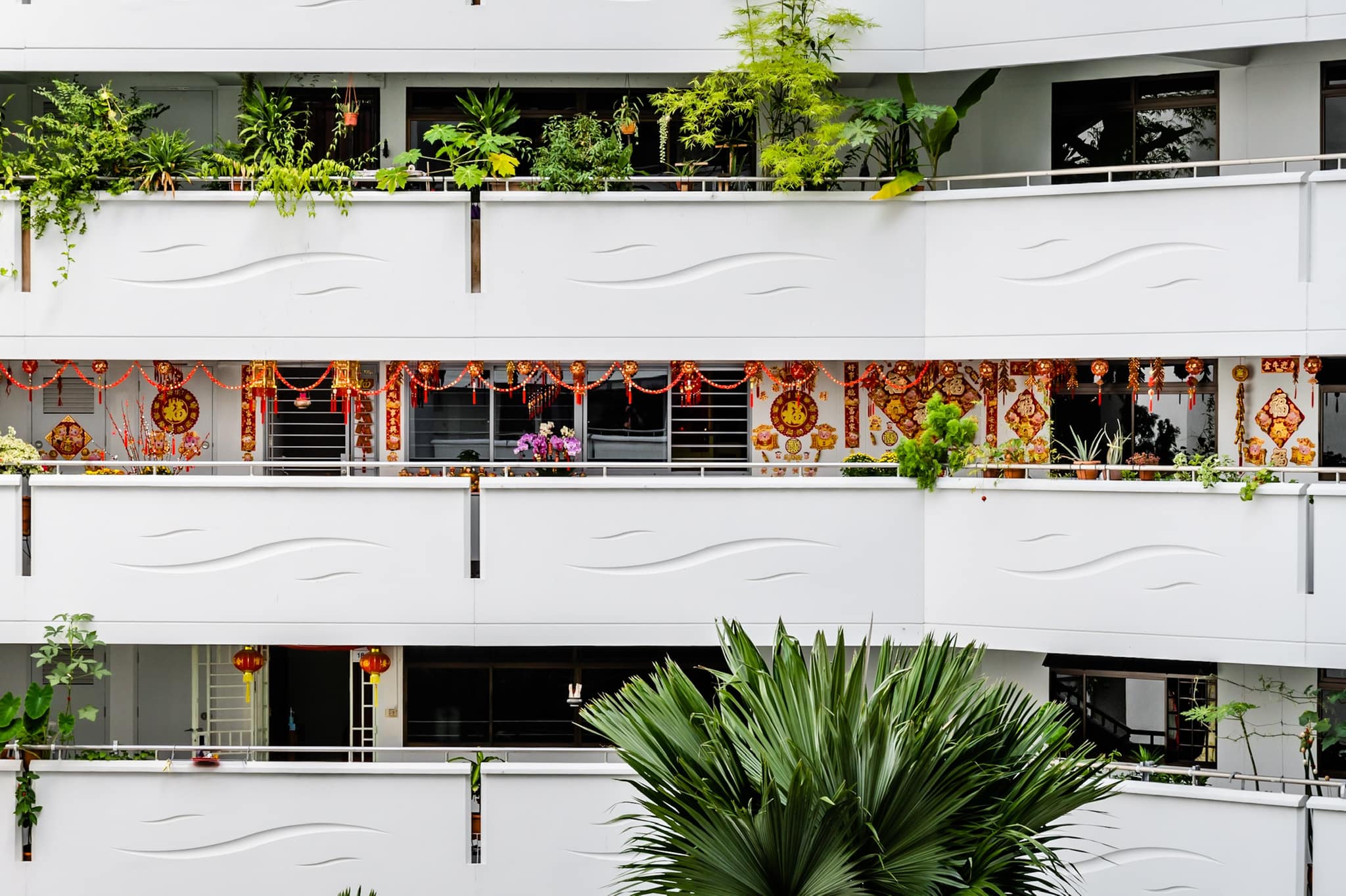 Took over 2 to 3 months of preparation

Speaking to MS News, Javan shared that his aunt wanted to do up the decorations to bring festive vibes to her neighbours. She has apparently been doing this for years now.

The Sengkang housewife took over 2 to 3 months to prepare the decorations. 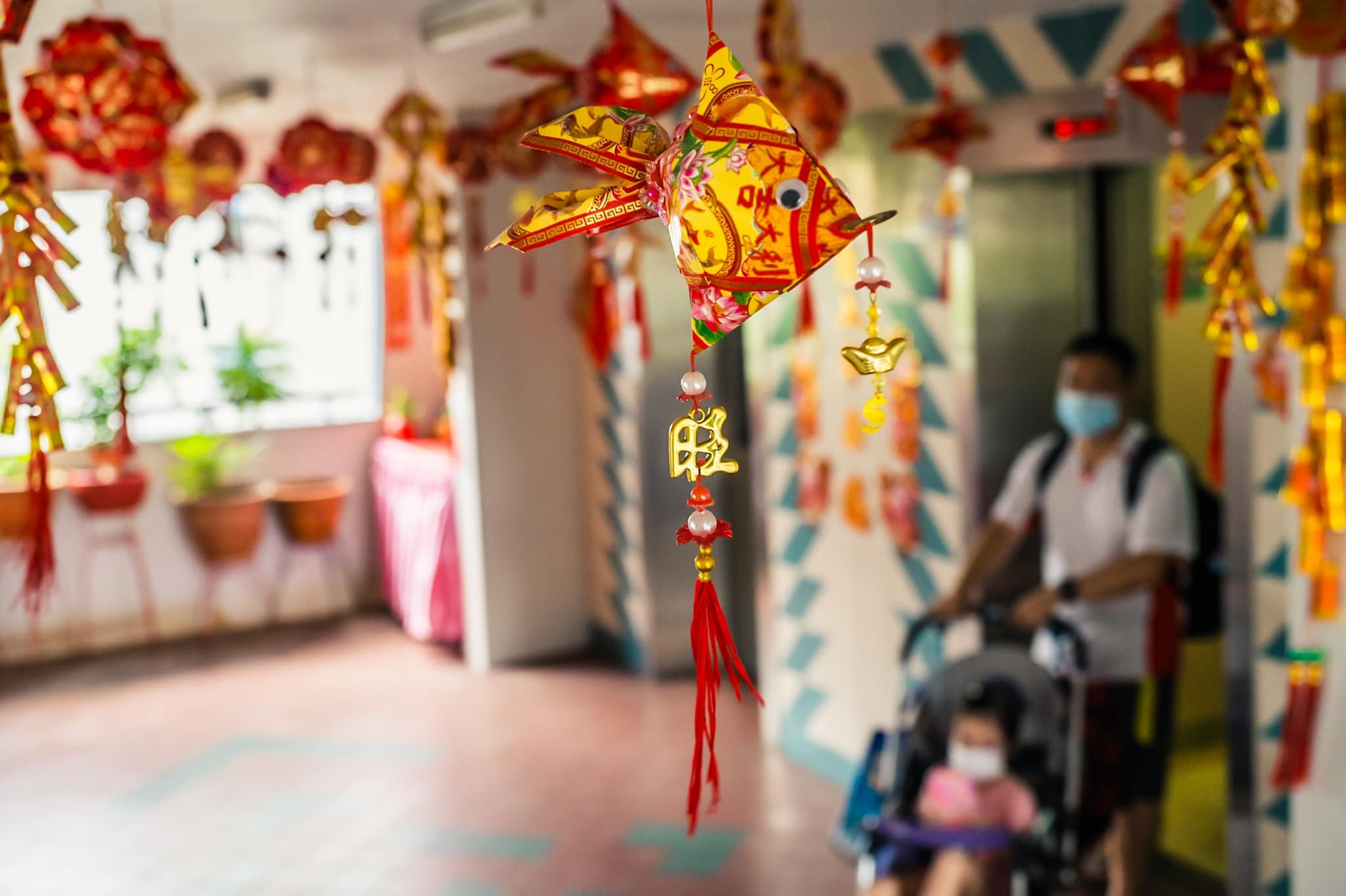 Even a small lantern would take her at least an hour to craft, while the more massive and complex ones took her almost a week each.

Kudos to her for spreading the festive joy

Kudos to Auntie Jessie for sharing her creations and decorations with her neighbours.

We can’t imagine the amount of time, effort, and money behind making and putting up all the decorations along the entire floor.

She certainly embodies the festive spirit of CNY and shows us that while it may be somewhat of a muted affair this year, we can continue to find joy and celebrate the holiday with those around us like our neighbours.