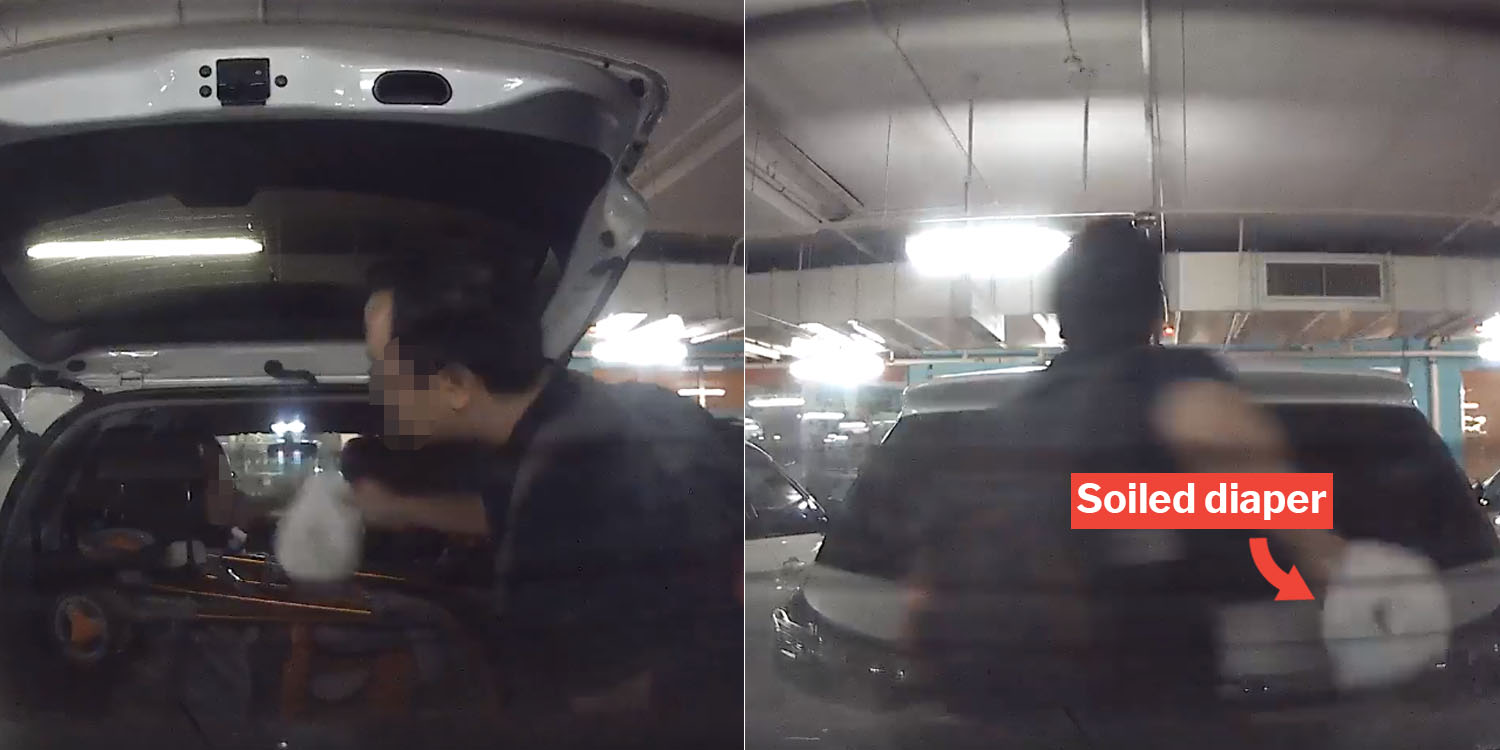 Man Throws Dirty Diaper On Nearby Car And Drives Off

Hold a child’s dirty diaper up to someone and they’d immediately pinch their nose and turn away in disgust.

None of us wants to smell, let alone touch soiled diapers, but not to the extent of flinging one away randomly and running off.

Unfortunately, a man allegedly did just that at the Tampines Mall carpark on Saturday (24 Aug). And the victim of the diaper missile was an unlucky car parked just behind his.

Appalled by the incident, the car owner shared dashcam footage of the incident on Facebook, and has reported it to the National Environment Agency (NEA).

The first thought some of us probably have is that the man may have placed the diaper on the stranger’s car momentarily and forgot to pick it back up.

But his swift actions in the full video below seem to indicate otherwise.

After keeping his child’s stroller safely in the car boot, the man reaches for a soiled diaper that a lady, presumably his wife, handed over.

He holds it in his hand as he shuts the back door, before casually flinging the dirty diaper behind him and onto the neighbouring car.

He then makes his way to the driver’s seat, but not before stealing a few suspicious glances around as though looking out for anyone who had caught him in his act.

Man drives off after doing the deed

Once safely behind the wheel, he wastes no time in driving off, leaving the dirty diaper in full view of the car’s dashboard camera.

Luckily for the car owner, his dashboard camera missed no detail of the bizarre incident.

Understandably upset by the stranger’s unpleasant actions, the owner, Mr Lee, claimed that he reported the incident to NEA.

While many of us will naturally be angry, we shouldn’t take matters into our hands and try to track the man down and defame him. Doxxing is, after all, illegal.

Let’s hope that NEA responds to Mr Lee’s report soon, so they can settle the issue privately.

For the rest of us, we’ll just hope that nobody decides to throw a dirty diaper on our vehicles. 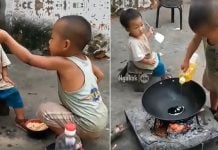 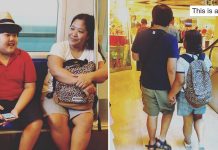