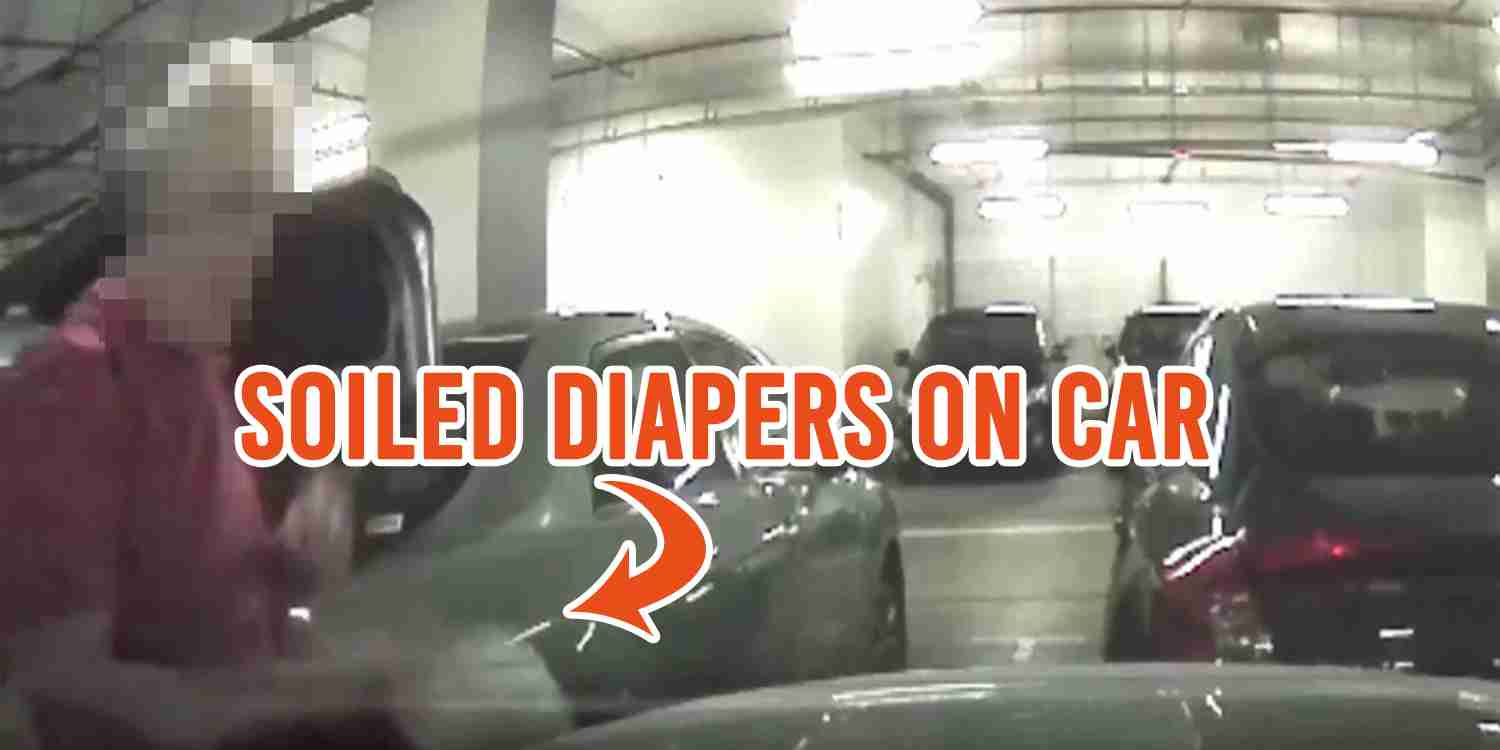 While most of us understand the phrase “throw shit” in a metaphorical sense, the phrase took on a more literal form in a recent viral video that involved soiled diapers.

The footage was uploaded onto Singapore Facebook group, ROADS.sg on Monday (24 Sep), and was shared 1,400 times as of the time of writing.

Alternatively, we break down the events after the jump.

The video starts off with a car reversing vertically into a parking lot at VivoCity’s basement carpark.

A Caucasian man in red is then seen retrieving items from the car’s rear boot.

He grabs a white object, fumbles with it, and conveniently places it on the hood of an adjacent car where the footage was shot from.

The white object, as it appears in the video, was a bundle of soiled diapers.

The video then speeds up to the latter part of the day. The same elderly man in red was seen carrying a baby accompanied by a lady – presumably his wife – pushing a stroller.

The lady comes close to the set of soiled diapers that was still lying on the hood, but did not bother to remove it.

The person who uploaded the video slammed the couple for their actions, deeming them uncouth and “an embarrassment”.

Needless to say, the unfortunate car owner had to literally clean the shit up himself. Poor guy.

The video stirred up angry sentiments from netizens who flooded the video’s comments section.

Worryingly, quite a number of these comments were xenophobic in nature.

This netizen aptly pointed out the ridiculousness of blaming the man’s actions on race or the government.

Another netizen wondered if anybody was going to identify the elderly man, presumably to embarrass him.

One eagle-eyed netizen thought the car owner deserved having the diapers on his car, since he took up two parking lots.

This punny netizen thought the events can be summarised in just 2 words.

Though the video is pretty damning evidence at the man’s ‘misdeeds’, we should practice caution before condemning the man for his alleged actions.

What’s your take on the incident?

Was this an honest mistake on the part of the elderly man, or do we have a serial car diaper dropper on the loose in Singapore? 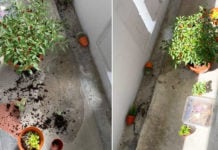 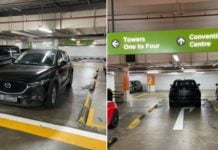