The heroin could feed the addiction of 900 abusers for a week.

The resort island of Sentosa might be famous for its stunning beaches. But when it comes to other substances that come in similarly fine particles like heroin and ‘Ice’, that’s definitely not the case.

Officers seized drugs such as heroin, ‘Ice’, and cannabis worth a street value of S$313,000 during the operation.

According to a CNB press release, a 41-year-old man and a 34-year-old woman were arrested in a hotel room in Sentosa on Wednesday (27 Jul). Both were Singaporeans.

Officers seized various drugs at the location, including:

The next morning, the pair were escorted to their ‘hideout’ located in an undisclosed “private residential enclave” near Shenton Way.

There, more drugs such as the following were found:

In addition to the drugs, a luxury Mercedez-Benz sedan was also seized during the operation. The authorities are currently investigating the suspects’ drug activities.

CNB took the opportunity to warn members of the public about the severity of drug offences — anyone found trafficking more than 15g of pure heroin (diamorphine), 250g of methamphetamine, or 500g of cannabis may face the death penalty. 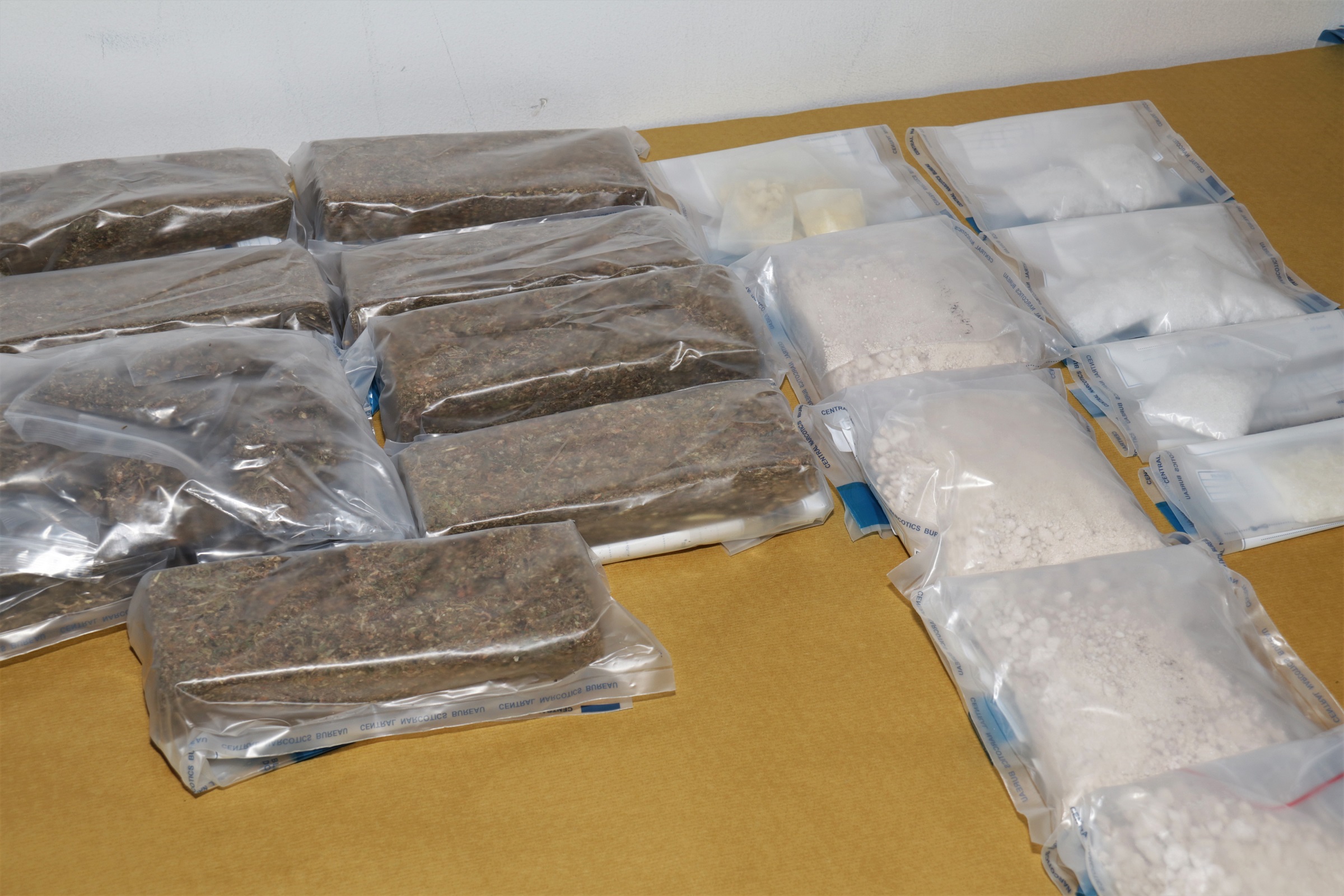 Kudos to CNB for preventing others from falling prey to drugs

Sentosa might be a popular destination for those seeking a relaxing getaway.

But even in such ‘chill’ situations, we cannot afford to let our guards down against drugs, given the potential harm it presents to our society.

We salute the CNB officers for their successful drug bust, preventing others from falling prey to the addictive substances.