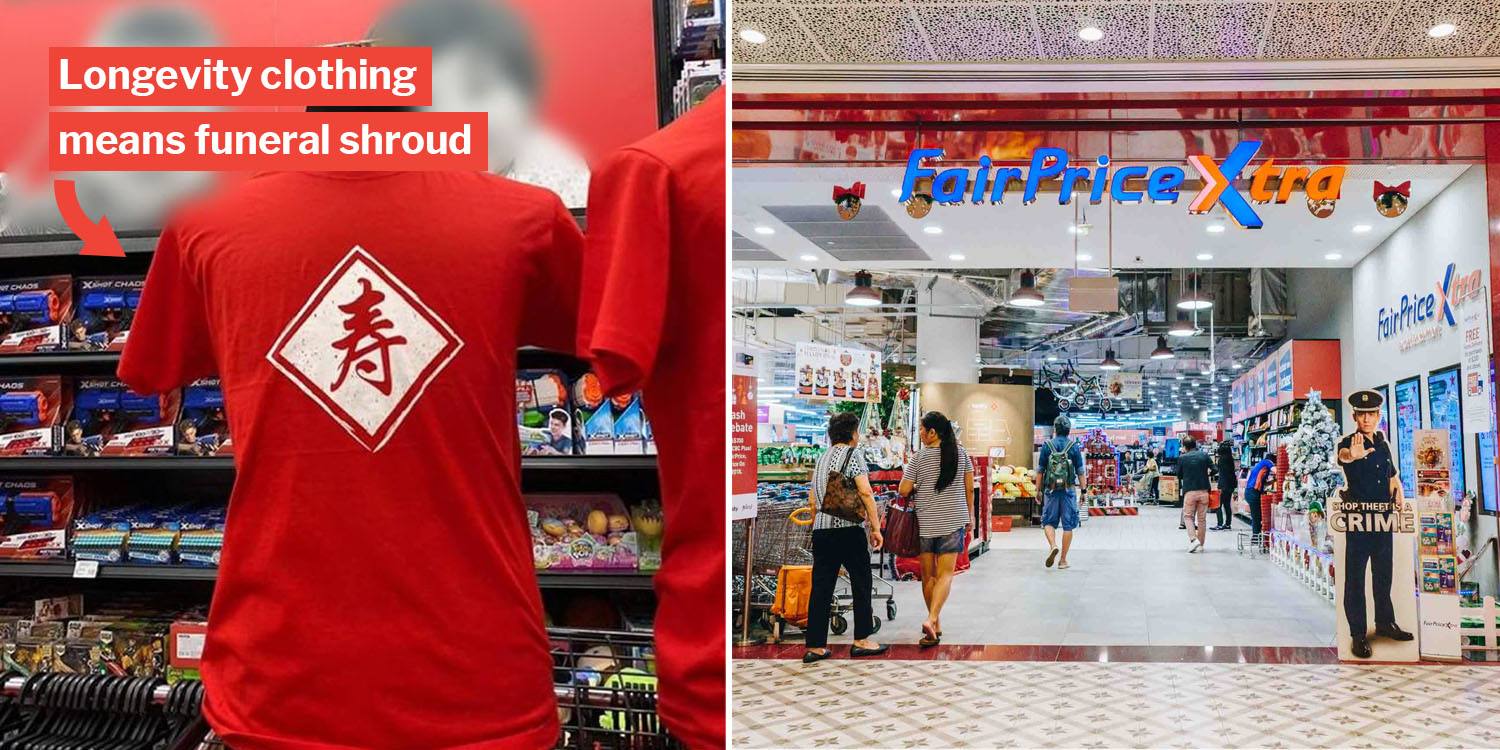 Uttering the correct wishes on Chinese New Year is a risky process, especially if you don’t have a good grasp of Mandarin.

Some customers at FairPrice apparently have too good a grasp, as they spotted an error on one of the exclusive CNY T-shirts. 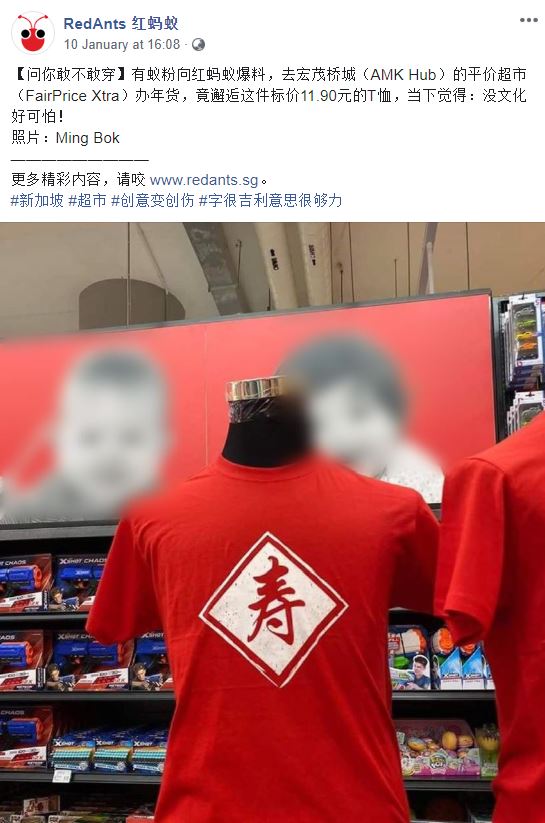 Do you dare to wear this? A netizen reported to us that they spotted the T-shirt below at AMK Hub’s FairPrice Xtra selling at $11.90. At the moment, the person felt that it was scary to be uncultured.

According to AsiaOne, FairPrice has since removed them after receiving complaints that the design alludes to funeral shrouds.

Wishes of longevity are common during CNY, but seeing them on T-shirts seems to be a rare occurrence.

A FairPrice customer, however, spotted the unique design on one of the bright red T-shirts the supermarket sells for CNY. 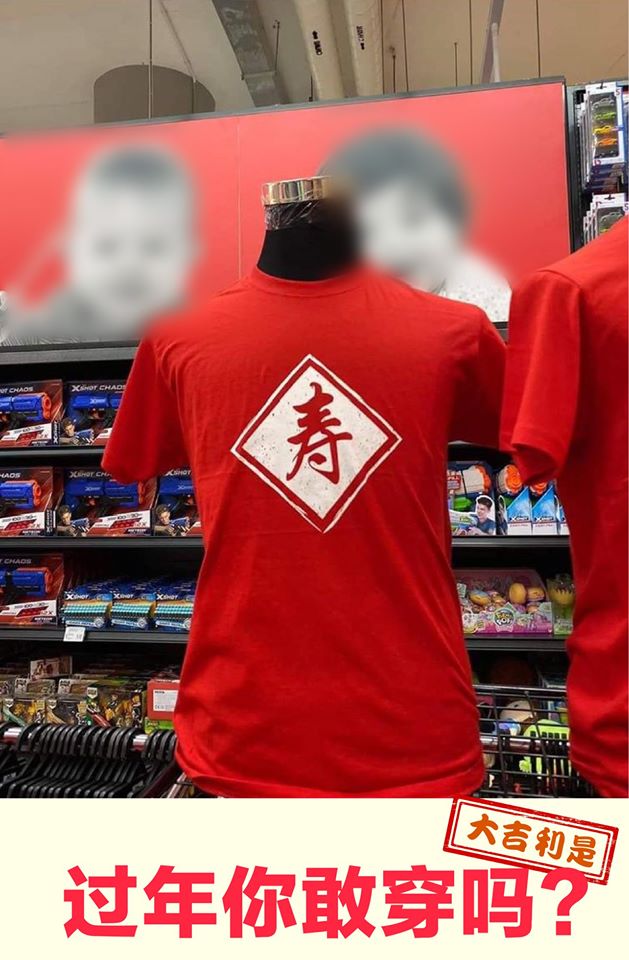 The word “shou” on the front of the t-shirt, means “longevity”.

But since the word adorns a piece of clothing, the T-shirt with the character becomes “shouyi”, which loosely translates to “longevity clothing”.

In case you didn’t catch the drift, “longevity clothing” can be another way to refer to clothing for the dead, or funeral shrouds.

Netizens who saw the post on Facebook page RedAnts 红蚂蚁 left a string of comments expressing their distaste.

Many questioned the designer’s aptitude in the language, with some even wondering how it received approval in the first place.

The netizen above commented that, “The designer should get hit, the person who approved of it is even scarier.”

Others asked if either the designer or supermarket officials realised how offensive the mistake was towards Chinese culture.

After receiving wind of the complaints, a FairPrice spokesperson informed Lianhe Zaobao on Sunday (12 Jan) that they have taken the T-shirts off the shelves.

This came just 2 days after the complaints first surfaced on 10 Jan, so kudos to them for the quick response.

Next time, let’s hope that they’re more meticulous with checking such culturally sensitive products before releasing them to the public.