You may have heard of the ‘woman yelling at a cat’ angbao design, which first made rounds on social media last December. 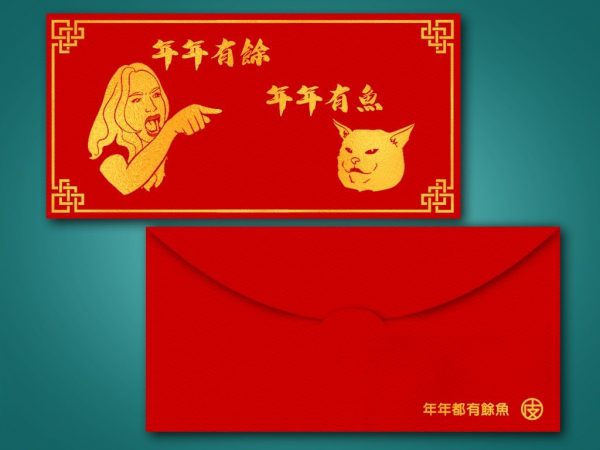 If you’ve since wished for it to be an actual product, you’re in luck.

Turns out, folks from Singapore’s meme red packet store Meme Bao, has now brought the design to life. They announced the release of their first meme red packet on Tuesday (14 Jan) via Instagram. 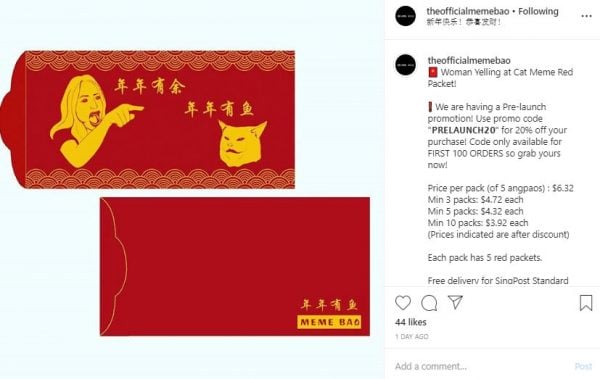 Named 年年有余, which vaguely translates to “yearly abundance”, the angbao features a woman yelling at a cat, but you probably already knew that. 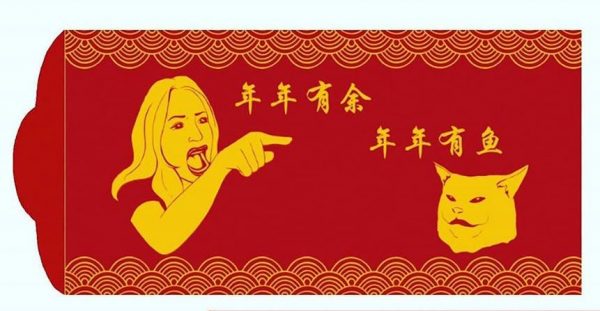 What are the pair bickering about this time? Apparently how you write the idiom 年年有余.

For those who are not familiar with Chinese, the last word “余” – pronounced as yu – refers to abundance or surplus. It also shares the same pronunciation as 鱼, which means fish.

While the woman may be more enticed by the prospect of abundant wealth, the cat is presumably driven by its primal instincts and insisted on the greeting being written with a 鱼.

The folks at Meme Bao seem to prefer the cat’s version of the idiom, which can be found at the back of the angbao. 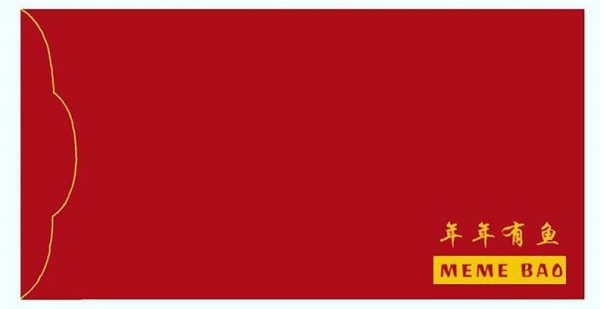 Available for $1.50 per ‘woman yelling at a cat’ angbao

These dank angbaos are available via Meme Bao’s online shop.

They are, however, not going to come cheap, as with most hippy products.

You know what to do, jio your friends to buy the angbao and enjoy what economists call ‘the economies of scale’.

Delivery is free via SingPost Standard Mail, but you’d have to pay an additional $3.90 if you opt for the tracking option.

What other memes do you hope to see being made into angbaos?

If you’d like to truly stand out from the rest of your relatives this Chinese New Year, this is surely one way to do it in style.

What other memes do you hope to see being made into angbaos?

Share your ideas in the comments below, and who knows, the guys at Meme Bao might make it a reality.