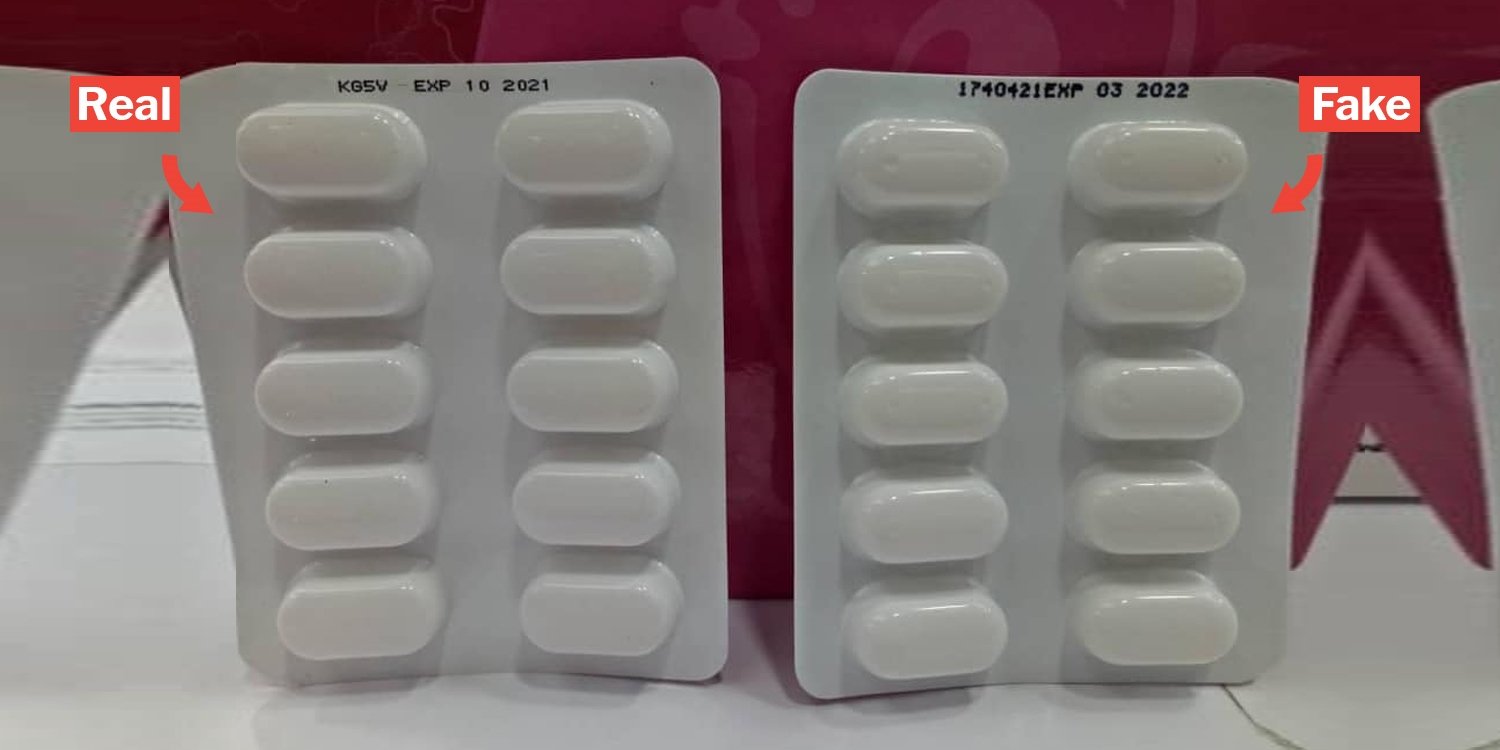 Panadol tablets are arguably everyone’s go-to solution when they’re down with a headache, flu, or fever.

Now, there are allegedly fake Panadol pills being sold in Malaysia. And a full-time pharmacist has pointed out the differences between the fake and authentic products.

If you’re someone who heads across the Causeway often, you need to sit down and read this — you’ll never know when you might need painkillers in Malaysia.

The differences between the 2 are apparently not obvious on the front of the blister pack.

However, the contrast between the two is more distinct on the opposite side.

The texture of the fake Panadol blister packs is reportedly rougher than the genuine one.

Additionally, GlaxoSmithKline (GSK) – the manufacturing company that produces Panadol pills, in this case – was also spelt incorrectly as “ClaxoSmithKline”.

There are also signs to look out for on the pills.

For starters, the “P” engraved on the authentic pills appears to be of a thinner engraving. Meanwhile, on the ‘counterfeit’ pill, the “P” appears to be sloppily carved.

The authentic Panadol pills also have a cleaner finish as compared to the ‘counterfeit’ pills, which apparently have some rough edges.

The ‘counterfeit’ pills appear to be more brittle too. Some of them apparently cracked and can be seen in powdered-form in the blister pack.

In ending, the pharmacist warned that it is plausible that there are other more ‘realistic’ counterfeit Panadol pills, but that remains to be seen.

He also urged members of the public to be extra vigilant when they’re taking Panadol pills.

GSK Malaysia has yet to release a statement regarding these ‘fake’ Panadol pills, and whether it is safe for consumption.

That said, like every other medicine, it is better to be safe than sorry. Should you notice anything amiss about the pills, it’s best not to consume them.

You can also share this with your friends who visit Malaysia often so they can make informed decisions when buying painkillers over the counter.

If news of these ‘counterfeit’ pills are indeed true, let’s also hope we won’t find them in Singapore.