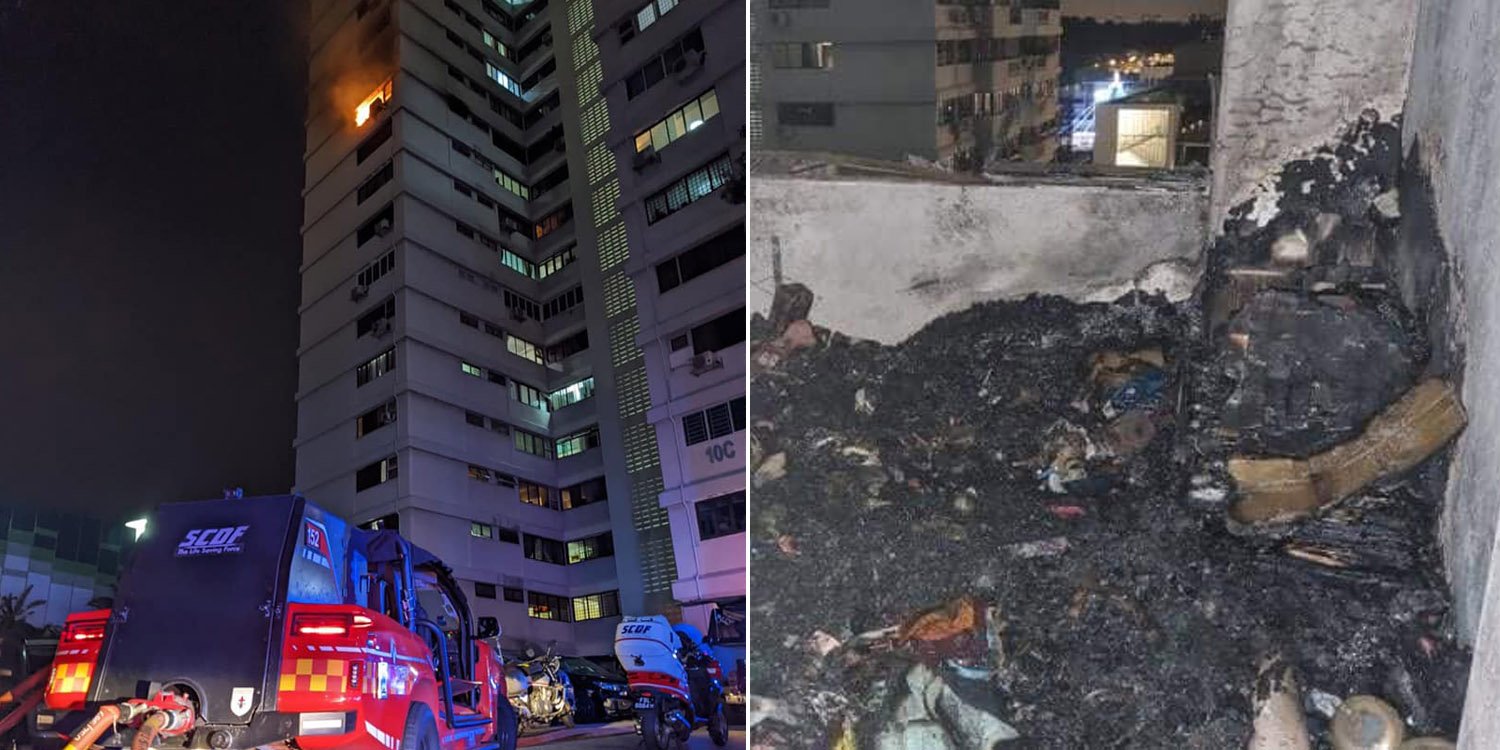 The wind had supposedly knocked the candles over and started a fire.

Fire Breaks Out At Braddell View Unit On 3 Dec Evening

Candles are often used in many religious rituals. However, unattended candles can pose a fire hazard.

On Friday (3 Dec), a Braddell View condo resident lit candles as part of a religious ritual before leaving the unit.

Unfortunately, the wind had supposedly blown the candles down, causing a fire to break out in the flat. 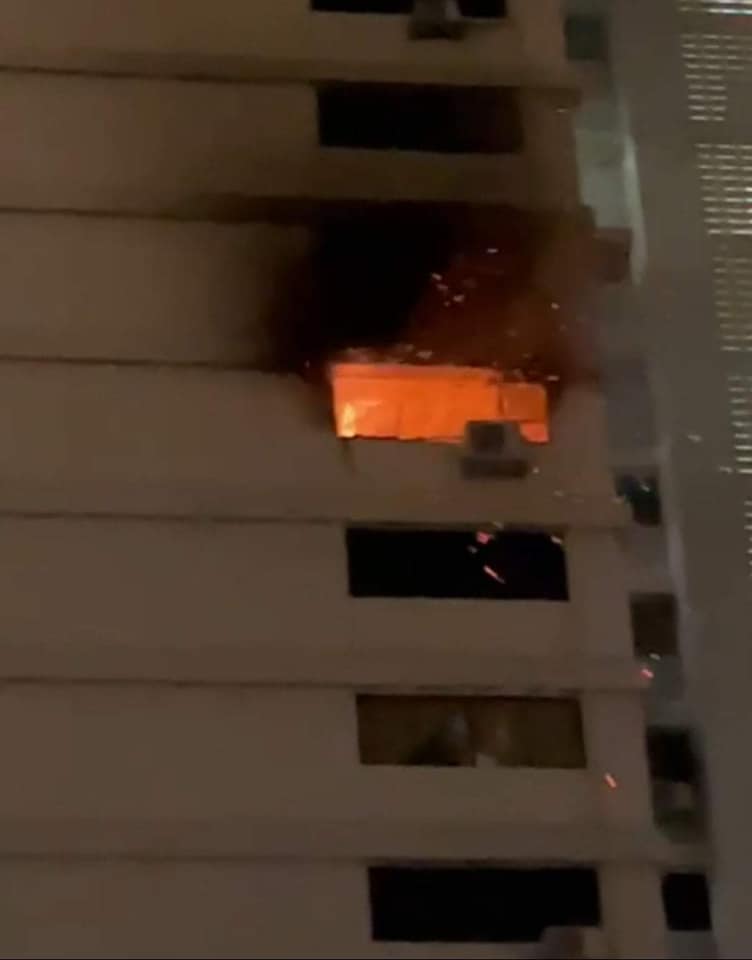 Although 3 people were in the flat at that time, it was a neighbour who spotted the fire and promptly alerted the tenants to it.

On Friday (3 Dec) at around 7pm, the resident at Braddell View condominium Block 10C located at Braddell Hill lit some candles as part of a religious ritual before going out for a walk.

According to Shin Min Daily News, it is believed that the wind knocked the candles over, setting items in the master bedroom on fire.

At that time, 3 people were in the unit but were none the wiser as to the growing fire.

Thankfully, a neighbour caught sight of the fire and hurriedly knocked on their door, alerting them to it.

However, the tenant had locked the bedroom door and the other residents could not open it.

All they could do was to grab their valuables and flee from the fire. According to SCDF, at least 50 residents were evacuated from their homes.

Even after the fire was extinguished by SCDF officers, many residents were seen waiting at the foot of the block. 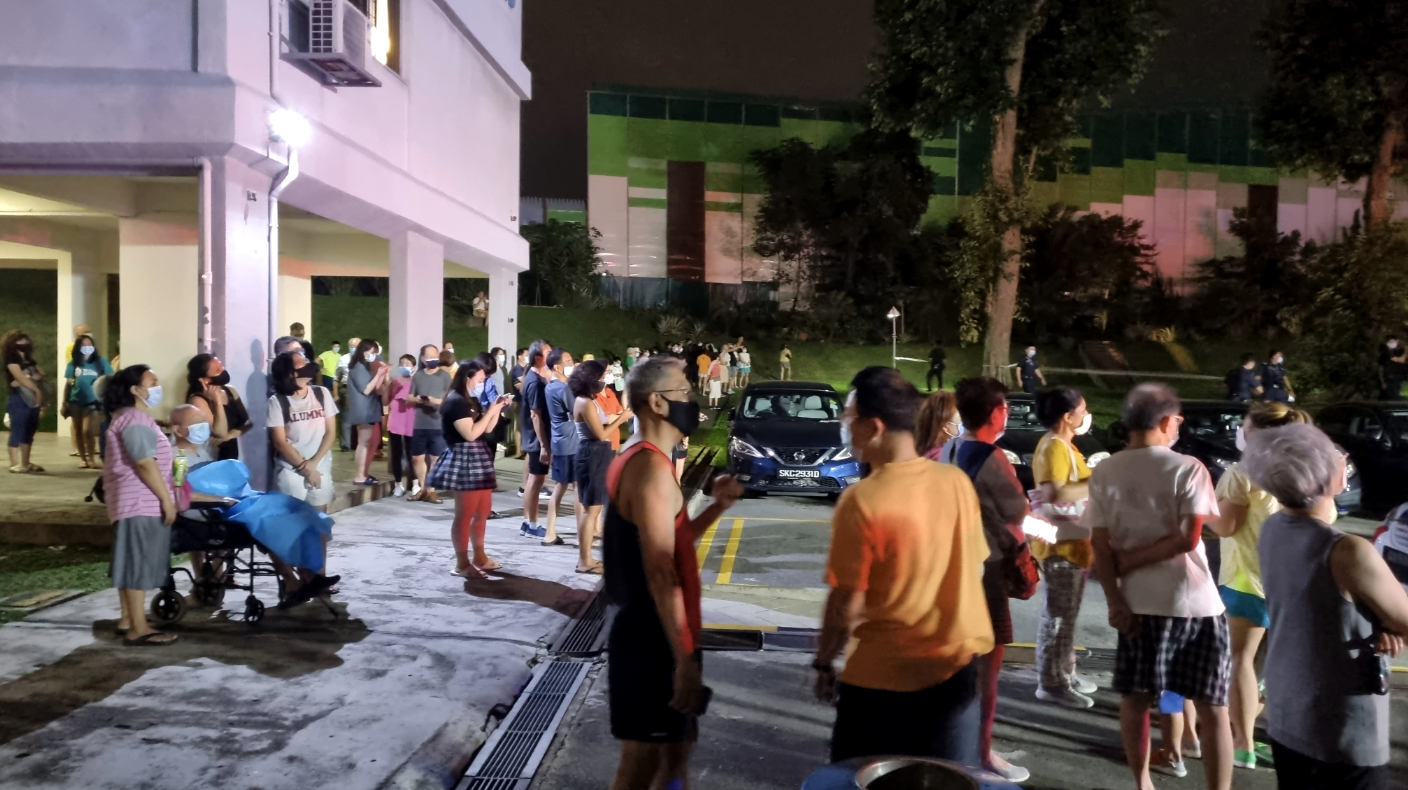 The residents of the affected unit also shared with Shin Min Daily News that after the incident, the flat was waterlogged and they had to find a hotel to temporarily stay in.

The contents of the affected bedroom appeared to be completely burnt and charred. 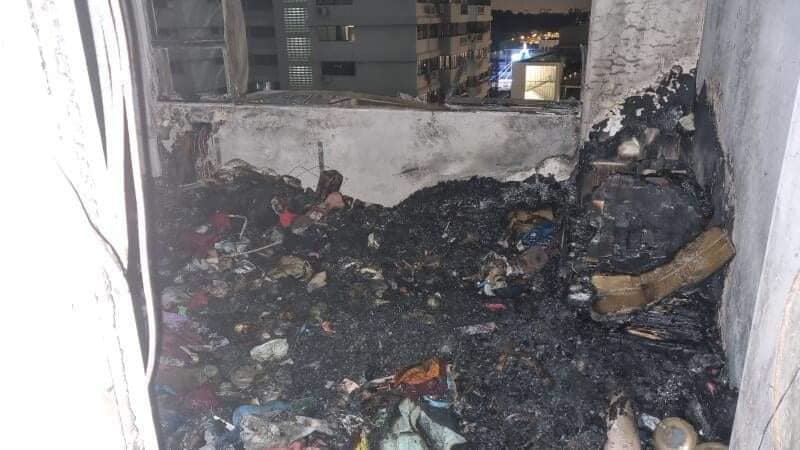 The SCDF shared on their Facebook that they were alerted to the fire at Block 10C Braddell Hill at about 7.30pm on 3 Dec.

Upon their arrival, the fire was raging within the 12th-floor unit.

The fire involved the contents of the entire bedroom.

Eventually, the fire was extinguished with 1 water jet and 2 compressed air foam backpacks. 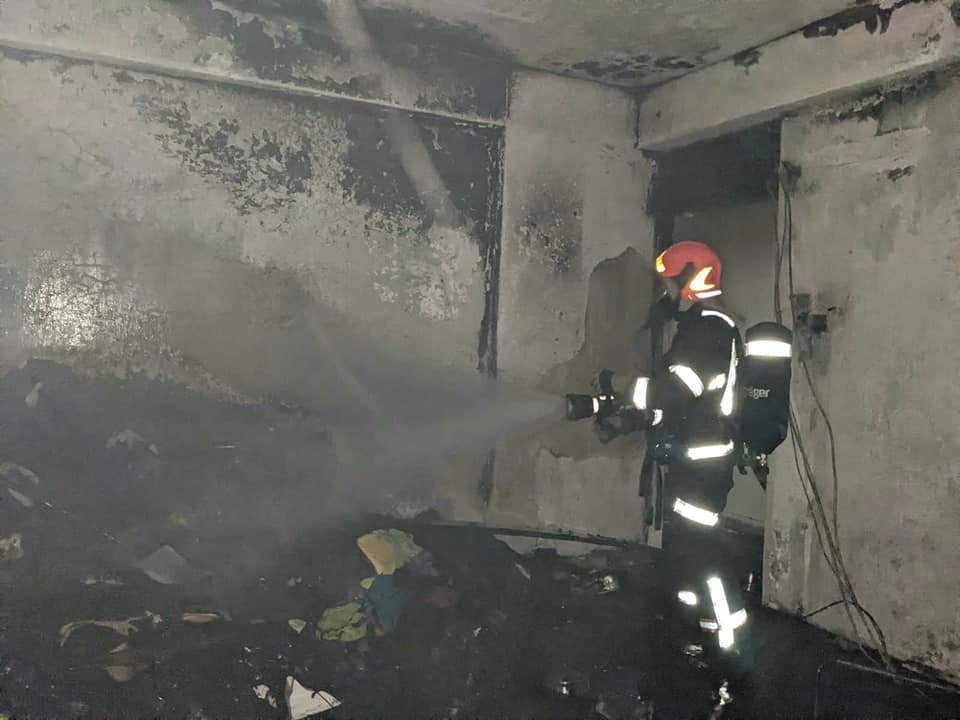 When they arrived, the residents of the unit had already self-evacuated.

The SCDF and the police then evacuated about 50 residents from the affected block as a precautionary measure.

There are no reported injuries and the cause of the fire is currently under investigation.

Kudos to the SCDF

Kudos to the SCDF for their speedy response and keeping the Braddell residents safe while putting out the fire.

While it is unfortunate that the tenants of the affected unit will have to find temporary lodging, we’re glad no injuries were reported from the incident.

This also serves as a precautionary tale for everyone to be extra wary and not to leave any fires unattended.