Despite the occasional downpour, March has largely been hot and humid, like the Singapore we’ve known all our lives.

While most of us dread this return to reality, Mother Nature seems to have other treats in store during this balmy season.

Recently, Singaporeans were treated to soft, tiny clouds in the sky as they awoke from their slumbers on 2 consecutive mornings. 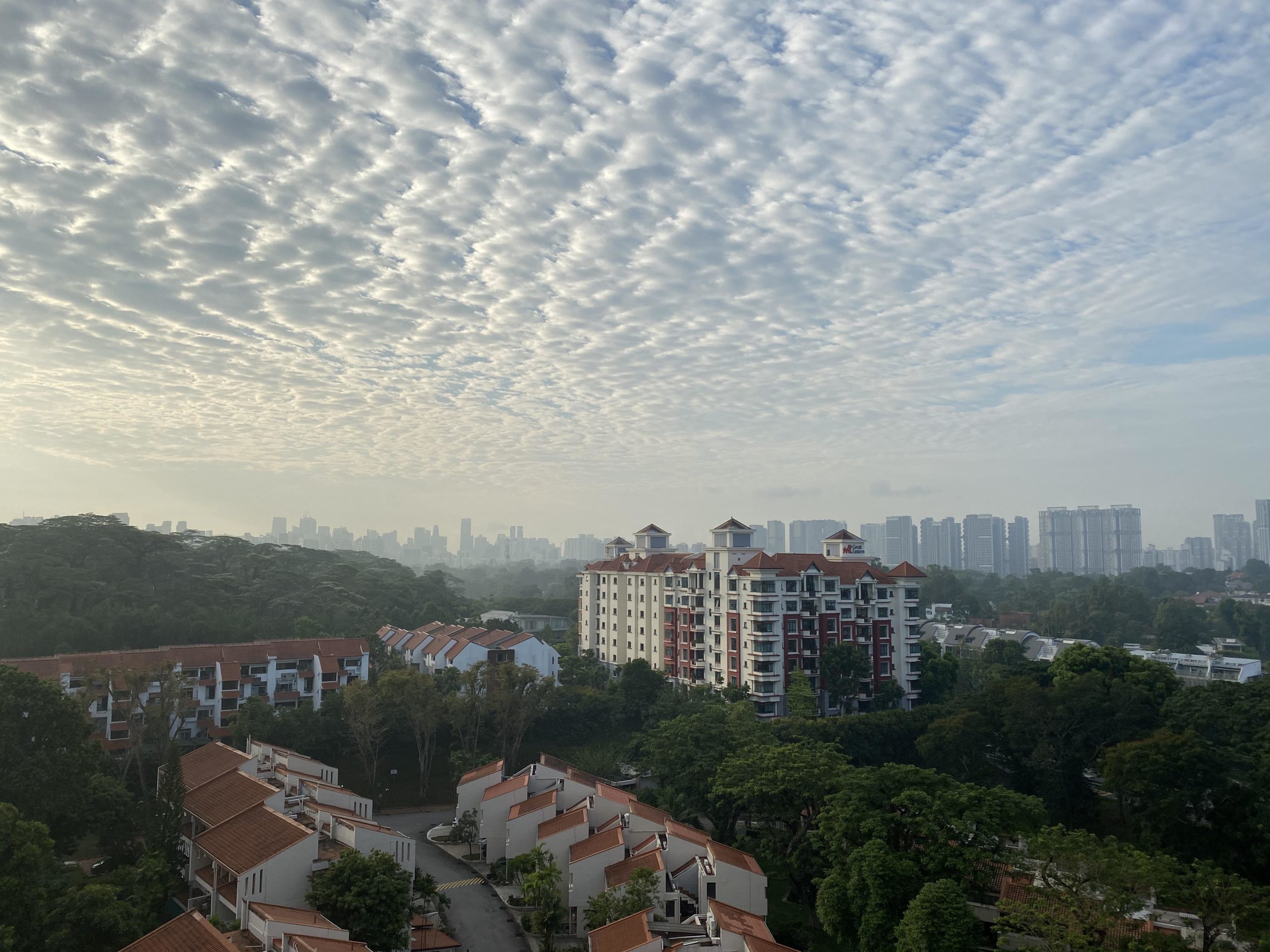 Besides cotton puffs, they also remind us of fragile ice sheets from the North and South Pole.

This netizen shared pictures of the lovely sunrise from Tampines. 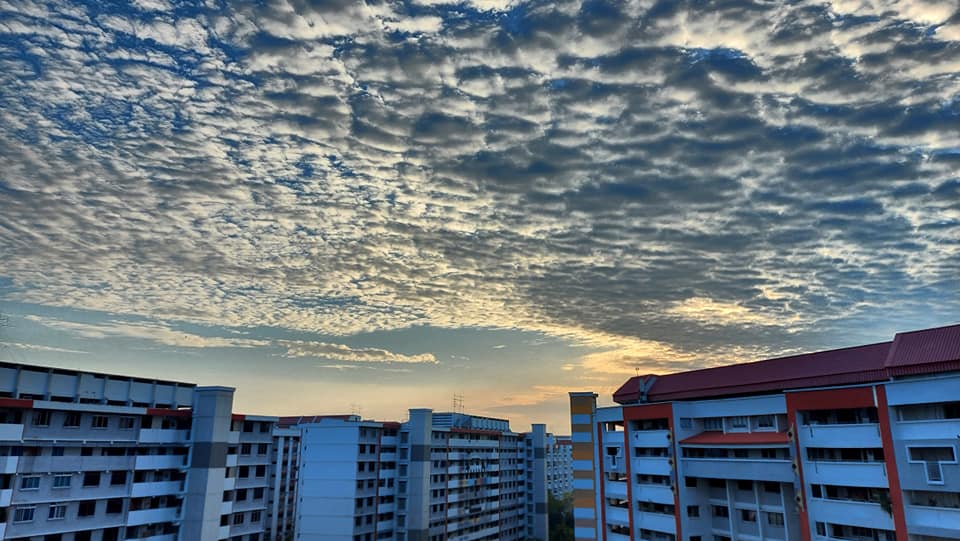 If we weren’t in tropical Singapore, we can imagine that this is what being submerged in a frozen lake would look like, with the clouds representing the thin sheet of ice.

A resident in Woodlands witnessed a similar scene, with extra poofy clouds. 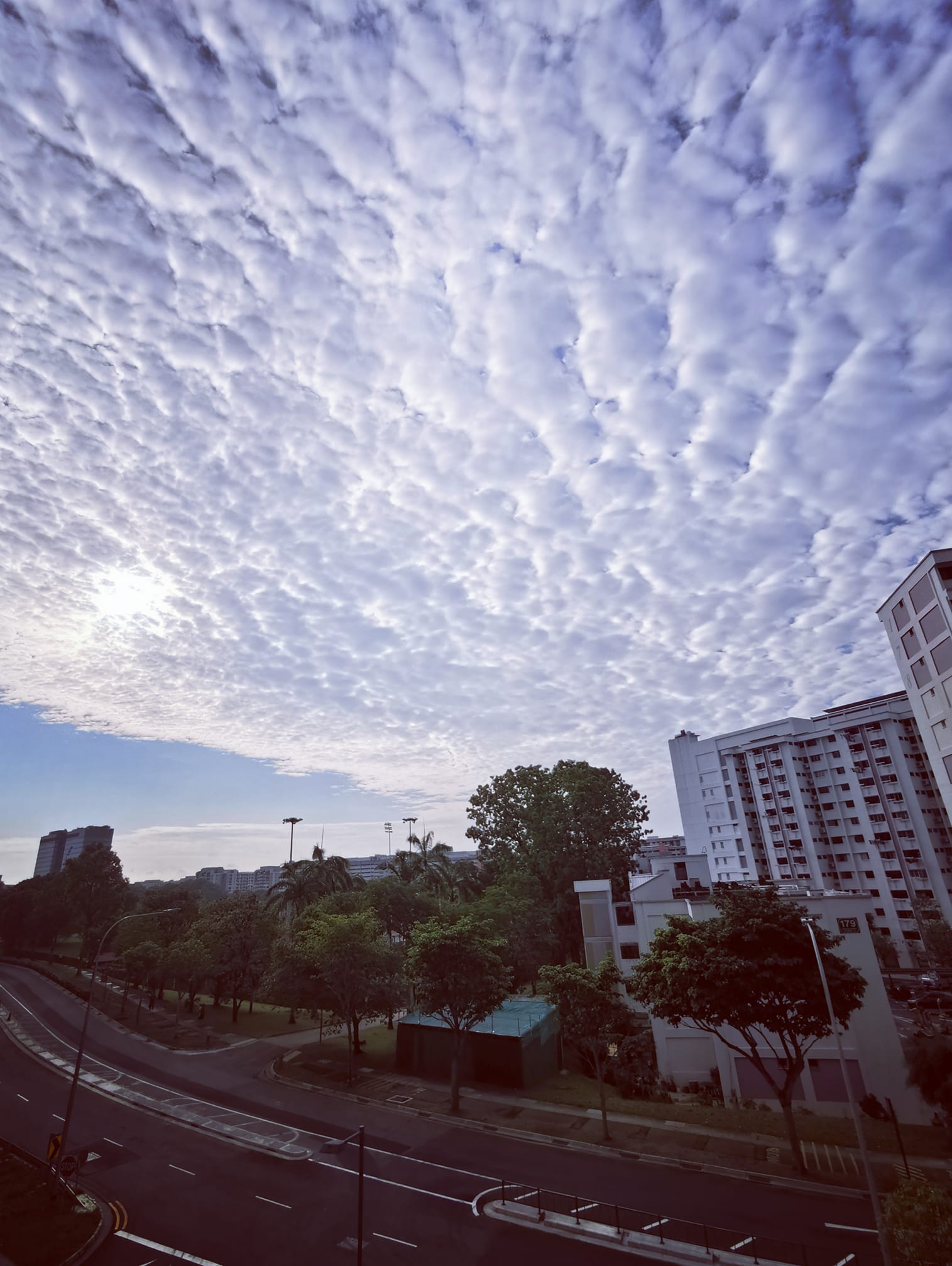 Over in Bishan, the clouds took on a greyish hue, as the Sun seemed to make way for the approaching storm. Thankfully, a netizen in Hougang managed to capture a glimpse of the orange orb peeking out on the horizon. 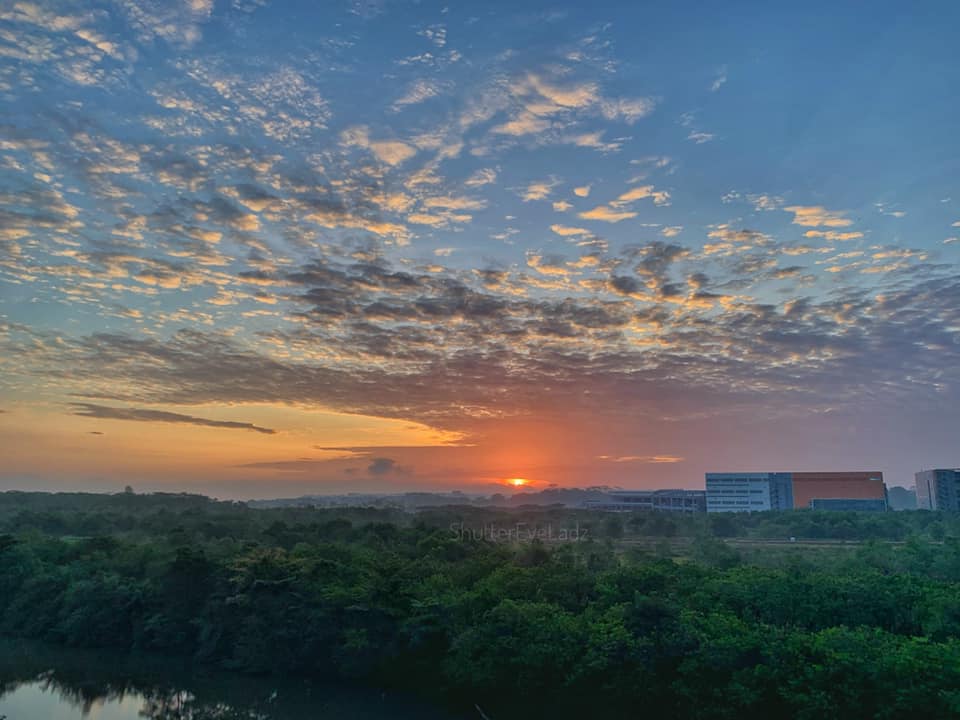 The stunning sunrise apparently wasn’t just a one-day event, as netizens spotted similar clouds when they woke up the next day (19 Mar).

The Sun, however, appeared to be more subdued, as the sky was in a slightly mellower shade of blue. 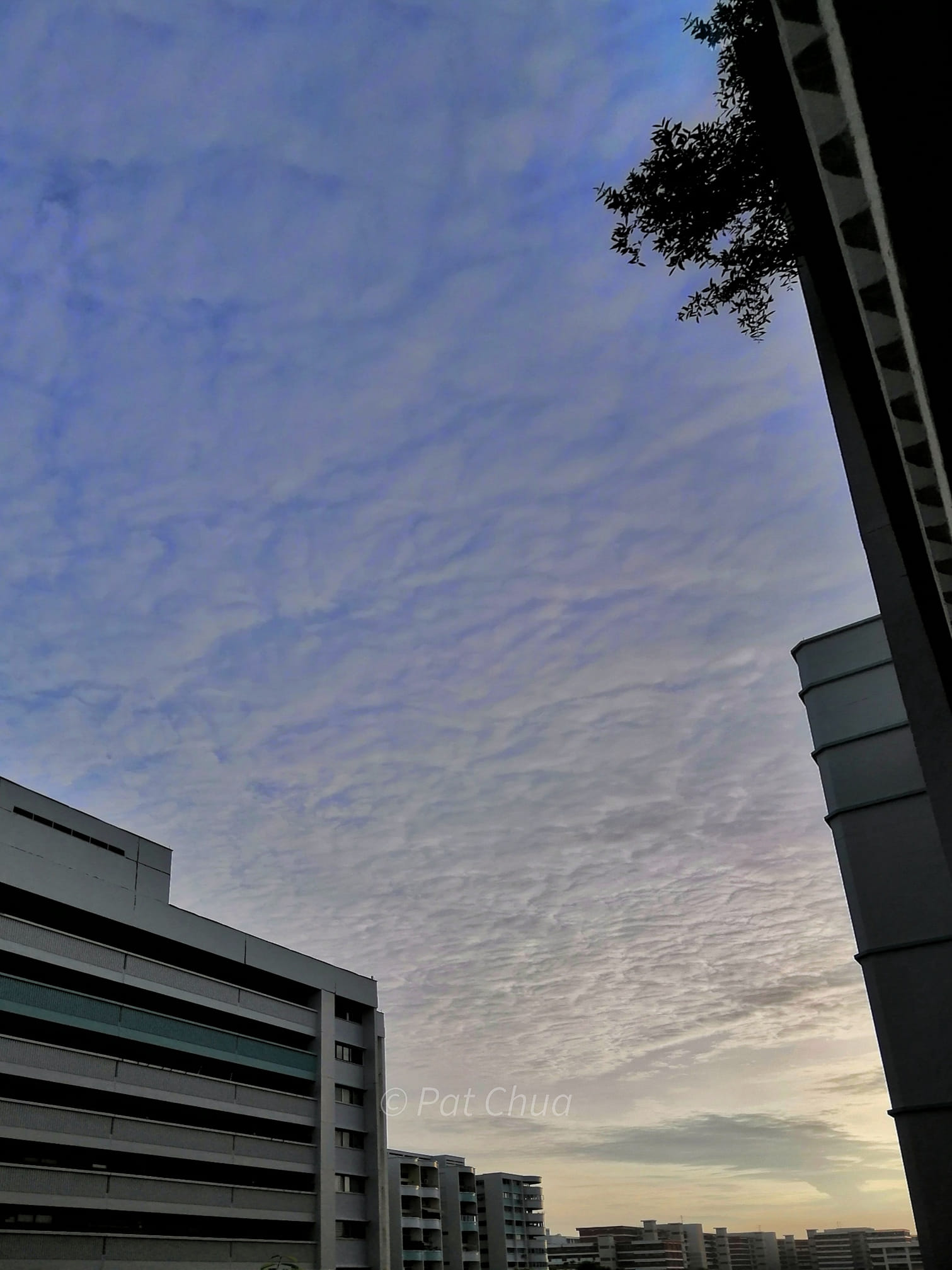 Nonetheless, the ‘cracked ice’ effect was still pretty evident, as this picture of the sky over Kranji proves. Perhaps the brilliant display the previous morning had worn Mother Nature out. Sightings of such spectacular cloud formations never fail to take our breaths away.

They were perfectly timed too, giving us the extra motivation we need to conquer the last day of work or school for the week.

Did you also witness the morning clouds? Share your pictures with us in the comments.