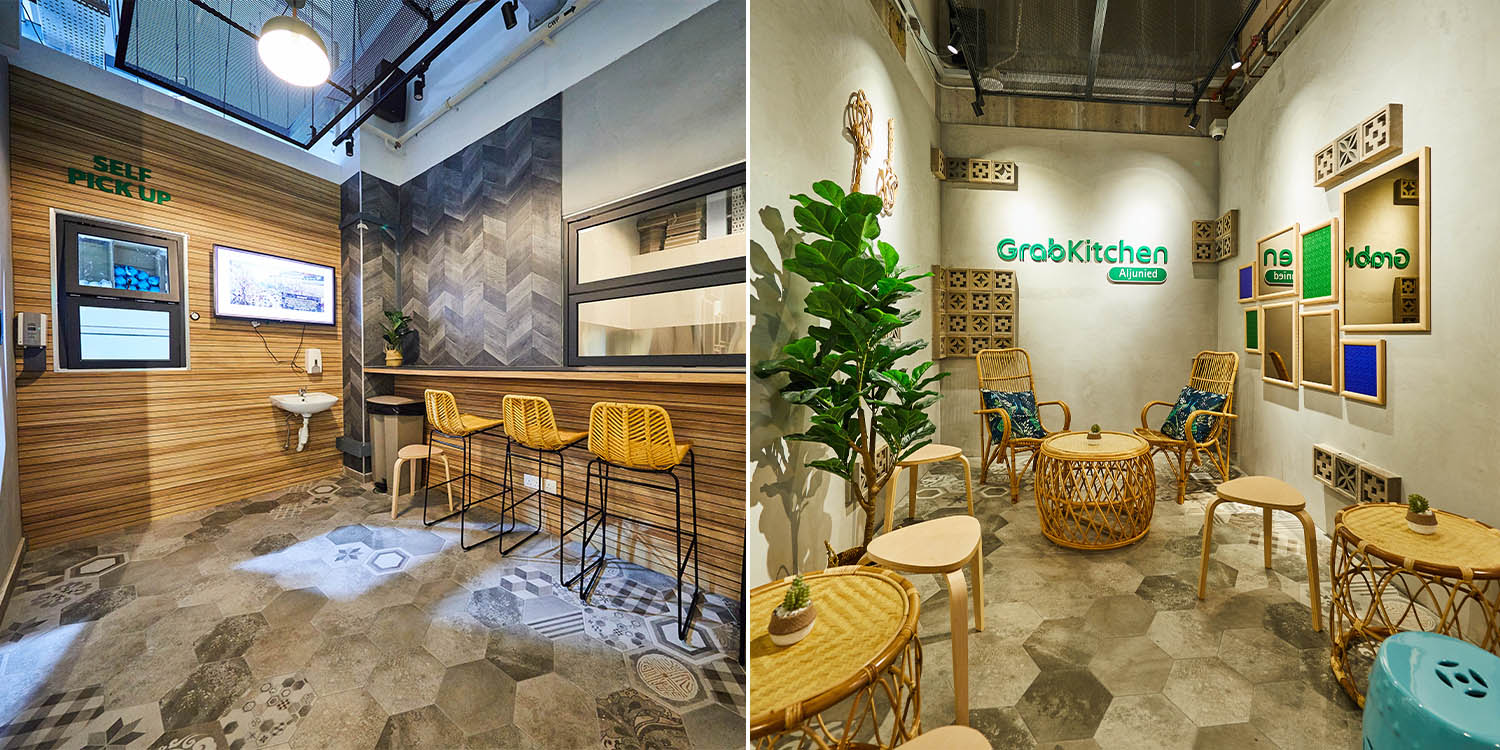 GrabKitchen Opens In Aljunied To Meet Food Demand For Residents There

When the Covid-19 outbreak hit Singapore, food delivery services like GrabFood naturally became more popular. Now, even as we’re in Phase 2, demand continues to soar, and Grab is trying their best to meet them.

As such, Grab launched their second GrabKitchen in Aljunied, after their first kitchen this year in Hillview. 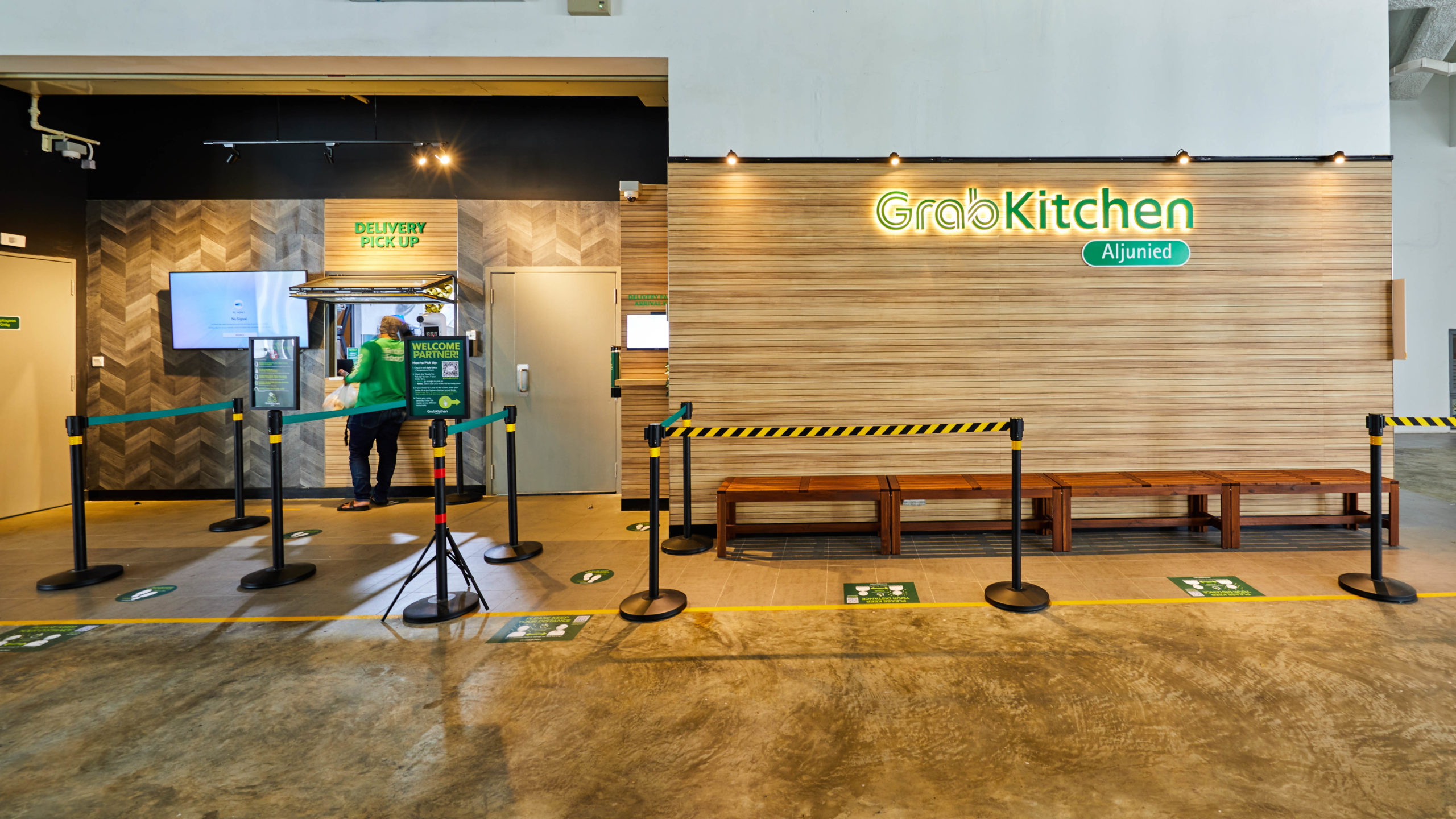 There, you can grab food and drinks – no pun intended – from a variety of places under the same roof, with just 1 delivery fee.

So if you like Michelin-starred Putien and bubble tea brand Playmade, for example, you can get both orders under the same receipt.

GrabKitchen in Aljunied lets you mix & match in 1 order

In a media release, Grab said that after customer insights and consumer surveys, they saw that the Geylang-Aljunied area had one of the highest rates of unmet demand among GrabFood users.

The following had much higher demand than supply in the area:

Grab thus set up their second cloud kitchen there, and brought on partners who’d be able to meet these demands.

You can expect to see the following F&B retailers:

You’ll notice that many of them offer Japanese, Korean, or Western cuisines, and a variety of desserts and snacks to pick from too.

The draw of GrabKitchen is how you can order from all these places but need to only make 1 payment — sort of like a new type of hawker centre.

For their part, Grab has made the place plenty aesthetically-pleasing to both work and dine in. 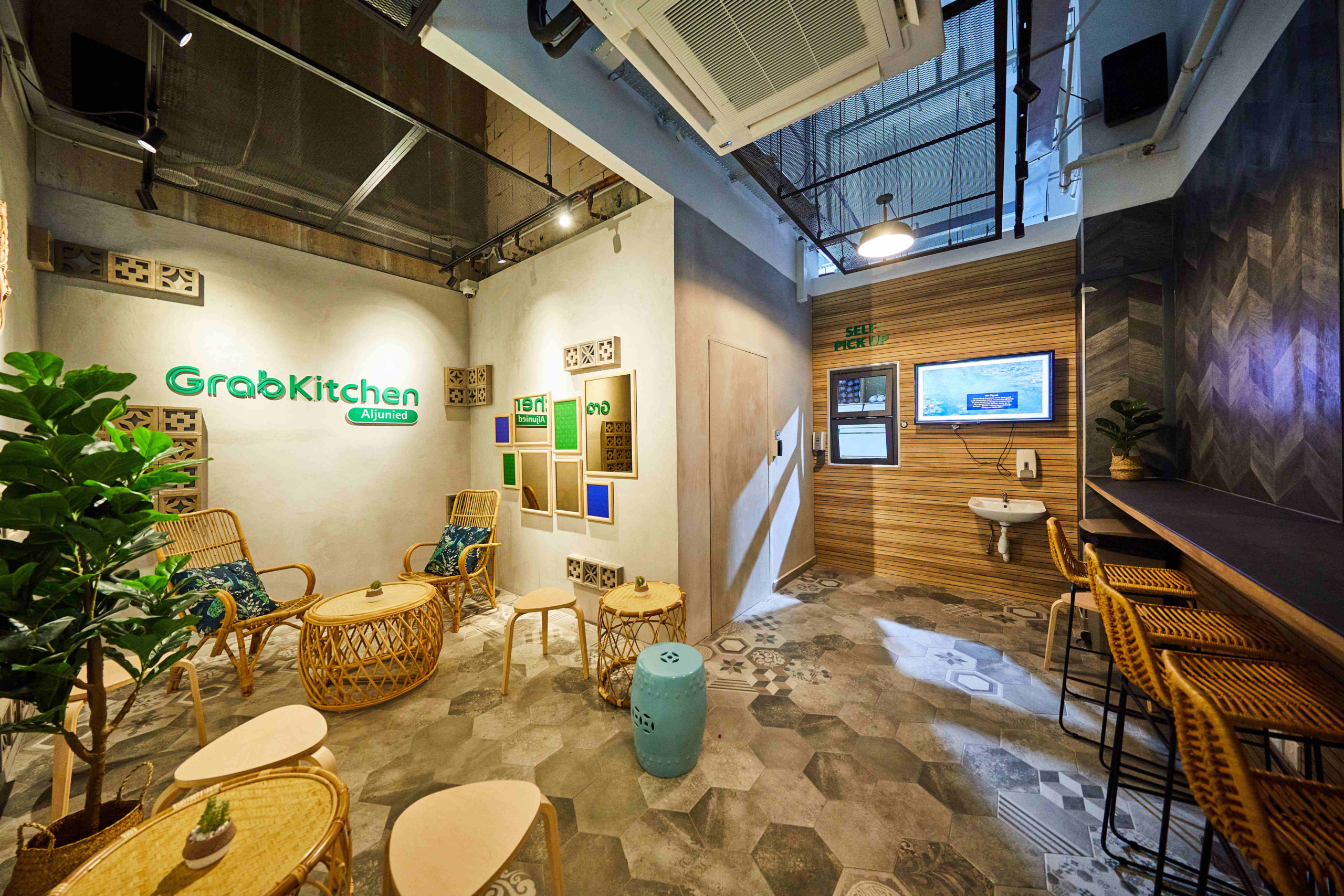 There’s a small seating area for those who’d like to have their meals there, and a self pick-up counter too. 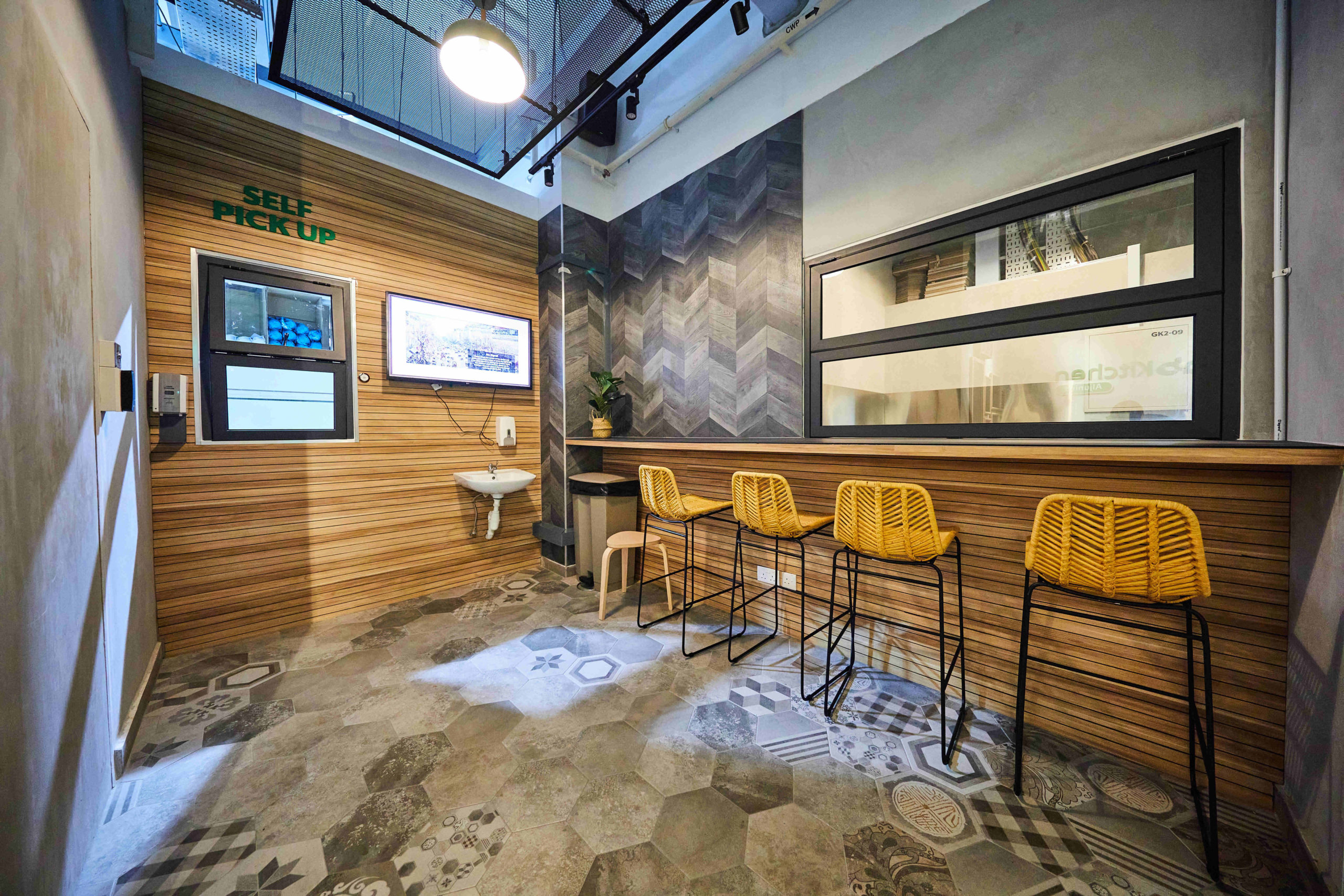 Another area allows people to lepak while perhaps having bubble tea of their choice.

We wouldn’t quite call it utopia yet, but imagine digging into IRVINS Salted Egg potato chips while sipping on oolong tea with pearls here. 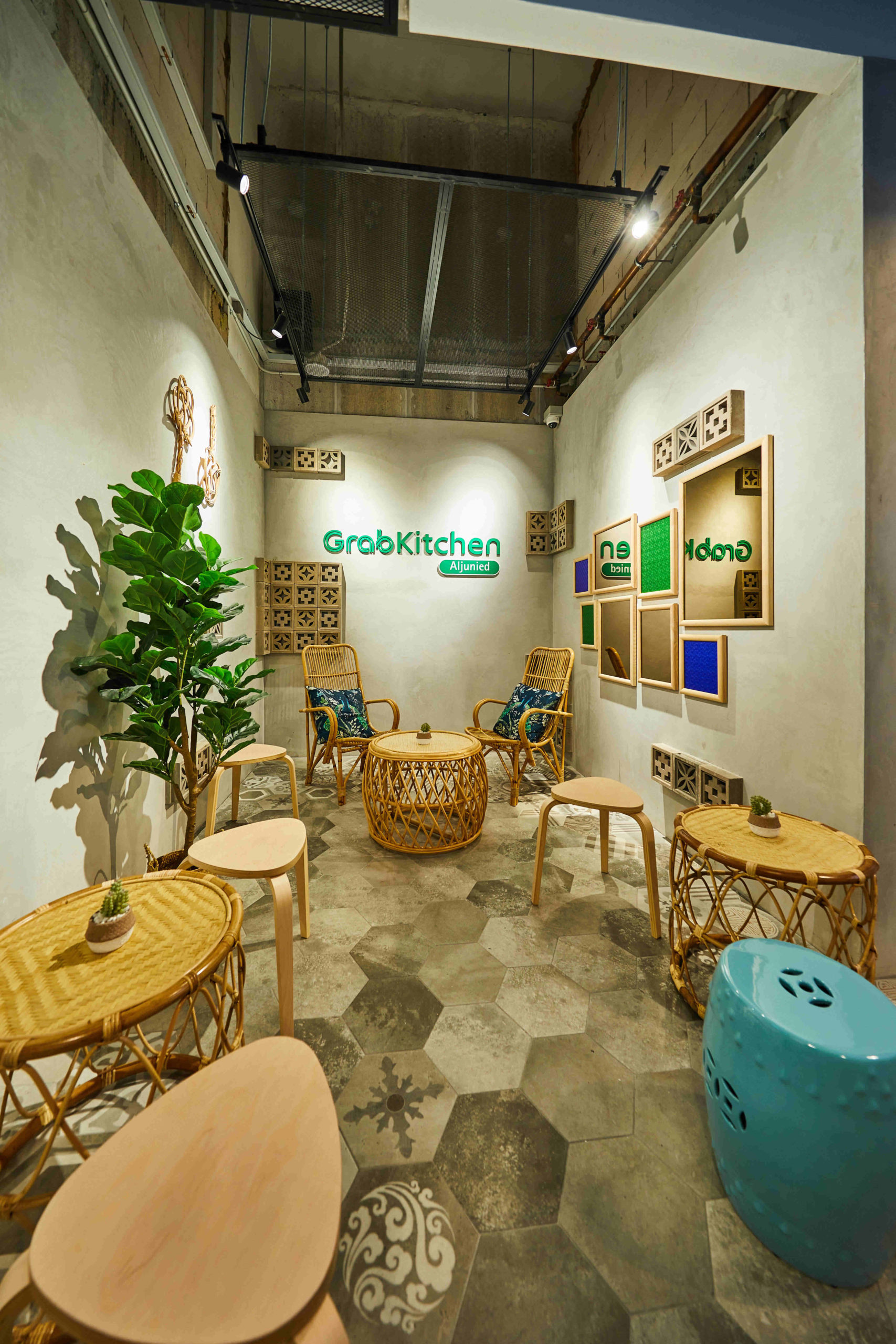 Aside from the fact that there’s lots of calories in that package, a world of possibilities just opened up.

Helping F&B businesses get back on their feet

Grab explained that they want to help F&B businesses grow, since many of them rethought expansion plans during the pandemic.

GrabKitchen is one way they’re looking to adapt to consumer tastes through their data insights.

Putien’s Vice President who noted that there’s high demand for their menu during weekday meal times, said the cloud kitchen will help them meet that, even though they’re new to the scene.

Those in the Geylang-Aljunied area will now see many more choices come their way.

So if you for any reason at all require food delivery, you can now get more varieties, without the leceh-ness of needing several receipts.

All images courtesy of Grab.