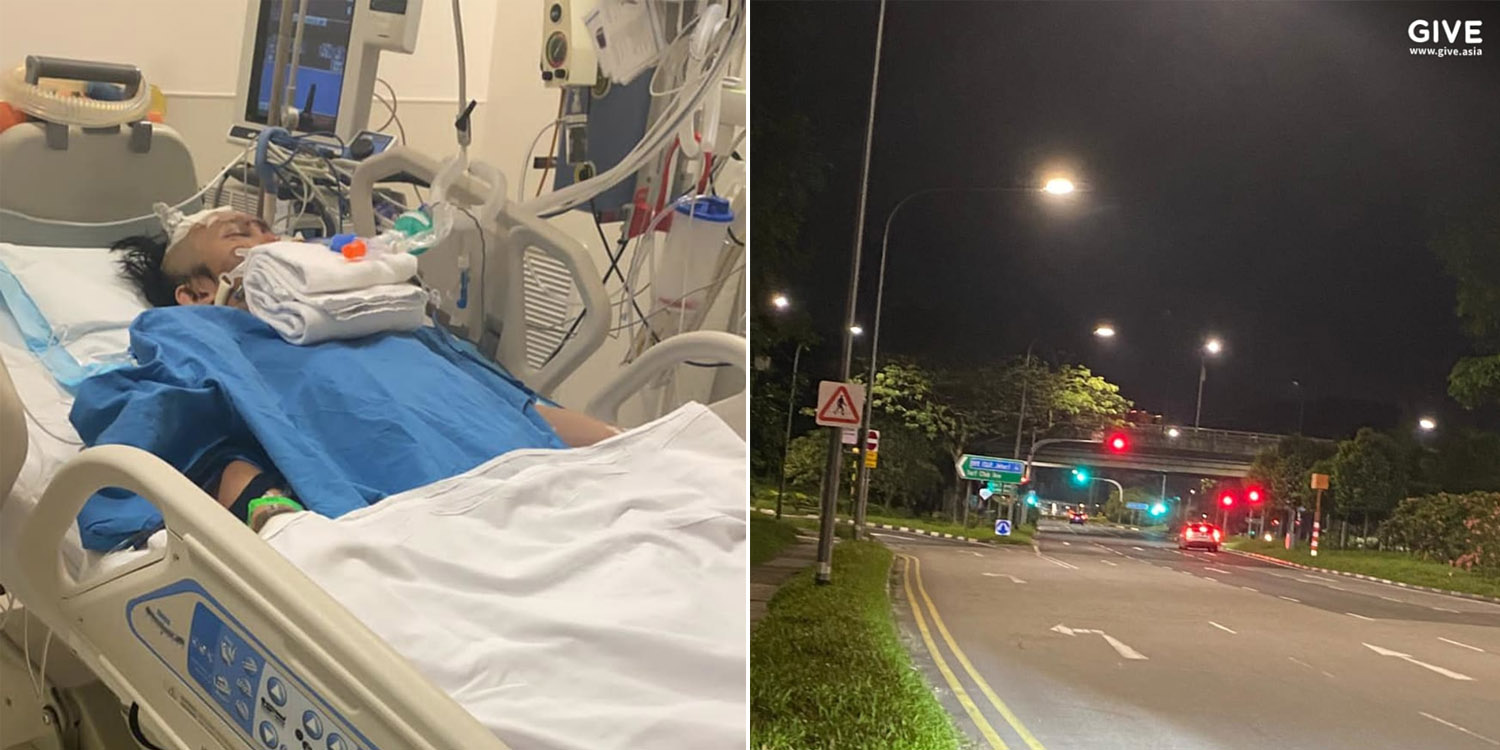 The 31-year-old Malaysian is a cai fan hawker.

Traffic accidents can happen at any time and to any of us. In some serious cases, those involved may suffer serious injuries that require urgent medical treatment.

Recently, a cai fan hawker was travelling home on a motorbike when he was involved in a serious traffic accident in Mandai.

Though doctors managed to save the 31-year-old’s life, his medical bills have been skyrocketing. 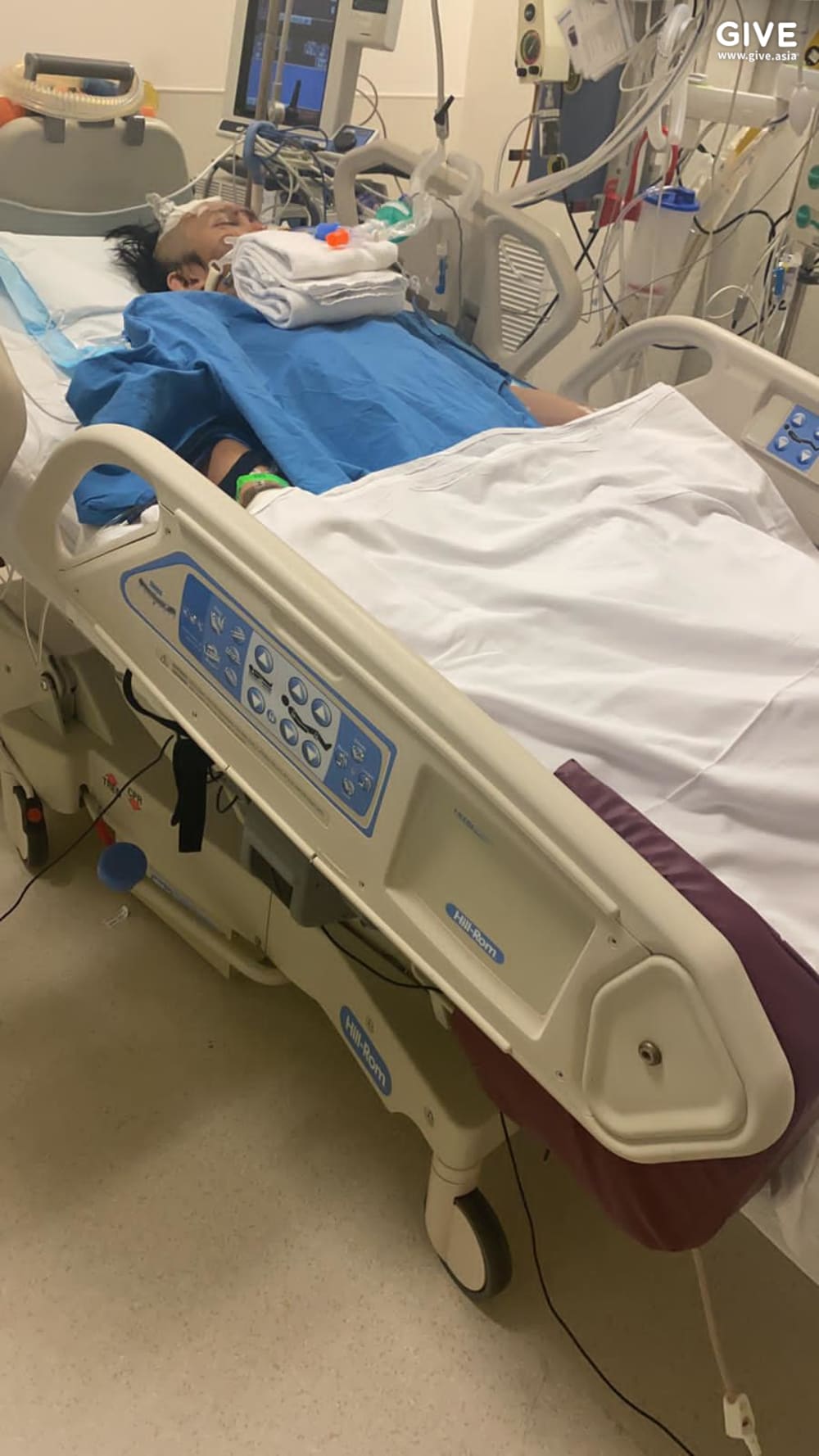 In light of the mounting expenses, the Malaysian hawker’s family is currently appealing for donations to help with the medical bills.

31-year-old hawker gets into accident in Mandai

According to Lianhe Zaobao, Mr Lau was travelling home last Saturday (20 Mar) when he got into an accident at the intersection of Mandai and Woodlands Road. The accident reportedly happened at around 10.17pm after he left his workplace in Choa Chu Kang.

Mr Lau suffered numerous injuries as a result of the collision, including crushed lungs, blood clot in the brain, as well as fractures to several parts of his body:

The Malaysian hawker was conveyed to Khoo Teck Puat Hospital (KTPH) where he underwent 10 hours of surgeries, reports Lianhe Zaobao. However, Mr Lau is reportedly still in a coma, and it remains unclear when he will regain consciousness.

To make matters worse, Mr Lau has raked up a pretty hefty medical bill as a result of his stay in the ICU.

After 5 days in KTPH, his bills have reportedly hit $99,641 and are rising with each passing day. 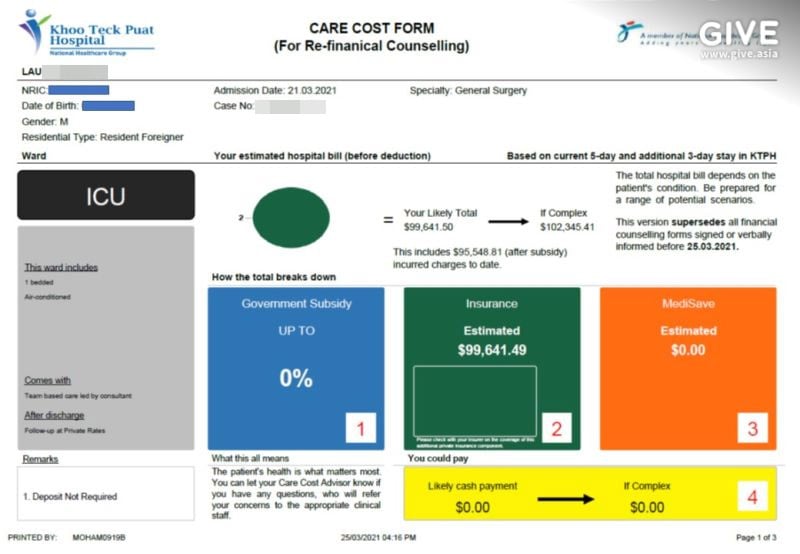 As such, Mr Lau’s family has initiated a donation campaign to help them bear the mounting costs.

Those who’re keen to donate can do so via the give.asia page here.

Hope he makes a smooth recovery

It’s saddening to hear of the accident, especially given the fact that Mr Lau had travelled away from home during the pandemic in search of a better living.

Our prayers are with him and we hope he will make a swift and smooth recovery.