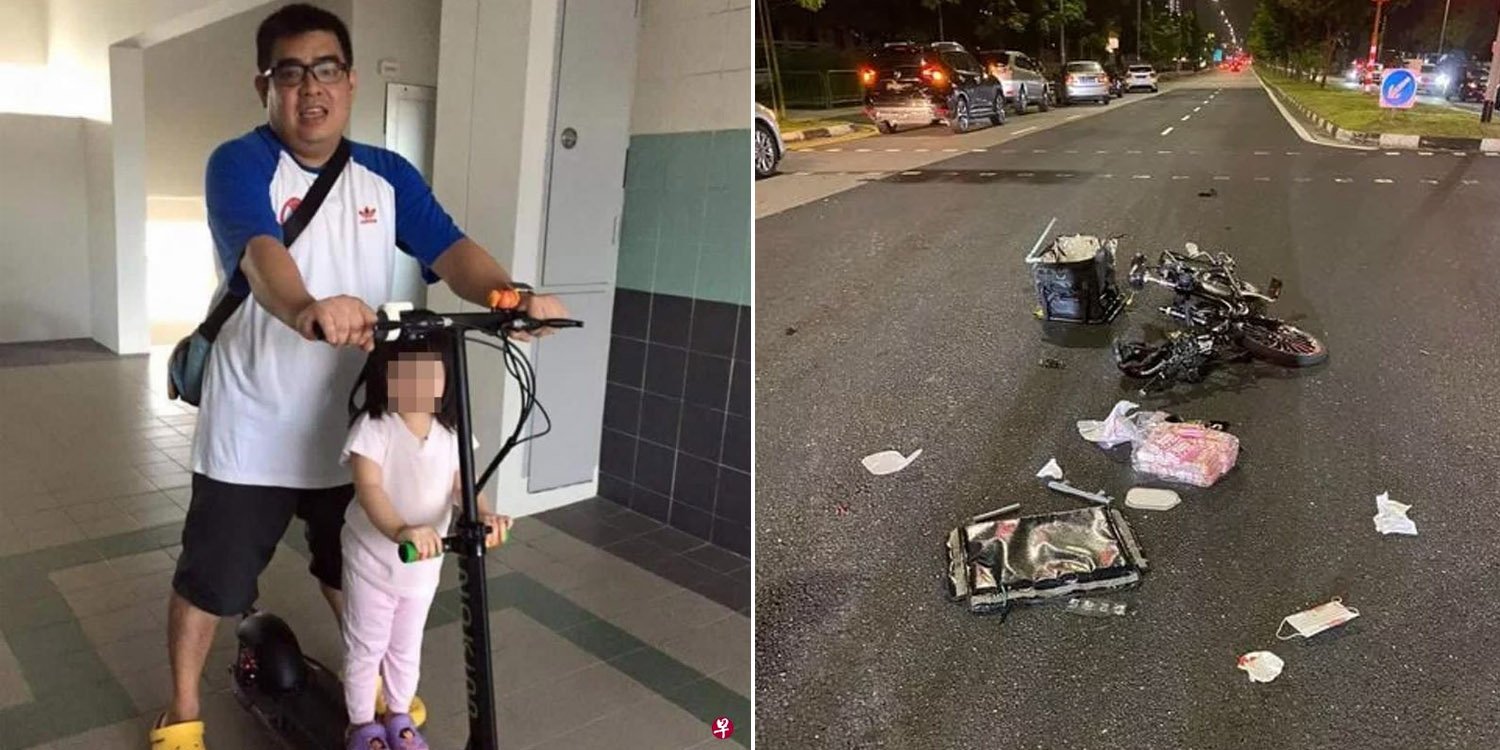 EDITOR’S NOTE: Article has been edited for accuracy.

A food delivery rider lost his life after being hit by a Mini Cooper in Kovan a few days ago.

Since then, more information about the accident has come to light, revealing a heartrending fact: He leaves behind his wife and 8-year-old daughter. 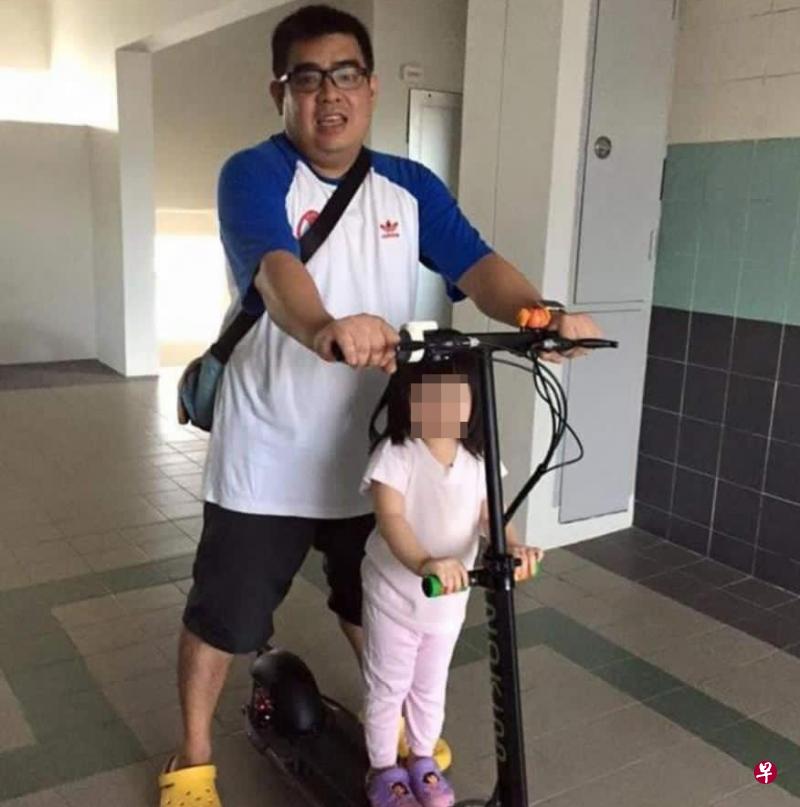 Speaking to Chinese media, his wife shared that she is finding it difficult to forgive the driver involved in the accident.

According to Shin Min Daily News, the deceased was a 42-year-old man named Simon Teo, who had been working as a food delivery rider for the past 4 to 5 years.

On Tuesday (23 Mar) around 10.11pm, Mr Teo was riding along the Hougang stretch of Tampines Road when he was fatally struck by a car. 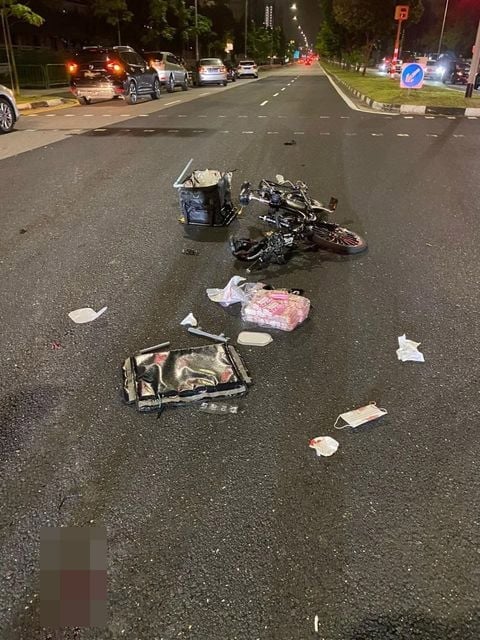 The location of the accident was reportedly just 5 minutes away from his home.

When interviewed by the Chinese newspaper, his wife Mrs Teo said she was asleep when she received the bad news — a passer-by had called her using Mr Teo’s handphone.

When Mrs Teo arrived at the site of the accident, her husband was already losing consciousness, reports Shin Min Daily.

She tried calling out to her husband, but Mr Teo reportedly didn’t respond.

Mrs Teo also told Shin Min that she noticed the driver’s face was flushed, almost as if he was inebriated. 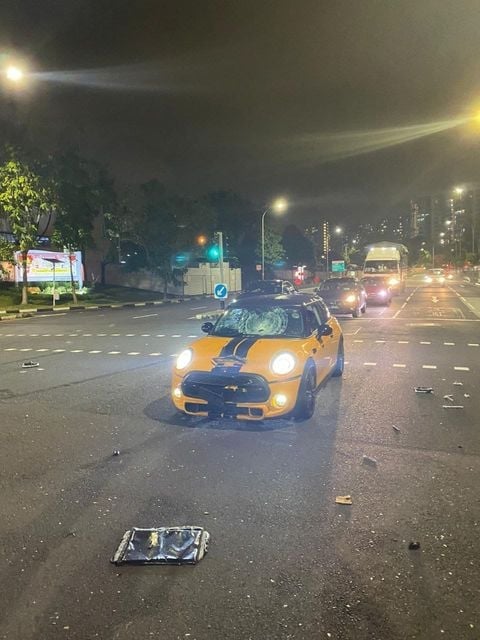 Her husband, unfortunately, passed away after he was sent to the hospital.

Since Mr Teo’s passing, his 8-year-old daughter has reportedly cried numerous times while expressing her longing for her father.

She took the chance to express her appreciation for members of the public who rendered help by directing traffic and sheltering her husband from the rain.

Other food delivery riders have also initiated donation drives to help the family through this difficult time.

Despite the outpouring of support, Mrs Teo reportedly finds it hard to forgive the driver involved, saying that,

I will never forgive him, I don’t want him at my husband’s wake.

Learning about the deceased’s relatives and the grief they’re going through only makes this incident even more heartbreaking.

We hope riders and motorists alike would stay safe while on the roads by adhering to the traffic rules.

Those with information that may help with investigations can reach out to the deceased’s family via the Facebook post here.

Once again, our heartfelt condolences go out to the late Mr Teo’s loved ones. May he rest in peace.