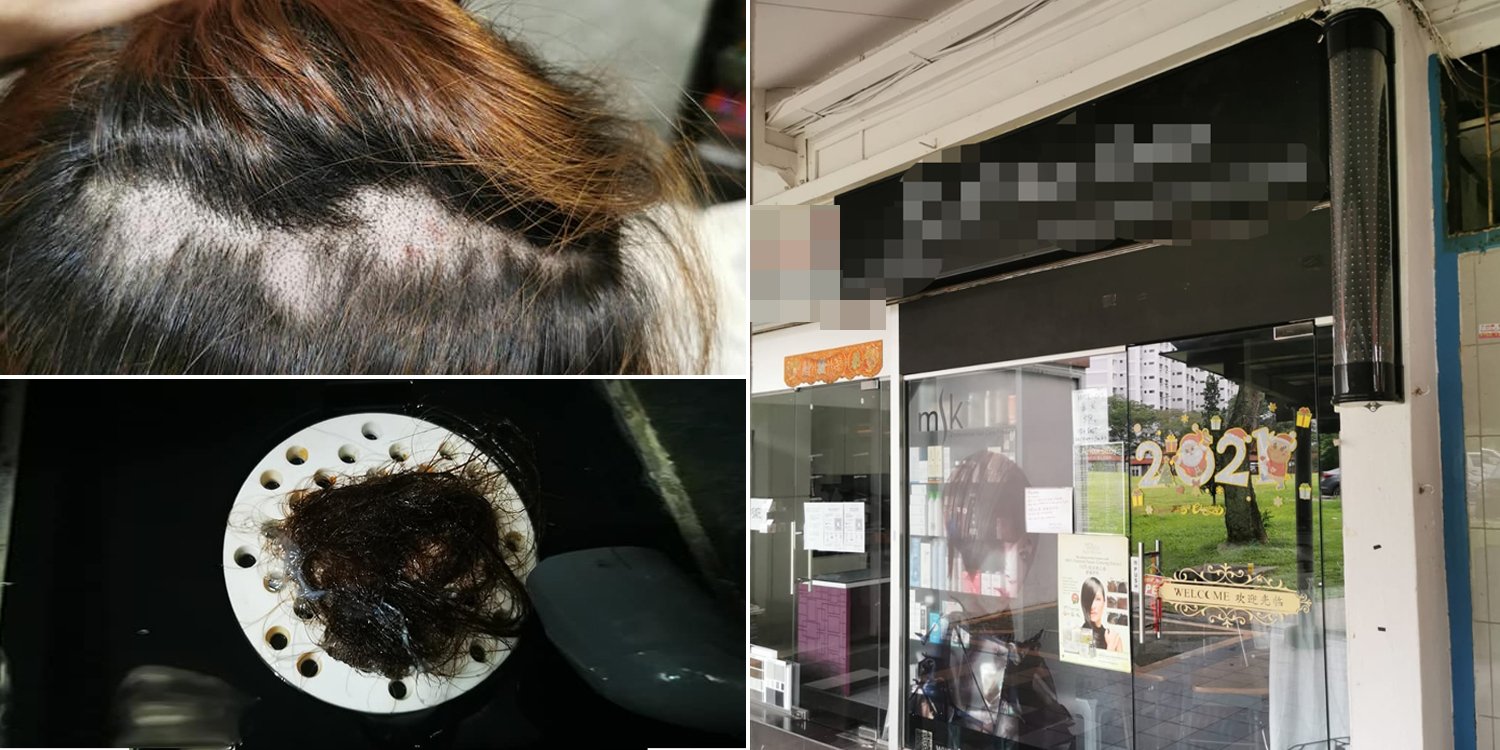 With Chinese New Year (CNY) less than a month away, many of us have already made salon appointments so our manes will look swee swee during the festive period.

On Friday (15 Jan), however, one lady took to Facebook to share how she allegedly got huge bald spots after a recent trip to a salon in Jurong. 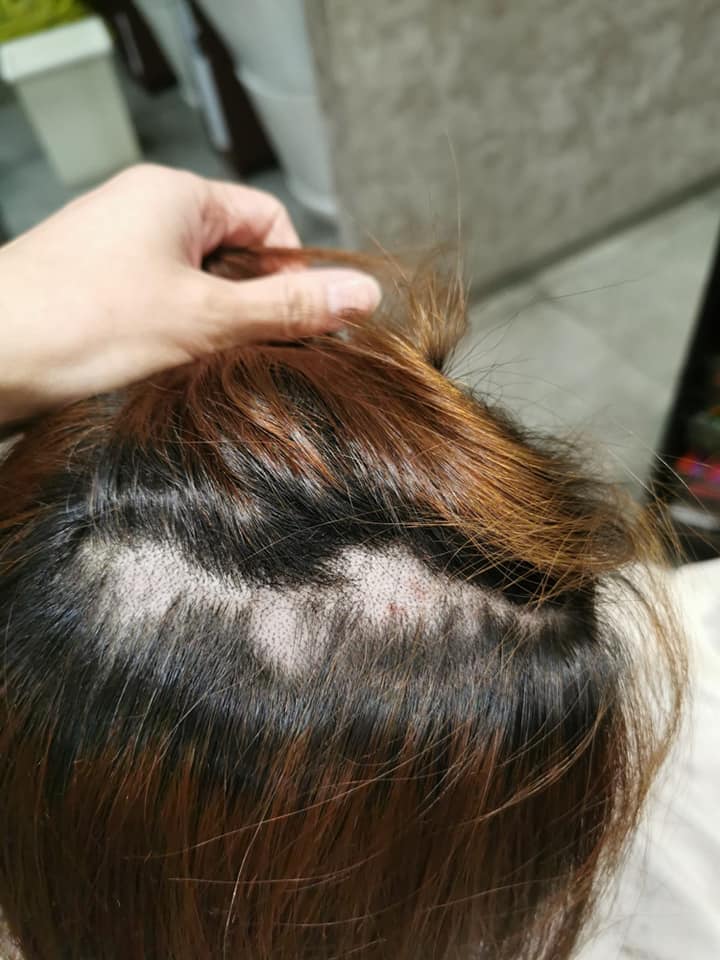 After a series of events, the incident has now turned into a legal case, with the salon reportedly denying any wrongdoing on their part.

You can read the post in full here, we also summarise it down below.

According to the post, the lady visited the salon along Jurong West Street 41 to straighten and dye her hair in late Nov 2020. 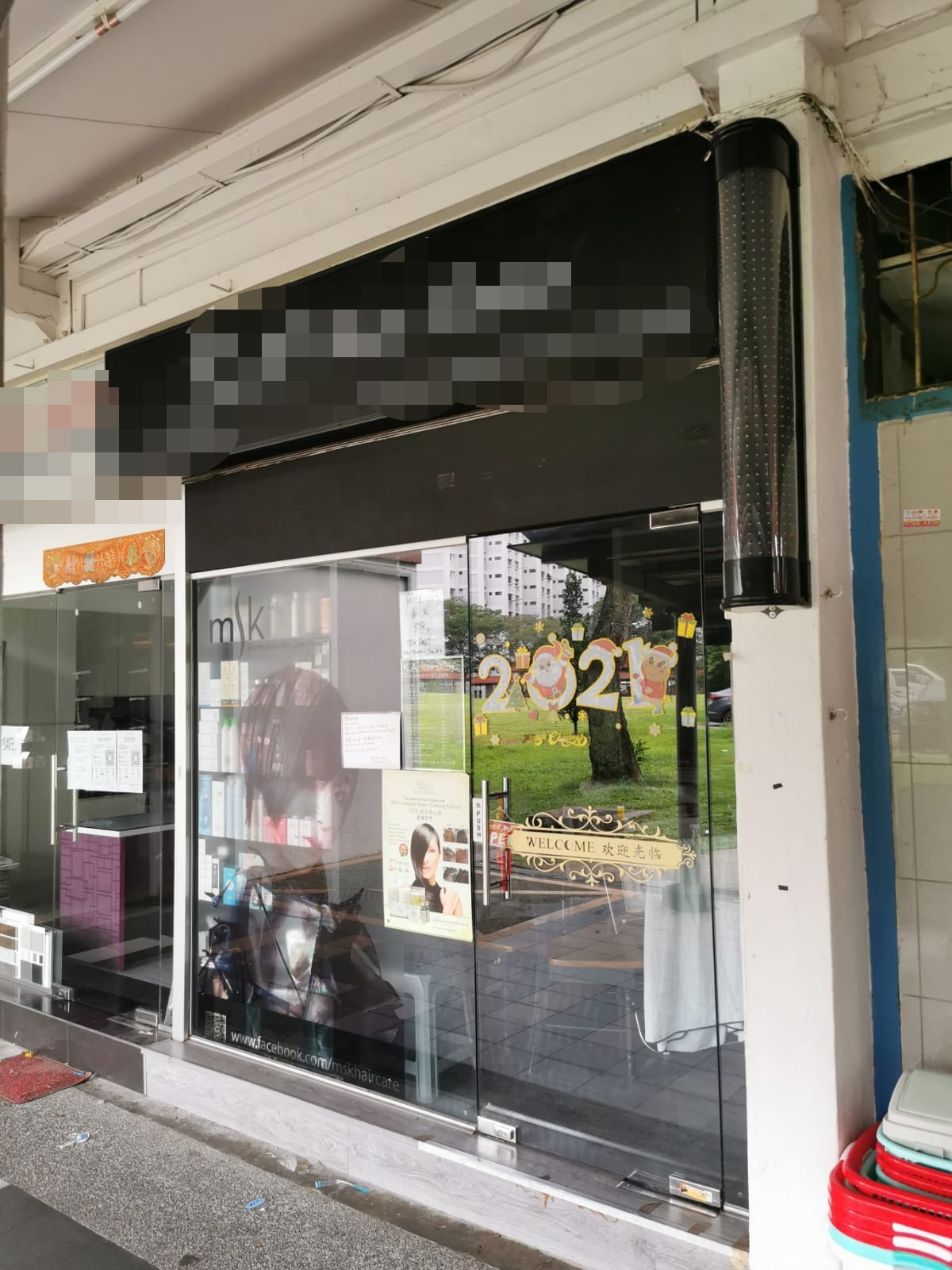 Though that wasn’t her first time visiting the salon, the lady didn’t expect her 3rd visit to be the “worst nightmare in her (my) life”.

Starting off the procedure, staff apparently applied a softening chemical to the lady’s scalp and hair before leaving it to sit for an hour.

While waiting, the customer reportedly experienced “itch and some burning sensation”, but did not think much about it.

Later, the hairdresser led her to a basin where her hair was soaked with an unknown chemical.

However, as the hairdresser started combing through the customer’s hair, strands allegedly started coming off “bunch by bunch”.

The lady purportedly remained cool, but eventually lost her temper when she realised there was a huge bald spot on her head. 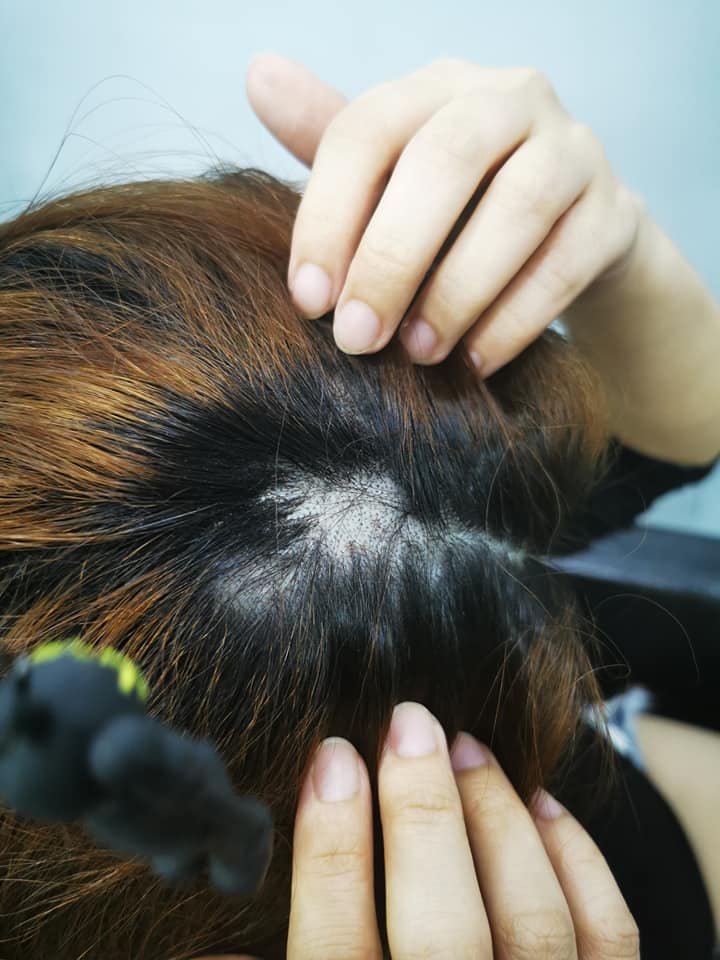 According to the customer, the hairdresser claimed that she didn’t notice the bald spots prior to the treatment. The lady, however, argued that if a bald spot that huge had existed before, the hairdresser would surely have noticed before applying the chemicals.

Following the mishap, the lady left the salon without finishing the procedure.

Later, she allegedly discovered that there were in fact several bald spots, and had to snip her hair to shoulder length. 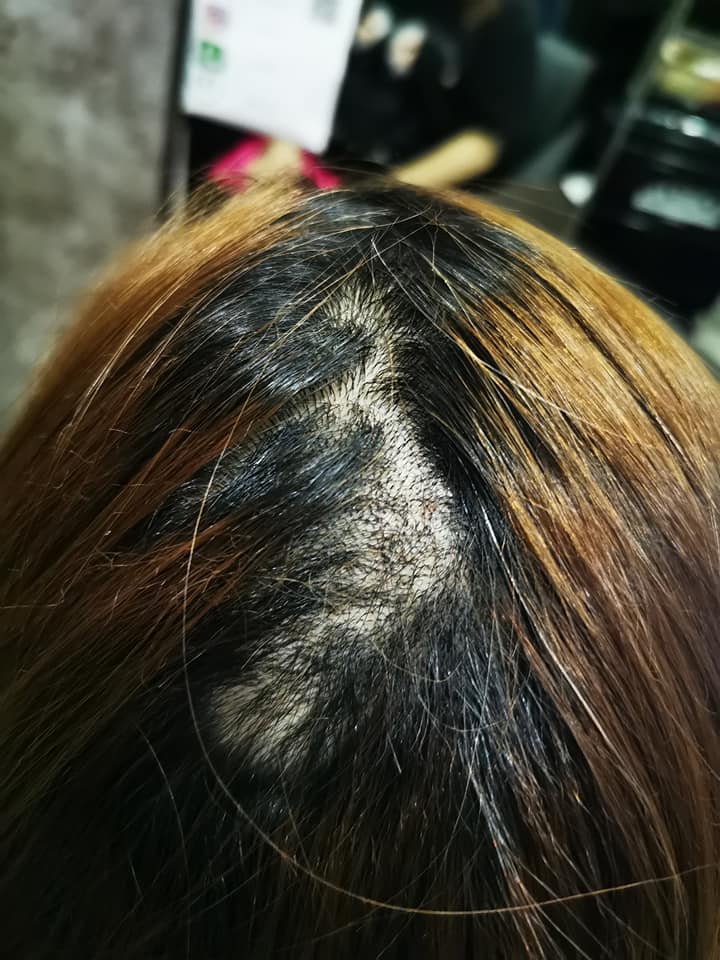 2 days later, the lady returned to the Jurong salon to determine the extent of the damage.

Though the hairdresser attending to her apologised repeatedly, she claimed that they were unwilling to meet the $10,000 compensation she requested for.

In the end, the salon’s boss advised the lady to get a quotation for her treatment while she discussed with her business partner.

Clumps still fall off whenever she washes hair

The next day, however, there was allegedly a change in the boss’ tune.

Instead of acknowledging the treatment fee when the customer contacted them, the boss allegedly told her to proceed with legal actions.

Even today, the lady claims that large clumps would fall off whenever she washes her hair. She also has had to go to great lengths to cover the bald spots whenever she goes out. 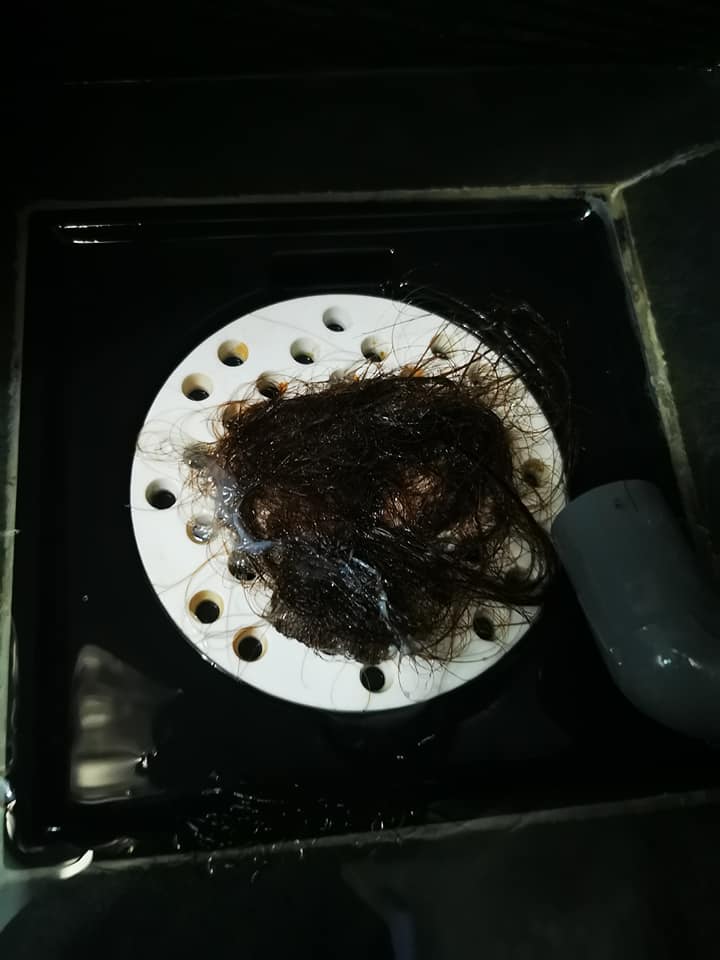 On Friday (15 Jan), the customer reportedly received a lawyer’s letter, stating that the salon now denies responsibility for the mishap.

The letter included a request for the customer to return to the salon, so their professionals could examine the extent of the damage.

Ending her post, the lady wrote that the sudden turn of events shocked her, and urged netizens to share her story.

Though the account above sounds pretty damning, it remains a one-sided story that we should take with a pinch of salt.

After all, we don’t have the salon’s side of the story yet.

However, if the events are indeed true, we can sympathise with the lady’s predicament.

At the end of the day, we can only hope for both parties to resolve the matter amicably, without the case going to court.