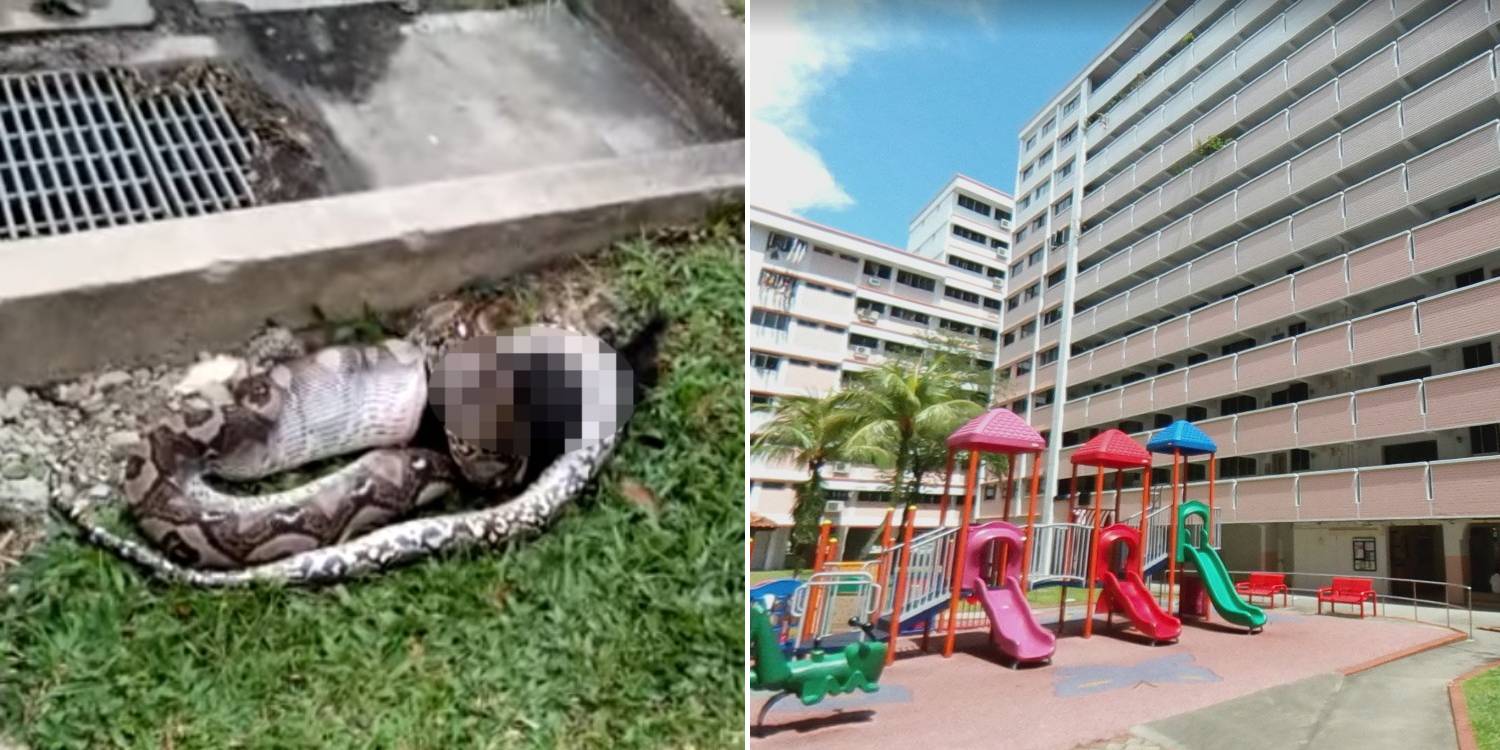 An unfortunate end to the Jurong community cat's life.

Despite how highly-urbanised Singapore is, most of us wouldn’t find it strange to occasionally find snakes slithering around in our neighbourhoods.

After all, they inhabit our jungles and nature trails and may somehow have wandered into our hooman estates.

A Jurong West community cat, unfortunately, fell prey to one such serpent. 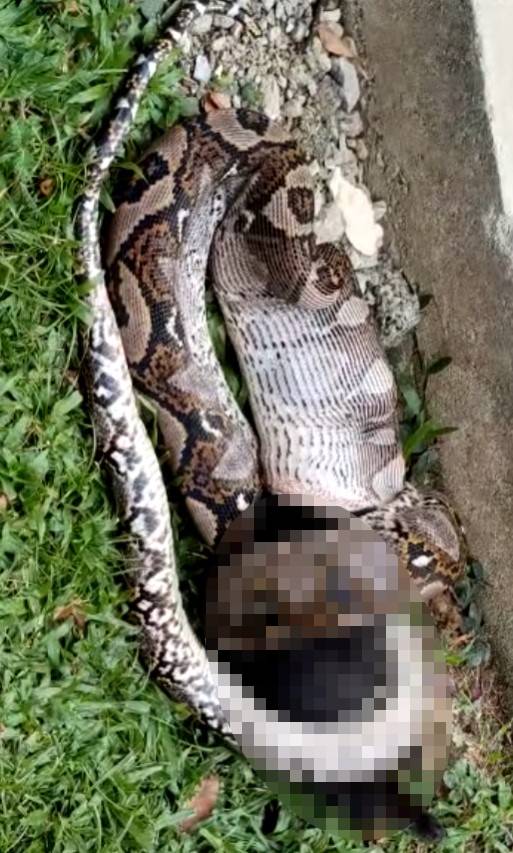 The python already had half the cat’s body in its mouth when residents spotted the gruesome scene. 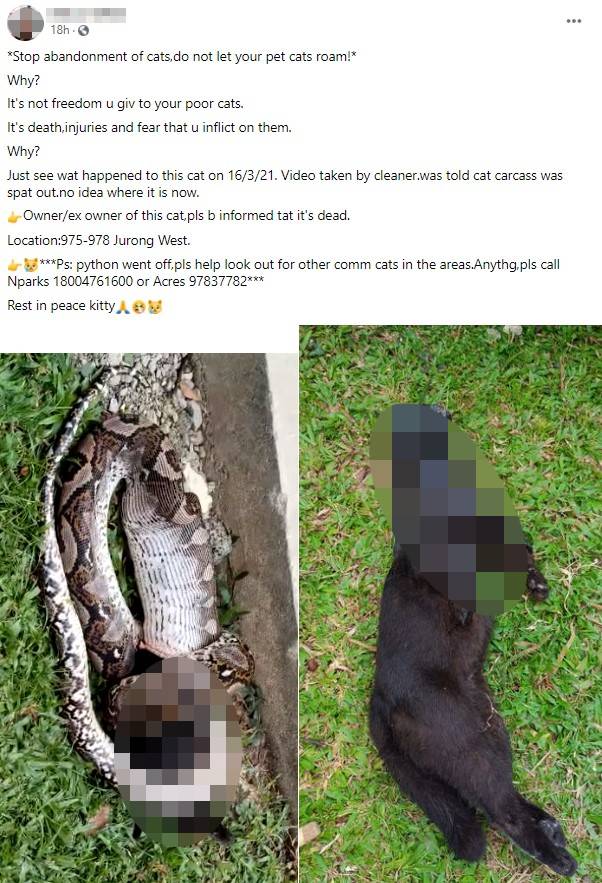 According to her, a black cat fell victim to a python in the Jurong West estate on Tuesday (16 Mar). 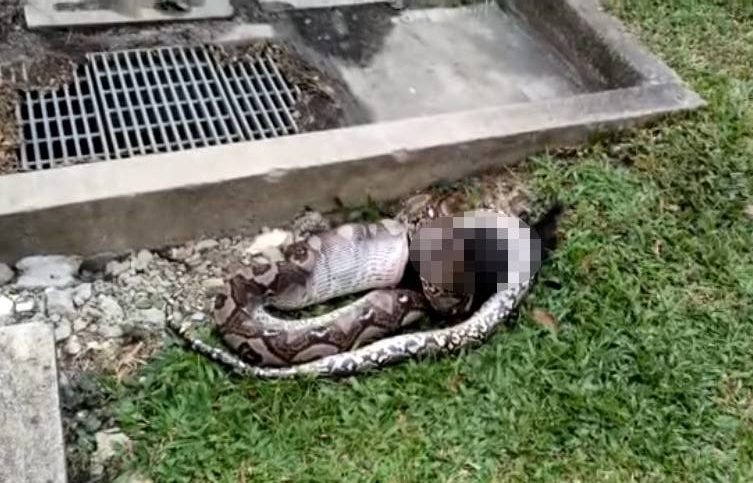 In the video, the python was seen attempting to swallow the cat whole while tightening its hold.

However, the cleaner who took the video of the horrific scene told Ms Siau that the cat was “spat out” midway. 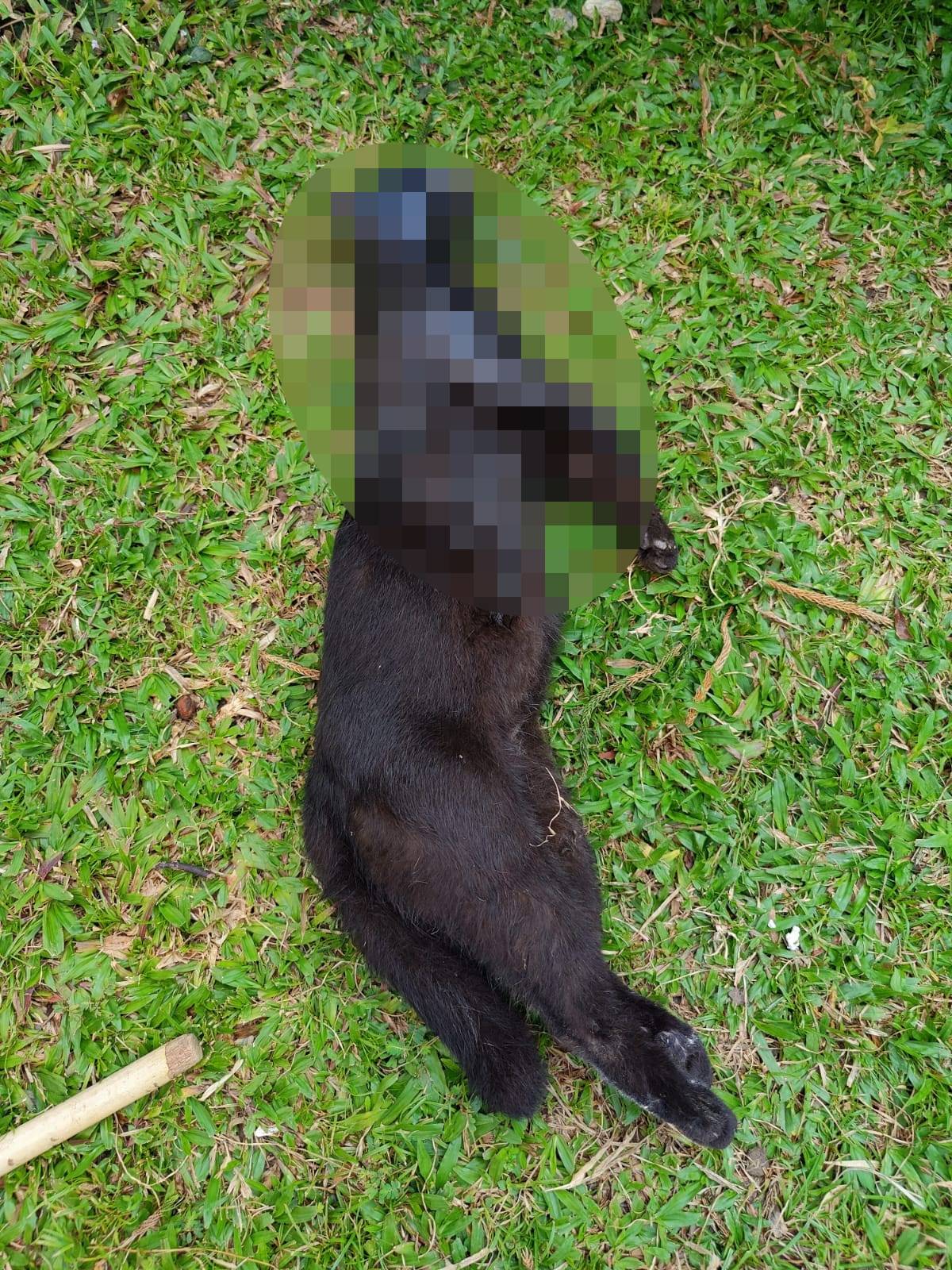 Unfortunately, the poor cat didn’t stand a chance against the predator.

Even though the python gave up halfway through, the black cat succumbed to its dismal fate.

Call relevant authorities if you spot a snake in your estate

In her post, Ms Siau cautioned the public to look out for snakes in their community spaces.

She also urged people to call the relevant authorities if they were to catch sight of these reptiles in their neighbourhoods.

Here are some useful helplines:

Look out for your community cats

Hopefully, the python will be caught soon and this will be the last of such cases in the Jurong vicinity.