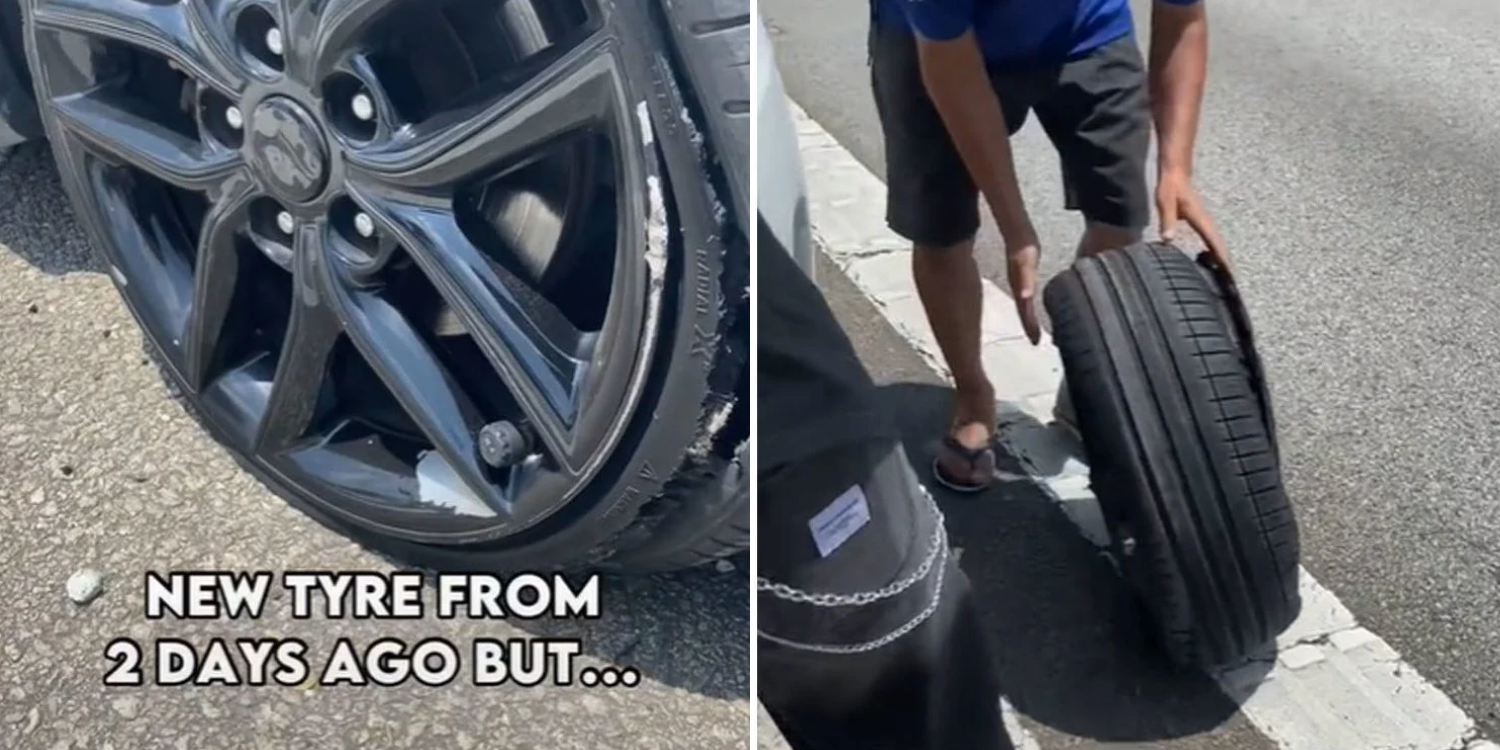 The lorry driver was in a rush and left before the couple could thank him.

Stopping in the middle of an expressway like the CTE can be dangerous. When a couple was forced to do so due to a flat tyre, a kind lorry driver, fortunately, came rushing to their assistance.

TikTok user Stella, who goes by the handle @pluufuykeke_pqqt, shared about her experience on Sunday (20 Mar). She described how a flat tyre stranded both her and her girlfriend on the CTE.

Thankfully for them, a kind lorry driver stopped to help, though he left right after in a hurry. At the end of the video, the pair thanked the driver profusely for his aid.

In the TikTok video, Stella explained that the tyre had been purchased 2 days ago. However, it allegedly blew suddenly on the expressway, leaving the wheels looking quite bare. 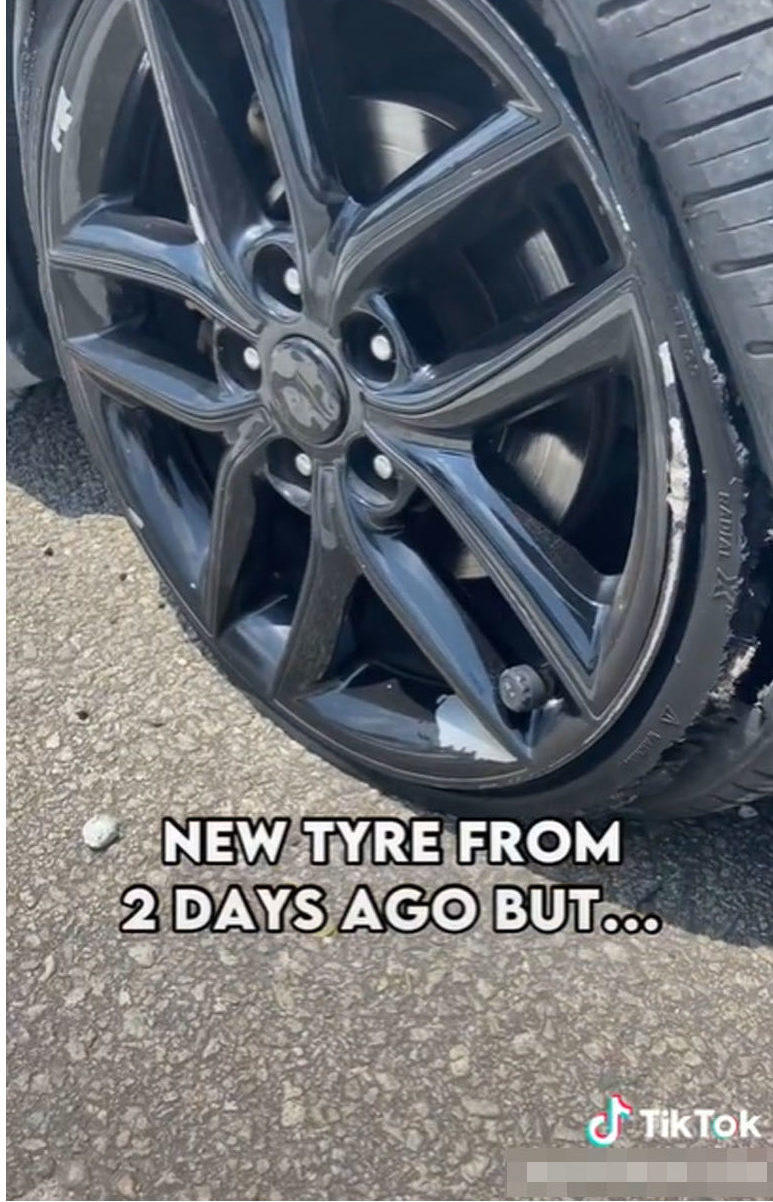 Seeing them stranded along the road shoulder, a lorry driver who happened to be passing by pulled up in front of them. According to Stella, he happened to have the necessary tools and so assisted the couple with replacing their busted tyre with a spare one. 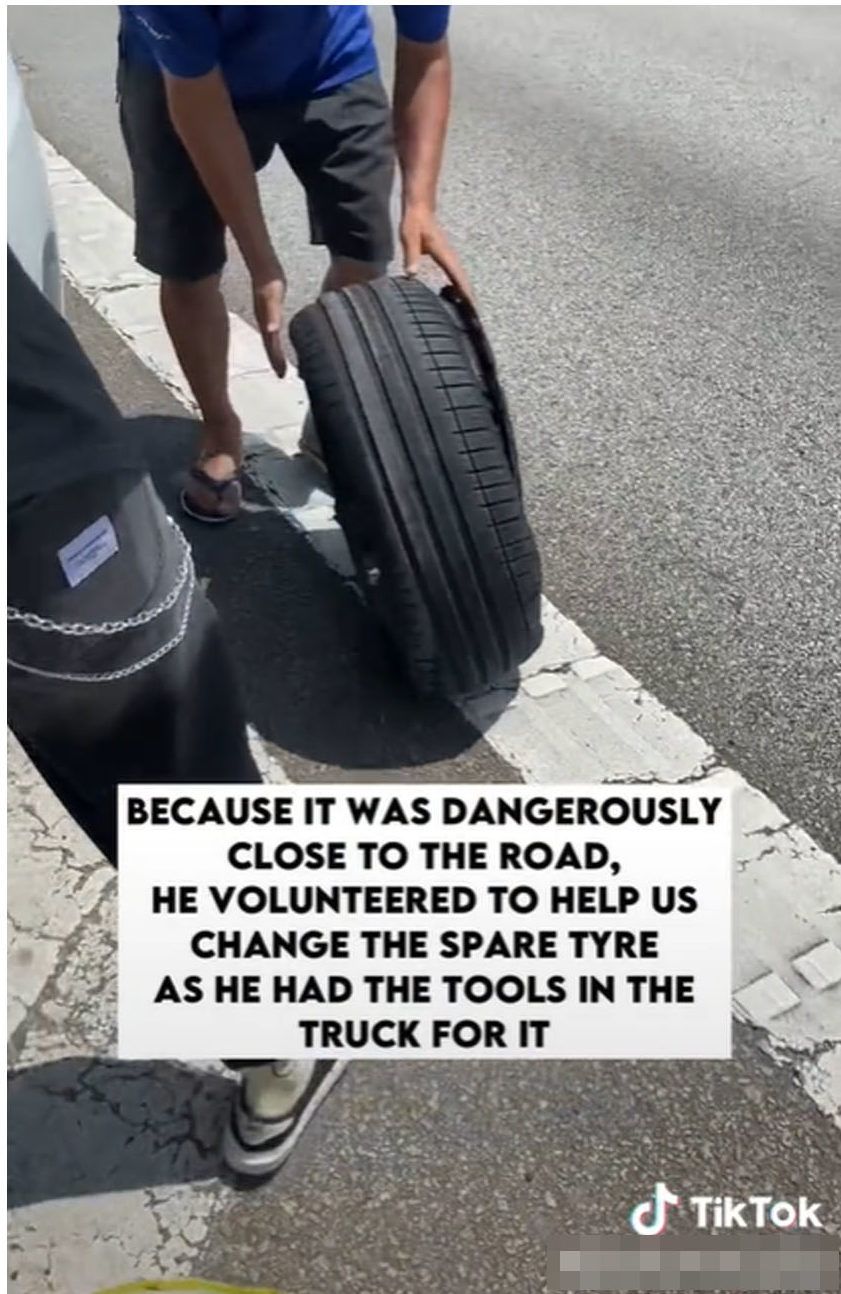 After helping them, the driver apparently left in a hurry, as though he had an urgent matter to attend to. Because of this, the couple couldn’t express their gratitude or offer payment for the driver’s help.

At the end of the video, Stella’s girlfriend addresses the camera and expresses her gratitude for the driver.

She thanked him profusely, saying in Chinese,

Thank you for your tremendous help. Hope you will also meet kind people like yourself if you need help in the future.

In a separate comment, Stella clarified that the driver was in a rush and departed before they could offer any payment. She also asked if anyone knew the driver’s identity so they could convey their gratitude.

A TikTok user has since identified the driver’s workplace.

Heartening to see motorists helping one another

It is rare to witness such unconditional acts of kindness, especially on an expressway where traffic is often heavy.

However, it is also heartening to learn that some motorists are always ready to extend a helping hand to others in need.

Kudos to the lorry driver for going out of his way to assist fellow road users in such a dangerous situation. We hope the beneficiaries managed to identify the truck driver and convey their thanks.