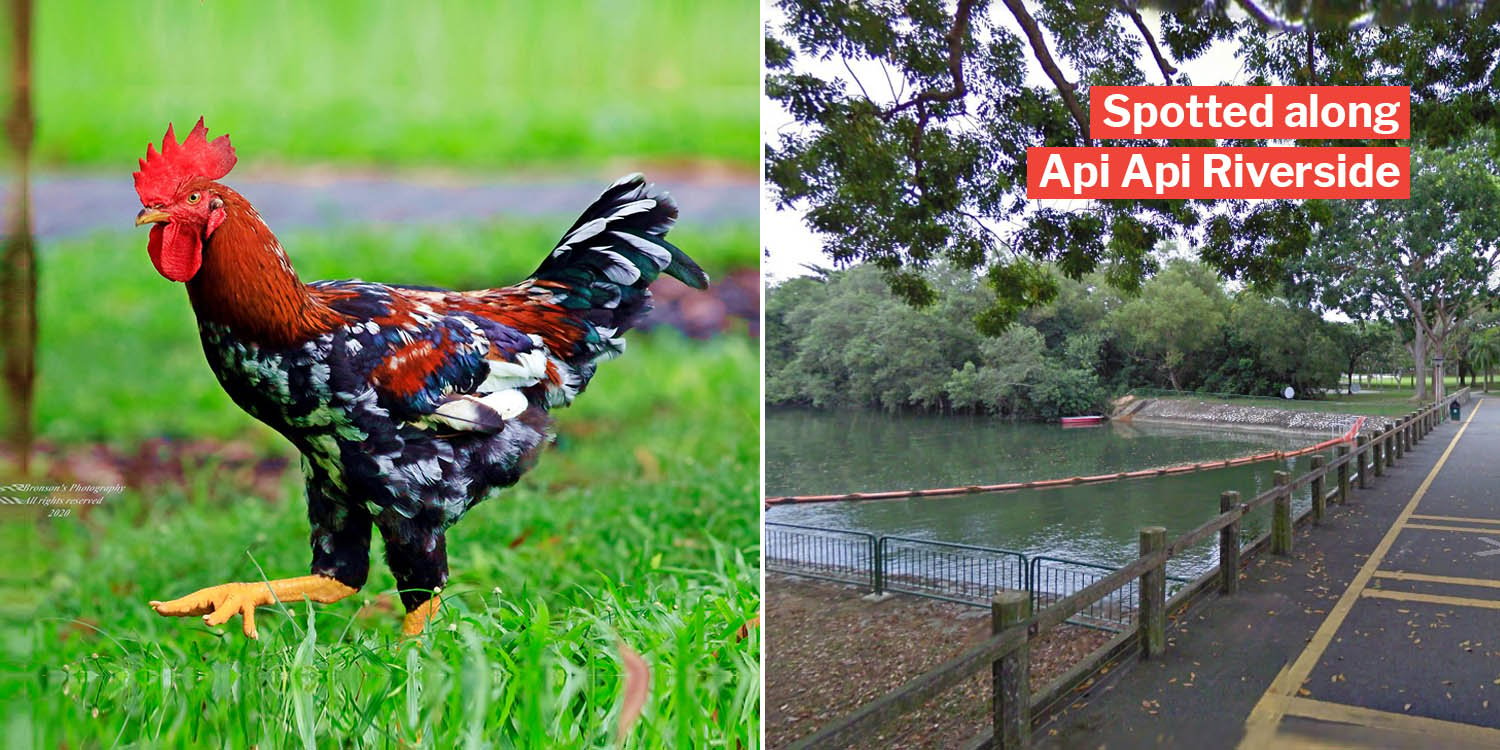 Singapore may be an urban jungle, but that hasn’t stopped a couple wild roosters from popping up in HDB estates and neighbourhood parks before.

If you didn’t know it yet, roosters are more commonly sighted in coastal parks like Sungei Buloh Wetland Reserve and Pasir Ris Park.

Eric Bronson, a photographer in Singapore, had the luck of running into a majestic rooster, sporting bright, bold, and beautiful plumage. 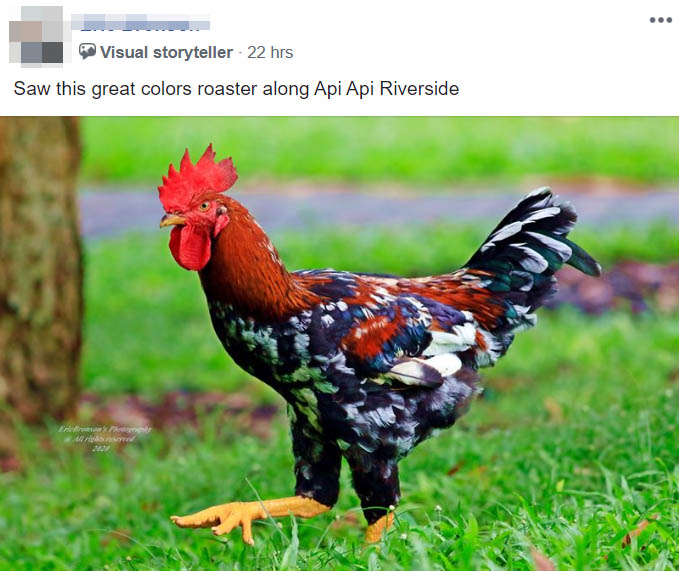 Among the eye-catching colours are blue, green, and even hints of purple — definitely not colours commonly seen on a rooster. 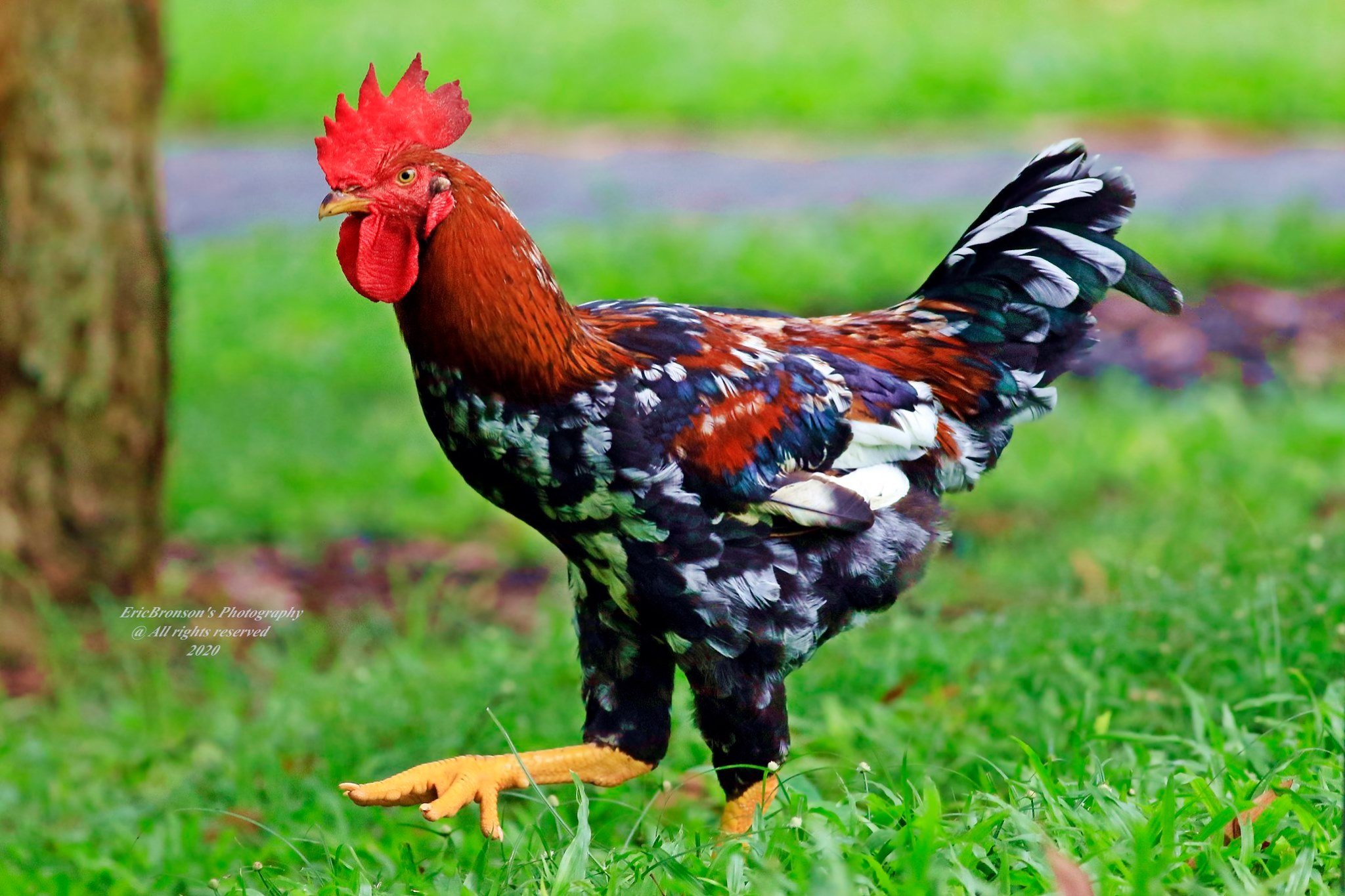 Api Api Riverside is a popular haven for free-roaming chickens. Residents living in nearby estates have embraced them, as they are a wonderful addition to the kampung atmosphere there.

People love capturing them in photos or videos.

Once, Pasir Ris otters had even gotten into a fight with the roosters.

Life can be quite dramatic at times for Singapore wildlife and animals.

Netizens – mostly comprising group members of Nature Society – fell in love with the rooster instantly. Some were calling it “beautiful” and “handsome”.

One group member said even though she is used to frequent sightings of roosters and hens at her ulu neighbourhood, she hasn’t seen one with such beautiful plumage.

One member even noticed the rooster’s oddly large feet, which reminds him of a Sesame Street character called Sam the bald eagle.

Some netizens have speculated that this rooster’s breed might not belong in the wild. They deduced that it could be someone’s pet.

Roosters may not get much attention compared to celebrity-like otters of Singapore, but they are definitely a welcomed addition to estates near Pasir Ris Park.

Have you encountered any rare, beautiful roosters in Singapore before? Share your photos with us in the comments below.